The 'Batman' TV series sure liked to label everything 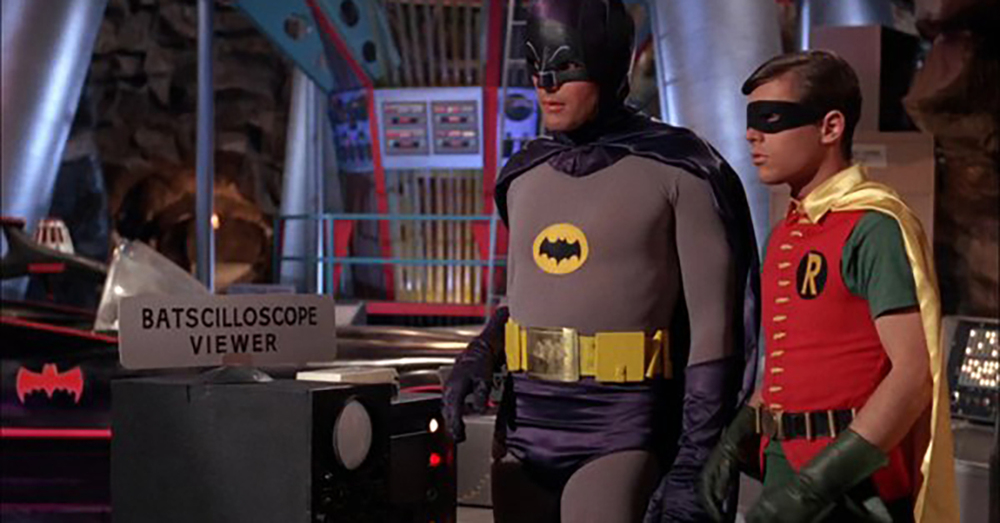 One of the big appeals of the 1960s Batman television series is its pop-art look. Who doesn't love those colorful bursts that come with each punch of the Caped Crusader? POW! BAM! SPLAT! It's pure eye candy.

The show also had a penchant for labeling, well, everything. Certainly every gadget, gizmo, tool and technology in the Batcave and beyond came branded with a cut and dry description of what it was. One new Twitter account and Tumblr page has taken up the task of documenting all these playful signs. Batman66Labels is a reminder of Batman's playful tone of yesteryear. It's also just a good resource for looking at close-ups of props from the TV show, all the Bat-this and Bat-thats.

Close up, you can see that many of these labels are obviously, charmingly handmade.

The modern day Batman is moody and gravel-voiced. Perhaps if we all chipped in and got him a label maker machine he would cheer up.

Here are some of our favorite posts from Batman66Labels. We are particularly fond of a rare art map labeled "DEATH BEE BEHIVE TRIP WIRE."