Where To Watch Shop Store Contact
Home / Stories / Star Trek was just one of the pilots Gene Roddenberry made for Desilu in 1965
Did you know?

DeForest Kelley played the lab chief in this police drama. 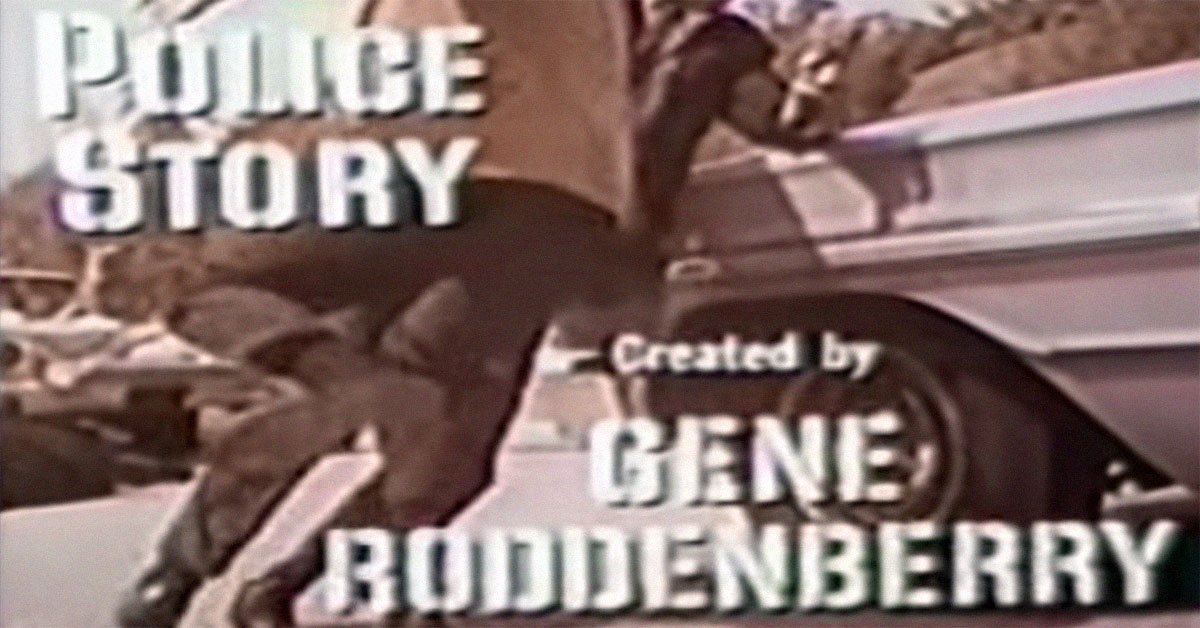 "Desilu Expands Creative Staff," a headline read over a short blurb in an issue of Broadcasting Magazine in May 1964. Lucille Ball's production company was looking to beef up beyond comedy. "[An] agreement brings writer-producer Gene Roddenberry to Desilu to
develop and produce three one-hour dramatic series," the news item announced.

Of course, we all know one of those three shows. It was Star Trek, of course, though the now-iconic series would certainly have its development hurdles. You know, like having its first pilot rejected by NBC before shooting an unprecedented second pilot episode. 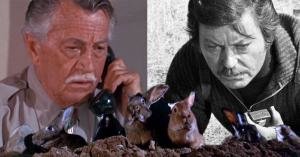 Did you know?
Both original Star Trek doctors came together to fight giant man-eating bunnies in 1972

We are here to talk about one of those other Roddenberry ideas, one that nearly made it to series.

Jump forward six months. Broadcasting published further updated to NBC's development slate. "Star Trek is a one -hour science fiction possibility for the network, planned by Desilu with Gene Roddenberry the producer," the trade mag wrote. "Assignment 100, a one-hour action series created by Roddenberry-Blees, is another possibility." The Blees half of the creative partnership was Robert Blees, the screenwriter behind 1958's High School Confidential!

In his personal letters, we can see how anxious Roddenberry was to get Assignment 100 off the ground. He needed the money.

"The Assignment 100 pilot script has been completed for a week," Roddenberry wrote writer/producer/agent Alden Schwimmer in 1965. "And, although I’m aware there has not been time to complete an overall Desilu deal, I can no longer go along without some sort of income."

The project would change names twice more in its development stage. Assignment 100 eventually became titled Code 100. In contrast to the high-concept, philosophical science-fiction of Star Trek, Code 100 delivered something far grounded and familiar — it was a cop show. 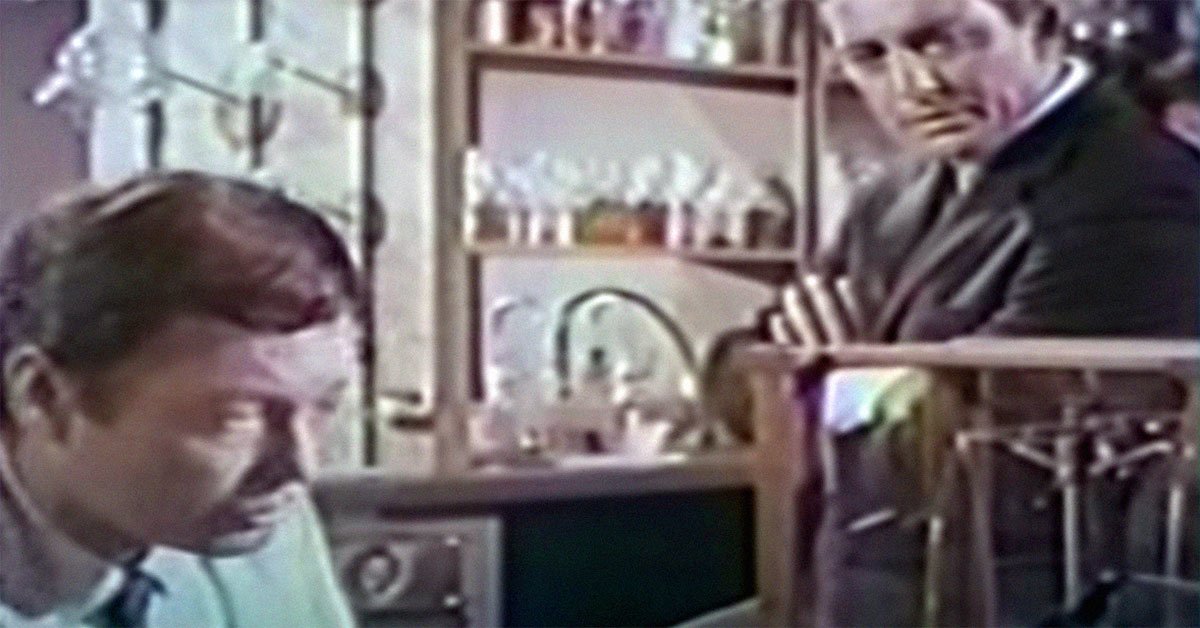 The Code 100 script centered around two detectives, James Paige and Ed Questor. In the pilot, the partners must deal with both a sniper in the wild and a new boss in the offices. Fortunately, they have a clever criminologist on their side, Lab Chief Charlie Greene.

When it came time to film the pilot, a familiar Star Trek face filled the role of Charlie Greene. It was none other than Bones!

DeForest Kelley took the role of Lab Chief Greene in the pilot. The pilot sat for a while before NBC heavily considered it as a midseason replacement in the 1967-68 season. By this point, the project had taken on yet another new name. The prospective show carried the matter-of-fact title Police Story. It aired as a TV special on September 8, 1967. This Roddenberry-helmed Police Story had no relation to the 1973–77 series Police Story created by Joseph Wambaugh. (However, that did air on NBC, so perhaps the network was feeling apologetically nostalgic.)

Kelley was not the only Enterprise crew member aboard Police Story. Grace Lee Whitney (Janice Rand) appeared in the pilot as Sgt. Lilly Monroe.

It's just as well the show flopped. If NBC had bought into Police Story, we might have never seen Dr. McCoy aboard the Enterprise. This might explain why a different doctor, Paul Fix's Dr. Piper, served as the chief medical officer in the second Star Trek pilot, "Where No Man Had Gone Before." Kelley was busy in another Roddenberry pilot! 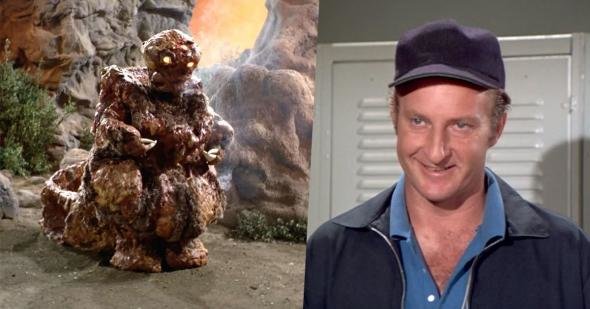 Did you know?
This Star Trek creature also happened to be the Brady boys' football coach 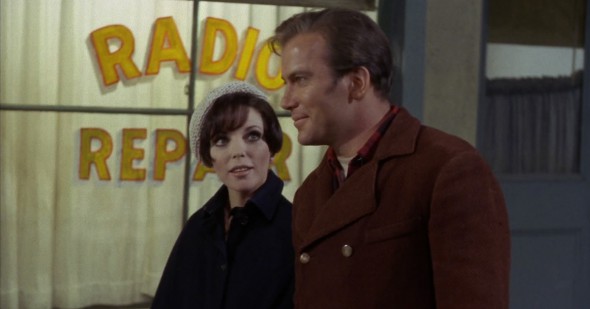 Did you know?
8 fabulous facts about Joan Collins
Are you sure you want to delete this comment?
Close

MarkSpeck 23 months ago
One of the two detectives was named Questor. Roddenberry later did a TV-movie called The Questor Tapes. Coincidence?
Like Reply Delete

Hogansucks1 26 months ago
Roddenberry was a marvel genius- R.I.P. Gene! 😇
Like Reply Delete

dmarkwind 28 months ago
So what was Roddenberry's third 1967 pilot?

Hogansucks1 dmarkwind 26 months ago
? Don’t know . What was it ? 🙂
Like Reply Delete

Charles1764 dmarkwind 19 months ago
It was “The Long Hunt for April Savage”. A western written by Sam Rolfe, co-creator of “Have Gun — Will Travel” and “The Man from Uncle”.
Like Reply Delete

dbalius 28 months ago
Roddenberry’s fingerprints are all over late 50’s and early 60’s TV. Watch episodes of lots of westerns like “Have Gun, Will Travel” and you’ll notice many of the better written ones came from the typewriter of Gene Roddenberry.
Like (1) Reply Delete

Hogansucks1 dbalius 26 months ago
How cool would that be to own Gene’s original typewriter he used on your desk !! 🙂
Like Reply Delete