Where To Watch Shop Store Contact
Home / Stories / Spock's ears caught the attention of many people, just not in the way he expected
Star TrekLeonard NimoyDid you know?

Spock's ears caught the attention of many people, just not in the way he expected

Mr. Spock had a dedicated fan base, with or without the ears.

December 28, 2022, 2:52PM By MeTV Staff
On Now
Every Time Spock Said Fascinating on Star Trek- The Original Series
Up Next:
Share

With that much space traveling under his belt, Nimoy was on top of the world (and out of it) quite often. The man with the ears certainly made a name for himself, and not just in show business, but with fans... and women all across the country.

The Star Trek star was a character that many women fell in love with. Was it the ears? Or did women in the era just want a partner who would only speak when it was logically relevant?

In a 1968 interview with El Paso Herald-Post, Nimoy admitted he wasn't sure why women would be interested in a pointed-ear Vulcan in space. 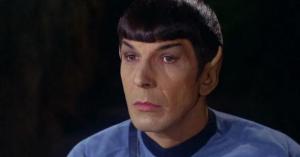 Leonard Nimoy said this is what everyone got wrong about Spock

"College professors have written me that their sociology classes have studied the implications of a Vulcan isolated aboard a space ship with human beings," Nimoy said. "They wanted to discover the reason for his popularity."

During the time of this interview, Nimoy said he would receive up to 500 letters a week from hopeful women, plastic surgeons and more.

Nimoy's conclusion for all the attention his character developed: he is rejected and doesn't dig earth-type girls.

Although some parts of his popularity confuse him, many fans got his message with or without the pointed-ears.

In a 1968 interview with Star-Gazette, Nimoy said he had no idea his success would come so quickly after the first episode hit the air.

"I had no idea what mass exposure and public acceptance could be," Nimoy said. "I had considered the possibility of moderate success with some interviews, phone calls, a fan club... then offers for personal appearances poured in. The depth and breadth of it was far more intense than I ever imagined."

"I never even dreamed that this kind of problem existed," he said. "But when you begin to look forward to the size of the crowds and begin to compete with yourself and others for popularity then you're dead artistically."

Man or woman, young or old, it doesn't matter when you stand for Nimoy's message. 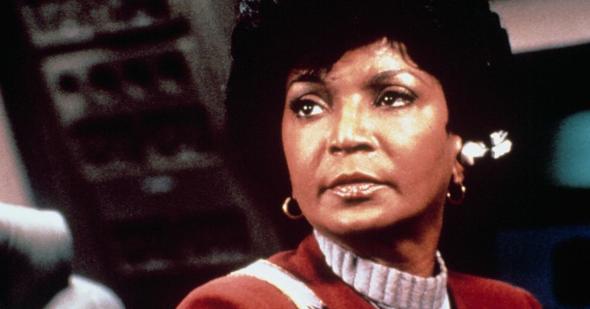 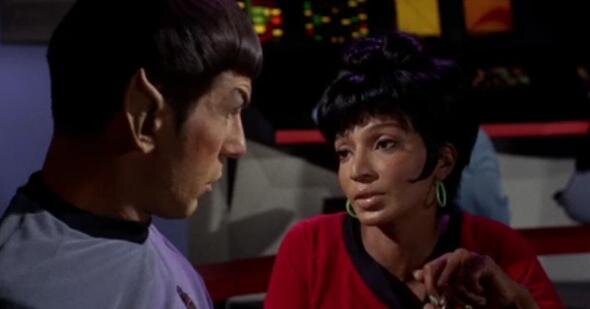 Star TrekNichelle NicholsQuizTrivia
Did Lt. Uhura say these lines in the series premiere of Star Trek, or in her final episode? 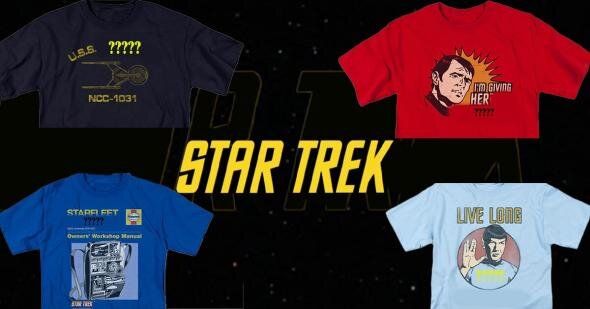 Star TrekMeTV Mall
Can you complete these Star Trek phrases and gadget names that appear on T-Shirts?
Are you sure you want to delete this comment?
Close

Mblack 1 month ago
I once gave a friend a pair of Spock ears. She already looked good, but the ears added to her.
Like Reply Delete

Skippy007 1 month ago
I have told this before but, I went to school with Mr. Nimoy’s children Julie and Adam at Emerson junior high in LA. Julie was in my classes and Adam was behind us. They were very nice. Also Robert H. Justman the co producer was my neighbor on Loring Avenue in West LA. Very nice man and he gave me a model of the Enterprise to put together, that was in 1967. Live long and prosper. Happy New Year to all. It’s 12/31/22.
Like (2) Reply Delete

JJ614 1 month ago
It's actually very simple - and logical. I was 13 in 1966 and fell in love with Spock on the spot that very first episode.
He was:
1. The first prime time alien who didn't want to kill us, conquer us, control us, take over Earth
2. He was the very first male on TV, movies, or any media - WHO DIDN'T LIE!
And on this last day of 2022, I am more in love with Spock today than ever! And so shall be till I die.
Like (2) Reply Delete

PhilK 1 month ago
A lot of people don’t know that Spock actually had 3 ears: a left ear, a right ear, and the final front ear.
Like (5) Reply Delete

kb7rky PhilK 1 month ago
Thread over. Someone get the lights.

Catman 1 month ago
I remember reading a piece in TV Guide by Cleveland Amory (who always had a column on the last page) that was about his young daughter's attraction to Mr. Spock. The title of the piece was "Now it can be told ... it's sexy to be smart."

Runeshaper 1 month ago
Mr. Spock is a legend. Live long and prosper.
Like (2) Reply Delete 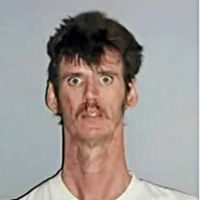 JJ614 spence2054 1 month ago
Although, actually, for one of his earliest film works, he was credited as Nemoy. You can see it on his imdb.
Like Reply Delete

Pacificsun 1 month ago
As to the Clip above, referencing the number of times using "Fascinating." The story goes, early, early on, that LN was very concerned about being limited (emotionally speaking) by the personality of a Vulcan. And unable to use typical physical reactions and gestures. He expressed his concern (not to the main producer) but to a supporting craft person behind the scenes. Who offered him a bit of wisdom, and encouragement. And said (essentially) don't worry about being understated. It can work to your advantage ultimately, as standing out from the other highly demonstrative actors (and acting). And suggested that LN develop a few catch-phrase words and expressions to deliver his own style of impact (within a scene). And sure enough everyone came to quote "fascinating" and remember the raising of an eyebrow, and very rarely both, to suggest a half page worth of dialogue at times. Because Fans were so starved to get inside Spock's head.

What we forget, is being in the moment, back then. Enjoying the Series only one episode at a time. Being fed little hints of clues and mannerisms, which dedicated Fans obsessed over. But how wonderful to establish that imaginary universe from which so much creativity was fast forwarded, even to this day. Not just fascinating. But Amazing!
Like (3) Reply Delete

justjeff 1 month ago
My dear friend Ellie, who as a 16-year-old in Boston did summer stock with an 18-year-old Leonard Nimoy told me Leonard's first love was singing. He followed the path of acting [presumably] as a means for income.

When he decided to leave for California to try his luck out there, he invited Ellie to come along. Her parents (dad was a Boston cop) told him there was *no way* they were allowing a 16-year-old to go to California. The rest is history.

As I've mentioned before in another thread, Ellie married a few year later, and she and her now-deceased husband [Jimmy] owned the THIRD Dunkin' Donuts franchise ever established... and got into hot water with the company founder who wanted the locations to just be walk-up donut stands.

Ellie and Jimmy had built on an extension to the building for people to sit down while having their coffee and donuts! Nowadays, I don't think there are *any* walk-up Dunkin' stands... how things change!

Ellie also told me that when her son (Jeffrey) was around 11, he convinced one of the donut makers at their shop "to save the middles out of the donuts and fry them"... in his own way "discovering" the "donut holes" that someone else in the company eventually decided to market as "Munchkins"...

God bless her, Ellie's now 90 and still sharp as a tack and going strong...

I know this was a long sidebar to the Leonard Nimony article, but every time I read one of these topics, it makes me think of Ellie, her association with Nimoy are her fondness for him...
Like (7) Reply Delete
Load previous comments

justjeff texasluva 1 month ago
Of course I've heard of Doc Watson! How cool that you were related to him. He's definitely one of the pioneers of Country music...
Like (1) Reply Delete

justjeff LoveMETV22 1 month ago
The "Davewich"? There was no chicken involved... just an English Muffin, a slice of cheese (I think it was either Swiss or American but after about 50 years I can't recall), some cream cheese on one side of the muffin and some barbecue sauce. in between.

Place in a toaster oven until the cheese is melted and the muffin is well-toasted. There you go... "secret" revealed! Save me one, OK? LOL!
Like (1) Reply Delete

LoveMETV22 justjeff 1 month ago
That was very generous. I might just have to now. If I do I'll save one for you. LOL. Happy New Year again and long live the "Davewich"
Like Reply Delete

justjeff LoveMETV22 1 month ago
Yes, long live the "Davewich", and rest in peace Dave, my high school buddy who invented it!
Like Reply Delete