The actress passed away on January 6 at the age of 90. 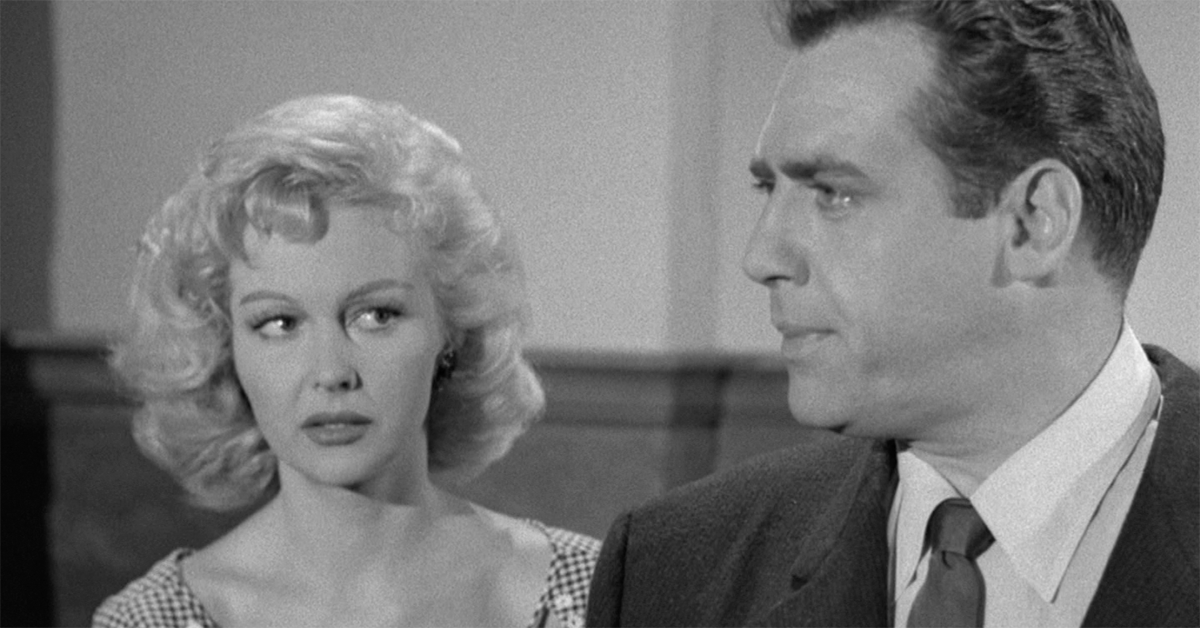 In the 1950s, Greta Thyssen arrived in Hollywood after being crowned Miss Denmark in her native country. Our first glimpse of her in movies was as Marilyn Monroe's body double in the 1956 film Bus Stop, where she also had a bit part as a cover girl. That same year, she regularly appeared on the small screen as a "Pirate Girl" on the game show Treasure Hunt.

An exceptional beauty, it wouldn't take her long to be cast in dramatic roles on critically acclaimed classic shows like Schlitz Playhouse and Dragnet. We remember her best for her tense performance in the third episode of Perry Mason, "The Case of the Nervous Accomplice." On Raymond Burr's witness stand, she avoids Perry Mason's penetrating stare and emotionally fights back tears.

Fans of The Three Stooges will also recall that Thyssen appeared in three shorts, "Quiz Whizz," "Pies and Guys" and "Sappy Bull Fighters," proving the actress could also handle physical comedy with poise.

Thyssen continued acting in the 1960s, featured in a string of TV appearances and B movies, but by 1970 had retired from all stages. She moved to New York, where she lived until she died on Saturday, January 6, at the age of 90.