Where To Watch Shop Store Contact
Home / Stories / Remember how 'Happy Days' made a musical about our nation's immigrant history?
Nostalgia

Remember how 'Happy Days' made a musical about our nation's immigrant history?

The sitcom took a strange detour when the Fonz and Chachi sang about prison and famine. 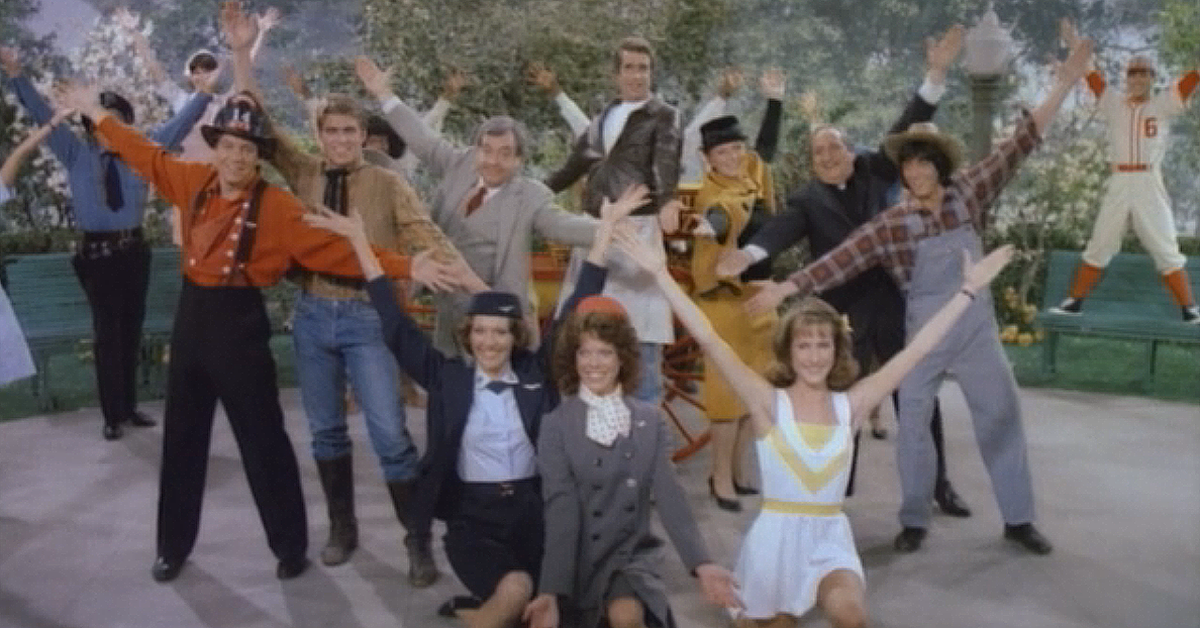 May 26th, 1981, started off as a normal day, but it ended with a bang — the Happy Days musical episode premiered. By the show's eighth season, Ron Howard had already left, Don Most was gone, and the Fonz had already jumped the shark. Where else was there to go but create a musical about our nation's immigrant history? Here's a look back at the unforgettable season eight finale, "American Musical."

It starts with Chachi procrastinating on his history paper. No-nonsense Fonzie walks in and sees his younger cousin goofing off, and he is not pleased. Instead of lecturing him, the Fonz sits down to help Chachi with his assignment. 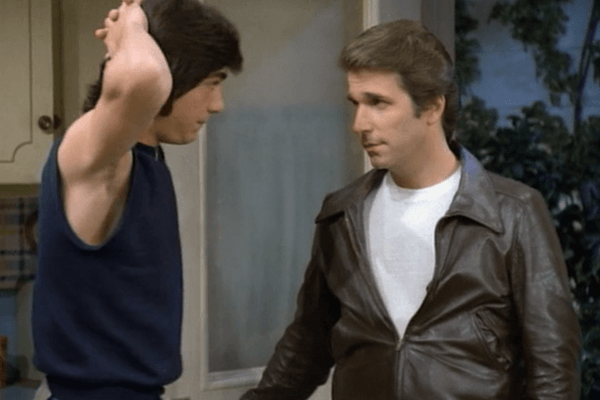 The topic is simple: Write a paper about America as a melting pot while mentioning immigrants' economic conditions, political oppression, cultural influences and personal hardships. To start, the Fonz tells Chachi to narrow his focus on one immigrant's journey instead of giving a broad overview.

This brings us the episode's first musical number. 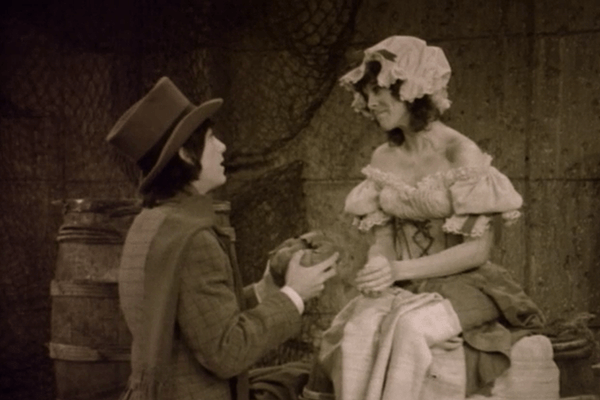 Chachi, portraying Mrs. Cunningham's distant relative, is leaving behind Joannie and the potato famine that plagued Ireland in the early 1800s. It's a sweet ballad, and you can tell the two of them are putting in extra work to earn their spin-off, which debuted less than a year later. 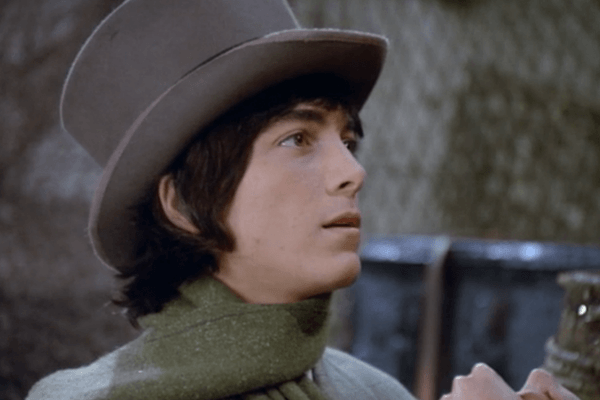 Ditching his own advice, the Fonz switches subjects and tells Chachi he should write about how immigrants had only two options — go to jail, or go to America. (Not entirely accurate, but we'll go with it.) This brings us to our next musical number, "Immigration Blues," where the men sing about being too frightened to sail to a new country. So I guess jail was okay for them? 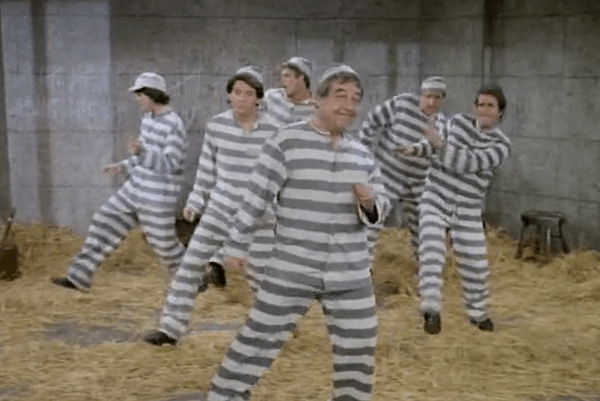 Moving on, the Fonz and Chachi deliberate on how cultural influences affected immigrants coming to America. Naturally, the next musical number features the cast dressing up as Latin American immigrants celebrating their first year in the United States. 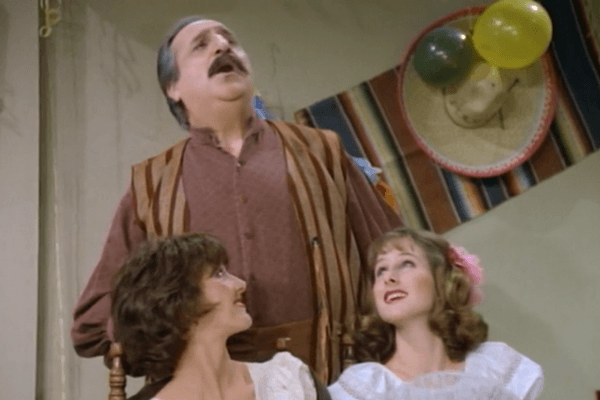 The musical number is an obvious homage to Puerto Rican immigration tale West Side Story, but it also includes Spanish flamenco dancing and a jumble of traditional Mexican props (piñatas, sombreros, etc). Basically, it's a cluster of all things south of the border. 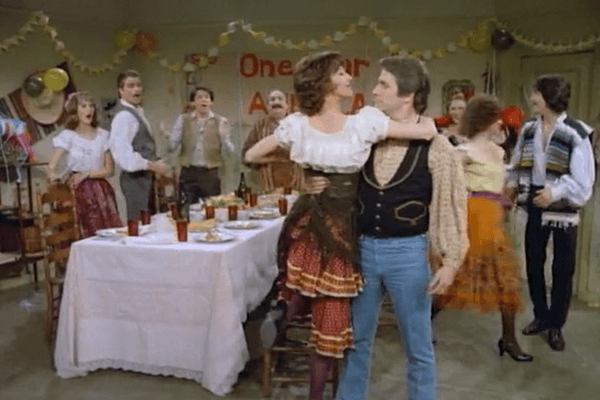 But all of that doesn't matter, because by this point Chachi is absolutely loving this essay. Good work, Fonzie! 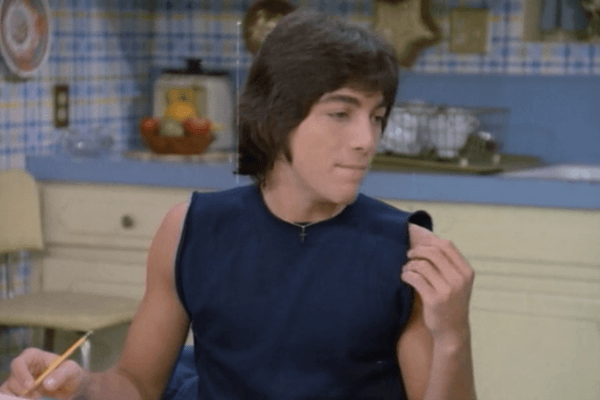 The next musical number is a little boring, so we'll breeze through it. On the topic of personal hardships, Roger portrays his grandfather leaving his country for America. His parents are so proud of his decision, and his mother gives him a gift he'll never forget: a two-minute-long poem! 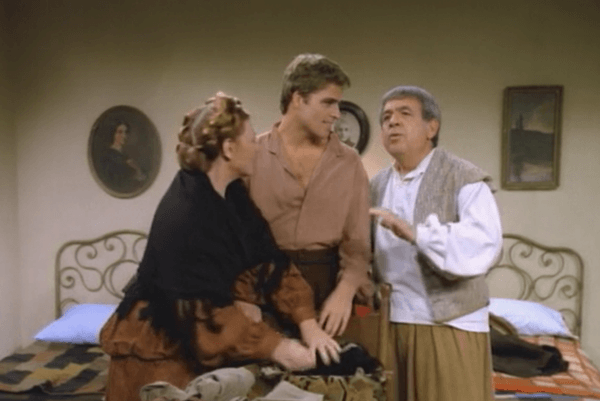 Last, but certainly not least, the Fonz wraps up this musical spectacle by telling his own family's origin story. Naturally, the tale of his uncle's food stand breaks into night's grand finale, "Think Positive." 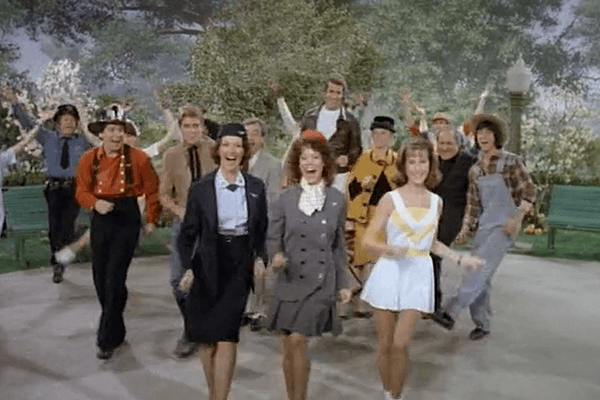 There are a lot of unanswered questions after watching the episode. Why is it a musical? Why didn't Fonzie focus on one immigrant like he said?

But there is a moral to this story — if you think positive, everything will turn out okay. And that's a lesson we can get behind.

By now, we know you want to see this episode for yourself. Have no fear, it's airing Friday night at 9 PM | 8C on MeTV.

Steve 16 months ago
Of all the oddball episodes of this series, this is the oddest. And one of the worst. Although the one where they go out west and save their uncle's ranch is also pretty awful. At least the jump-the-shark episode sort of made sense!
Like Reply Delete