"It doesn't make sense," the rocker says in a new interview. 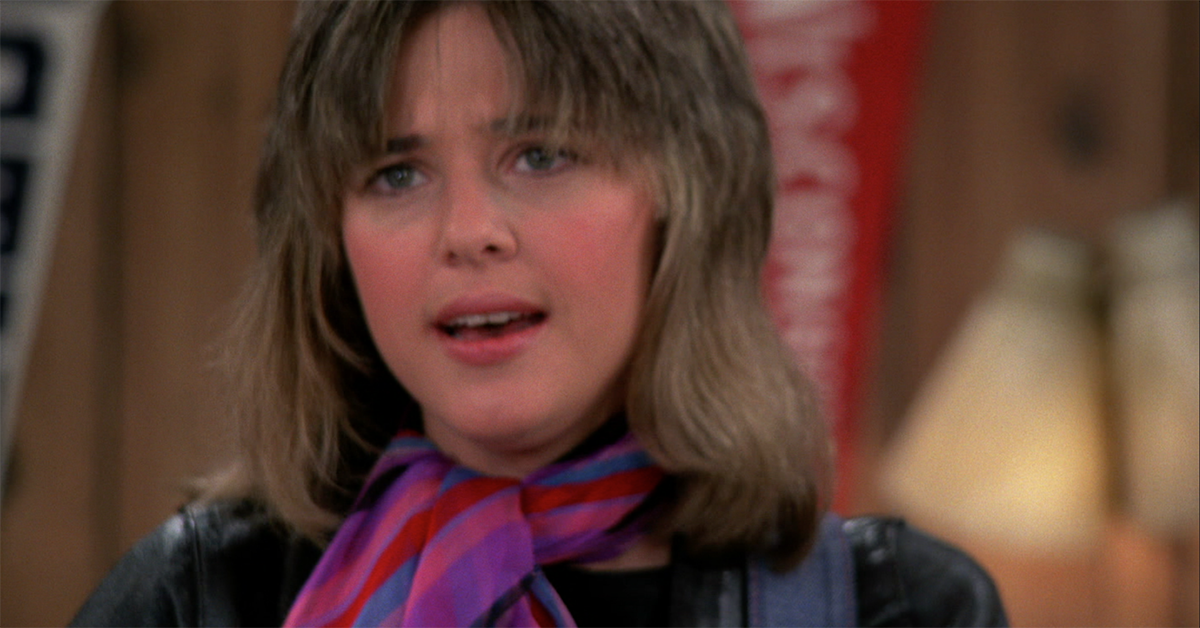 There was a reason they called her Leather. The younger Tuscadero sister was one tough customer on Happy Days. Who else had the ability — not to mention the nerve — to steal Fonzie's wallet and comb?

The character, the sibling of Pinkie Tuscadero, first appeared in the episode "Fonzie, Rock Entrepreneur," fronting her band, the Suedes. Leather would show up in seven episodes of the sitcom throughout seasons five and six. In her final tale, "Marion: Fairy Godmother," Leather goes with Ralph to his college dance, in perhaps her least rock 'n' roll moment. But overall, she rocked. In a TV series that was originally going to be called Cool, Leather Tuscadero was a true injection of cool.

That true cool came from the casting of Suzi Quatro, an actual rock pioneer. The Detroit native was just 27 when she got the Happy Days gig, but had been a veteran rocker for more than a decade. Quatro got her start as a teen in the all-female garage combo the Pleasure Seekers. In 1971, the bassist moved to England, where she launched a solo career under the tutelage of producer Mickey Most.

Quatro scored European hits while touring with glam bands and proto-punks. She opened for Thin Lizzy, Slade and Alice Cooper. She sold more than a million copies of her singles "Can the Can," "48 Crash" and "Devil Gate Drive." She paved the way for the likes of Joan Jett and the Runaways.

Joan Jett is in the Rock and Roll Hall of Fame. Quatro is not. This is a fact that irks Quatro, as she preps a new album, No Control, for a March release.

"So my feelings are hurt," Quatro tells Billboard in a new interview. "I've been very polite about it for many years, and now I don't want to be polite anymore. It doesn't make sense. The truth is the truth, history is history, the timeline is the timeline. I need to be in that Rock and Roll Hall of Fame."

This year, the Rock and Roll Hall of Fame welcomes new inductees Janet Jackson (who had a recurring role on both Good Times and Diff'rent Strokes), Def Leppard, The Cure, Radiohead, Stevie Nicks, Roxy Music and the Zombies.

"I'm a real stickler for the truth, and I'm pissed off that history is being rewritten," she says. "I was first, right? I was there before anybody else had a twinkle in their eye."

Read the full interview at Billboard.com. So, what do you think? Does Quatro deserve a place in Cleveland? 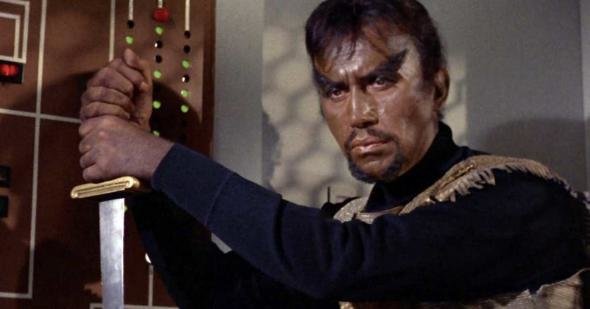 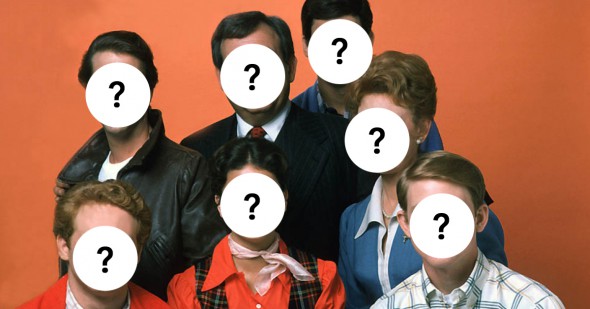 8 actors who were almost cast on 'Happy Days'
Are you sure you want to delete this comment?
Close 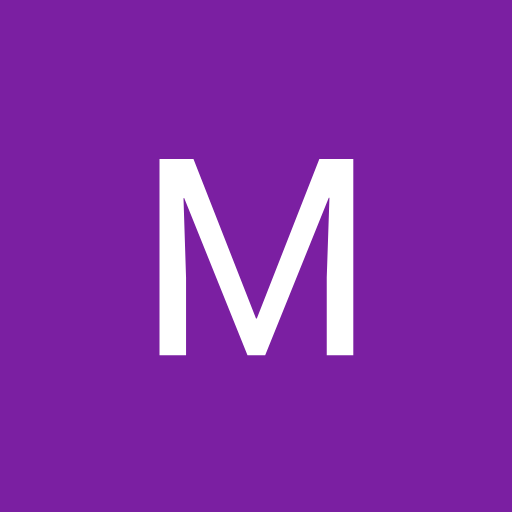 RadioMattM 13 months ago
She must not have been with the right label. I think the night janitor at Atlantic is in the R&R HOF.
Like Reply Delete

LindaGordon 14 months ago
The Monkees are still waiting to be inducted into the Hall of Fame. Probably won't happen until they are all gone. :(
Like (1) Reply Delete

AnnettePartridge 14 months ago
Don't you have to have sold your soul to the Illuminati to be recognised nowadays? Why would you even care? The real fans know you should have gotten more recognition than you did in America back in the day, their loss i reckon.
Like (1) Reply Delete

AnnettePartridge harlow1313 14 months ago
I don't know who that is :/ I guess we all have artists who we know and admire and others we have no clue about, doesn't mean that they aren't talented musicians who deserve to be bagged because we dont know of them

harlow1313 AnnettePartridge 14 months ago
I agree, Annette. I don't know much about Suzi Quatro. Some of the commenters here think well of her.

Tommy Keene never achieved much fame. Critics thought well of his output, for what it's worth. He is one of those jangly chorded guitarists in the general style of The Beatles, REM, and The Replacements, which is right up my alley. He died in 2017, and it is one of those celebrity deaths that has created a small void in my little life.
Like Reply Delete

ChasLaw 14 months ago
Quite a number of ignorant comments on this post. Suzi Quatro is literally a rock legend whether in the hall of fame or not. While not a musical household name in many American homes, she was famous in just about every other country with a string of hits. As for the American scene, if you were in the music know, you knew about Suzi. She was unbelievably influential to almost every female rocker from the 70s on. If you only know her from Happy Days, that's too bad. Go on YouTube and seek out her music. Her gripe is legitimate - beyond legitimate. And for the the person or people who are throwing out names of other artists who are not in the Hall, you're right: they should be in the hall, too. But you are absolutely nuts and willfully ignorant if you do not believe Suzi has a place waiting for her in the Hall. She has been waiting way too long. Time to rectify the issue. In the meanwhile, check out Suzi. https://www.youtube.com/watch?v=3raDV3PIVsE
Like (1) Reply Delete

Saint1 14 months ago
Get over yourself Suzi- look who's not in the R&R Hall of Fame; Jethro Tull, The Doobie Brothers, Emerson Lake and Palmer and dozens of others who actually deserve to be there.
Like (2) Reply Delete

MrsPhilHarris 14 months ago
I remember some of her music but I really remember her on an episode of Absolutely Fabulous.
Like Reply Delete

SalIanni 14 months ago
She might have a better case for the Television Hall Of Fame if they ever get around to recognizing Happy Days. Speaking of which, my favourite Leather Tuscadero episode was the one in which she gets to date Ralph Malph.
Like Reply Delete

RottyAngel 14 months ago
I don't agree with Joan Jet being in the RR hall of fame either. But to each their own. But Suzi Quatro? Wow. These people must live in a bubble. Her 15 minutes was up 40 years ago. I don't mean to sound harsh, but sometimes we all need a little reality check.
Like (1) Reply Delete

JoeOnley 14 months ago
No chance, she didn't have the success here in the US, not that it's the only factor, but honestly, how many songs of hers does anyone know? I personally don't know any! It would take one hell of a push from her European fans to make it happen.
Like (1) Reply Delete

bettyluvsgators 14 months ago
All these awards and halls of fame are phony. They are just tools of liberal celebs who want to push an agenda. BORING! If you are not a liberal who tows the liberal line than you get nothing, They are all a bunch of sheep who do not think for themselves but repeat whatever banter they think the powers want pushed.
Like (2) Reply Delete

harlow1313 bettyluvsgators 14 months ago
But of course you, Betty, are immune to practicing tribalism.

CraigGustafson bettyluvsgators 10 months ago
Couldn't you just confine your comments to "Get off my lawn!!!"? You never do anything but screech about liberals, not matter what the topic.
Like (3) Reply Delete

Barry22 14 months ago
No. So she put out some albums, and she put out some singles. Nothing remarkable about her music. Do they still play her stuff on the radio? I don't always agree with The R&R HOF selections, (Dave Clark 5?) but not everyone deserves to get in.
Like (4) Reply Delete