Compare photos to see the famous living room switch from '70s to '80s. 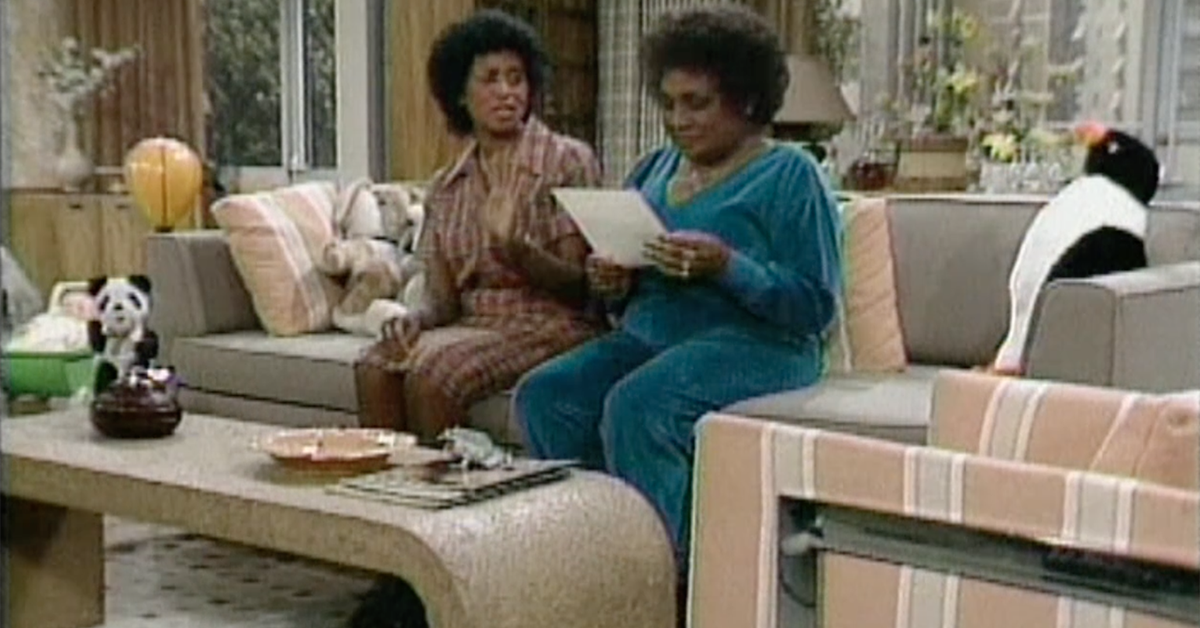 The Jeffersons began in 1975, when the world was painted in olive greens and burnt oranges. Their living room reflected these styles, with a light pea-green couch in a nutty brown wooden frame, a thick carpet underfoot in reds and oranges, and two small brown blocks in place of a coffee table. Fans of the show remember the shaggy fringed pillows that grew flatter and flatter as the show was renewed season after season for generating nonstop laughs. Though the coloring may seem to change, we assure it's just lighting, and this is likely the couch you associate with the show: 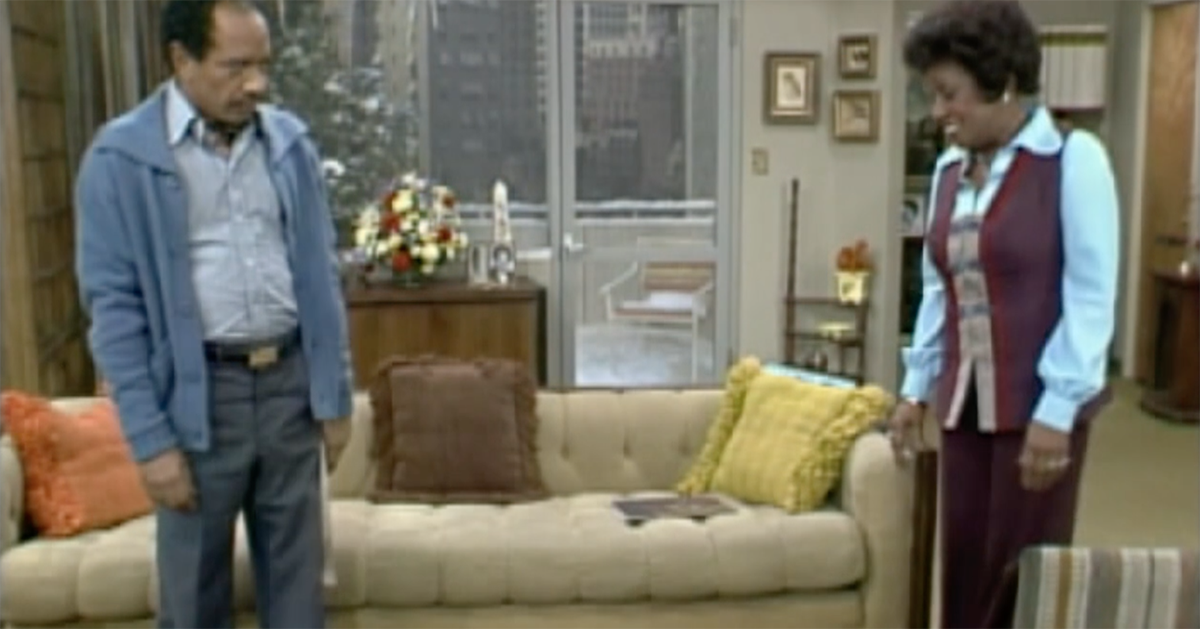 As the success of The Jeffersons continued on into the 1980s, though, the sitcom decided to do what few shows did not: They updated The Jeffersons' living room to reflect new styles, including replacing the thinly striped '70s chairs with the chunky pink-striped chair you see in the photo below, as well as other decor anyone from the '80s would recognize instantly, from a marble rounded coffee table to the floral wallpaper and cream-colored carpet. Compare living room scenes below. 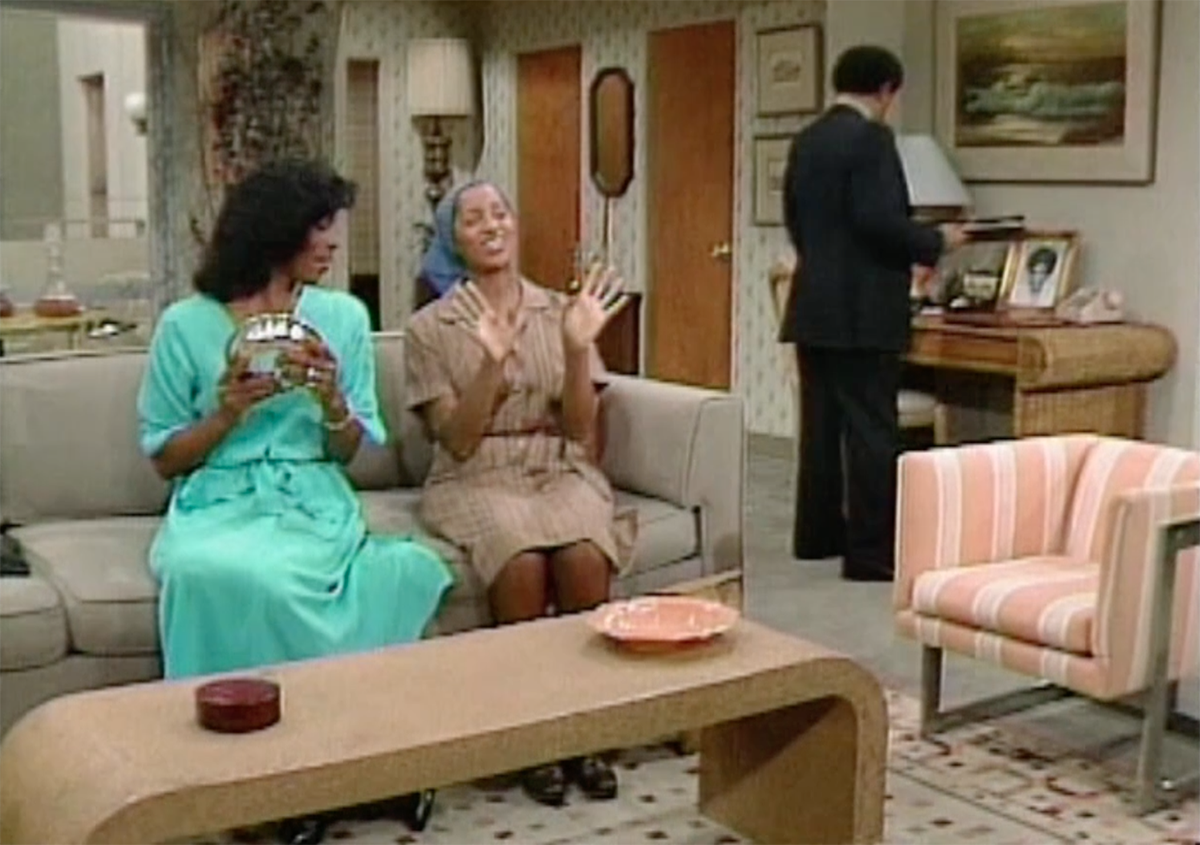 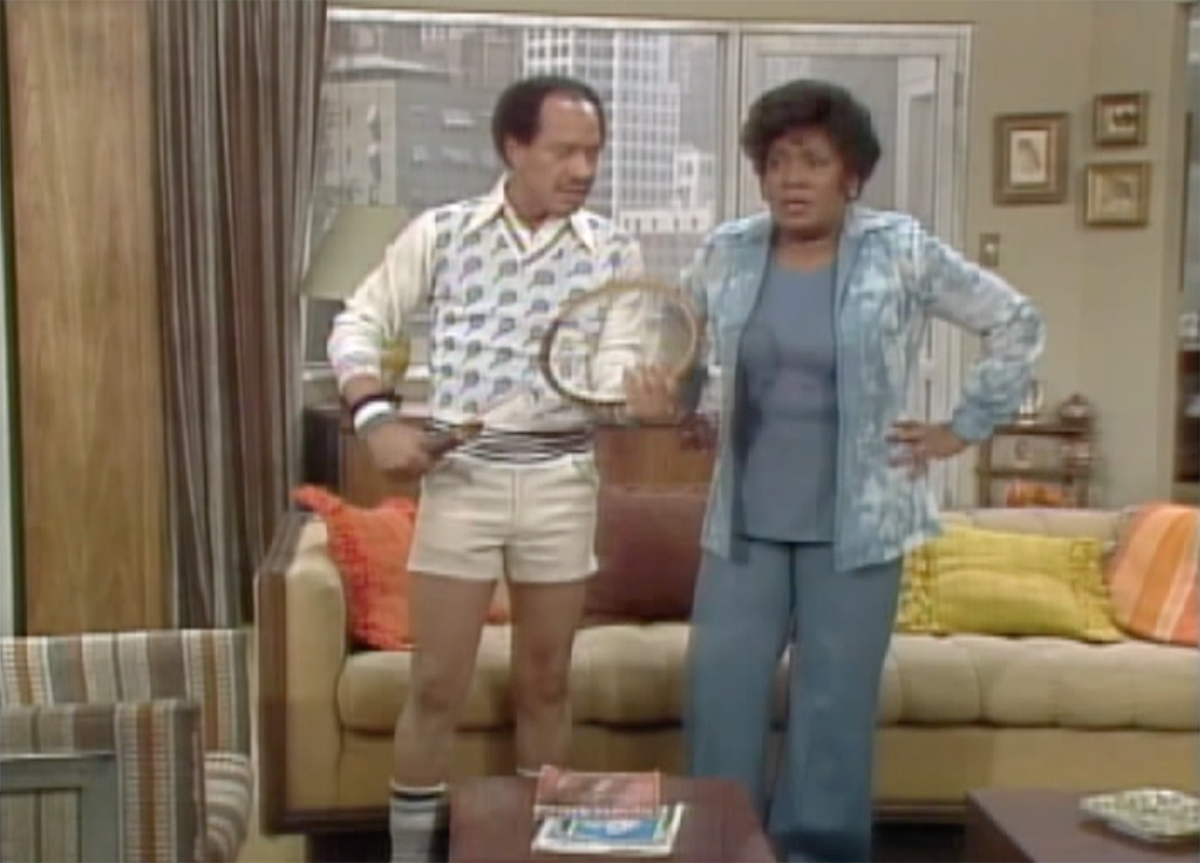 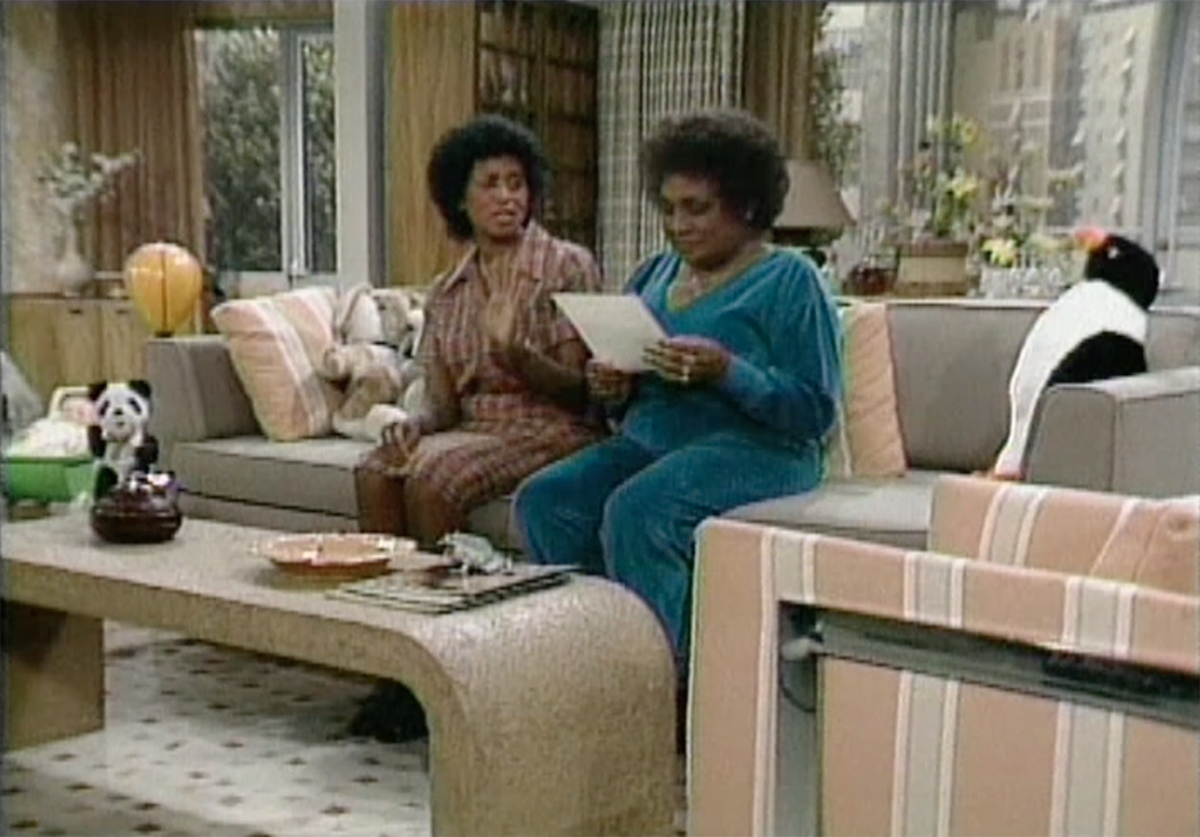 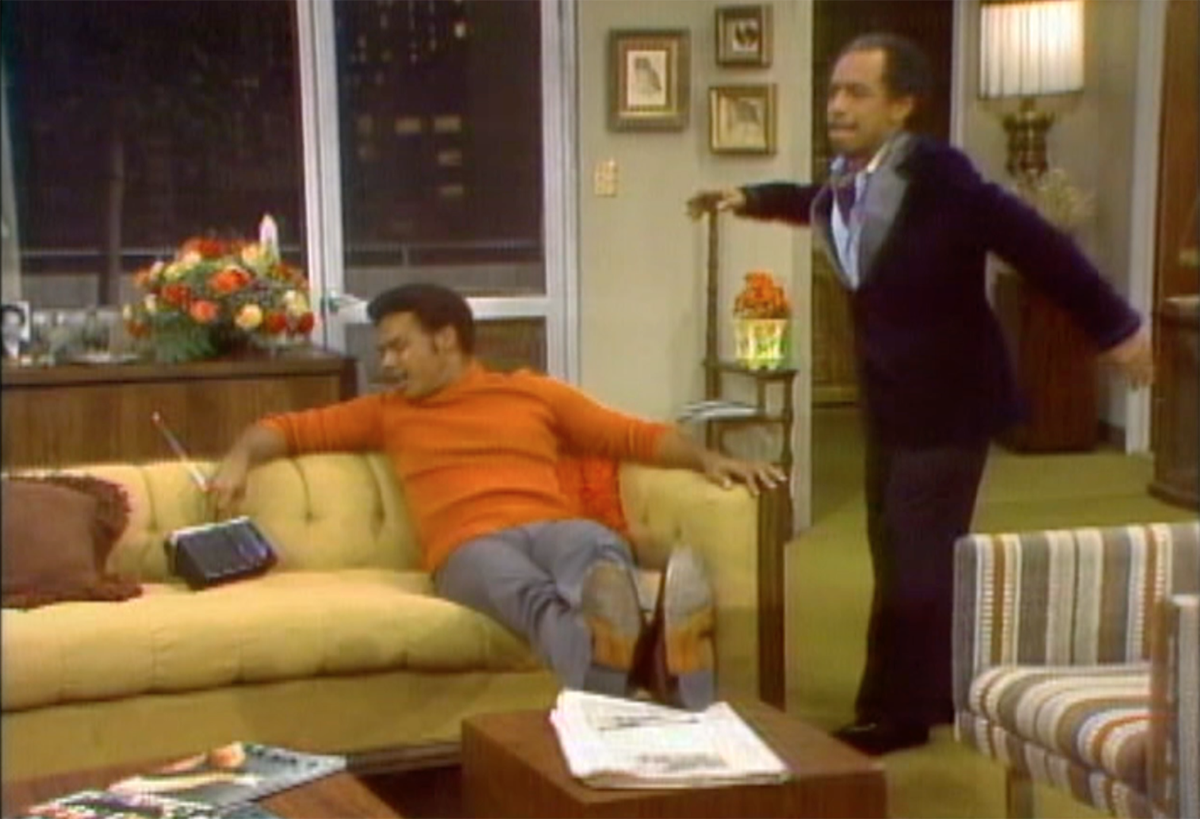 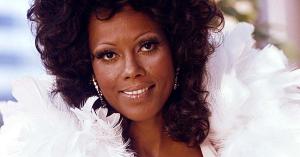 It was a totally '80s makeoever, showing The Jeffersons didn't just move on up, they also weren't afraid to update the new place when the time came. We rarely saw such a dramatic set change on a family sitcom, but then again, few sitcoms lasted as long as The Jeffersons to even get the chance to turn the page on a new decade.