Woody Harrelson as Archie and Jamie Foxx as George? 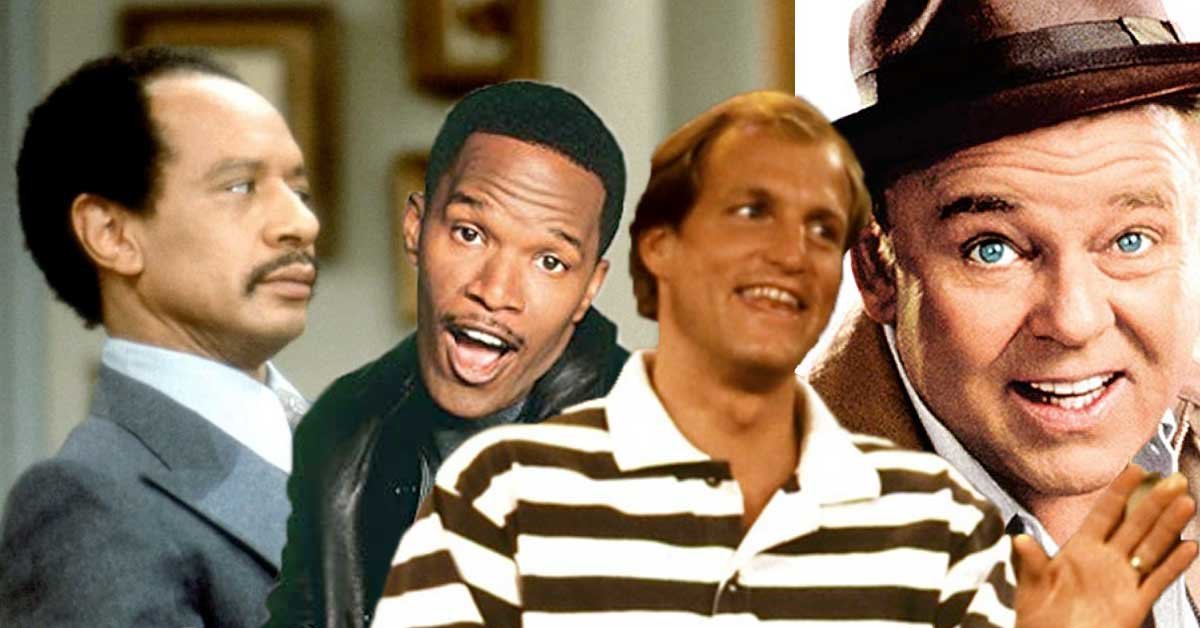 Ever been watching Cheers and think, wow, Woody Harrelson is great as Woody, but do you know who else he could play? Archie Bunker!

Yeah, we didn't think so, and yet, that's exactly what is going to happen when Norman Lear and Jimmy Kimmel team up to reboot a single episode each of The Jeffersons and All in the Family to form a brand-new TV special called Live In Front Of A Studio Audience: Norman Lear’s All In The Family and The Jeffersons. 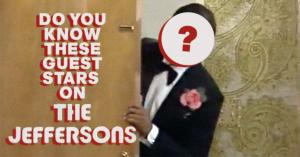 Do you know these celebrity guest stars on The Jeffersons?

And if you think Woody as Archie is odd, prepare to scratch your head as Jamie Foxx is set to take on the role of George Jefferson across from Wanda Sykes as Weezy. For the role of Edith Bunker, they've cast Marisa Tomei. It's certainly an impressive list of celebrities, but we can already tell this is going to look a lot different from the versions of the hit Seventies sitcoms we're accustomed to enjoying.

There have actually been even more cast announcements for the curious: As the Jeffersons' neighbor Tom Willis, they've cast Will Ferrell; as Florence, Justina Machado (One Day at a Time); and as Gloria Stivic, Ellie Kemper (Unbreakable Kimmi Schmidt). Now we're just left wondering, who's gonna be the new Meathead?

The TV special is set to last 90 minutes and will air Wednesday, May 22, at 8PM ET. More info here. 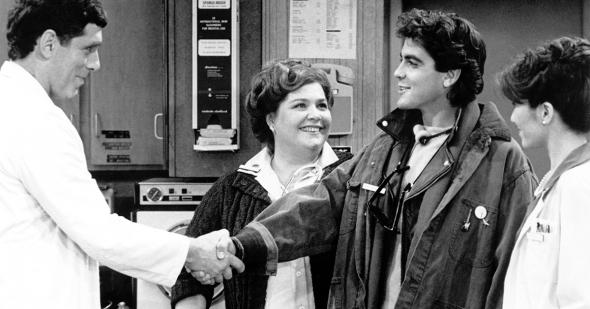 Did you know?
George Clooney starred in a sitcom named 'E/R' that is not the 'ER' you are thinking of
Are you sure you want to delete this comment?
Close

Corey 45 months ago
This was the 70's and Norman Lear wanted TV to be more like the times instead of being trapped hopelessly in the 50's. If it wasn't for him TV would not be like it is.
Like Reply Delete

ChrisMZangara 45 months ago
Aww Jeeez, Edith - I don't see what's so odd about the casting. Woody Harrelson has obviously shown his range as an actor since Cheers. I think he would do a great job as Archie. I don't see the big surprise with Jamie Foxx as George Jefferson, either. After all, the guy played a spot-on Ray Charles, so he obviously has the talent for mimicry. Marisa Tomei as Edith is perfect, of course. Either way, this is going to be awesome.
Like Reply Delete

x60hz11 45 months ago
I have no use for this reboot since no one will ever be able to step into the shoes of Carroll O'Connor and Jean Stapleton however as far as the original show being racist, I suggest you look up the word satire.
Like (1) Reply Delete

ChrisMZangara JoeyZone11 45 months ago
They are simply recreating a classic episode from each show. One night only and it will be live. It's not a series reboot. It's a tribute.
Like Reply Delete

harlow1313 46 months ago
Darrell, I took your advice. Sadly, after just two weeks on the herbal pills, my penis fell off.
Like Reply Delete

stephaniestavropoulos 45 months ago
I'm so sorry for your loss!
Like Reply Delete

KathyMcKinny 46 months ago
all in the family was one of the most RACIST show ever on TV.....how are they going to get away with it?
Like Reply Delete
DocForbin KathyMcKinny 46 months ago
People forget that they were laughing AT Archie Bunker's bigoted antics, not WITH him. This is actually one reboot I can get behind only because I'd like to see Archie and Michael argue over Trump, Obama, Hillary, immigration and other current politicians/issues.
Like Reply Delete

AlfredNeuman KathyMcKinny 46 months ago
You missed the point of the show. It wasn't racist at all. Archie was racist (and some of his narrow minded friends were too), but everyone else around him was not. It was basically Archie vs everyone else.
Like (3) Reply Delete

cperrynaples AlfredNeuman 46 months ago
Yeah, and don't forget George Jefferson didn't like white guys! I'm looking forward to it and it has been approved by Norman Lear himself!
Like (2) Reply Delete

ChrisMZangara KathyMcKinny 45 months ago
Obviously you have never seen the show, and it still is on TV in reruns. Archie always got his in the end. There was always a lesson ABOUT racism to be learned. The show was NOT racist. Archie was, but he learned with all of us. The show was as dramatic as it was hilarious. It's more relevant today in many respects.
Like Reply Delete

ChrisMZangara PeterGuerin 45 months ago
They are recreating a classic episode from each show. One night only and it will be live. It's not a series reboot. I doubt very highly they will be talking Trump or Obama. But who knows? Still, can't wait.
Like Reply Delete

Corey KathyMcKinny 45 months ago
Carroll O'Connor in real life was more liberal than Rob Reiner. He said he wanted to play Archie as a bigot who is ignorant.
Like Reply Delete