Where To Watch Shop Store Contact
Home / Stories / Remember when practically every family had a conversion van?
nostalgia

Remember when practically every family had a conversion van?

Before the minivan and SUV were staples of family conveyance, these juggernauts of suburbia were seemingly parked in every driveway. 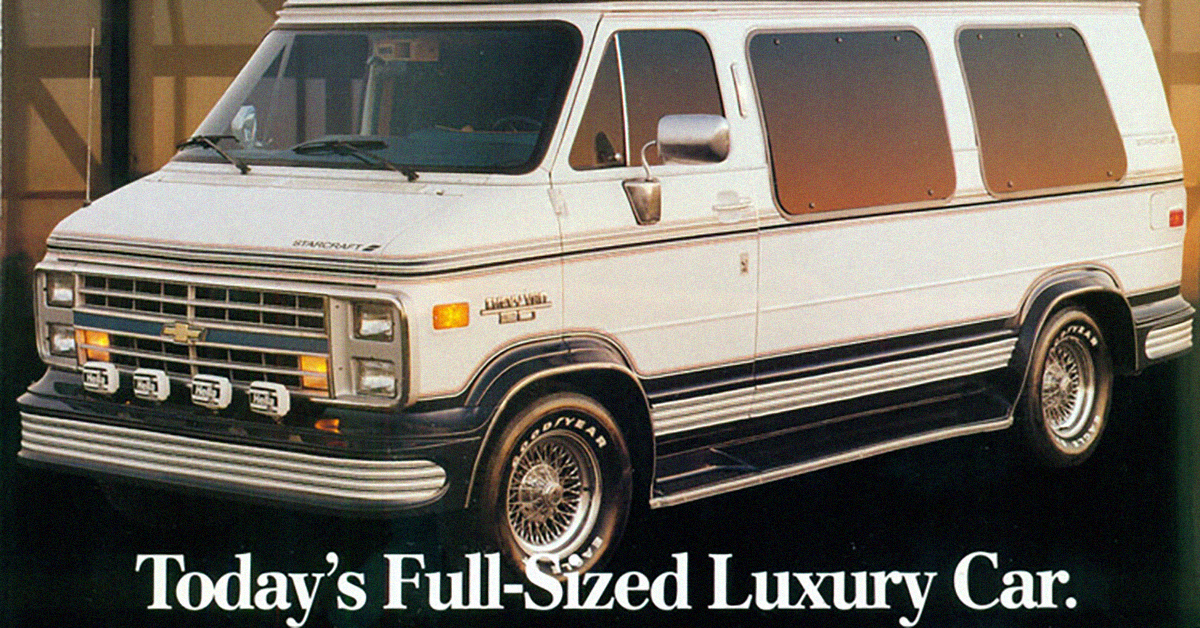 During the 1980s and '90s, the most luxurious means of family conveyance was the conversion van. Parked in seemingly every driveway on the block, these behemoths were how we got to our kids' Little League games and the grocery store; they were the mode of transportation for weekend camping trips or cross-country family odysseys that culminated with a visit to Disneyland.

Comfy captain chairs, curtains, tables, wood trim, light strips—these were commonplace. And some even brought the excess up a notch with the inclusion of televisions, VCRs and refrigerators. 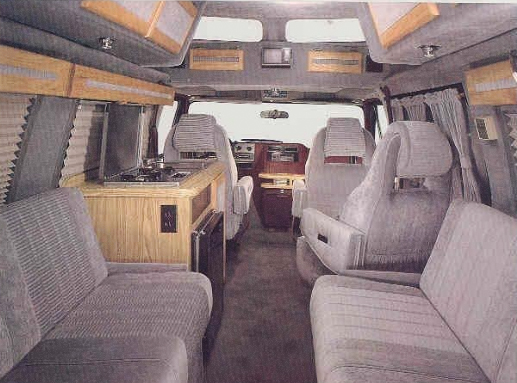 But where did these marvelous monsters of creature comforts go? Like any fad, conversion vans started out niche, ballooned to the mainstream and slowly deflated.

First a cottage industry of dedicated hobbyists and small-time van customizers, the conversion van emerged in the '70s when van enthusiasts began building custom, or "cruiser," rides. These tricked out, shagadelic vehicles sported plenty of attitude and airbrushed side murals, depicting everything from Tolkien-esque fantasy landscapes to images of the American Southwest and Star Wars.

By the early '80s, Ford was marketing sporty, colorful—and empty—vans ready to be customized at your local custom shop. As the craze continued, more headway into the mainstream was made. Before long, the ubiquitous Chevy Starcraft and its counterparts from Ford, GMC and Dodge were the family-friendly vehicles of choice, fully loaded and ready to take your kid and his buddies to football practice.

The rise of the conversion van spelled the death of the station wagon. Sales continued to soar, and for the year 1994 alone it is estimated almost 200,000 of the family-oriented vehicles were sold. But today the conversion van has vanished from suburbia. One can't help but think of row after row of these monuments to '90s affluence and cheap gas rusting away in junk yards across the country.

Perhaps it was changing tastes favoring the minivan and SUV that rendered them obsolete. Perhaps it had more to do with soaring gas prices and poor aerodynamics. Whatever the reason, the conversion van now is a fading memory in the collective American mind.

The Conversion Van: A Retrospective

Tricked out, shagadelic "cruisers" sported plenty of attitude and sweet side art.

This sporty Ford came empty (aside from carpeted everything), ready to be customized at your local shop.

This early, family-friendly vehicle from GMC was a harbinger of things to come.

This one came out circa Star Trek: The Next Generation.

Dodge Had You Covered

idkwut2use 20 months ago
There was a van, looked like a campervan with curtains in the windows, for sale in my college’s parking lot...wanted to buy it, but my dad insisted it would be too old and outdated and hard to fix when anything went wrong with it. So I bought a bunch of books about them, and kept fantasizing (about RVs generally) and telling Volkswagen to make the blasted things again...xD;
Like Reply Delete