Remember, Spider-Man made his first live-action appearance alongside Morgan Freeman on public television 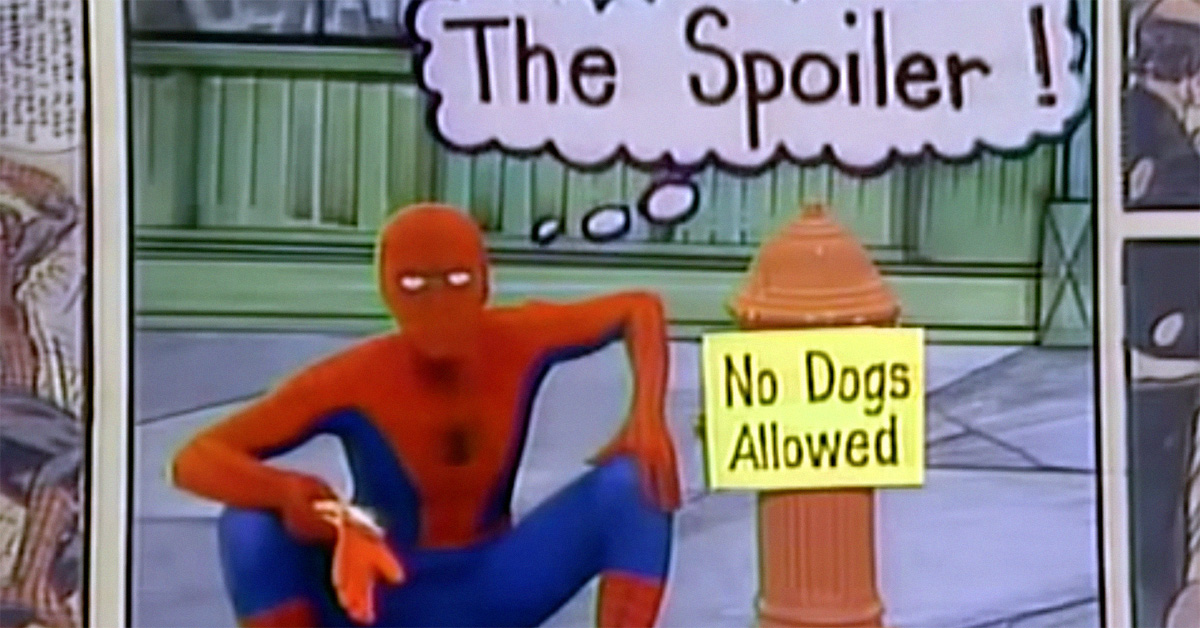 Morgan Freeman narrating the adventures of Spider-Man? Add a heaping dose of special effects and you've got the ingredients for a multi-million dollar popcorn flick. The Web Slinger might be a regular presence on the silver screen of the 21st century, but he had far more humble beginnings back in 1974.

Twelve years after the character first swung into action in the pages of Marvel Comic's Amazing Fantasy No. 15, Spider-Man made his live-action debut on The Electric Company. For those unfamiliar, The Electric Company was essentially the hip, humorous cousin to Sesame Street on PBS. The Children's Television Workshop produced the educational program. In its fourth season, The Electric Co. introduced "Spidey Super Stories" as a reoccurring skit. Cast members Skip Hinnant, Judy Graubart and Morgan Freeman appeared in the silly segments. Freeman frequently served as the narrator, of course. Even in his 30s, young Freeman had the sage old voice of a seasoned narrator. 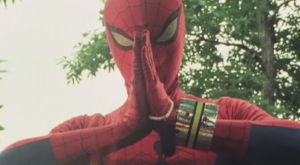 A lesser-known puppeteer became the first man to slip into Spider-Man's red-and-blue threads for TV. Danny Seagren, who had experience as a dancer and a Muppet handler, performed as The Electric Company's acrobatic Spider-Man. The costume was spot on, in bold comic-ink colors. If you had to nitpick, you could argue the eyes were too small. But we're guessing the budget was on the level of… well, public television. This iteration of Spidey never spoke, nor did he appear out of costume as Peter Parker. Instead, his thoughts were displayed in cartoon word balloons. Animated sequences also filled the gaps between the simply staged scenes.

None of Spider-Man's regular villians appeared in the sketches, but other rogues were created for the show. He first faced the Spoiler, a baddie sporting red spandex and a black mask who loved to spoil fun. Other opponents included the Can Crusher, Dr. Fly, Mr. Measles, the Queen Bee and the Tickler. Their names pretty much summed up their modus operandi. A villain named the Sandman was not the familiar Sandman from the comics. The most amusing bad guy, in hindsight at least, was Morgan Freeman as Count Dracula.

Of course, no Spider-Man on television is complete without a catchy theme song. However, the familiar "Does whatever a spider can…" tune from the 1967 cartoon was not utilized. Instead, a funky new groove was composed, with songwriter Gary William Friedman crooning, "Spider-Man, where are you coming from? / Spider-Man, nobody knows who you are!" You can take a listen in this first skit.

Marvel published a tie-in comic, also titled Spidey Super Stories, to help introduce its universe of superheroes to young viewers. That series ran through 1980 — a few years after the skits wrapped up on The Electric Company.

The show's cast also recorded a Spider Super Stories album. Because of the audio format, this Spider-Man was at last given a voice, provided by Jim Boyd.

After Spidey Super Stories concluded on public television, Spider-Man was upgrade to a major network. The Amazing Spider-Man premiered on CBS in the fall of 1977. He may have been overshadowed by The Incredible Hulk and Wonder Woman, but television's Spider-Man definitely had countless kids shooting pretend webs around the living room.