Where To Watch Shop Store Contact
Home / Stories / Raymond Burr didn't like when people called Perry Mason a ''whodunnit''
Did you know?

"Oh no — not that." Find out why Burr says you can't compare TV detectives to Perry Mason. 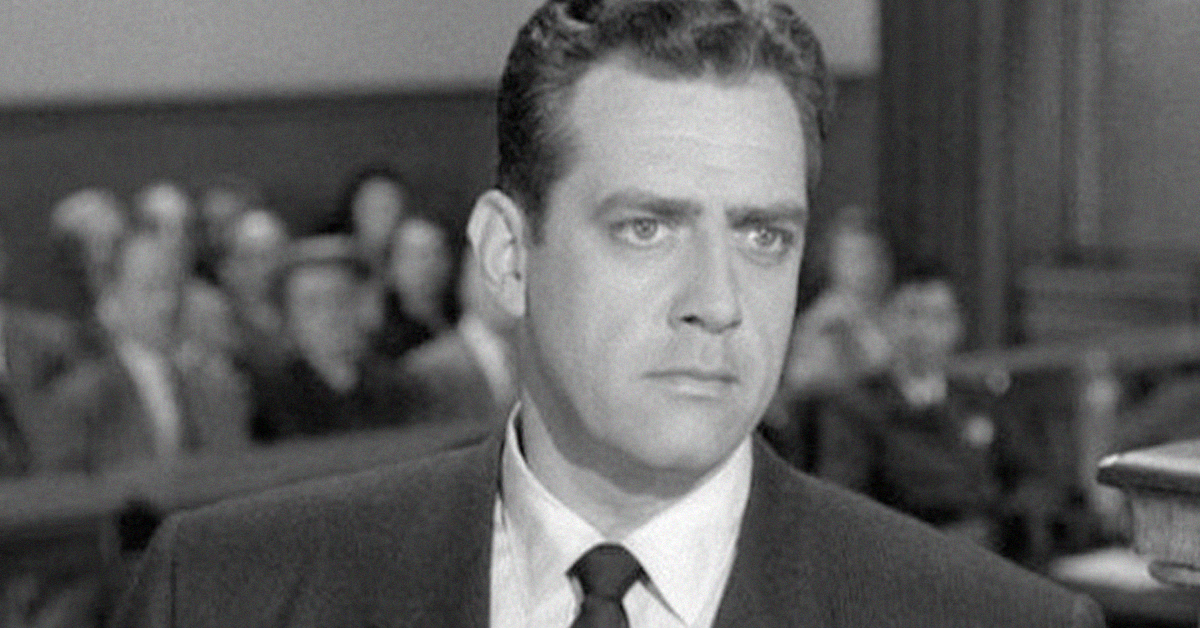 Perry Mason kicked off with a murder plot so complicated, even the most logical viewer got lost in the mystery. "The Case of the Restless Redhead" wasn't just the premiere episode of a new series, but the rollout of a brand-new kind of TV show. Perry Mason star Raymond Burr said that it borrowed the fascination of detective shows without the gimmicks.

In an interview with The St. Louis Globe-Democrat in 1957 when Perry Mason premiered, Burr said he wasn't a fan of when folks called the plot-driven legal drama a "whodunnit."

"Mason, foremost, is a trial lawyer and attorney," he explained. "Our stories are different because the final solution of all cases comes in the courtroom."

For Burr, the distinction was simple: His show was in a class of its own.

"I feel there is no show like it, and therefore no competition," Burr boasted. "You can't compare it with the detective shows on TV. We don't rely just on action or multiplicity of corpses. We have a little more plot in Perry Mason than the types of shows that when the action gets dull someone opens a closet door and another body falls out."

Burr said what made the show special were the riveting mystery books the episodes were based on, as well as the production quality — which was an aspect of the show he absolutely insisted upon should he agree to join on.

"CBS is going all-out in every phase of production," Burr bragged to The Globe-Democrat. "In fact, one of the reasons I agreed to do Perry Mason is because they convinced me from the start that there would be no letdown in the quality of production later in the season."

Even as early as 1957, Burr found himself using legal jargon — and a detective's eye — around the house he shared with his nephew in Malibu Beach, about an hour from the studio.

Often his niece came to visit, and Burr said both she and his nephew became suspects when his "Perry Mason ways" started coming home with him. His sudden eagle eye for items out of place at home caught his niece and nephew off-guard.

"Quite often when I go home, I ask my niece or nephew if anything had happened during the day," Burr told Detroit Free Press. "They'll say 'Nothing.' Then I come up with 'Then why is there a black streak in the drive as if a truck was parked there.' They are goggle-eyed."

Burr eventually decided to move into his trailer at the studio to cut out the commute, but in 1957 when the show had just begun, he already knew that would be his near future. He was already just too attached to the character to not give each performance his all.

"I'll be living in my dressing room before long," Burr said. 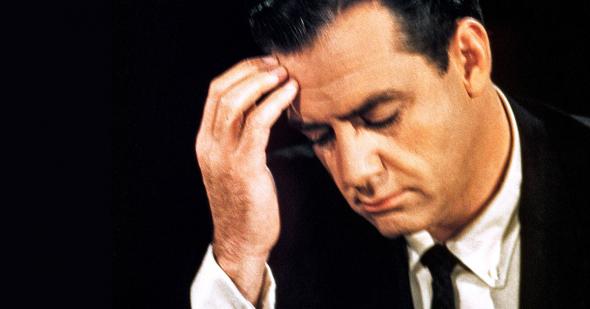 Did you know?
Raymond Burr was an unlikely choice to play Perry Mason, and toiled to prove everyone wrong 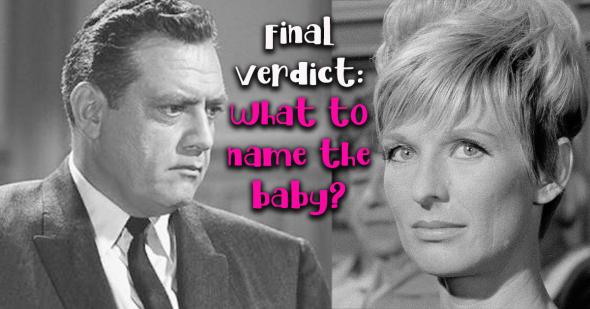 Did you know?
When Cloris Leachman appeared on Perry Mason, she was avoiding choosing a name for her baby girl 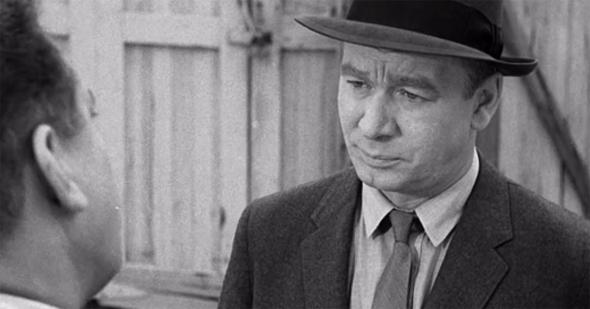 Nostalgia
Wesley Lau was the unheralded supporting star of Perry Mason
Are you sure you want to delete this comment?
Close

StrayCat 13 months ago
"Perry Mason kicked off with a murder plot so complicated, even the most logical viewer got lost in the mystery."

Add this to the fact that around 10 minutes of each episode was cut to make room for commercials leaving the viewer even more lost. There have been more than a few episodes where certain conclusions and characters made no sense, likely because of the cut footage.

Pacificsun JHP 1 month ago
I've read that H&I leaves as much of the ST:TOS in place as they can. But time for advertising has always been a part of an episode. I'm sure through the initial syndication more was cut, so it will never be equal to a master. But I know that series well enough, to know which scenes were once missing. Completely. And to judge whether there is more or less advertising, relative to other series. H&I markets the "Day Shift" to be particularly appealing, as action/adventure to (by their own declaration) mainly to male audiences.
Like Reply Delete

Pacificsun JHP 1 month ago
For Series' purists and aficionado's the best thing to do is get it on DVD. Expensive but you get more. You'll never get all it, no matter what, unless they choose to include a bonus reel. Plus, over 60 years you have a lot of "hands" on the material one way or another.
Like Reply Delete

JHP Pacificsun 1 month ago
its a good idea - maybe then tell big cable to........well you know:)
Like Reply Delete

MrsPhilHarris 13 months ago
The first episode of Perry Mason is airing Monday at 9. Love early ones.
Like (3) Reply Delete
Load previous comments

Wiseguy Pilaf 13 months ago
To refuse an entire service because of one series is childish. Besides, Mom is one of the best live-action comedies on the air. Unlike the many stupid comedies on the air (where the characters say and do stupid things for half an hour) Mom is actually funny and can be quite serious at times. Your boycott of Paramount+ will go unnoticed.
Like Reply Delete

Wiseguy Lacey 13 months ago
It would be interesting to see what stupid comedies you like if you don't like one that's actually funny.
Like (1) Reply Delete

StrayCat Pilaf 12 months ago
Actually, most of what Paramount+ has is garbage and i only subscribed to it because of the new Star Trek series. When I'm done watching them and a very few other shows of interest I intend to cancel. Even their movie porfolio is pathetically small.
Like Reply Delete

Wiseguy 12 months ago
I gather you find the jokes about Cocaine quite hilarious. I am guessing you've never lost a loved one to drugs.
Like Reply Delete

ncadams27 13 months ago
Any type of detective show was fairly rare in 1957 - only Dragnet and Lineup come to mind. But on Perry Mason, we always knew who DIDN’T do it.
Like (1) Reply Delete

Pacificsun ncadams27 13 months ago
Weren't Dragnet and Lineup about the police force (the Sgts. and Detectives involved). But it never had much to do with connecting that evidence to the courtroom. For a courtroom drama (of the day) I do believe PM was unique.

I just saw an episode last night where I didn't know who did it until a very, last minute confession. So I can't say I've suspected the guilty too early in the story.
Like Reply Delete

Pacificsun 13 months ago
I read these stories about RB and wonder if I can believe any of them.
Like (1) Reply Delete

Pacificsun WandaBaker 13 months ago
Because the wounded in Viet Nam story wasn't true. Because he didn't have a son. On and on ... there were many.
Like (1) Reply Delete

Pacificsun 13 months ago
Aren't you glad we live in a time when actors and others don't have to be afraid of being found out?
Like (1) Reply Delete

Pacificsun Pilaf 13 months ago
Absolutely.
He and Robert Reed suffered very much with their secrets.
Sad.
Like (2) Reply Delete

Wiseguy Pacificsun 13 months ago
Add to that Richard Deacon of The Dick Van Dyke Show. Don't recall hearing about him before.
Like (2) Reply Delete

Pacificsun Wiseguy 13 months ago
I did not know that.
Like Reply Delete