Before he made horror history, he was Dr. Adam Steele.

"Confusing" is a pretty commonly applied word to Frankenstein Meets The Space Monster. Often mentioned in the same sentence as Plan 9 From Outer Space or Santa Claus Conquers the Martians, this goofy 1965 flick was planned as a satire of the genre, only to have the studio insist on playing it seriously. This created a non-Frankenstein Frankenstein movie where martians grab bikini-clad babes to take to their evil queen, who sort of looks like goth Cleopatra. Over the years, this movie has become a beloved B-movie cult classic. 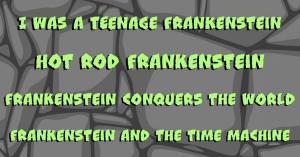 Are these real Frankenstein movies or did we make them up?

While there is no Dr. Frankenstein, there is Dr. Adam Steele, the creator of the android. Steele was played by a name new to the big screen but who would go on to be well-known in the world of horror — James Karen.

In 1965, Karen had just a few credits to his name. He'd appeared on The Philco Television Playhouse, spent a few years on As The World Turns, and had a small uncredited role in Car 54, Where Are You?. But his big movie break came when he landed the role of Dr. Steele. Credited as Jim Karen, he was a dashing leading man amongst the chaos.

However, this would not be the last time Karen dabbled in horror. In 1982, he got a role in Poltergeist as Mr. Teague, the real estate developer, and his scene would be one of the most iconic in horror history. Even people who have never seen Poltergeist recognize the reference of Craig T. Nelson grabbing Karen and snarling "You left the bodies and you only moved the headstones! You only moved the headstones!"

In 1985, Karen would again stake his claim in horror legend by landing the role of Frank Johnson in Return of the Living Dead. He would also go on to play a different role in the sequel.

He was nominated for an Academy of Science Fiction, Fantasy and Horror award, the Saturn Award, for Return of the Living Dead and was given an honorary Saturn in 1998 for his contributions to the horror industry.

From a "so bad it's good" classic to a horror legend! 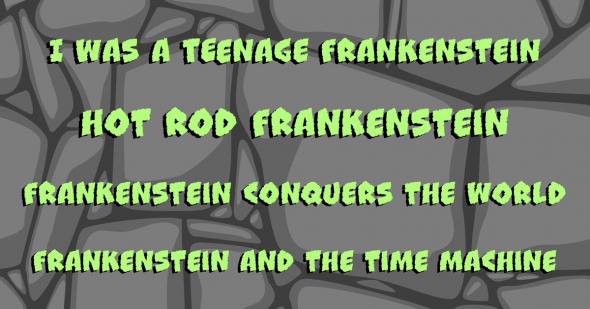 Are these real Frankenstein movies or did we make them up? 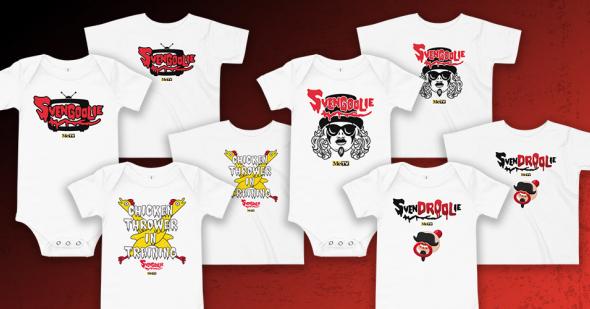 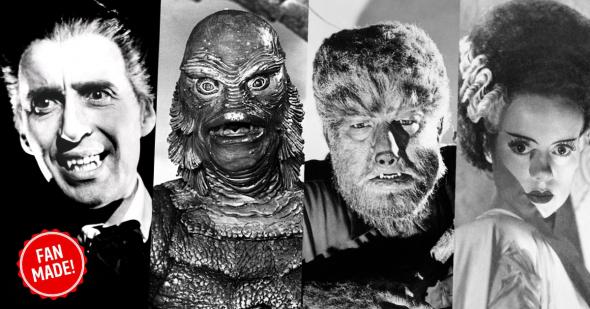 fan-made
Can you find the one character that is NOT from a classic Universal or Hammer horror film?
Are you sure you want to delete this comment?
Close

TraceySoward 7 months ago
He made a lot of commercials in the New Jersey area for Pathmark grocery stores banks and others . We used to call him Mr. PATHMARK
Like Reply Delete

F5Twitster 8 months ago
James and his wife were acquaintances of mine; two lovlier people you would be hard-pressed to find.
Like Reply Delete

MikefromJersey 8 months ago
I enjoy a so bad it's good junk movie as well as the next person. But I am currently watching
this utterly crap movie, 55 minute mark, and it stinks. On ice it sticks. The worst Lost In
Space episode is 50 times more entertaining, I'd rather watch "The Great Vegetable
Rebellion" 50 times in a row than this awful, awful flick.
The only thing worth watching here is Marilyn Hanold as the Martian Princess, what a knockout!
Turns out she was the onetime Playmate of the Year for Playboy.
Hmmm, maybe I will stick around for the rest of this movie.
Like Reply Delete 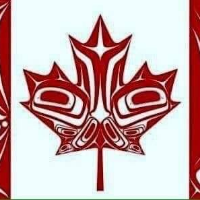 CdnRaider MikefromJersey 6 months ago
What's the movie called, please? It's customary (as you obviously know) to capitalise the first letter of each word (when mentioning the title of a movie) and put quotation marks at each end... so WTH were you watching?🤨
Like Reply Delete

MikefromJersey CdnRaider 6 months ago
Hi CdnRaider,
The above article was all about "Frankenstein Meets The Space Monster", so I didn't
bother naming it again, though for the sake of clarity I should have. It was running as
I wrote my post. It's a terrible movie, with not even one moment so bad it's good.
I think Svengoolie made a rare mistake with this one, it didn't provide any decent material
to riff on. However, Marilyn Hanold is incredibly sexy, Nature has been very very good
to her. I suspect she is the only reason MeTV ran it.
Like Reply Delete

tsgabel 8 months ago
I remember seeing him in all sorts of shows over the years. He was in one of my most favorite TV movies, "The Gathering", which included some other actors I liked very much, Ed Asner, Gail Strickland and Edward Winter, who was hysterically funny as Col. Flagg in several episodes of M.A.S.H.
Like (1) Reply Delete

cperrynaples tsgabel 8 months ago
And would you believe he was in a Schwatzenegger film? Ironically, it was the infamous Hercules In New York where the future Terminator was completely dubbed!
Like Reply Delete

Jon 8 months ago
He also played the father of one of Carla Tortelli's many children on CHEERS.
Like (1) Reply Delete

Brick7 8 months ago
James Karen lost his job as a commercial pitch man for Pathmark because of his role in Poltergeist. 🤦🏻‍♂️
Like Reply Delete

cperrynaples Brick7 8 months ago
No he didn't! They knew he did these type of movies, but they assumed their customers knew the difference!
Like Reply Delete

RandolphVeale 8 months ago
I have never heard of this picture before or seen it, looking forward to seeing it tonight.

musicman37 8 months ago
James Karen also played a particularly tolerant boyfriend of Dorothy's on "The Golden Girls" - the one who "didn't mind" Sophia coming on all their dates because her best friend moved away.
Like Reply Delete

Tresix 8 months ago
I first saw him in the pilot episode for “Moonlighting” as Cybil Sheperd’s lawyer. Then I saw him in “ROTLD”. To me, he sort of looked like former Chicago alderman Ed Vrdolyak.
Like Reply Delete

UTZAAKE Runeshaper 8 months ago
From the 1970s onward, James Karen was ubiquitous. He died just before his stage surname became a derisive term (honk! honk!).
Like (1) Reply Delete

CdnRaider UTZAAKE 6 months ago
"ubiquitous" is an adjective, not a noun. JS.
Like Reply Delete

Zip 8 months ago
I remember James Karen got a lot of flack from people for his role of the greedy tycoon in the last episode of Little House On The Prairie. I also remember Michael Landon doing some commercial or other with him to show the people that he really wasn't that greedy tycoon and was a nice guy in reality.
Still strange to me how some people get so worked up over a character and think that the actor is like that person.
Like (4) Reply Delete

cperrynaples 8 months ago
I always think of Karen as Mr. Pathmark since he did all the commercials for this now dead supermarket chain!

texasluva 8 months ago
The Return of the living Dead is more comical then scary. It's a fun watch except when those embalmed inside the government canisters come alive and want your brains. Below is this movie. The quality is not the greatest. For some laughs and some scares this Halloween week. Click the arrow when you get to the address web site. Outward arrows bottom right to make full screen.