Complete strangers on the street requested hugs from the Rose Burton actor. 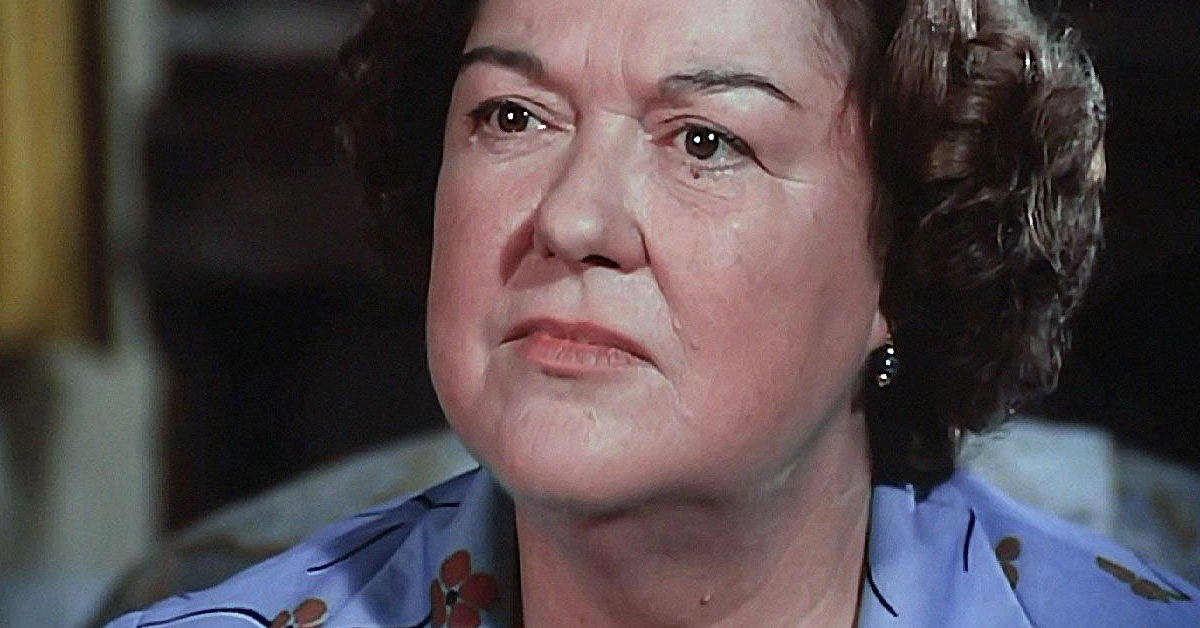 When you watch The Waltons episode "The Waiting," there’s a bunch of foreshadowing that Rose Burton is about to take over the maternal role on the Mountain.

In the episode, Olivia and John leave town to go see John-Boy in the hospital after he’s fallen into a coma. It’s Thanksgiving, and Rose must pick up the slack in Olivia’s absence by making the family meal and attempting to cheer up the kids.

Rose Burton is Olivia’s cousin, and when she arrives on the show, Olivia is still in the picture, but after "The Waiting," the actor playing Olivia, Michael Learned, famously left The Waltons.

The Waltons creator Earl Hamner, Jr. intentionally created this passing of the baton moment over the Thanksgiving table, knowing that Olivia’s departure from the show would leave a huge gap in the heart of The Waltons’ sincere brand of family drama.

Hamner told The Journal News in 1979 that he chose to bring in Peggy Rea, who plays Rose, because "Once Michael has left, we’ll need a maternal force on the series – and Peggy Rea will be it."

Rea was indeed a "maternal force," and she said after she played the character, complete strangers would approach her on the street, expecting her to be just as maternal in real life.

"I wouldn’t have missed that experience on The Waltons for the world," Rea told the United Feature Syndicate in 1982. "Even now, complete strangers come up to me on the street and hug me. I was on it for two years, and I couldn’t have been luckier."

Earlier in Rea’s acting career, she juggled character work with her secretary jobs for MGM and Gunsmoke’s TV production company.

It’s said that sometimes her boss would come to her desk and find her answering phones in complete stage makeup. He found this quality endearing and this made it possible for her to make it to auditions. 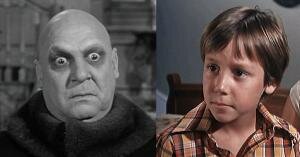 Rea found success landing early TV roles on every hit show in the Fifties and Sixties.

She proved herself a funny character actor and even got to be the nurse who rolls Lucy out from her hospital room after she had her baby on I Love Lucy.

In her career, she’s likely best known for playing Rose Burton on The Waltons and Lulu Hogg on The Dukes of Hazzard. Both roles were offered to her in 1979, after 25 years of bit parts in TV and movies.

She retired from screen acting in 1998, ending a tremendous career as a character actor with a recurring role on the hit comedy Grace Under Fire.

Rea attributed her acting success to the boundless joy she got from performing. That joy was probably what made it all worth it when she was just a secretary, applying stage makeup for her gig of the week as she worked her day job.

Her boss once joked that he had hired the secretary with a thousand faces. 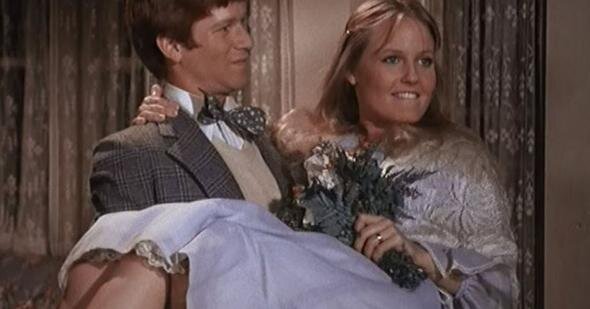 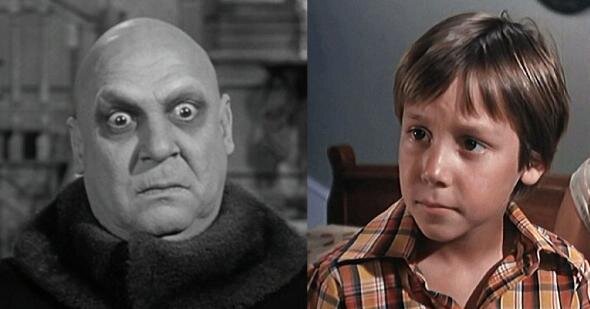 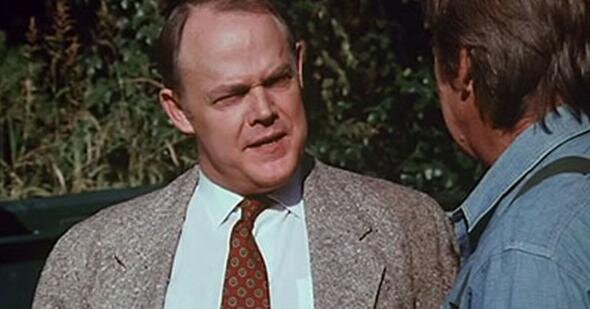 Lewis Arquette loved being the head of a talented acting family
Are you sure you want to delete this comment?
Close

Airedale92129 3 days ago
"Rose," and the two little "Cousin Olivers" were off-putting to me. Their appearance on the show seemed "gimmick-y," forced.

Peter 15 days ago
Never did care for her on the Waltons, it seemed like a forced fit.
Like (1) Reply Delete

TinaRecanzone 22 days ago
How. Can I watch MeTV on Direct stream tv

bagandwallyfan52 bagandwallyfan52 25 days ago
This Love American Style Episode has Peggy Rea as Aunt
Bessie long before she was on
The Waltons and The Dukes Of
Hazzard .
Like (1) Reply Delete

bagandwallyfan52 bagandwallyfan52 25 days ago
This Love And The Happy Days episode of Love American Style
has Harold Gould as Howard Cunningham Susan NEHER as
Joanie Ric Carrot as Chuck Cunningham Tannis G
Montgomery as Arlene NESTROCK and Sheila Jo
Guthrie as Corrine and Peggy
Rea as Aunt Bessie and Jackie
Coogan (Uncle Fester on The
Addams Family) as Uncle Harold with Anson Williams and Marion Ross.
Like (1) Reply Delete

Dayna 26 days ago
I never watched the Waltons. But I remember her on the Dukes of Hazzard LuLu Hogg and Step By Step.
Like Reply Delete

Kd55 27 days ago
I didn’t see it mentioned in the article, but she was also in the first season of Step By Step. Sadly, She passed away in 2011.
Like (1) Reply Delete

Jon Kd55 26 days ago
Yes, she played Carol Lambert's mother, and Patrika Darbo played Carol's sister. They were both dropped from the show, along w/ the beauty parlor, which was attached to the house, after S1.
Like (1) Reply Delete

Michael 27 days ago
And then she was gone, as abruptly as she arrived.

Stanley comes along, then comes back a bit later. And while the buildup is there, then she and the grandkids are gone, nothing more said. Of couse, only three more episodes after that.

Todaywhere I watch it, the last episode of season eight, the one where James Robert graduates and he's the valedictorian. A speech about going to war, the young men in the class all join up together after that ceremony. About five.

Bwfore season nine, all we see is training, other than John Boy gking to Europe to cover the war, and somehow going from war corresponent to Stars & Stripes staff writer. And of course his being in a plane that gets shot down.

So season 9 is when the war comes home. But if you blink, you miss it. They're in Europe, then it's over. Jason in the pacific, the war ends.

Cowgirl Michael 26 days ago
I always thought it was strange how Rose's grandkids just disappeared. I know that Rose and Stanley got married, but why didn't she stay around until the end of the show?
Like (1) Reply Delete

Michael Cowgirl 26 days ago
I don'think they specify where they go. When Stanley first apoears, he's going to buy a house that is in really bad condition. Ike says "I bet you can get it for the backtaxes". But that's abandoned when he gets the western sales route.

Idon't remember their plans when he returns. I assume they stayed close, but nosign of them.
Like Reply Delete

LoveMETV22 Michael 25 days ago
Although Jeffrey and Serena finished on the series in Season 8, Episode 24 - " The Valediction"
The following season it is mentioned where they went.

Season 9, Episode 1 - The Outrage: Part 1
Verde and Rose have a conversation:

Verde: "Rose, what do you hear from Jeffrey and Serena?"

Rose: "Well, they're happy to be back with their father.
Oh, it's for the best.
He has a nice new wife to help him get straightened out."

LoveMETV22 Michael 25 days ago
Isn't the episode where Rose and Stanley getting married the last episode that Rose appears in?
Like (1) Reply Delete

So by your previous post, the kids disappeared before the marriage.

I now remember them being offscreen. The "with their family" was retroactive, no big sendoff.

An earlier episode explains Jeffrey's behaviour, his father beat him, which is why Rose grabbed the kids and fled to Walton's Mountain. So it's a surprise that she let then go back.

The last season seems odd. Two episodes about Rose and Stanley, but on and off. The boys finally go to war, but about two episodes, the Europe is over. Two with Ben in the Pacific, then Hiroshima. Harley (I just realized he played the drill sargeant in Private Benjamin) is accused of escaping from a chaingang, John goes to see Roosevelt for a pardon, dies while John is waiting for a verdict.

When Stanley proposes in Season 8, it just seems assumed that the kids would go with them. But so conveniently they return to their father so Rose and Stanley can start a new life together with no kids.

So maybe the kids were let go, but the show returned.
Like (1) Reply Delete

LoveMETV22 Michael 24 days ago
The last two seasons almost didn't happen. However they did their best to wrap up the series in those 2 seasons. It did seem compressed at times, and it seemed to end without much fan-fare.
Still such an enjoyable series.
Like Reply Delete

Andybandit 28 days ago
I liked her on the Waltons. She played a good role.
Like (1) Reply Delete

Lillyrose 28 days ago
Peggy Rea was also Mrs. Masters in an episode of "Hazel": "Just Me, Harold, and the Universe," in which Hazel and Mrs. Masters were in a cooking contest.

LoveMETV22 28 days ago
Always enjoy watching Peggy Rea on the Waltons. In addition to the the shows mentioned in the article she made appearances on Have Gun - Will Travel, Mission: Impossible, Gunsmoke, Adam-12, Mannix, and numerous other TV series as well as films.
Like Reply Delete

Pacificsun 28 days ago
Extremely recognizable, IMO appealing to many as the matriarchal character actress.

There were some tremendous holes made in the Waltons when actors left or took breaks. The series was built on the idea of "family." And a very tightly knit one at that. It's how the premise was built, with the dynamic revolving around young and old, male and female, bold and timid personalities. So making the substitutions, though many actors stood as characters on their own of course, never helped the weakening chemistry that dwindled away. I give Ralph Waite credit for staying as long as he did, obviously grateful for his dependable tenure. Would've been better to retire the original series, and create viable spinoffs on the best of the characters, and how their lives proceeded.
Like (1) Reply Delete

LoveMETV22 Pacificsun 26 days ago
I'm glad they had the series and the 6 reunion movies after the series ended. As for the 2021 movie that the CW aired, I'm not so sure about. They were trying to recapture the feel that
Earl Hamner created with the original series, with some help from Richard Thomas.
Like Reply Delete

Michael LoveMETV22 26 days ago
I can't figure out what exactly, but the remake of The Homecoming seemed modern. It didn't give the sense of another time. And I think it was more than me feeling "they don't need to remake it".

There's news from last month that there will be a Thanksgiving movie for the CW with the Waltons. I thought it was going to be a series, but I see nothing new on that front.
Like Reply Delete

LoveMETV22 Michael 26 days ago
Yes, “The Waltons’ Thanksgiving,” due to air in the fourth quarter of 2022, is a follow-up to the CW’s original television movie "The Waltons’ Homecoming" that aired last year.
No exact release date yet, but it says they will announce it soon. It's also a made for Television Movie. Haven't heard anything about a series remake (just as well) as imo, they're not going to recreate the feeling that Earl Hamner did in the original series.
Like Reply Delete