Part two of our interview with Gavin MacLeod 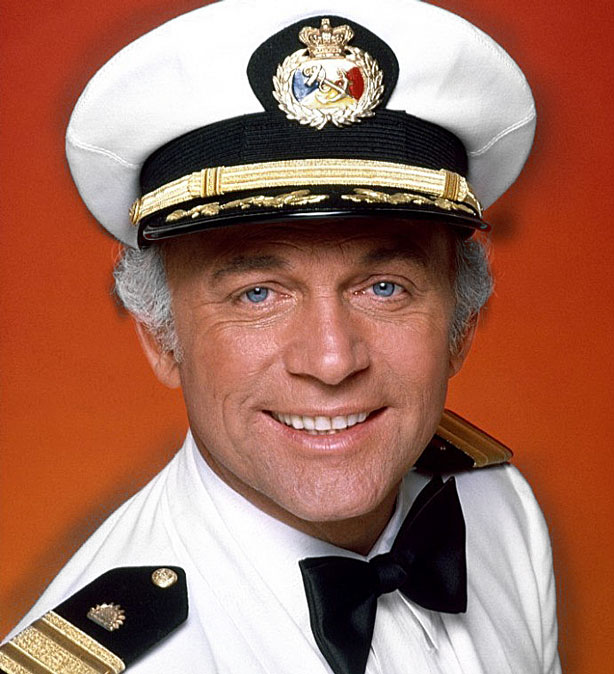 Honestly, this man is amazing. At 83 years old, he’s as vibrant and enthusiastic as a person half his age, and as determined to squeeze as much out of life as possible. Talking with him was certainly a thrill from a TV fanatic’s point of view. But more than that, his openness, his determination to face life’s obstacles, and his unwavering message to never give up left us with a true feeling of optimism and admiration. If you missed part one of our interview, here it is. And if you’ve been waiting for part two, thanks for your patience. Here it is:
You’re the perfect example of somebody who stuck with it; you were working non-stop and then the big payoff, it would seem, was The Mary Tyler Moore Show. How did that come into your life?
That came about when I’d just finished doing Kelly’s Heroes in Yugoslavia. What a great movie, huh? With Brian Hutton, my favorite director. Anyway, so I’d just returned from that and I’d started rehearsing Carousel, the musical—I was doing musicals all the time, I was always on the stage. I still am!
So I got a call from my agent and he said that Mary Tyler Moore was doing a pilot and they wanted to see me. I thought, ‘Great!’ because I’d worked with her on The Dick Van Dyke Show on an episode called Empress Carlotta’s Necklace, and she and her husband Grant used to see me do plays all over town—I was in John Houseman’s theatre group, and I was always on the boards. So what happened was, two scripts came, and they said “Gavin: For the part of Lou Grant”. And I was reading them, one of them was the pilot, and the other was called ‘Rhoda’s Mother’ and I was just thinking, ‘Wow, this is really good writing.’ But at the same time, I was also rehearsing for Carousel. 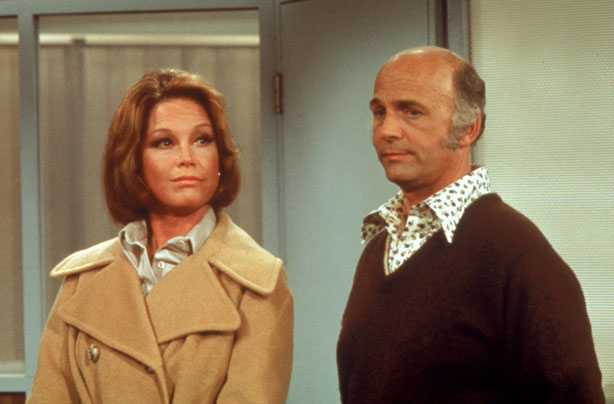 But I didn’t think I was right for Lou Grant, and I didn’t think I was right for Ted Baxter. I thought, though, this guy Murray, maybe I could have some fun with him, you know? And I thought that it wouldn’t hurt to be in Mary’s pilot. So, anyway, that was my take on it. I remember reading ‘Rhoda’s Mother’ and all I thought about was Nancy Walker.
So I go into the interview a few days later, and everyone’s there; Ethel Winant, the casting director and the first female vice president of CBS; Jim Brooks, who as you know went on the great heights in the TV and movie industry; Alan Burns, too. And they knew some guys from Kelly’s Heroes, so we talked about all that stuff. Then I read the Lou Grant part, and I got all the laughs I wanted to get. But I didn’t think I was right for that part. I don’t think I would have believed myself being Mary’s boss, and if I couldn’t believe it, who else is going to believe it? So, I got my laughs, and my hand is on the door and I go, ‘You know, guys, this Lou Grant is a great part, he’s the lead guy and all that, but I really like this Murray guy.’ Jim asked me if I wanted to read for Murray, and I did. I got a few laughs, and then said, ‘Okay, I’ll see you later, good luck with the show,’ and I left.
I got out in the hallway, and there’s Ed Asner pacing back and forth! We had months before been up for the same part, in The Heat of the Night with Rod Steiger, and the role was described as a sort of square, heavy person. Ed didn’t get it, and I didn’t get it, but Warren Oates did, but he’s neither square nor heavy, so that shows you how those things go!
So I go back to Carousel rehearsal, and I’m there for about three hours, and my agent arrives there, and he’s waving and waving. We finally stop and I say, “What’s up, Alex?” He says, “I just got a call from the Mary Tyler Moore office, and they want you to be in the pilot. Is there a guy named Murray in there?” And I said, “There sure is.”
That was the beginning of the whole thing!
And that show, what it did was, it brought all of us, every week, into homes, into hospitals, into kitchens and bedrooms, wherever people watched television.
All of you were such hardworking actors…
Absolutely, we all came from the theatre, and when you come from the theatre you have a certain kind of work ethic. The theme song of the show was ‘Love is All
Around’ and I tell you what, love was all around that set. That was a great, great seven years, and as you can see, the work was sensational. Look what it did for all of us, it really catapulted us. I could have gone on for years and years playing character parts, with or without my hair! 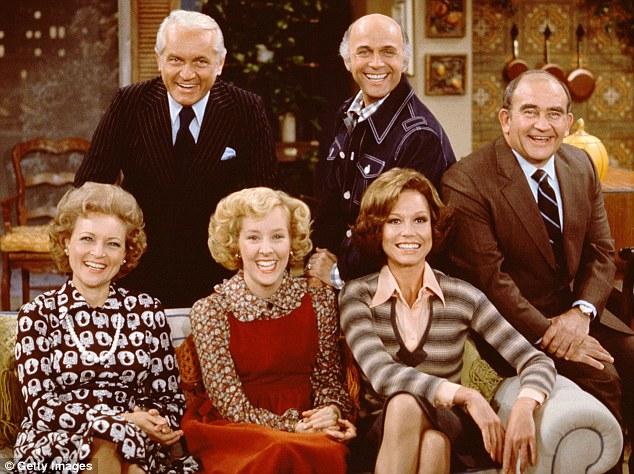 During every hiatus, I’d be out doing plays all over the country, and so when the show ended, I thought, maybe that’s enough television. And so at the end of the show, and we knew the end was coming… that was so sad… If you read my book it says that real tears flowed, and they sure did on that final night.
You know, we’ve worked with Ed Asner and Betty White, and we’ve talked to them about that final show. What was that like?
It was sad! We all knew we were going to go our own way. I remember being backstage before we actually shot the show, and the audience came in, and there was music and all that, you know, and each of us was getting introduced to the crowd. I remember standing there in the back next to Mary before we went on, and I said, ‘You know, Mare, this has been a great seven years…’ and she said, ‘Oh, Gavs…’ she used to call me ‘Gavs’. She said, ‘Don’t start it now, I won’t be able to take it!’ I was sad the whole last year, waiting for the last show!
It’s been so great talking with you, we could go on for another ten hours!
Well, if you read my book, you’ll understand I’m a guy who loves life, and I enjoy every day—I think every day is a gift from God. I’ve been through a lot of things, a lot of difficult things: a heart attack; I’ve just beaten prostate cancer. I’ve been through an awful lot of stuff, but that’s just what happens when people get older, but that’s why I am grateful for every day!
And for anybody that’s having a rough time—hang in there. Never give up! Never give up, because you just don’t know what’s going to happen. If you have a dream, if you have a passion about something, keep going. There’s going to be a lot of train wrecks, but just keep going for it, and you’ll see that it is going to work out. 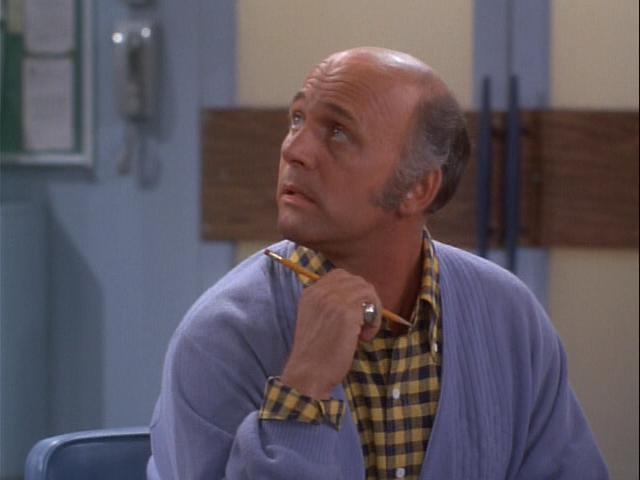 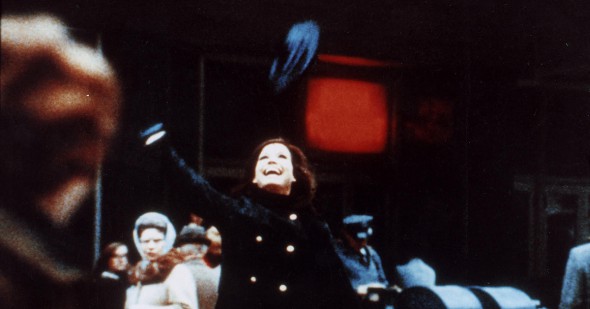 Trivia
Can you match these episodes with ''Love'' in the title to the correct sitcoms? 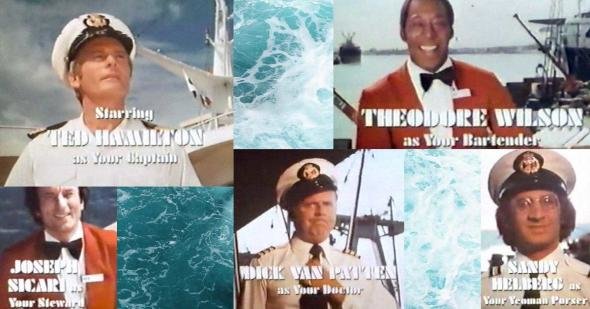 Did you know?1970scasting
The original cast of The Love Boat was entirely different
Are you sure you want to delete this comment?
Close