"Andy Griffith turned out to be the greatest teacher I've ever had." 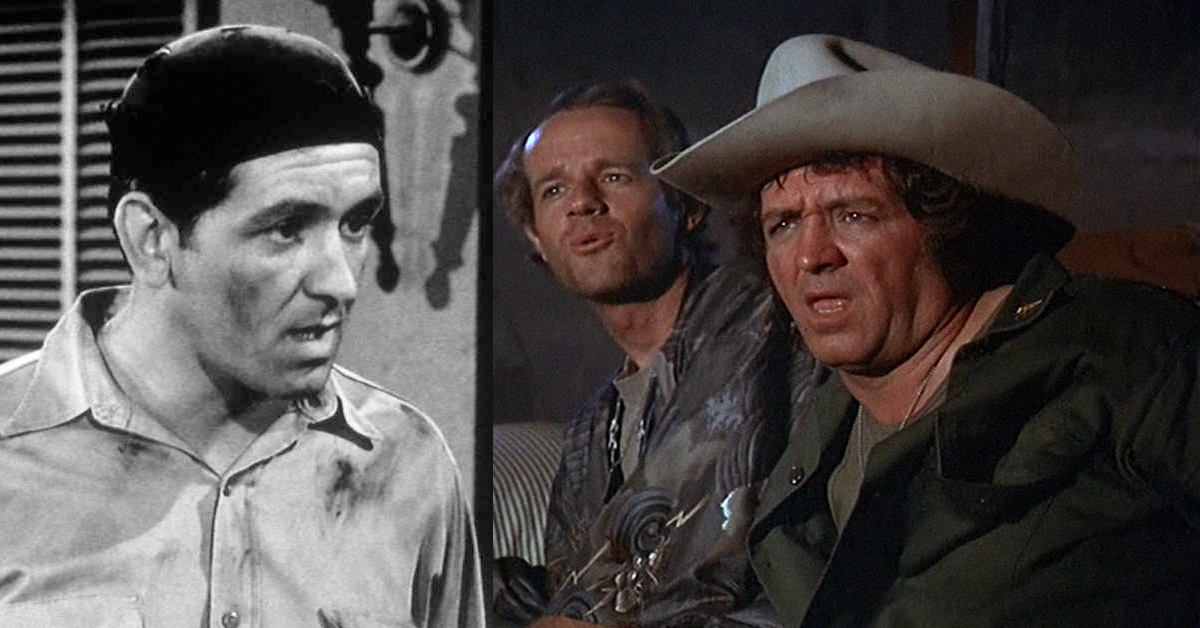 "I'm gonna lasso that sucker and tie him off neater than a runaway calf at brandin' time."

We heard George Lindsey deliver this line on M*A*S*H a decade after The Andy Griffith Show left the air. Although still a country type like Goober, his character, Roy Dupree, is not so slow, fitting in at camp as yet another gifted surgeon.

Dupree arrives at the 4077th as part of a temporary exchange between two camps of doctors and nurses, and his work in the O.R. impresses Potter so much during a partial hepatectomy, the colonel says admiringly, "Gotta hand it to you, Dupree. You know your beeswax."

It may have surprised you to see Lindsey take on this complex role on M*A*S*H, but the truth is, before Lindsey took on the straightforwardly comedic character of Goober, he was much better known for playing dramatic roles. He appeared as a dirty cop on The Twilight Zone, a blackmailer on The Alfred Hitchcock Hour and one of his very first roles saw him throwing punches as a rowdy convict on The Rifleman.

Lindsey said he had to learn how to play comedic characters like Goober, and that prepared him for future roles like Dupree.

"I had a lot of trouble with that part," Lindsey said of Goober, according to The Los Angeles Times. "I'd been playing a lot of heavy character roles. I'd done them on Alfred Hitchcock, and Twilight Zone and some others, and at first I found myself just doing an impersonation of Jim Nabors doing Gomer."

Luckily for him, The Andy Griffith Show was the best school for an upcoming comedian.

"Andy Griffith turned out to be the greatest teacher I've ever had," Lindsey said. "He kept tellin' me to play myself, to let it happen to me, instead of trying to be funny."

Lindsey joined The Andy Griffith Show in 1964 and was on the cast until it ended in 1968. Then he stuck around Mayberry for three more years on Mayberry, R.F.D., after which he reprised the Goober character on Hee Haw from 1971 until 1973. We really got to know Goober over all those years, and so did Lindsey, who practically became Goober.

"It's good to be funny when you are a comedian," Lindsey once told junecline.com. "It takes 10 million failures to find the right stuff. At first, I wasn't very funny, but I knew I could be. I just didn't have the tools yet. Most aren't willing to go through the failures it takes to become funny."

He continued: "Nobody can tell you how to be funny. You have to find out for yourself. It's like saying, 'I think I’ll be a doctor,' but not going to medical school. You have to learn your craft."

For longtime Goober fans, seeing George Lindsey on M*A*S*H maybe did feel like one day Goober said, "I think I'll be a doctor." But in Lindsey's career, this M*A*S*H performance allowed the actor to show off his more robust comedic chops on the popular dramedy that famously pulled the best performances out of its guest stars.

"I find your sense of humor mawkish and your personality boorish, to say the least," Charles Winchester III says to Dupree in "Temporary Duty."

Dupree considers this, then, as earnest as Goober, he claps Winchester on the back and says, "I still like ya!"

In the sixth season, "Temporary Duty" is rated by M*A*S*H fans among the best episodes, and it's fair to say that George Lindsey played a fairly large part in its success. The episode arrived during a moment when three of M*A*S*H's biggest characters had left the show, creating a vacuum of personality at camp that guest stars like Lindsey had to step into. Lindsey easily filled the empty space with boisterous gusto (and a cowboy hat instead of Goober's).

Here's one last thing for George Lindsey fans: You should know that while you may not think of Lindsey as the type who could become a surgeon, he was awarded an honorary doctorate from the University of Alabama in 1992. The story goes that afterward, everyone called him Doctor Goober — but, remember, you saw that transformation happen unexpectedly on M*A*S*H first! 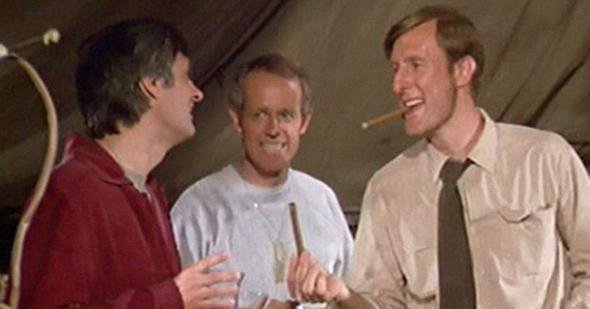 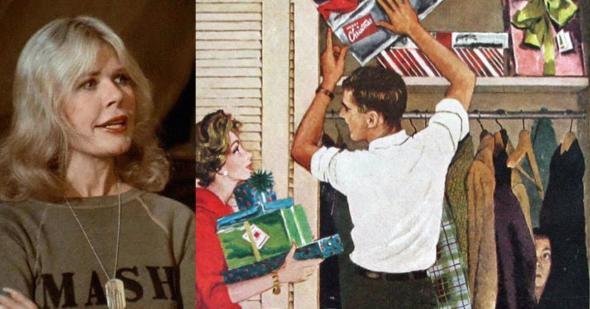 Christmas
Loretta Swit has important Christmas shopping advice for parents
Are you sure you want to delete this comment?
Close

Kiyone57 11 months ago
This is one episode that I really enjoy, especially in the post-Henry and Trapper era. It's just plain fun with no high-handedness.

JoeTyria 16 months ago
COLONEL POTTER:
C'mon, Sophie. You can step on his hat if you want to.
Like Reply Delete

WF 16 months ago
My favorite line from this episode was when Hawkeye and BJ are scheming on how to get rid of Dupree, and one of them thinks of Col. Potter's horse. Whoever it is, gets the idea across to the other (while talking in front of Dupree) by saying something about "someone with a big nose and hairy legs". Dupree then says, "You mean the feller in the dress?", thinking they're talking about Klinger.
Like Reply Delete

Wiseguy WF 16 months ago
Hawkeye wasn't there. Dupree replaced him "temporarily." Obviously, this was done to give Alan Alda a rest. Odd that it was the last episode (filmed) of the season, so he got a big break.
Like Reply Delete

WordsmithWorks 16 months ago
One of the few MASH episodes I truly disliked. Couldn't stand the Dupree character and the b-story of Margaret and her nurse buddy was meh.
Like (1) Reply Delete

Hogansucks1 16 months ago
“Giddy up Sophie” 😂
Like Reply Delete