The M*A*S*H star shares a lesson from under her childhood Christmas tree. 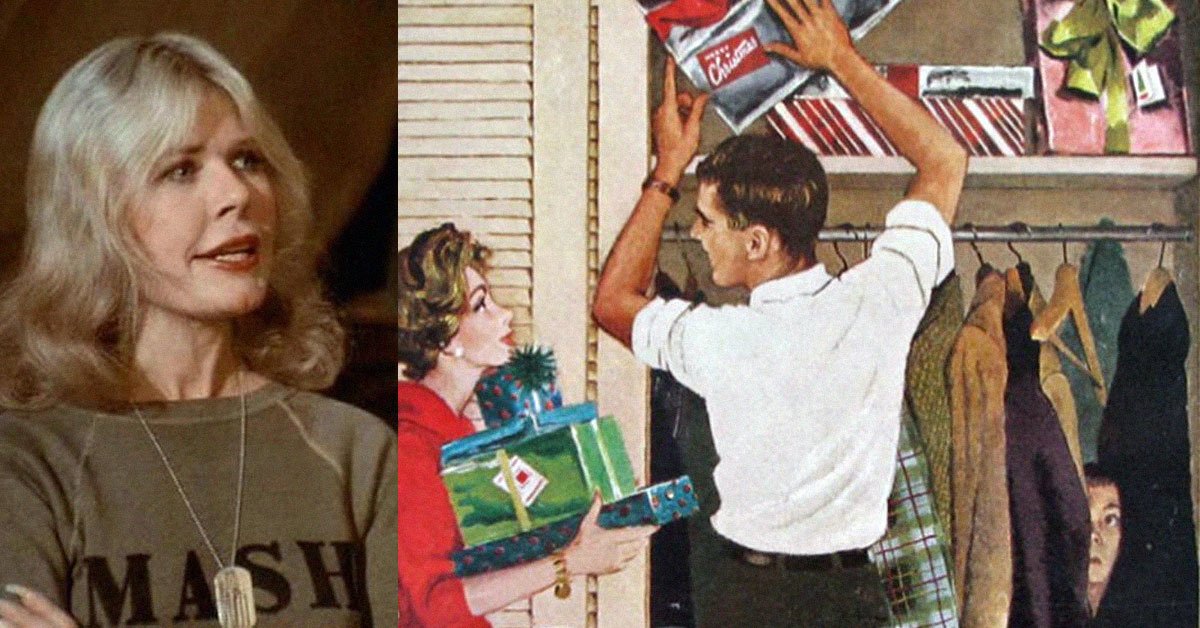 For many kids, snooping for Christmas presents is just part of the tradition.

In fact, today's kids go so far as to check their parents' browser history or wait outside to see what the Amazon truck brings.

But back when Loretta Swit was a kid, in the 1940s, she wasn't the kind of child who wanted to know what she was getting before the big day arrived. She actually had the opposite problem from kids who have to snoop. She always knew exactly what she was getting — and her Christmas wish was that she didn't know!

What always wound up happening was that her very practical, well-meaning mom ended up taking little Loretta and her siblings Christmas shopping with her, so Loretta always knew what was inside every gift beneath the tree, before she had a chance to peel back one strip of wrapping paper. In a 1980 interview in Orange Coast Magazine, Swit delivered a message for parents who probably also mean well like her mom when they drag their kids shopping for Christmas: She says, please don’t do that!

"Mother always had a thing about saying, 'Well, we don't know what you need, so why not come shopping with us?'" Swit said. "So I didn't even get to open a present and be surprised."

Travel back in time with us and think about what this means. Swit was born in 1937, so she had just turned eight when the Slinky came out, and 13 when the Magic 8 Ball started mystifying kids, but this magical era of toys wasn't experienced by unwrapping these unusual delights one by one.

If little Loretta got these toys, she picked them out herself. Surely fun in the moment, but do you think a Christmas surprise would've been even more fun? She'll never know. So you can see why she would imagine it would be better for a kid to enjoy a surprise on Christmas morning!

Despite this damper on her childhood memories, Swit continued loving spending Christmas with her mom. Later in life, she and her mom even started a new holiday tradition, spending them with Jamie Farr in New York.

This closeness between Swit and Farr comes as no surprise, since Swit has many times described the entire cast of M*A*S*H as family.

"I worked with a family of brilliant performers and lovely human beings," Swit told Deseret News, describing Mike Farrell as like a brother and Harry Morgan as a father figure.

However, it was Jamie whose presence just felt like home for the holidays.

"Jamie was my mother’s favorite," Swit told From the Desk. "We would spend Christmas and New Year’s with Jamie and his family. And that's where she wanted to go." 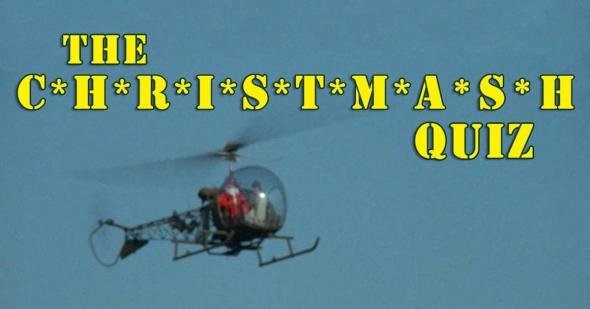 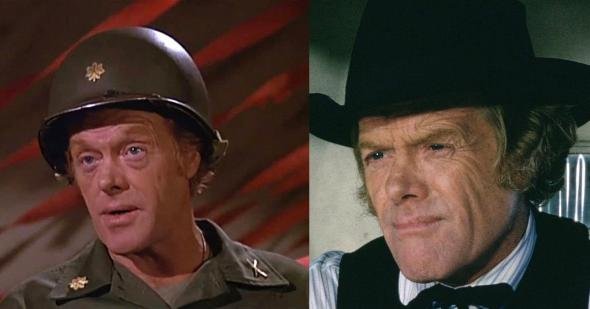 The beloved actor behind this loathsome M*A*S*H officer truly loved playing bad guys
Are you sure you want to delete this comment?
Close

Pacificsun 26 months ago
I get the point of the article including Ms. Swit's take on things. Being about way more than just shopping with a parent.

Christmas is the contrivance of adults. From commercialization to rituals. Put your lights out in October (and you’re crazy). Leave them up until February (and you’re weird). I haven’t met an adult yet who hasn’t constructed Christmas either around the image of their fondly (but distorted memories) of Christmas. Or tried to make up the deficit they experienced.

Do Children really “own” Christmas. Not quite. They are told what to believe, how to be surprised, that they are (irrationally) "more" special or deserving on one of two days in the year.

Not that I suffered at Christmas, but it was filled tension. The forced joy of it. I didn’t want impractical things. My parents were generous all times. But others picked out what they thought I wanted. Yet I was privy to families who had storybook Christmases. Today it is so totally overdone. People are saturated and exhausted. Burned out by January 1. So that they are grateful that it doesn't come again any sooner than 364 days. Other than being religious, I’m not even sure what the meaning of it is, really. The practical side of our extended family didn’t make it a big deal. Just got what they wanted, when they wanted it. Tried to make people happy year round.

ncadams27 26 months ago
We did a Secret Santa at work one year with a $25 limit. I received a gift card for Starbucks and was surprised when it was only worth $20. My “Santa” deducted the cost of the little gift box it was in. Could have gotten a free envelope with the card.
Like Reply Delete

ncadams27 26 months ago
I usually knew what I was getting - with a few exceptions. I would ask for a lot of presents and knew I would only get a few of them. So although I knew all the presents, I just didn’t know which ones. My parents would have no idea what I really wanted unless I told them. My favorites - tape recorder, Erector set, Lincoln logs, and American Flyer trains. Least favorite - clothes and savings bonds (It’s not like I could spend them). In school we exchanged gifts and I always wound up with the Life Saver assortment.
Like Reply Delete

Hogansucks1 26 months ago
Sometimes-NOT getting what you really wanted, can teach one some good values, attached along with other principle traits.😏. It seems like Jamie Farr and his family are fun to hangout with. 😊
Like (1) Reply Delete

Pacificsun Hogansucks1 26 months ago
What didn't you get that taught you somethi😉ng? Just curious.
Like (1) Reply Delete
texasluva Pacificsun 26 months ago
The Illudium Q-36 Explosive Space Modulator 💥.
Taught me that I couldn't just blow up da Earth because I wanted to 😕.
Gotta pop-gun instead. A lotta good that did. Couldn't even harm a Weasel 🤷‍♂️😟.
Like (1) Reply Delete

MrsPhilHarris 26 months ago
I loved the surprise of opening a present not knowing what was inside. ☃️
Like (2) Reply Delete
Load previous comments
texasluva MrsPhilHarris 26 months ago
Hark! Do I hear you might need a lifeline . Is that your final answer-Western? Swing your partner round and round and where it stops nobody knows. Well it could be, might be, who knows
Like Reply Delete

Excuse me, where's the actual quiz with the clues!
Like Reply Delete
texasluva Pacificsun 26 months ago
Hidden where you're neva gonna find it. No. Its over in the Marvin The Martian quiz page.
Like Reply Delete

stephaniestavropoulos 26 months ago
My sister and I gave my mom, {my dad was never involved, he hated getting gifts. But he didn't mind giving them. He usually gave the 3 of us $ for Jesus' birthday.}
Mom would ask Becky and I what we wanted, {this was for Birthdays as well,} and we wouldn't answer her. It's not that we were ignoring her, its just that we weren't "typical kids" who would see something in a store or on tv and beg to let us have it. We weren't greedy. I think that was instilled in us when dad would make sure we ate everything on our plates. He was not a big proponent of wasting food. We should be grateful for what we had. But there were times when mom sensed, {you know how alert mom's are} that we might like something, and she would try and get it. She also did what Loretta Swit's mom did and take us shopping. If Becky and I saw something we liked, she said this was going to be our Christmas/Birthday present. It also meant, that it wasn't "legally" ours until that date. We couldn't take "possession" of it, as soon as we got home. So, I can relate to what LS went through when it came to presents.
Like (1) Reply Delete