Was there meant to be a connection between these two underground agents who helped Col. Hogan? 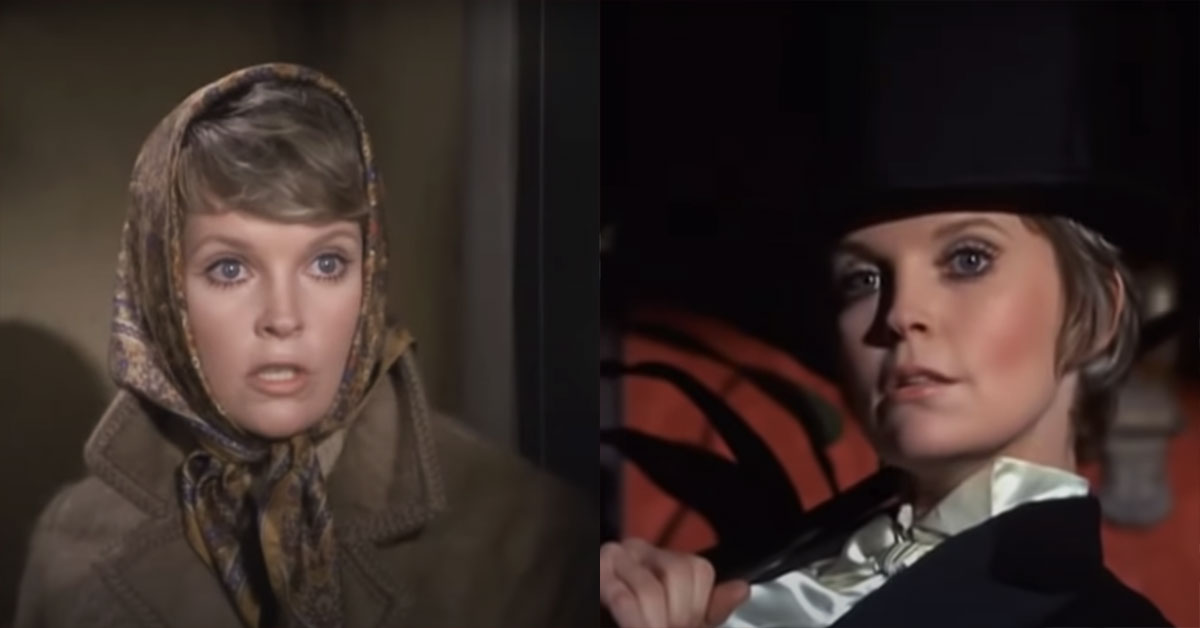 In the Hogan's Heroes episode "Six Lessons from Madame La Grange," Marlyn Mason plays a famous nightclub singer named Lily Frankel who is secretly part of the underground, determined to bring down the Germans. Hogan catches her act but is more interested in the message she has to deliver: That a double agent is about to give up the names of anyone associated with the underground!

Naturally, Hogan and company hatch an elaborate plan involving Ms. Frankel, the nightclub, and LeBeau giving Major Hochstetter dancing lessons. It could never work between them, but that doesn't stop Hogan and Lily from flirting for nearly the entire episode. That is to say, she certainly seems like someone he wouldn't forget in a hurry. 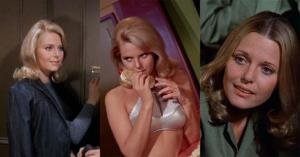 But that's exactly what happened the very next season. Or, there was another character who just happened to have the same name and face. Lily Frankel, again played by Marlyn Mason, appears in the last episode of the series, "Rockets or Romance." She is an agent working with the underground who meets Hogan to help locate a mobile rocket launcher about to target London. Hogan knows the contact only as "Frankel" and is surprised to find out she is a woman. She introduces herself as Lily Frankel, which would seem to indicate she's the same person Hogan worked with the previous season. But neither character mentions anything about a previous relationship. Lily even tells Hogan, "You do not even know me," after he says he would risk his life for her.

This is either a differenct character from "Six Lessons from Madame La Grange" or a continuity blunder. But it would be an incredible coincidence even if two underground agents played by different actresses were each named Lily Frankel. The fact that Marlyn Mason appeared both times either means there is some connection or that continuity in those days really was at the bottom of the list of priorities. In a way, it could be both.

Using the same name and actress would show a connection for fans who had seen the previous episode. But because each installment had to stand on its own, neither Hogan or Lily could mention they already knew each other. Of course, it very well could be that no one involved remembered or cared enough to change the name of the character for Marlyn Mason's second appearance.

After all, actors played multiple roles on many classic shows, sometimes two in the same season. But the fact that it's a character in a similar position with the same name, played by the same actress, seems to point to more than coincidence. It might have been a way to signal to repeat viewers that this character was back while not alienating first-time watchers.

She also played Sgt. Carter's sister on Gomer Pyle, U.S.M.C along with many other roles in everything from My Three Sons to Bonanza to Barnaby Jones.

Did you ever notice the two different versions of Lily Frankel? Let us know your thoughts on the character, or characters, in a comment! 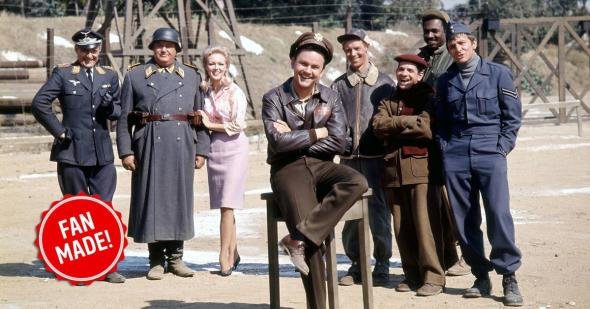 Fan-made
Can you hatch the perfect plan to take on this Hogan's Heroes quiz? 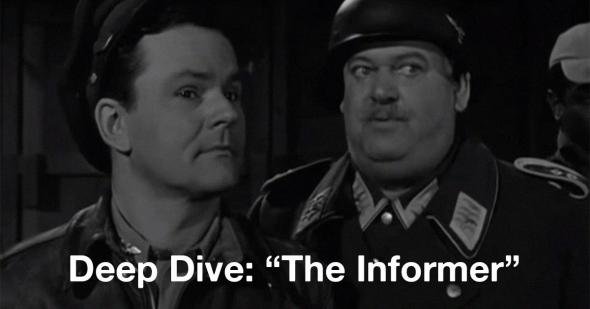 Did you know?Deep Dive1960s
9 ways the Hogan's Heroes pilot differs from the rest of the series 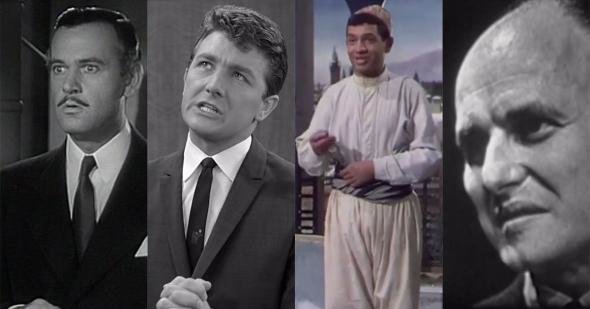 Did you know?First roles1960s
See the cast of Hogan's Heroes in their earliest screen roles
Are you sure you want to delete this comment?
Close

CarrieSweet 13 months ago
Oh, I noticed. I wrote a fanfiction story about it years ago entitled "Don't I Know You From Somewhere?"
Like Reply Delete

Kenner 23 months ago
Marlyn is still with us at ripe old age of 80!
Like Reply Delete

Pacificsun 23 months ago
When we had the Fan Club Cafe one of our writers did a piece on all the beautiful (and they really were!) women who guest starred on Hogan's Heroes. It was my favorite article John ever did. The women had a long list of credits and they surely let them shine on that series!!
Like Reply Delete

Pacificsun madvincent 23 months ago
Yeah, but that wouldn't have taken any time! No fun there!
Like Reply Delete

Andybandit 23 months ago
Interesting story. I like Hogan's Heroes. All the characters are funny.
Like (1) Reply Delete

DavidEmbry Andybandit 23 months ago
I think Gavin McLeod was the champ if the multiple characters. I watch this show all the time. My wife asked me last night how I could stand watching it over and over. I told her that I can usually find something new or I missed in an episode before.
Like Reply Delete

ncadams27 23 months ago
Maybe the episodes were not shown in chronological order and her second appearance was actually the first time she met Hogan.

Another thought - I think there should have been a series finale that takes place on VE Day and it is revealed that Klink and Schultz were double agents who were also part of the underground. They were the ones Hogan received orders from.
Like (1) Reply Delete

Pacificsun ncadams27 23 months ago
That would've been very, very cool! You should write a HH story for their fanzine!
Like Reply Delete

Wiseguy ncadams27 23 months ago
Two things work against that. First, it wasn't done that much back then (Studios didn't like endings, they thought it would reduce interest in watching reruns (e.g., Paramount didn't want The Odd Couple to do a final episode)). Second, programs finished production much earlier in the season; by the time a program was cancelled it was too late. The only way it would have happened is if they had chosen to end the series (like The Dick Van Dyke Show) but they weren't ready to do that. (Also, that story would negate the entire series. Better to have no ending than that one.)

Wiseguy ncadams27 23 months ago
"Maybe the episodes were not shown in chronological order and her second appearance was actually the first time she met Hogan."

The Rockford Files did something similar although they had a reason. In the fifth season there were these two punks from Jersey who Rockford knew and disliked (they were harassing his father for one thing) and they decided to kill someone and were arrested at the end. For whatever reason, the producers decided to make a spinoff with these characters with the same actors. In the following season, Rockford went to Jersey, "met" these two guys (they weren't murderers but still idiots) and by the end of the episode were, more or less, on friendly terms. Thankfully, this pilot wasn't picked up but today it would make more sense to view the second episode first (one of the last episodes of the entire series) and then the first episode second.
Like Reply Delete

DavidEmbry ncadams27 23 months ago
They may have left it like that to continue it later. But was Bob Crane killed near the end of it or a few years later?
Like Reply Delete

mdit21 ncadams27 20 months ago
Two points about the theory of chronological order. One, this continuity error happens across a season change from five to six. So the writers would have had to written "Rockets" well in advance (prior to season six). Two, Ivan Dixon (Kinchloe) is in "Six Lessons From Madame La Grange" (S-5) and Kenneth Washington (Baker) is in "Rockets Or Romance" (S-6). So "Rockets" couldn't have come first before "Madame La Grange" unless one wants to play the speculation game.

That speculation would entail Baker filling in for Kinchloe in "Rockets" (if this episode came first) and later Kinchloe returns for "Madame La Grange" (because the timeline of "Hogan's Heroes" was all over the place, it could be conceivable). It would mean that Baker was already in the camp at the same time as Kinchloe and as the backup radio operator (but never seen until needed).

Let's call it for what it is. It's a continuity miscue with the writers having such a good time over the hiatus between seasons five and six that it resulted in their collective memory lapse. Besides, there was never an adherence of any kind to continuity through episode-to-episode (except for the general premise of the series and main characters; and sometimes even getting their background stories messed up) during the production of TV series in general in this era (with maybe some exceptions).

MarkSpeck 23 months ago
Marlyn Mason has been retired from acting since 1993, but she's always willing to discuss her career with TV and movie historians.

Having been in countless Quinn Martin series, she was the perfect interview subject for my friend Jon Etter, when he wrote his book, Quinn Martin, Producer. He later did a more in-depth article on her for Filmfax magazine.

Marlyn didn't do much in the way of movies, but her work in Elvis movies has also drawn the attention of many of the King's fans.
Like (1) Reply Delete

Pacificsun MarkSpeck 23 months ago
Didn't she have a short but running role on Fraiser as one of his father's girlfriends? If not, who was it then, does anyone remember?
Like Reply Delete

cperrynaples MarkSpeck 23 months ago
One more credit to mention: She was Ed Wynn's granddaughter in the Birdman episode of Bonanza!
Like Reply Delete

teire 23 months ago
It’s Marlyn Mason, not Marilyn. She was very active in the 60s and 70s, a very recognizable face from that period.
Like Reply Delete

justjeff teire 23 months ago
...and not to be confused with Marilyn Manson!
Like Reply Delete