Where To Watch Shop Store Contact
Home / Stories / Next year, you can stamp your letters with Mister Rogers' friendly face
NEWS

Next year, you can stamp your letters with Mister Rogers' friendly face 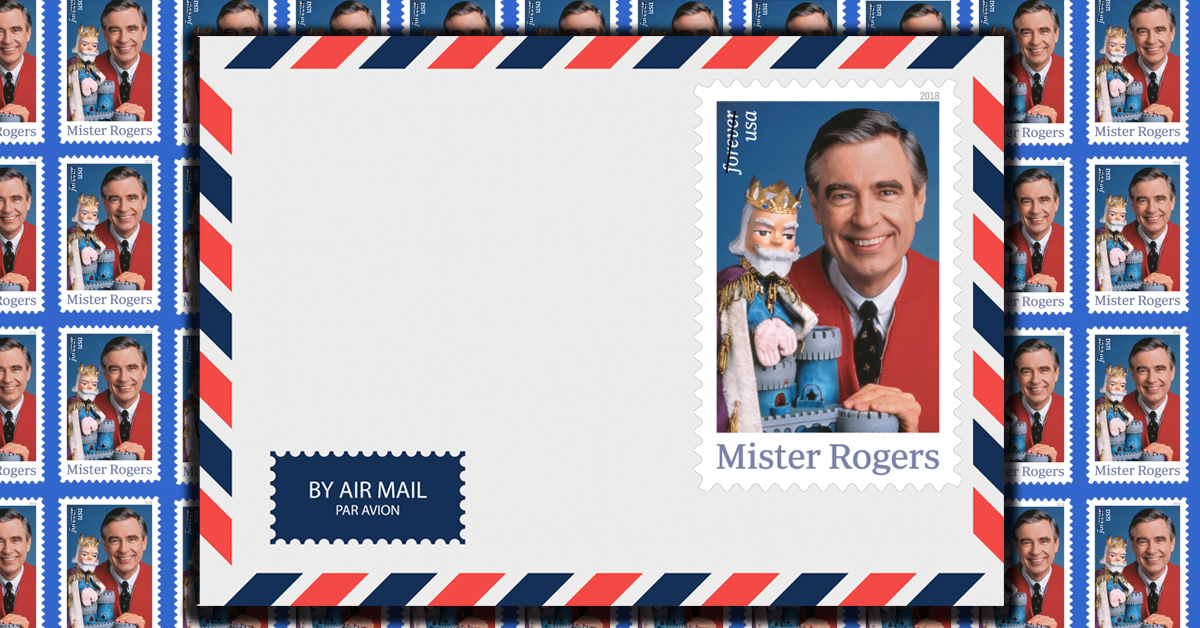 Each year, the U.S. Postal Service issues a round of new stamp designs, and just this week, we got our first look at what next year's mail will look like. Amid new designs that honor historical figures like Sally Ride (first U.S. woman in space), acting legends like Lena Horne and music icons like John Lennon appeared a face folks in every neighborhood knows all too well: Mister Rogers. Here he is below, accepting a delivery of his own and, of course, giving something back.

Mister Rogers' Neighborhood debuted in 1963 and ran for 31 seasons. Whether you caught the original run on CBS or crept up closer to the TV when it began airing on PBS after 1970, kids everywhere smile upon sight of his familiar face. If you count yourself among Mister Rogers' biggest fans, these stamps will become available next year. Currently, the Postal Service has not shared exactly when, but we'll keep an eye out for an update. We'll also be checking all of our incoming mail for a delivery from the popular kids show mailman Mr. McFeely.

See Also: 40 years ago, Mister Rogers took a break from his vacation to film his only Christmas special