America’s #1 Classic Television Network
Find your local MeTV station
Where to watch
See when your favorite shows are on
See schedule
Personalize MeTV.com to follow your favorite shows
Free sign-up
Shop your favorite shows in the MeTV Store
Shop Now
Home / Stories / Mary Tyler Moore told a lie that inspired a plot line on the Dick Van Dyke Show
Did you know?1960s

Who knew a fib could lead to something so good? 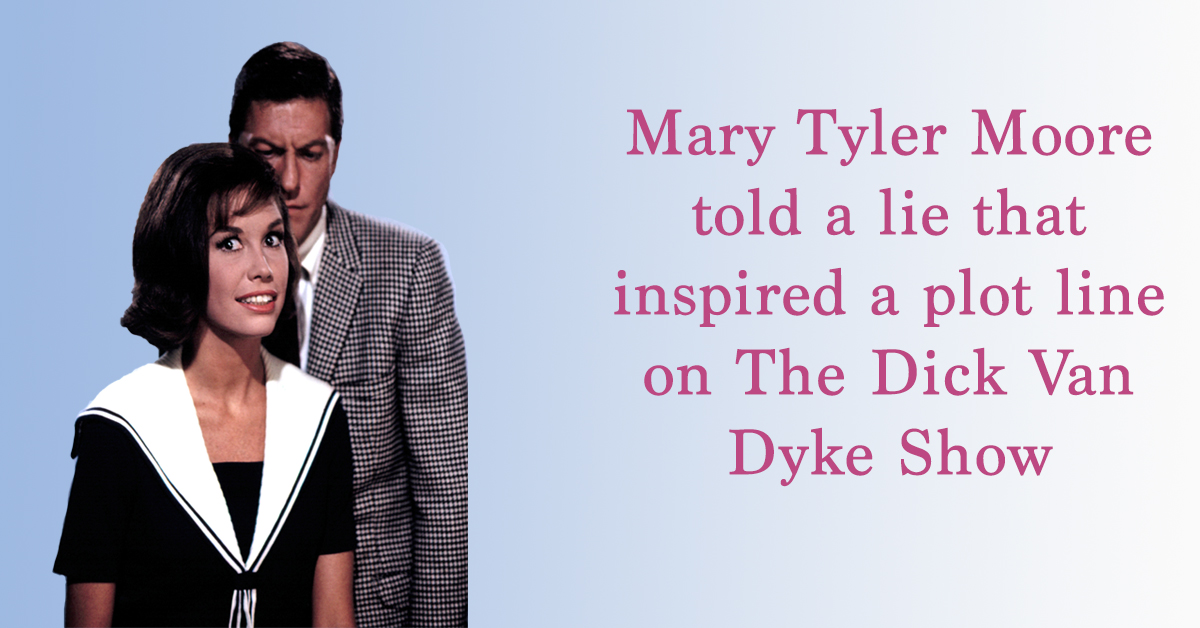 It's impossible to imagine anyone other than the great Mary Tyler Moore playing Laura Petrie on The Dick Van Dyke Show. Nearly 60 actresses read for the role before Carl Reiner cast Moore, remembering her as the "girl with three names." At the time, Moore was 24 years old and on the rise with a dance and commercial career on her resume. This didn't mean that she still didn't need some tricks of the trade to land a solid role.

At the time of casting, Dick Van Dyke was 11 years Moore's senior, and the casting office was looking for someone closer in age to play the Laura to his Rob. Upon arriving at the audition, Moore informed the casting directors that she was in, fact, two years older than she truly was.

quiz
Can you name these TV stars who appeared on The Dick Van Dyke Show?

After dazzling at the audition and landing the role, the truth was exposed — the 24-year-old actress had fibbed, but there was no better fit for the role. Moore was cast and the show went on as audiences know it.

Now, if Sally Rogers and Buddy Sorrell have taught us anything, it's that inspiration for a situational comedy can come from anywhere at any time.

This couldn't be more true for the show's own writing; the writers of the sitcom took inspiration from Moore's little stunt at the audition and wrote a two-part episode about a similar issue. If you recall "Laura's Little Lie" and "Very Old Shoes, Very Old Rice", Laura avoids signing a life insurance policy because it requires a doctor's appointment, which would include a verification of her age. We learn that in order to marry Rob, Laura lied about her age by two whole years!

Sometimes even with the best screenwriters in town, you can't beat real life. 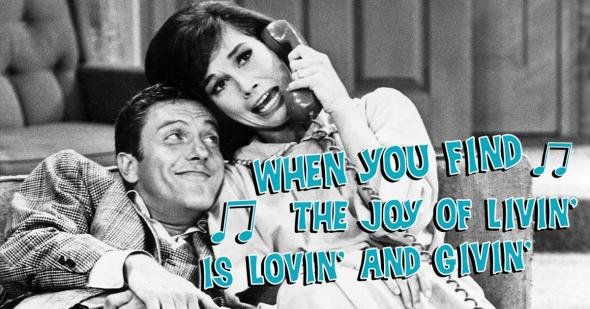 Did you know?Theme Songs1960s
Hear the Dick Van Dyke Show theme song with its unused lyrics added
Are you sure you want to delete this comment?
Close

MichaelSkaggs 3 months ago
Didn't a recent article say they talked about what happened to them over the weekend and use those as the storylines for the series?
Like Reply Delete

MadMadMadWorld CatMETV666 21 months ago
You have to stand in line behind me! TDVDS has been my all-time favorite tv series since I first saw it in 1964. I saw the final two seasons as they aired every Wednesday, and then later saw all of the first three seasons. There has never been a better-looking tv couple than Rob and Laura Petrie! Lucy and Desi were good looking too. Desi just as good looking as Dick. But Mary is the more beautiful in comparing Lucy to her. Of course Lucy was already 40 in her first tv series year, while Mary was already in her prime at 24, and only got better looking by the time she stopped being Laura (at 29) in the last episode aired in June 1966.
Like Reply Delete

jaelinsmith40652 CatMETV666 11 months ago
Totally Awesome but still like to watch both of those classic shows they were both in couple in character husband and wife.
Like Reply Delete

Eden_Faunce 27 months ago
I am making 80$ an hour… After been without work for 8 months, I started freelancing over this website and now I couldn’t be happier. After 3 months on my new job my monthly income is around 15k a month… Cause someone helped me telling me about thiss job now I am going to help somebody else…
Check it out for yourself ............ xurl.es/HomeJobs3
Like Reply Delete

MadMadMadWorld 21 months ago
You and 30 million other guys! She was as great on that show, her first real part on TV after her secretary role (only her legs and sexy voice were shown/heard) on "Richard Diamond, Private Detective" from 1959-60. Then in 1960, she got THE best part for a woman in all of television, as "Laura Petrie." TV has not been the same since! Trivia: the pilot was filmed on Friday, Jan. 20, 1961, the same day President Kennedy was inaugurated. Not aired until Oct. 3. If there was one tv couple who resembled Jack and Jackie in how superb they looked, it was Dick and Mary. I miss the three from those short golden years with life in the U.S. and in tv. Dick is now 94 (b. Dec. 13, 1925 in West Plains, MO).
Like Reply Delete

thedude1500 28 months ago
That was a plot line in Big Love. The youngest wife lied about her age and was underage when she married.
Like Reply Delete

15inchBlackandWhite 28 months ago
Melody Patterson famously fibbed her way onto F Troop when she was FIFTEEN!
I think they card people now. I bet Ken Berry was freaked-out!
Like (5) Reply Delete

RedSamRackham 15inchBlackandWhite 28 months ago
* That's why Ken Berry avoided intimacy with Melody saying "Jane, not in front of the men!" to cover for her being under-age. ☺
Like (2) Reply Delete

cperrynaples RedSamRackham 28 months ago
Right, he didn't want to be the white R. Kelly...LOL! Today, someone would be checking ID to make sure an actress was legal! Of course, it didn't matter to Harvey Weinstein....LOL!!!
Like Reply Delete