Play a new part in this world of puppetry, he does. 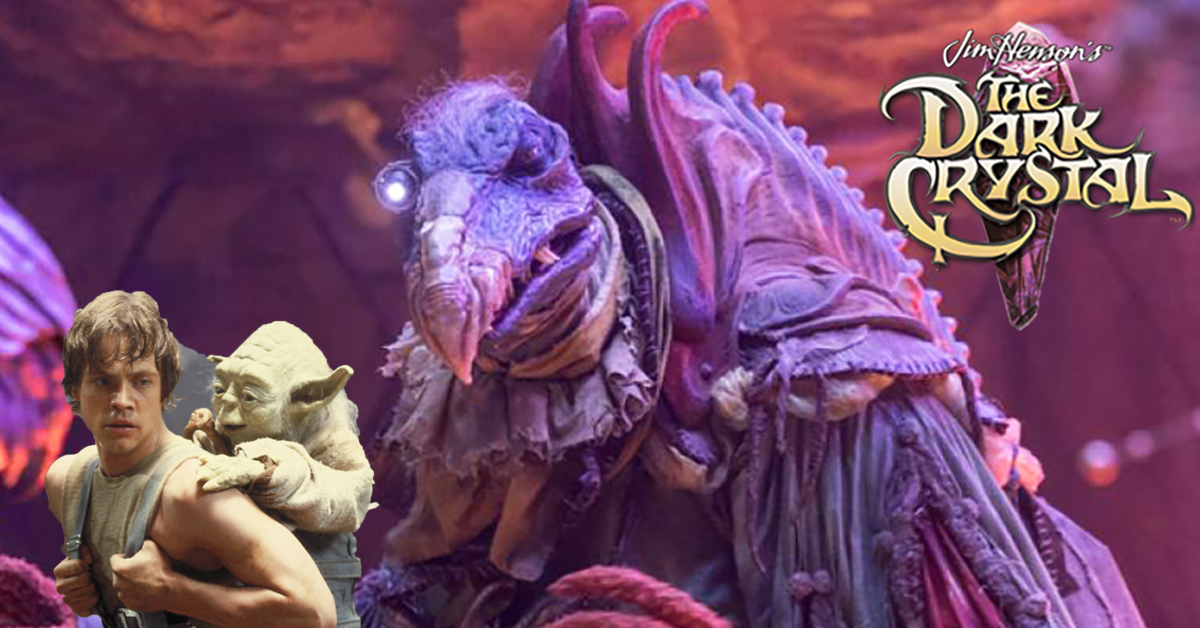 Jim Henson has a special place in the hearts of millions for creating the beloved gang we know as The Muppets. The clever, quick-witted humor of our favorite frogs, bears and blue weirdos brought smiles to the faces of kids and adults alike. Henson flipped this aesthetic on its head with his 1982 dark fantasy, The Dark Crystal, which is being honored with a reboot later this summer.

No newcomer to adventure himself, actor Mark Hamill was recently confirmed as a contributing player to the new series. Hamill had worked in a similar situation before. The puppet form of Yoda present in the 1980 hit The Empire Strikes Back was the product of a production consultation with Henson and the building/puppetry talents of Frank Oz, puppet master and Henson's longtime collaborator.

At its first introduction to audiences, The Dark Crystal was heralded as a completely unique and innovative use of puppetry to tell such a fantastical story.

In 2017, Netflix announced its prequel to the story, entitled The Dark Crystal: Age of Resistance. The 10-episode series is set to take place prior to the happenings in Henson’s movie. A group of three Gelflings (elf-like creatures with various powers) are on a quest to stir the fires of rebellion as the evil Skesis (vulture-like overlords) invade the land of Thra.

Hamill will make an appearance voicing one of the Skesis.

While little is still known about the plot of the series, other major names associated with the project have finally been released. The talents of performers such as Eddie Izzard, Harvey Fierstein and Helena Bonham-Carter are slated for an appearance, although their character names have been kept secret for the time being.

Game of Thrones fans can also rejoice; Nathalie Emmanuel (i.e. Missandei) has been confirmed as the voice of lead Gelfling character Deet, and co-star Natalie Dormer (i.e. Margaery Tyrell) will also be contributing a voice to the project. Recent music icon and spy Taron Egerton (Elton John in Rocketman; Eggsy in Kingsmen: The Secret Service) will be playing warrior Gelfling Rian. With a list of celebrities like this, how could you be let down?

The Dark Crystal: Age of Resistance will be available for streaming on Netflix starting August 30, 2019.