Kevin Hagen is famous for playing a kind TV doctor on Little House, but this cold-hearted colonel was much more his style. 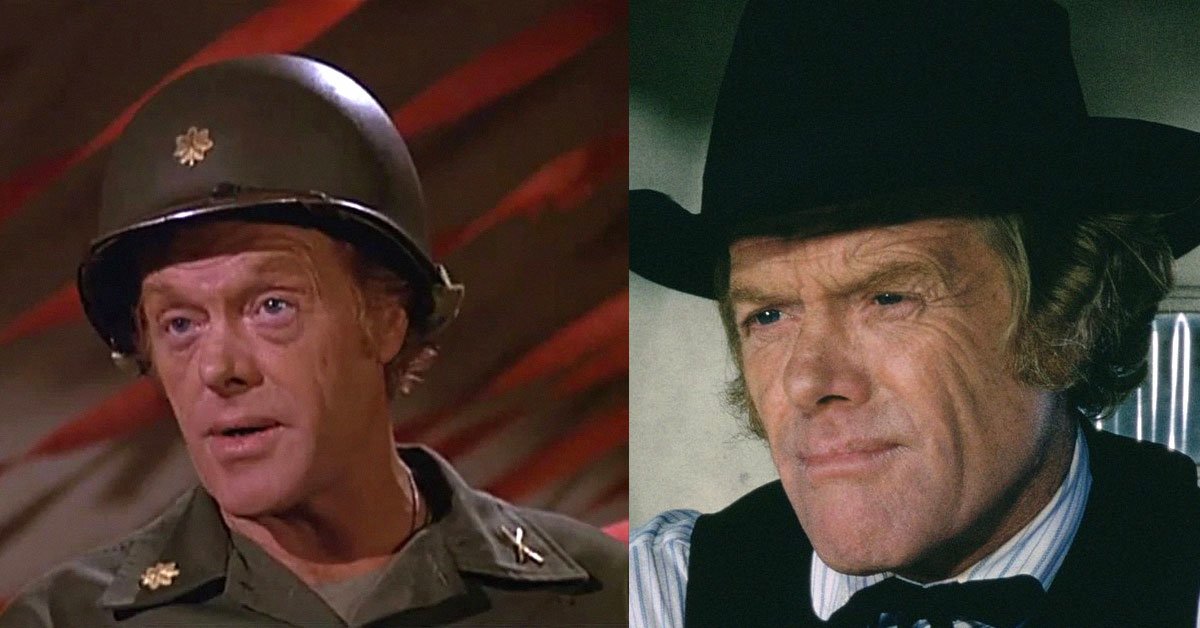 Many eyebrow-raising officers visited the 4077th who seemed like complete jerks, but one of the coldest hearts that Hawkeye and B.J. ever encountered was Colonel Coner, who arrived in the episode "Some 38th Parallels." Played by veteran character actor Kevin Hagen, Coner appears blindly reckless, not sensitive to losing many soldiers while executing his missions.

These kinds of characters were M*A*S*H's biggest villains, but some fans of classic TV may have been shocked to see Hagen play this cruel colonel, surely knowing Hagen best for playing the lovable Doc Baker on Little House on the Prairie, which aired the same time Hagen appeared on M*A*S*H.

However, Hagen is one of those veteran character actors who got his start playing villains. His appearance on M*A*S*H, which arrived two decades into his career, was actually much more in character for the actor — far more so than the beloved doc from Walnut Grove that he later made iconic in Michael Landon's hit family series.

The first time Hagen appeared on TV was in a 1957 episode of Dragnet called "The Big Tease." Hagen played one of two brothers who robbed their grandfather's life savings and tried to blame it on his much younger girlfriend.

Hagen developed intense feelings for acting while appearing in more than 130 different TV shows. Once he said in an interview with the Grands Pass Daily Courier, "I just found it absolutely became part of me. It was something I couldn't walk away from. Do it or die."

These bit parts as bad guys led to a bunch of roles as villains in Westerns like Gunsmoke, Bonanza, Rawhide and many more, the typecast especially taking hold after Hagen appeared as a murderous army deserter in the 1965 James Stewart movie Shenandoah.

It was these dark roles that Hagen tapped back into for his M*A*S*H appearance, making it easy for audiences to forget we usually saw that actor dispensing folksy wisdom on Little House. As much as Hagen loved working on Landon's series, though, he confirmed in a 1985 interview with The Oregonian that he liked being a bad guy best.

Of course, if anyone could convince a long-time bad guy to go soft, it was probably Michael Landon, who leapt from the action-packed Western Bonanza to the sweet family drama Little House on the Prairie. Hagen, in an interview with Zunshine, expressed a lot of fondness for Landon, saying his jokes had people laughing behind the scenes and "his special and unique laughter I can still hear."

Just know that when you see Hagen on M*A*S*H, you're seeing the actor in a role that's more his style, as a very experienced villainous character actor who was willing to give good guys like Hawkeye and B.J. a real monster to gape at.

"There's a heavy in all of us," Hagen said, suggesting his villainous roles might be more relatable than people like to think. You can bet after watching that Hawkeye and B.J. certainly do not see eye to eye with Coner! 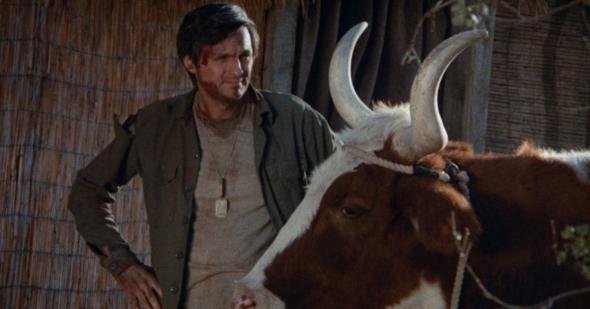 did you know?
This unique M*A*S*H episode is basically a Hawkeye one-man show 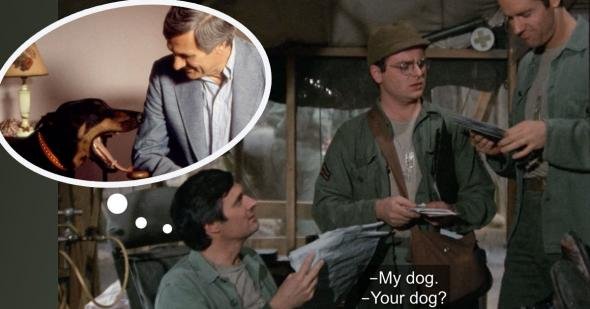 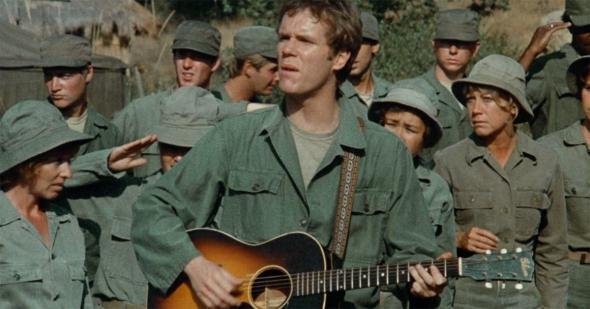 Did you know?
M*A*S*H creator explained why the singing captain only appears for one season
Are you sure you want to delete this comment?
Close

CharlieSmith 8 months ago
I loved the episode "Peace on us" where Kevin Hagen appears as Major Goss to chastise Hawkeye for crashing the Peace Talks and then joins the red party with his real red hair.

LSUFAN44 19 months ago
What was so villain about him? He was an MP doing his job...If he was a bad guy he would have arrested Hawkeye
Like Reply Delete

Wiseguy 20 months ago
He played a good guy on Mission: Impossible as a friend of Jim Phelps' who was wrongly accused of murder in one of the "personal" episodes (one without a mission or self-destructing tape scene).
Like Reply Delete

UTZAAKE 20 months ago
Kevin Hagen appeared in two Twilight Zone episodes, one in which he played one of three astronauts who land on an asteroid resembling earth but with people frozen in time except for the caretaker. The astronauts made the mistake of having a tea time with the caretaker and ended up dead, well preserved and the asteroid's newest display pieces. Also remember watching Hagen playing a stereotypical military officer in an episode of The Fall Guy.
Like Reply Delete

Hogansucks1 20 months ago
Reminds me of a episode where Brian Dennehy played an M.P., - Confronting Burns about selling artifacts for profit. He had that appeal about his demeanor as an actor that I liked !! R.I.P.- Kevin & Brian 😌
Like Reply Delete

JHP 20 months ago
didnt he have another role/character on MASH? Didnt he show up after the Hawkeye trip to the peace talks

WordsmithWorks JHP 20 months ago
Excellent pull! He was the red-haired officer who came after Hawkeye at the "red" party. "Do you think I fit in?"
Like Reply Delete

JHP WordsmithWorks 20 months ago
thanks for the comeback:) and happy safe holidays to you - this actors face looked familiar and his character in that ep wasn't nasty at all - maybe he had red hair? :)
well me-tv you got some
splainin to do :)
Like Reply Delete

R_Walls 20 months ago
He might have liked playing the villain but was a very kind man. I had some email/mail correspondence with him about 5 yrs before he died. I read that he took a break from acting to raise his son (solo), and thought it was a real indicator of character. I was taking classes in graphics & as a project, made a logo for him. He was kind, complimentary and encouraging.
Like Reply Delete

Mike 20 months ago
Kevin Hagen was part of the prime time TV landscape for decades - in any role you can name.
He was part of TV's repertory company; look up his credits, and you'll find that he turned up dozens of times, an all kinds of shows - and he always gave value for money.
Each week, when I got the new TV Guide, I go through the weekly listings, looking to see which character actors were doing which shows.
Seeing Kevin Hagen's name in a cast list was a guarantee of a good show.
You know, he would have been a good choice to do one of your "Do You Know ME?" promos - he was in so many shows in the MeTV inventory (almost as many as Bill Schallert ...).
Like Reply Delete

TheDavBow3 20 months ago
Yeah, he was everywhere. Very versatile. Don't forget about playing the bad guy giant always trying to catch the crew on Land Of The Giants.
Like (2) Reply Delete

DIGGER1 20 months ago
Personally, I think that I probably speak for everyone here on the "ME-TV" website, when I say that we all prefer Kevin Hagen as the lovable and kind-hearted "DOC BAKER" on "L.H.O.T.P.", than as that heartless and reckless "COL. CONOR" in that "M.A.S.H." episode, "SOME 38TH PARALLEL". On the other hand, the next-to-last scene of the episode, where Conor had some trash dumped on him from a chopper as he was getting into a jeep? That was the "MOST HILARIOUS SCENE" of the episode that I ever saw.👍🏻👍🏻
Like Reply Delete
Load previous comments

DIGGER1 Hogansucks1 20 months ago
You're probably right. Thank you for the information.
Like Reply Delete

Moverfan DIGGER1 20 months ago
If you stop and think about it, Hawkeye was probably the one person who could have stopped the war. Can't you see some poor major or lieutenant colonel explaining it to everybody else? "Look, guys, if we get everybody together and come to terms, we don't have to deal with that nutcase doctor anymore!"
Like (1) Reply Delete

DIGGER1 Moverfan 20 months ago
(SCOFFS): With all due respect, "MOVERFAN", if what you were just saying was true, that a person like Hawkeye could have talked some sense to some peace delegates at Panmunjom, then the same thing could probably be said about the current political situation going on right now here in the U.S. But, suffice it to say, I'm still not going to hold my breath that that's ever going to happen, you know what I mean? LOL!
Like Reply Delete