The Funny World of Fred and Bunni was one of many failed pilots from the studio in the 1970s. 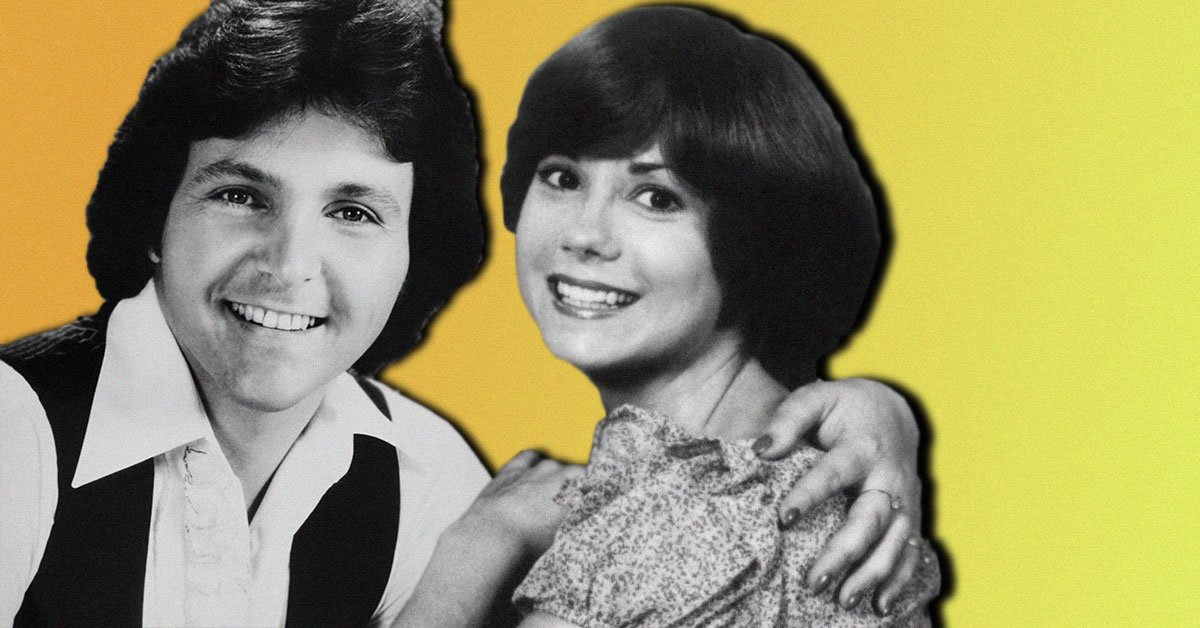 William Hanna and Joseph Barbera are best known for bringing us beloved animated characters like Yogi Bear and Barney Rubble. The studio also broke barriers when it brought cartoons to primetime television, beginning with The Flintstones in 1960. But Hanna-Barbera dabbled in live-action programs, too.

The Saturday morning kings filmed series like Danger Island, Korg: 70,000 B.C. and Mystery Island (mysterious, dangerous islands are big with kids) to kick off weekends in the Sixties and Seventies. Hanna-Barbera crafted several adult-themed live-action shows for primetime, as well.

In the spring of 1978, the studio offered a variety show called The Hanna-Barbera Happy Hour. Maybe you caught one of its five episodes if you were a big NBC loyalist at the time. 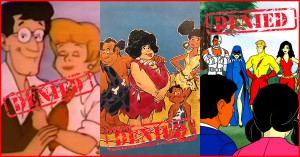 Did you know?
6 failed Hanna-Barbera concepts that never made it as TV shows

Hanna-Barbera experimented with several other live-action pilots. Those you never saw. Because they never made it to air.

Rita Wilson, future wife of Tom Hanks, starred in The Beach Girls (1977). Sergeant T.K. Yu (1979) cast regular Tonight Show guest Johnny Yune as an action hero in a crime drama. Speaking of The Tonight Show, Ed McMahon partnered with Georgia Engel of The Mary Tyler Moore Show to host a series pitting America vs. The World (1979). All of them failed to become series.

Perhaps the wackiest of the batch was The Funny World of Fred and Bunni. The titular "Fred" was not Flintstone, rather Travalena, a singer-comedian known for his impressions of Beatles members, Elvis and Frank Sinatra.

The producers modeled Funny World after the routine of Louis Prima and Keely Smith. The song-and-banter duo lit up stages from the Atlantic to Las Vegas throughout the 1950s, performing standards like "That Old Black Magic." Prima and Smith eventually married.

John Travalena, on the other hand, would not partner with a spouse. Hanna-Barbera teamed him with a toon. The visionary mind of Iwao Takamoto, the artist who designed characters for Lady and the Tramp, Peter Pan, The Jetsons and Wacky Races, handled the creation of Bunni.

In his memoir, My Life with a Thousand Characters, Takamoto described Bunni as "a sexy young woman, who in the context of the show was supposed to be Fred's conscious." High-concept (and likely high-budget) stuff.

A young actress named Kathie Johnson landed the job of voicing Bunni. The relative newcomer was married to Paul Johnson at the time. Later, she married New York Giants great Frank Gifford. That's why you know her now as Kathie Lee Gifford.

While Gifford did not get to see her Bunni come to life for long, she soon got a gig on another show that could only exist in the 1970s — Hee Haw Honeys. This spin-off of the corn-pone comedy show was a "musical sitcom" set in a truck stop, and welcomed guests like the legendary Loretta Lynn.

They really don't make television like they used to.

ArthurYee 5 months ago
While the Fred and Bunni pilot never aired on broadcast tv, a blooper clip from it did air on either the Dick Clark TV Bloopers show on NBC or the Don Rickles/Steve Lawrence hosted Foul Ups, Bleeps, and Blunders show on ABC in which guest Pat Harrington Jr and Travalena were cracking up take after take when Harrington Jr uttered the line "Sonja Heine's tutu" with a funny European accent.
Like Reply Delete

Or drag a file here to upload
DerekBird 21 months ago
When did Fred Travalena become John Travalena? Kathie went on to be the singer on the revived Name That Tune. I never liked her after NTT. I hate her religious views.

dth1971 34 months ago
Why hasn't Warner Archive released that Fred and Bunni special on DVD?
Like Reply Delete

EricFuller dth1971 21 months ago
Maybe it's out of embarrassment.
Like Reply Delete

Craigg 34 months ago
What's up with the creepy disembodied wrinkled hand with painted nails on Kathie Lee's shoulder?
Like (2) Reply Delete 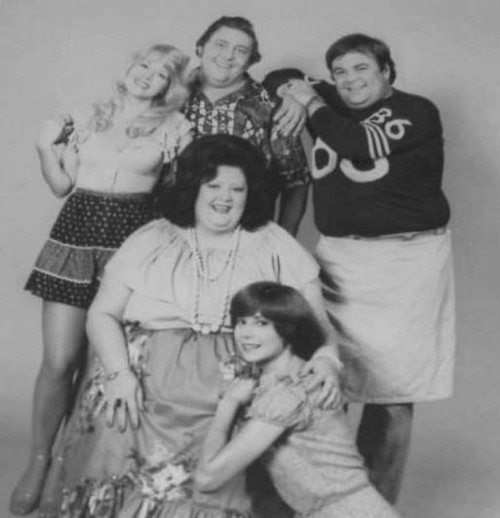 Joe 34 months ago
In the eighth paragraph, I believe the writer meant "Fred" Travalena and not John.
Like (2) Reply Delete

LucyImHome1951 34 months ago
In case anyone wanted to see it. This is all the is still know to exist. What do you guys think?
Like (1) Reply Delete

cperrynaples 34 months ago
Johnny Yune just died a few weeks ago! He is best remembered for the film They Call Me Bruce? where he was a would-be kung fu fighter!
Like Reply Delete

15inchBlackandWhite 34 months ago
The earliest thing I remember Kathie Lee in was a CBS game show called Musical Chairs back in the 70's. It was sort of a variation of Name That Tune where pieces of songs were sung to contestants who had to guess the title. She was one of the singers. It was hosted by Adam Wade, the first African-American host of a TV game show.
Like (1) Reply Delete

cperrynaples 15inchBlackandWhite 34 months ago
Kathie Lee actually WAS on Name That Tune, where she was called the "la la girl" because she sang song with missing lyrics that contestants had to guess!
Like (3) Reply Delete