Where To Watch Shop Store Contact
Home / Stories / Jim Nabors and Courtney Cox costarred in a flop 1980s sitcom
Did you know?

He played her uncle in a pilot that never got picked up. 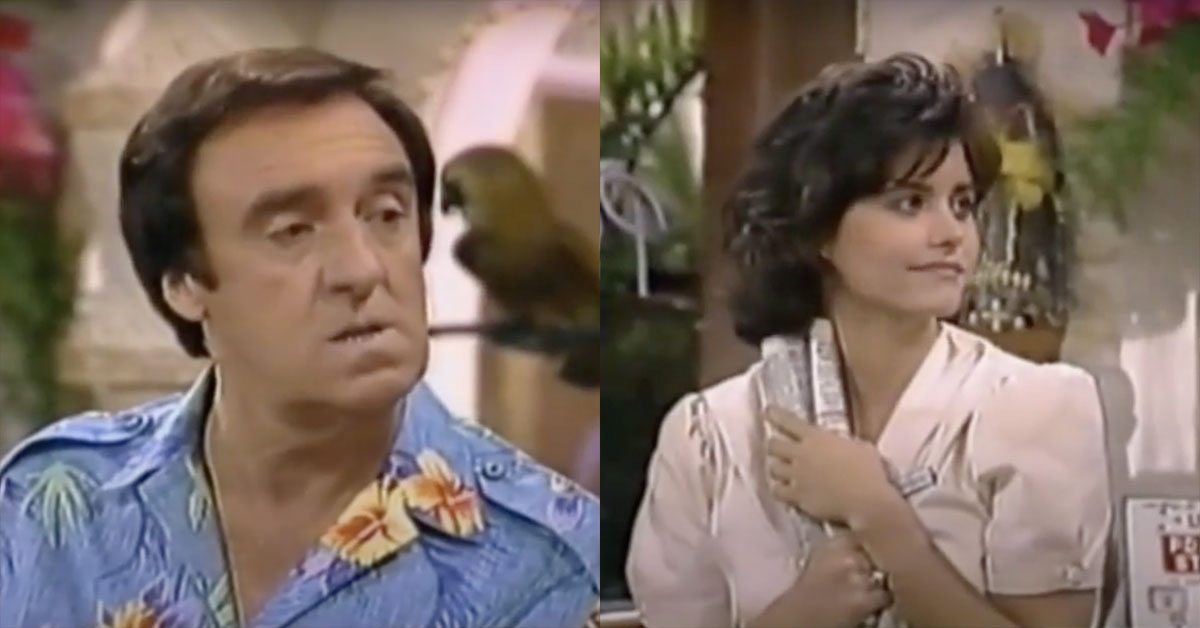 Show business is full of "what if" stories. From alternate casting choices to accidents that changed a plotline mid-shoot, there is plenty to ponder when it comes to events that almost happened.

One consistent contributor to the chapters of hypothetical Hollywood history is the failed television pilot. Shows as varied as The Rifleman, The Brady Bunch and Green Acres all aired episodes toward the end of their runs' that were backdoor pilots intended to launch spinoffs. Obviously, none ever got off the ground.

The list of failed television pilots could stretch to the moon and back. Most weren't picked up for the same reason they've been lost to history — they were just plain dull. But sometimes, a pilot that didn't pique anyone's interest at the time now seems downright intriguing in hindsight. 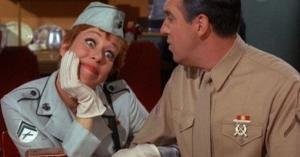 One such pilot is the 1986 sitcom Sylvan in Paradise. It follows a bumbling hotel bell captain named Sylvan Sprayberry who works at a resort in Hawaii. Sylvan is surrounded by other oddball characters like Polly, who runs the puka shell gift shop, and Sparky, a bellboy who is engaged to Sylvan's niece, Lucy.

It came at the tail end of a wave of vacation and Hawaii-themed episodes and shows vying for airtime. In fact, one of the aforementioned Green Acres spinoffs was meant to take place at a Hawaiian hotel.

Sylvan in Paradise would be nothing more than a footnote in a story about a larger TV trend were it not for the fortuitous casting that elevates it from a ho-hum disappointment to an interesting failure.

Jim Nabors played the title role with his trademark Alabama twang, clearly meant to be the show's main draw. But what really makes this half-hour of television stand out are two of the other actors.

Courtney Cox, eight years before she became known to millions of people around the world as Monica in Friends, appeared as Nabors' niece, Lucy. Though Sylvan was still years before her most famous role, if this kooky pilot had become a successful show, it could have continued into the Nineties and changed the makeup of the now-iconic sitcom about six friends in New York.

Sylvan in Paradise (which also kicked around the potential title Hotel Hawaii) aired on August 2, 1986, a Saturday evening, sandwiched between Golden Girls and Remington Steele reruns. It performed quite well in the ratings, landing in the Top 10 for the Nielsens that week. And yet, NBC opted to pull the plug.

A much more immediate result of Sylvan in Paradise getting the boot connects to a show that debuted just one year later — Star Trek: The Next Generation.

The overbearing manager of the hotel in the pilot, Clinton C. Waddle, was played by a young actor who had been appearing on TV for a few years but only in small roles. He was about to get his big break, just not from the pilot costarring Gomer Pyle. Brent Spiner played Mr. Waddle in the Sylvan pilot, before winning the fan-favorite role of Data in the Star Trek series.

If Sylvan in Paradise had gone on to air just a few seasons, Spiner may never have auditioned for his career-defining sci-fi franchise role. 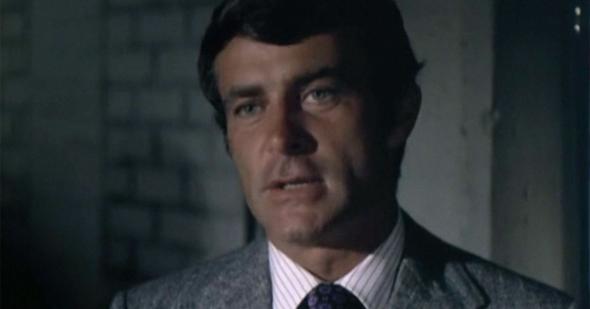 Did you know?
Robert Conrad couldn't escape his tough guy image — but he could dodge police! 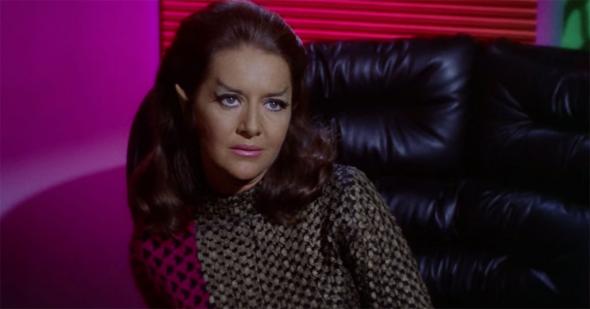 Obituaries
R.I.P. Joanne Linville, who had memorable roles in Star Trek and The Twilight Zone 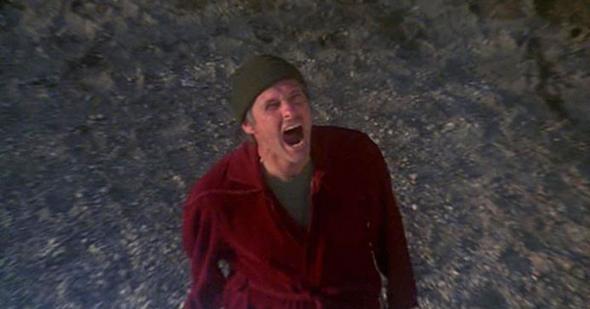 Alan Alda's vivid dreams led to one of M*A*S*H's most unforgettable episodes
Are you sure you want to delete this comment?
Close

bobbygoode 1 month ago
WELL, I was writer/exec producer/creator of this show... assigned originally by Brandon Tartikoff at NBC in 1986. I guess they made a deal with Nabors. We basically came up with Gomer Pyle in a hotel, intending to do just a light comedy show. The cast, including Cox, and Brent Spiner as the hotel manager, among others, was pretty good. It was very well received by the audience at the filming. But alas the powers that be, including Tartikoff, in this then new Dr. Bill Cosby era, didn't put it on the schedule. They did, however, add ALF. So there you go. Nabors was a great guy, we did some of the writing at his farm in Maui. It was a very fun shoot (although shot in Hollywood, not Hawaii). I guess it was a "flop" insofar as it didn't sell, but whatevs. Courtney Cox, then about 19 or 20, fresh off her Bruce Springsteen video cameo, seemed to be a "find" of NBC casting director, Joel Thurm, and she was delightful. I remember Julia Louis-Dreyfus also auditioning for the part (!). This was at least 3 years before Seinfeld, and maybe 5 years before Friends. And naturally Spiner went on to Star Trek: Next Generation as "Data". Another nice and talented fellow. Bob Illes.

Mob39 8 months ago
I do not even remember that show being on, nor does it sound familiar. Weird.
Like Reply Delete

Snickers 13 months ago
How can a show flop when there was only one episode and it was never given the chance to flop because it didn't even have enough episodes to flop? Can someone tell me what the flop is going on with that?
Like Reply Delete

cripplious Snickers 1 month ago
a flop is any show that didnt get a second season.
Like Reply Delete

327053 16 months ago
Would have loved to seen this show happen.🤔
Like Reply Delete

cogaj38307 17 months ago
I made ten thousand dollar a month doing this and she convinced me to try. The potential with this is endless. Here’s what I’ve been doing more information visit this site… https://www.Usd.Works68.Com

Mark091 17 months ago
Was Courtney Cox the woman
Who danced with Bruce Springsteen
In the video DANCING in the DARK
When he picked a woman from
The audience??!!
Like Reply Delete

jvf Mark091 17 months ago
Yes, she was the girl
Like Reply Delete

Kenner 17 months ago
Yeah, Jim was no ‘chandler,’ thank goodness.
Like Reply Delete

Lantern 17 months ago
On Jim Nabors' variety show that aired for two years after GP went off the air, they did a really funny sketch almost every week. It was set in a boarding house, with Jim, Frank Sutton, and the actress playing Frank's wife as the proprietors. Ronnie Schell played an inebriated resident of the boarding house. I always thought this sketch would have made a good sitcom by itself.
Like (1) Reply Delete

Mark091 Lantern 17 months ago
The Jim Nabors Hour was a great variety show but I would
Have enjoyed the show better
If Roy Stuart Elizabeth MacRae and Tommy Leonetti had also
Been regulars on the show.
Like (1) Reply Delete 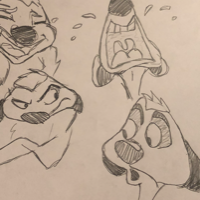 lynngdance 17 months ago
Maybe this would be a good time to mention another failed sitcom! Ever heard of “Something Wilder”? Though it only lasted for about 8 episodes, it’s great actually! It stars..wait for it….. GENE WILDER!!! (😄😄😄) it originally aired in the 90s, and it available to watch on YouTube, so you might wanna check it out!!
Fun Fact: Alice Cooper guest starred on an episode! (P.S that episode is HILARIOUS)
Like (2) Reply Delete 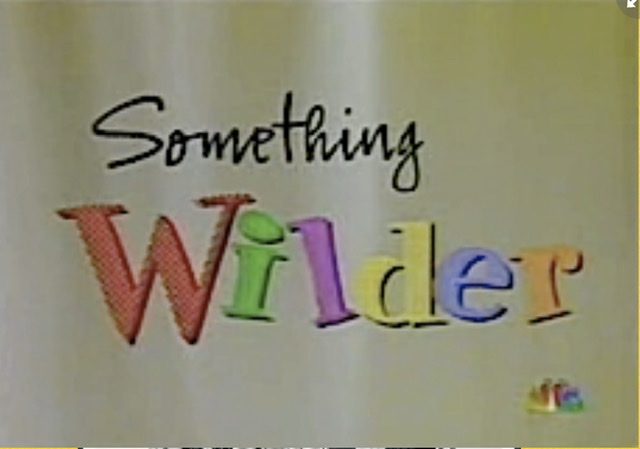 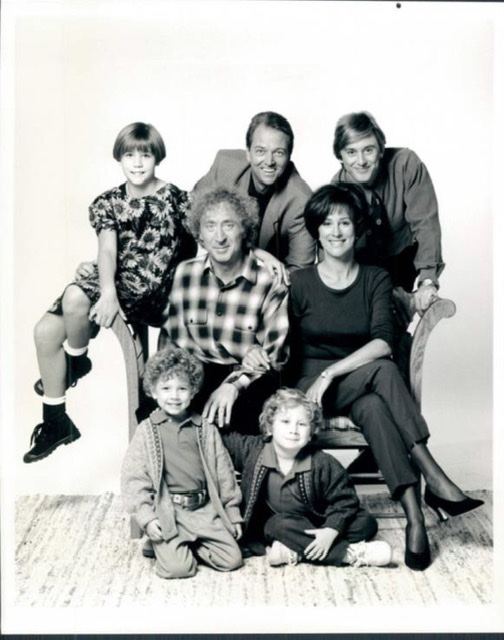 Like (2) Reply Delete
texasluva lynngdance 17 months ago
!!Wanted!! but preferred Alive
Those that wish to participate in the Weekly Movie Quiz.
Reward:
Conversation as to what this movie might be
Winners name in MeTV Lights
Just plain ole fun
Let's Do it at: Which people in your life are most similar to these classic TV characters? (The Fonz in the pic)
No later then 10 P.M CT
Some good movies instore for everyone to enjoy and top entertainment. Next week I will be breaking the bank with a pre-4th of July show of juggernauts. Have fun.
Like Reply Delete
texasluva lynngdance 17 months ago
Thanks for bringing it to our attention. I actually never heard of it. I bet there are thousands through the years most never heard of. Then to find out why. Maybe the star did not fit the part. A better show/series took it's place. An actor could never breaks its mold from past performances or one (Like Brent Spiner) hitting big on another as Data.
Like (1) Reply Delete

lynngdance texasluva 17 months ago
Your welcome! Yeah, there’s probably thousands of obscure ones, I just stumbled upon this one because it has Gene Wilder in it. 😄 luckily this one has at least 8 episodes.
Like (1) Reply Delete

DouglasMorris 17 months ago
it indeed flopped!
Like Reply Delete

BrittReid 17 months ago
One word: LAME.
Like (1) Reply Delete

MrsPhilHarris 17 months ago
The writers actually called a character Sparky? It was doomed from the start.

JDnHuntsvilleAL 17 months ago
You can see at least a clip of the show on YouTube:

justjeff JDnHuntsvilleAL 17 months ago
I can see why this show failed - it's about as deep as a rain puddle, as funny as a hernia, and as corny as a pocorn factory! Now, do you want to know how I *really* feel???
Like Reply Delete

vinman63 justjeff 17 months ago
He still sounds as Pyle with a loud shirt.
Like Reply Delete

justjeff justjeff 17 months ago
...and I'm gonna call myself out for mistyping "popcorn"...LOL!
Like Reply Delete