Here's proof that the stuff of the Hawkeye actor's nightmares made for great TV. 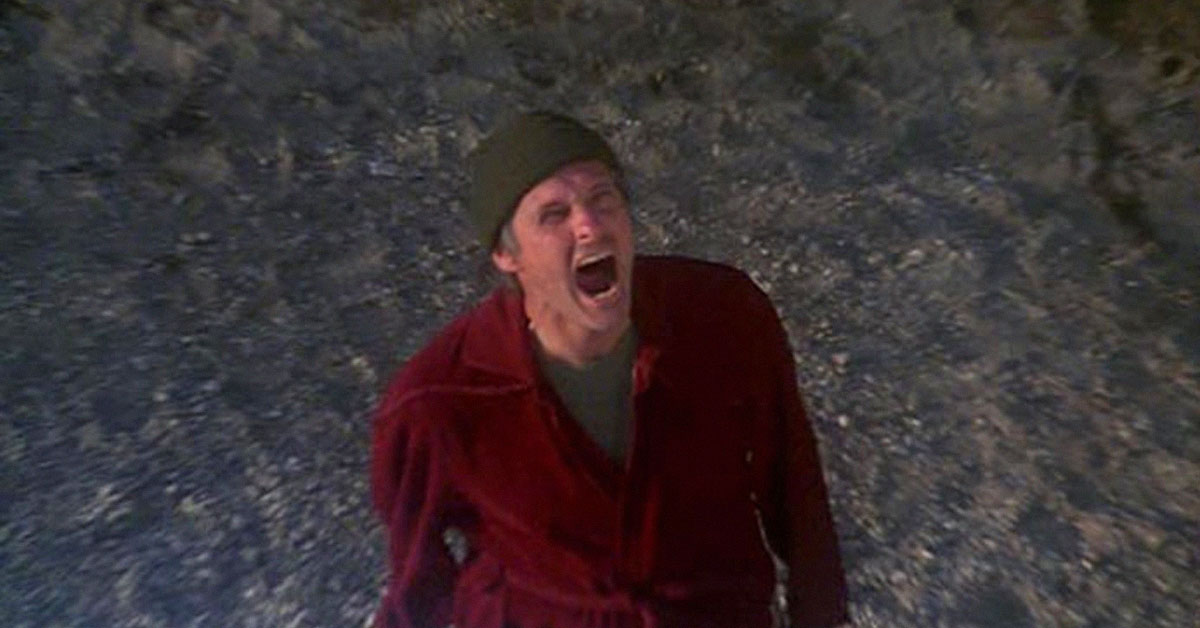 Margaret in a bloody wedding gown. Mulcahy as Pope discovers a soldier hung from a crucifix. Hawkeye floating in a sea of detached limbs.

The M*A*S*H episode "Dreams" was a nightmare to watch in all the best ways. It was written by Alan Alda, who often calls it his favorite episode. It won a Humanitas Prize, and the Writers Guild of America liked it so much, it became the show's first episode to get nominated as both best drama and comedy.

For Alda, dreams have much more significance than for many of us.

Later diagnosed with Parkinson's disease, he said it was an unusual dream that led him to be diagnosed with the neurological disorder. "I asked for a scan because I thought I might have it," Alda told CBS News in 2018. "I read an article by Jane Brody in The New York Times that indicated that if you have — if you act out your dreams, there's a good chance that might be a very early symptom, where nothing else shows." 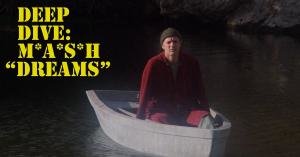 Did you know?Deep Dive1970s
8 fascinating things you never noticed in the M*A*S*H episode ''Dreams''

"By acting out your dreams, I mean I was having a dream where someone was attacking me and I threw a sack of potatoes at them, and what I was really doing was throwing a pillow at my wife," Alda said.

On M*A*S*H, Alda literally acted out his dreams, and the inspiration for "Dreams" came likely in part because, at home, he and his wife Arlene were always discussing their dreams. She said in her 2015 memoir Just Kids from the Bronx that at one point she had a picture-perfect memory of her dreams.

"I used to be able to remember my dreams," Arlene recalled. "I always loved this." Alda shared this vivid memory for his dreams, too, and in his 2005 memoir Never Have Your Dog Stuffed he recalled a particularly troubling nightmare he had while making M*A*S*H:

"I'm walking in Atlantic City. I turn a corner and out on the ocean I see two large cruise ships lying on their sides. I have a feeling of dread. I walk quickly, anxiously, until I find an entrance to a tunnel. Underground, I open a door and there are twelve people around a table. We eat and drink some wine. We're all strangers, but there's a feeling of fellowship, all of us having made it to safety. We introduce ourselves around the table. The last person to introduce himself is a man with a bald head. 'Well,' he says. 'I'm known by many names.' Instantly, I pitch forward, my head thudding the table in death.”

Later in his life, Alda's intense dreams would evoke nightmares from being an actor on set.

He had a recurring dream where he’d be making a movie with a different famous actor and inevitably, at some point in the dream, Alda would request to stop shooting so he could run an errand far from the studio. In each of these dreams, the stress of being delayed returning to set got worse and worse. This, too, felt ominous, like an approaching ending. "I kept getting drawn farther and farther away from my obligations," Alda wrote.

On M*A*S*H, Alda's obligations kept multiplying, as he went from the show's star to one of its key directors and writers. Although his vivid dreams have haunted his whole life, how he describes his time on set proves they aren't the only vivid images rattling around in his head. There are happy ones, too.

"I have very vivid memories of the first show I directed, which happened to include a picnic with 80 extras and a lot of stuff happening," Alda told The Hollywood Reporter. "It was very exciting for me. I remember skipping down the sidewalk of the airport terminal on my way home that weekend thinking I can do it." 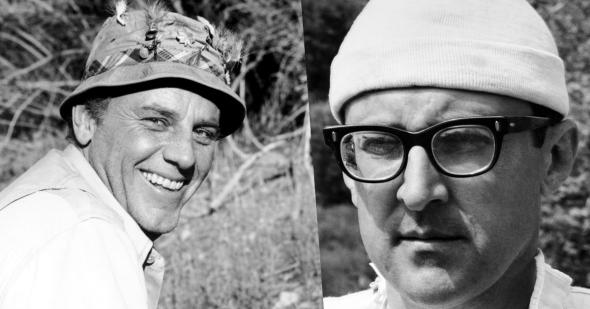 Did you know?
The two actors who played Henry Blake of M*A*S*H eerily died within hours of each other

Did you know?
Of course, teenage Alan Alda plotted the perfect revenge against high school bullies
Are you sure you want to delete this comment?
Close

MattAlbrecht 25 days ago
"unforgettable"?? You got that right. One of THE WORST wastes of film ever! I wish I could forget that god-awful episode! 30 minutes of my life I can only wish I could have back. This one is "Hawkeye" are ones I ALWAYS SKIP when they come on TV. Always. I won't waste ANOTHER second
Like Reply Delete

AnnieM 17 months ago
I sympathize. Whenever I'm stressed I always dream about my car being stolen. Here's a pretty thorough analysis: https://www.dreamdictionary.org/dream-dictionary/car-dreams/
Like (1) Reply Delete

F5Twitster 17 months ago
"Later in his life, Alda's intense dreams would evoke nightmares from being an actor onset."

bdettlingmetv F5Twitster 17 months ago
I think this wasn't proofread as well as it could have been. I believe we're missing a space between "on" and "set". Thus, 'Alda's intense dreams would evoke nightmares from being an actor on set' reads a little more logically.
Like Reply Delete

F5Twitster 17 months ago
Well, "Ilovecomumbo," I knew Peter Falk, and I also know he would tell you where you can take your opinion of "M*A*S*H" AND your crap-headed politics.
Like (1) Reply Delete

BrianThetubewatcher 17 months ago
The first dream, which starts as Margaret lies down in her tent, is sprung on viewers with no explanation. It was the eeriest and best stunner device in TV history. The viewer asks, what on Earth is happening, then after about a second we realize, oh we’re being taken on a dream. Totally cool! Leave it to M*A*S*H to innovate this way. Tuning in to every episode was enthralling. You knew your soul and mind would be stimulated, no matter what the plot would be.
Like (1) Reply Delete

harlow1313 17 months ago
I find this episode to be one of the most creative in the series. Each segment had a haunting eeriness.

Pardon a vulgarity, but I feel compelled to say F*** Parkinson's disease.

Andybandit 17 months ago
Alan Alda acted really well in this episode. I liked this episode.
Like (1) Reply Delete

Or drag a file here to upload
LoveMETV22 17 months ago
I clearly remember that episode. Parkinson's, Alzheimer's, Dementia are such vicious diseases. It is heart wrenching to watch them progress and rob the individual of their well being and eventually their life. Thank You MeTV for this article. I feel for Alan Alda it's no joking matter. Very good article.
Like (5) Reply Delete

carrman stephaniestavr5 17 months ago
My Grandfather had beginning dementia but in small town early 70's it wasn't spoken of.
He would accuse My grandmother of sneaking across the street to the single neighbors cooking for him cleaning & his house Even though she never went over there. She never told my dad it was happening so maybe he could have done something about it till it was too late she said mainly because he lived in another city and she didn't want to bother him. 😢
It was on a Thursday that she finally called him and told him the story He came to town that Saturday and confronted his dad, which was the first time he had ever done anything like that, and sadly my grandfather had a heart attack The following Monday and died.
My daddy never forgave himself for what he called "talking back" to his own father.
Like (1) Reply Delete

rraynard 17 months ago
It's amazing how a condession can make dreams seam so real.
Like (1) Reply Delete

rraynard stephaniestavr5 17 months ago
Yes I meant condition. Thank you.
Like (1) Reply Delete