Where To Watch Shop Store Contact
Home / Stories / James Garner was such a great actor, everybody believed he was married to his commercial costar
Did you know?nostalgia1970s

James Garner was such a great actor, everybody believed he was married to his commercial costar

No, that was not his wife in the Polaroid ads. 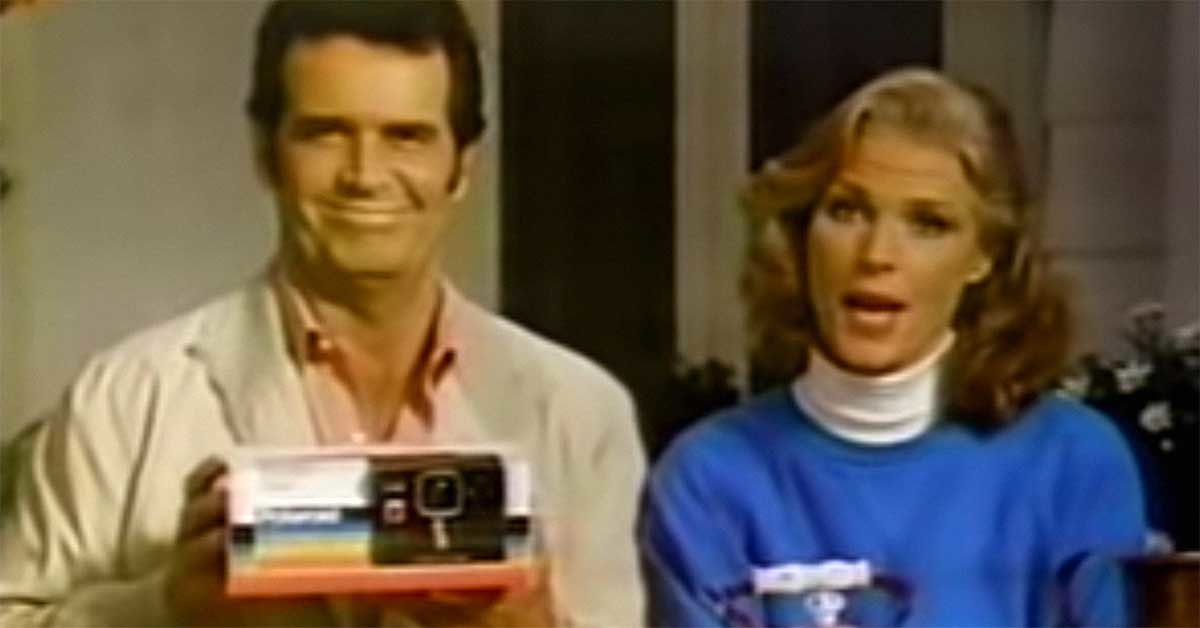 Not every actor takes on commercial work as a cash grab. By the late-'70s, James Garner had already headlined the hit shows Maverick and The Rockford Files, playing quick-witted men of action. So, in some way, he starting pushing Polaroids for a change of pace. He saw the ads as a chance to perform some classic romantic comedy. Through the early-'80s, Garner appeared in a series of commercials for the instant cameras alongside Mariette Hartley, another familiar face from classic television, who portrayed his wife. The key word to remember here is "portrayed."

"I was making plenty of money. I didn't need money. It wasn't for the money," Garner told the Archive of American Television in a 2010 interview. "I think I wanted to do it to see if I could."

Garner compared his snappy dialogue with Hartley to The Bickersons, a radio program from the Truman era that centered around a married couple in a constant war of words. Originally, the advertising folks had hired Hartley to come in for just a single day of work. Garner and Hartley clicked. The chemistry between the two was instant and obvious. 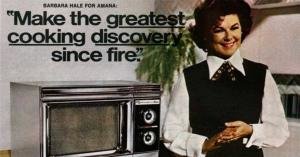 "She and I got into this banter… and they thought it was fun," Garner explained. "We started doing this back-and-forth."

Polaroid turned Garner and Hartley into a winning comedy team, helping sell its OneStep camera around the holidays. Polaroid sold "millions" of OneSteps, at least according to Garner in an ad. So why not keep a good thing going? Hartley had to come back with results like that.

"The next year, they had to hire her," Garner said. He demanded that they not pay her a daily wage, but rather sign her to a contract just like he had. "I told them, you're not going to have me up there making all this money and her working, you know, the daily. That won't work. She'll be upset, I'll be upset, everybody will be upset. You've got to make a deal with her."

"She got a good deal and everybody was happy," he added with a smile. "We sold a lot of cameras."

The two actors were perhaps a little too good together — at least from the perspective of their spouses. The American public assumed Garner and Hartley were married. "[Mariette] and Jim were the couple bickering spiritedly on the Polaroid TV commercials. The repartee seemed so genuine that many viewers assumed the two were married—or so press agents hinted," People wrote in 1979.

Garner, who was happily married to Lois Fleishman Clarke for 58 years, from 1956 to his death in 2014, got in on the fun, too. He made Lois a T-shirt with the line I AM MRS. JAMES GARNER.

The Polaroid ads provided a nice boost to Hartley's career. Before then, she was perhaps best known for numerous small roles on Westerns, from Gunsmoke and Bonanza to Death Valley Days and Daniel Boone. Surprisingly, she never appeared on Maverick.

But because of her winning chemistry with Garner, Hartley was booked in the season six premiere of The Rockford Files. The role earned her an Emmy nomination. She also took home an Emmy trophy for a guest spot on The Incredible Hulk. In 1979, she also landed a lead role in the television special The Halloween That Almost Wasn't.

The Polaroid ad may have turbo-charged her career, but Hartley did have to put up with some nagging personal issues. Like the fact that everyone still thought she had a romantic relationship with Garner. Even today, people perhaps think that was Garner's wife alongside him in the camera commercials. No, they were merely a wonderful comedic duo. Being talented has its side-effects.

Someguy 12 months ago
The headline of this article should include Mariette Hartley's name, too, right alongside James Garner's name. I can't understand why it doesn't. Simply identifying her as his "commercial co-star" is lazy. She deserves the credit just as much as he does.
Like Reply Delete

Pacificsun 34 months ago
I'm not sure all the credit should go to James Garner. Ms. Hartley is a special actress who has a knack for personal connection through any role. ST fans might remember her best in "All Our Yesterdays" which focused on the relationship between Spock & Zarabeth, (oh and) Dr. McCoy!

ST Fans might enjoy this interview with Ms. Hartley who remembers the episode:
https://www.startrek.com/article/mariette-hartley-cherishes-all-our-yesterdays

MaryMitch 42 months ago
Hey, she was a great actress too. He wasn't out there alone, you know!
Like (2) Reply Delete

UTZAAKE 42 months ago
Those Polaroid commercials were obviously the best thing to happen to Mariette Hartley. Beyond that, what I remember the most about her was the Nestle's Toll House Cookies commercials from a few years earlier (https://www.youtube.com/watch?v=ov7DK6eEW7o). As for those t-shirts mentioned in the article... https://media.gettyimages.com/photos/actress-mariette-hartley-with-son-sean-paul-and-daughter-justine-picture-id637805784?s=612x612
Like Reply Delete

Someguy UTZAAKE 12 months ago
Mariette Hartley is an Emmy Award-winning actor, just as James Garner was. She had plenty of TV acting work both before and after those commercials.
Like Reply Delete

stephaniestavropoulos 42 months ago
Anybody out there familiar w/The Bickersons? When I was growing up, we had two of their albums. classic line: Blanche had found out that John had been in a saloon for a couple of hours. Blanche: "It was pouring outside for two hours, what were you doing in the saloon?" John: "Pouring inside."
One more: Blanche can't find their cat Nature Boy. Blanche: "John, have you seen Nature Boy, I can't find him anywhere." John: "He's right here, under the car with me." Blanche: "That black alley cat isn't ours, Nature Boy has a golden coat." John: "That's him. I've been petting him." Blanche: "You mean you've been wiping your hands on him." John: "Okay, so I've been wiping my hands on him. I couldn't find a rag."
Like Reply Delete

JimMahoney stephaniestavropoulos 39 months ago
Blanche: [getting the mail] Bills, bills, bills. What's this package from Kentucky? Why, it's a pint of Bourbon. John: give me that. It's my dividend. I belong to the Bottle of the Month Club.
Like Reply Delete

Pacificsun 42 months ago
James Garner was a natural born actor. His off stage presence was very different.
Like Reply Delete

SheriHeffner 42 months ago
My mom bought one of those Polaroid One Step cameras.
Like Reply Delete

stephaniestavropoulos SheriHeffner 42 months ago
Did she like using it? was it as good of a camera as "The Garners" touted in the commercials?
Like Reply Delete

teire 42 months ago
They were charming together.
Like Reply Delete

DavidH 42 months ago
James Garner and Mariette Hartley were such great actors, everybody believed the commercial costars were married.

There. I fixed it for you.

ndebrabant 42 months ago
Loved those commercials. One of the few I really enjoyed.
Like Reply Delete

Wells 42 months ago
She was also in the "All Our Yesterdays" episode of Star Trek.
Like (1) Reply Delete

daDoctah Wells 42 months ago
She was the one who persuaded the vegetarian Mr Spock to eat meat when they were both trapped in a past ice age.
Like (1) Reply Delete