Where To Watch Shop Store Contact
Home / Stories / Iconic horror actor Lon Chaney Jr. played one of the scariest villains on The Rifleman
Did you know?

Iconic horror actor Lon Chaney Jr. played one of the scariest villains on The Rifleman

His friendliness made him frightening. 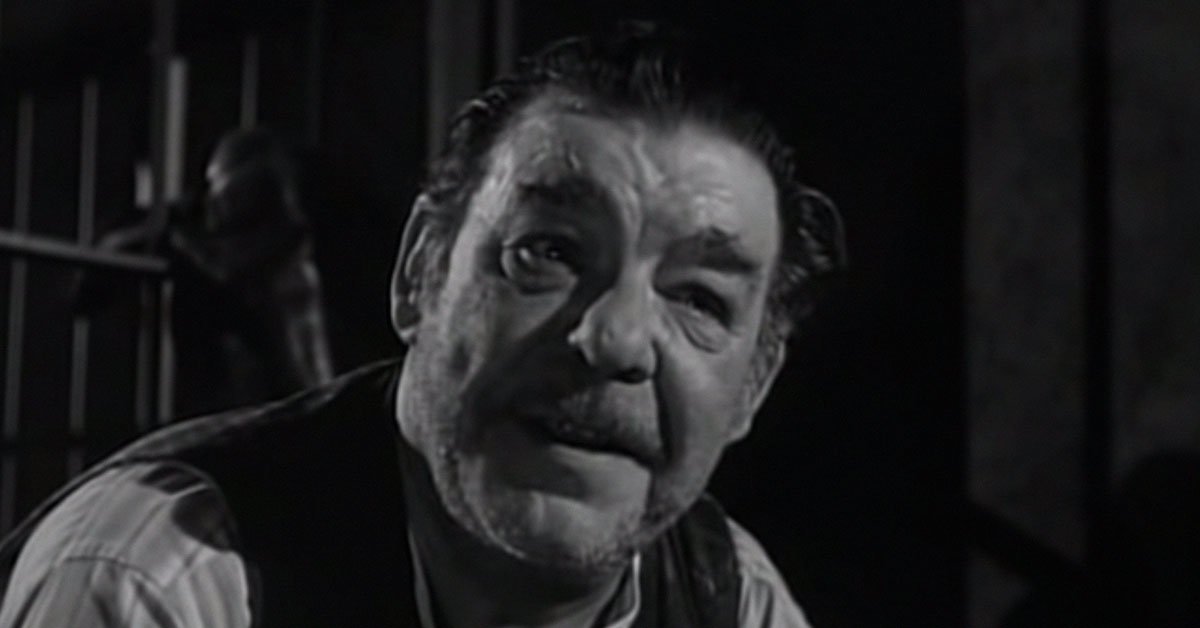 As a young man, Creighton Chaney stayed away from show business. His father, Lon Chaney, was a famous silent film star and discouraged his son from following in his footsteps. But after the elder Chaney died in 1930, Creighton decided to do just that.

He began using the more marketable stage name Lon Chaney Jr. and soon became forever connected to one studio and its particular brand of horror movies: the Universal monster films. Lon Chaney Jr. is the only actor to play all four main monsters. While he is most widely remembered as the Wolf Man, he also played Dracula’s son Count Alucard (Dracula spelled backwards), Frankenstein’s Monster and the Mummy in some of the many sequels produced throughout the 1940s and 50s.

With the rise of television, Chaney was seen on the small screen as well — especially in Westerns. One of his most memorable TV roles came on The Rifleman in 1962. In the season-four episode "Gunfire," Chaney plays the notorious and cruel outlaw Charlie Gordo.

We meet Gordo at the very beginning of the story. He's biding his time in the North Fork prison, looking for a way to escape hanging in Yuma. When the U.S. Marshal who was supposed to escort Gordo to his fate turns up dead before even arriving in North Fork, Micah and Lucas know they're in for trouble.

Chaney portrays Gordo with a laid back, calm, almost friendly demeanor — which is exactly what makes him so chilling! He smiles while freely admitting he'll kill anyone who tries to prevent his escape.

After the first shots ring out in the night, and someone else ends up dead, Gordo casually remarks lying in his jail cell cot, "Don't you 'spose, Marshal, they're just out there having some fun, riling you up before they kill ya?"

The episode builds to a suspenseful, and deadly, climax. Though he was only sporting light scruff, not full Wolf Man makeup, Lon Chaney Jr. brought all his horror instincts to the evil villain of this great Rifleman episode.

Did you know?
Mickey Rooney's son, Teddy, appeared in one episode of The Rifleman.

Did you know?Westerns
The same deer appeared on The Rifleman multiple times

Did you know?
Both Lucas McCain and Marshal Matt Dillon went temporarily blind for one episode
Are you sure you want to delete this comment?
Close

Julian_Karswell 24 months ago
Lon Chaney, Jr. was a fairly versatile actor, who could do much more than just playing the Wolfman. Unfortunately, he never has received the same level of respect as some of his 1940s acting peers, like Karloff, Lugosi and Lorre. One sad thing about Chaney is that, by the late 1950s/early 1960s, he was suffering from alcoholism, and it does start to affect his acting and therefore his career badly. He was really starring in some pretty low-grade stuff by the mid-1960s. I mean, I love "Spider Baby" (filmed in 1964) as a cult train wreck of a movie, but his role in it is just embarrassing and things only got worse afterwards.
Like Reply Delete

Moverfan 25 months ago
Ever wonder how many actors walked onto The Rifleman set, got one good look at all six and a half feet of Chuck Conners and immediately decided "No, I don't want him mad at me"?
Like Reply Delete

stephaniestavropoulos 25 months ago
Below are two not very nice posts from Honey97. Whenever I have caught them, I have flagged them immediately! Be on the lookout for them, and please flag them as well. I hope the majority of you are in agreement with me in that we don't want these kind of posts on METV. This is a family website. Kids are subjected to these kinds of posts enough as it is, we don't want METV to be one of the outlets. Thank you!
Like Reply Delete
texasluva stephaniestavropoulos 25 months ago
No one likes those kind of postings, anywhere. The rascals whom post them just do not care. They do it for money, some kind of wacko fame or just because they can. I am actually surprised that has not been more on the MeTV web site. They are part of the reasons why most of the social comment sections have closed down. That along with cranks that wish to ruin it for everyone. Some sites just do not have the manpower to chase these all down. The She could be anyone. They would never use their real name or whereabouts. I have thrown my arms up with dismay but after awhile there is not much one can do about it. Impossible to control others that have no scruples. They just go from site to site and hope to get someone to bite on their scam.

On Lon Chaney Jr. I like him when he plays Lawrence Talbot and on the phone and then the full moon comes and he changes into The Wolfman. When he tries to explain to others of the curse he has and of course no one believes him until they are his next victim. The old Gypsy lady and scenes of fog hovering. I can drink that kinda tea. To each his/her own.
Like (1) Reply Delete

stephaniestavropoulos 25 months ago
Oh he was real scary! HA-HA! TIS TO LAUGH! Lon Chaney Jr. scary? Pshaw! He was nothing like his old man. His father was a much better actor than he was. I think one of the ways that helped him become so, was because his parents, {lj' grandparents,} were both deaf. I remember reading this someplace, but I can't remember why they said that. LJ was not scary. IMHO.
Like Reply Delete

stephaniestavropoulos 25 months ago
YOU ARE FILTH! WE DON'T WNAT YOUR KIKND ON THIS WEBSITE!
Like Reply Delete