We can thank Peggy Charren for Sesame Street and The Electric Company! 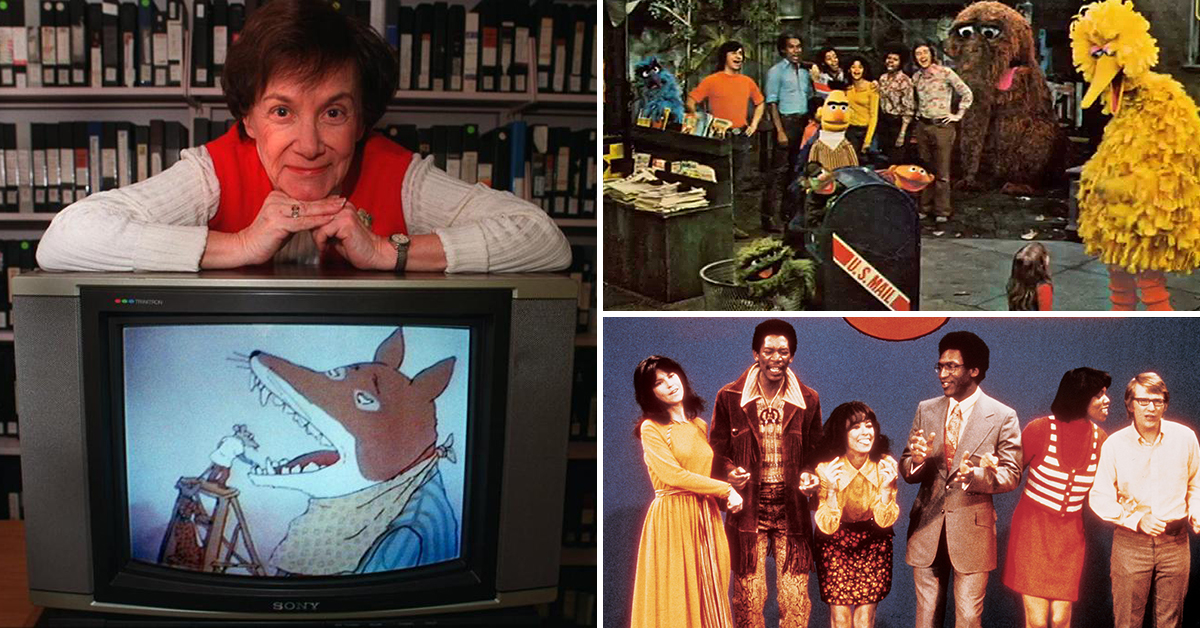 Growing up in the 1950s and 1960s, children's television was all fun and games. Shows like Howdy Doody and Captain Kangaroo kept kids entertained every morning, with commercials featuring sugary cereals and fantastic toys filling in the gaps.

But a seismic shift happened in the 1970s. Thanks to one mother in suburban Boston, educational programs began to take over the airwaves.

You may not know her name, but Peggy Charren was responsible for bringing some of our favorite childhood programs to life. Thanks to her persistence, we grew up with shows like Sesame Street and The Electric Company instead of corporations like Mattel and Hasbro.

In the 1960s, Charren was just an average woman raising two kids. Like any mother, she let her kids watch television for a couple hours each day.

However, Charren noticed something wasn't right with what her kids were watching. In her opinion, there were too many unfiltered commercials targeting the impressionable demographic and "wall to wall monster cartoons."

In order to change the landscape, she founded Action for Children's Television, or ACT, in 1968 with likeminded parents. The first meeting was held in her living room. The organization eventually grew to more than 10,000 members.

Shortly after its inception, the group met with the Federal Communications Commission and met with testified before congress. Of course, Charren's agenda was met with resistance.

"The advertisers were never responsive," Charren told WGBH in 1997. "The fought any regulation like you were going to put them out of business."

Despite the pushback, the organization met with television executives like Michael Dann, the senior vice president for programming at CBS. Dann told The New York Times that ACT's arguments were "among the most constructive and logical" he had heard.

Not long after, Dann left the network and joined Children's Television Workshop, the production company behind Sesame Street.

Charren's efforts culminated to the passage of the Children's Television Act of 1990, increasing the amount of government-mandated educational programming for children. In 1995, she was awarded the Presidential Medal of Freedom by President Bill Clinton.

See Also: Can you name these classic Hanna-Barbera cartoon characters?

ACT is credited for the rise in popularity of educational programming that started in the 1970s and continues to this day. The organization dissolved in 1992.

Charren's battle to secure more informative series is a David and Goliath story worth knowing. Charren didn't have a corner office or a CEO's salary, and yet she was still able to change the television landscape through persistence, dedication and constructive arguments.

Hello,
Settings / Logout
Newest | Oldest | Top Comments
VaughnBaskin 27 months ago
Peggy is also responsible for the inspiration to the people in Columbus, Ohio that gave birth to Nickelodeon as well!
Like Reply Delete

HerbF 36 months ago
While Children's TV did need some regulating, her lobbing changed the face of Children's Television forever, and not for the better. The regulations she lobbied for and won caused local stations to drop local hosts - she costs the jobs of dozens, hundreds of Hosts and staff.

She had the right ideas, but the results were a little more than draconian.

...and the rise of the educational television was parallel with her efforts - think of that one...

But there was her displeasure over the advertiser-based Toy Animated Series of the 1980's - He-MAN,GI JOE,TRANSFORMERS - She spent over a decade fighting such commercialism and the companies found ways around the FCC regulations!

IS Children's television better for these generations because of her efforts? Did she stifle creativity? Not really - it just moved to cable where the FCC regulations were a little lighter.
Like (1) Reply Delete

And yet, that's exactly what she wanted.

This is the woman that got Looney Tunes and Tom & Jerry censored.

She was the start of decades of shows that had to have educational messages crammed in, and even the suggestion of violence removed.

This woman was directly responsible for The New Tom & Jerry Show.

This is the woman they were mocking on The Simpsons.