How Jim Backus completely changed the course of Gilligan's Island

Mr. Howell nearly got written almost entirely out of the show. 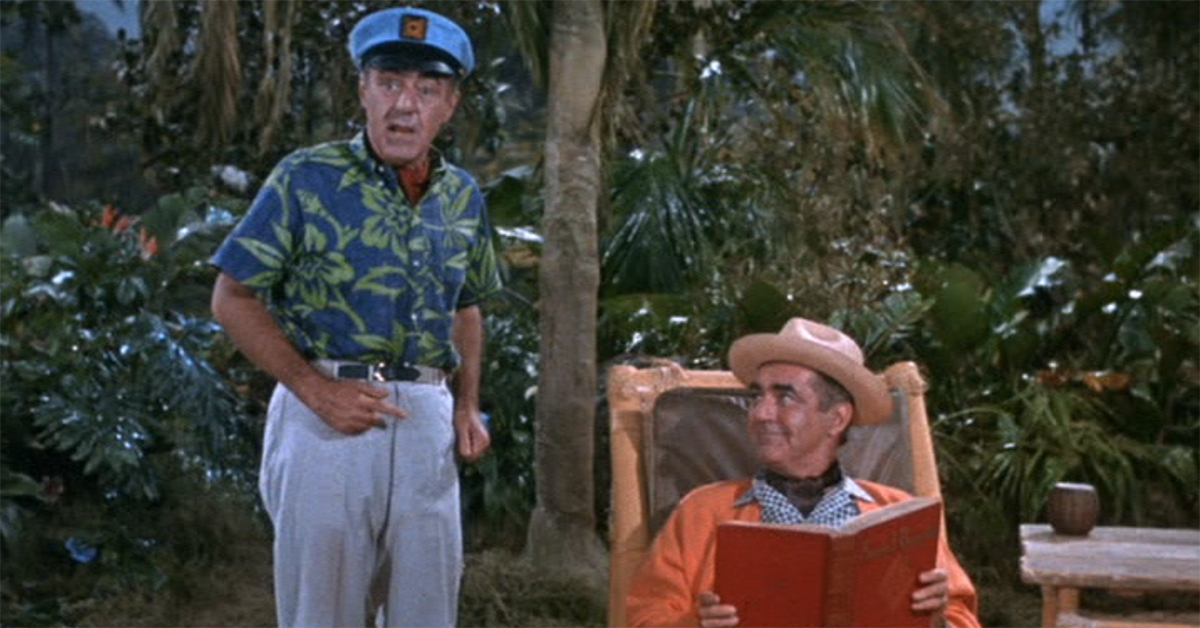 When Sherwood Schwartz was casting Gilligan's Island, he had the toughtest time casting Mr. Howell. It wasn't an issue of finding an actor. Schwartz was an old friend of Jim Backus, and he couldn't imagine anyone else in the part. But issue after issue arose from the moment he tried to bring Backus on to bring Thurston Howell III to life.

The first problem was a minor money issue. Jim Backus was a bonafide TV star with several sitcoms under his belt in I Married Joan, The Jim Backus Show and The Famous Adventures of Mr. Magoo. Casting Backus would add a big cost to the show, so the network told Schwartz to test more people. Schwartz respected the network's decision, but try as he did to interview others to potentially cast, nobody could bring the comedy Backus could. Strapped for a creative solution, Schwartz did what every series creator hates to do: He started cutting the character out of the story.

Schwartz said in an interview, "Because they wouldn’t let me sign Jim, I wrote the script minimizing that part, because I couldn’t find anybody else to play it.” He added, with some appropriate island imagery: “I shrank the part, feeling I’d have to go with a second banana who was not a top banana.”

Could you even imagine your favorite episodes of Gilligan's Island with less Mr. and Mrs. Howell involved? The pair were postively magnetic because of Schwartz's fantastic casting, and so many episodes looked to Thurston and Lovey as perfect plot devices, from lavish parties thrown on the island to having their marriage invalidated by a radio report that said their officiant was a fraud. So many "situations" in the sitcom were squeezed out of the Howells, and you can bet if there was no Backus as Mr. Howell, there'd be a lot less Lovey, too.

With the part drastically, reduced, Schwartz kept moving forward with Gilligan's Island, accepting that bringing Backus in just wasn't meant to be. On top of the issue of money, there was a second problem, you see. Backus was already contracted to another CBS show, and he wouldn't be available to make any more deals until that contract ended. That clinched it for Schwartz, but luckily for Gilligan's Island fans, fate intervened to maroon Backus on the beach where he truly belonged.

One day, Schwartz said he got a call from CBS with the news that Backus' other pilot did not end up selling. That freed Backus up, but now Schwartz had yet another wrinkle in his plan to cast the seasoned actor: He had dried up all the juiciest bits of the part, so he didn't have a script for Backus to read to even contemplate agreeing to being on the show. Regardless, Schwartz just had to ask, so he called his old friend up and the conversation that sealed the deal went down like this, according to Schwartz: 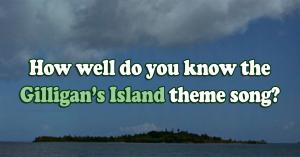 Can you fill in the blank with correct lyrics to the Gilligan's Island theme song?

Sherwood Schwartz: "Jim, how would you like to be on this new show I’m doing?"
Jim Backus: "Fine, send me the script."
SS: "‘I can’t send you the script."
JB: "Why not?"
SS: "I didn’t think you were available and it’s written much more minor than you would be in the series. So I don’t want you to read this. You won’t like it."
JB: "You want me to sign a contract to star in a show without reading a script?"
SS: "Yeah?"
JB: "You talked me into it."

You see, luckily for Schwartz, Jim Backus was a true friend, and he believed in what Schwartz could do on TV. Schwartz said it had everything to do with that: "We had a relationship. You can do that when you have a relationship."

Oh and that original script that he didn't want to send over to Backus? The actor did eventually get to read it. Schwartz is unable in the interview to keep a straight face remembering how Backus reacted to that episode we thankfully never saw: "He finally got a look at the original script, and he said, 'My part was shorter than a wine list at a restaurant.'"