Here's why the Fonz and Captain Kirk make an unlikely pair. 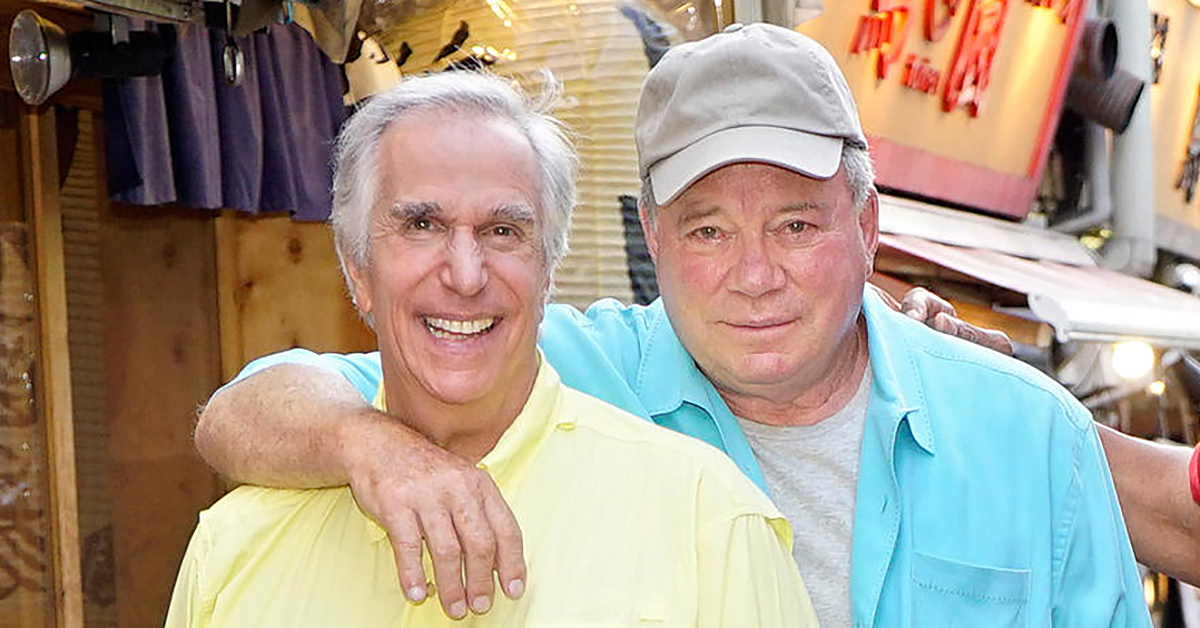 In the world of television, it's not hard to imagine the Fonz and Captain Kirk getting along. They're immensely popular people, have cool personalities and have a certain swagger about them. Both characters could easily have been friends. The only problem was they were separated by hundreds of years and millions of miles.

But now, it's as if fan fiction has come to life. Henry Winkler and William Shatner are buddies, and they recently went on a whirlwind trip together across Asia.

Joined by George Foreman and Terry Bradshaw, their travels were documented for a four-part TV series called Better Late Than Never. The show, inspired by a South Korean format, is part comedy, part reality show and part adventure.

While promoting the show, the duo has sat down with many media outlets, giving insight into their peculiar-yet-fascinating friendship. Here's what makes this the ultimate friends we all wish we had in our lives.

See MoreHenry Winkler pays a visit to The Fonz in Milwaukee

First off, they're supportive of each other through the ups and downs. In fact, this whole project started out that way. Winkler told USA Today Shatner cheered him up after an audition that didn't go so well.

"Bill talked me down and built my spirit back up and sent me on my way," said Winkler.

But like any good friendship, it's not all about the sentimental moments. The pair knows how to have fun too. While most seniors are settling into retirement, these two are off on an adventure most people they're age couldn't dream up. What's on the agenda? Visiting samurai warrior schools, climbing Mt. Fuji, performing with a Korean pop group and eating all types of exotic foods.

While the friends have fun together, they also make fun of each other. While describing his experience on the TODAY show this morning, Winkler gave an impression of Shatner that was so spot-on, only a true friend could pull it off.

It may have taken a while, but the Fonz and Captain Kirk finally have the real-life friendship every fan has wanted for decades.

"There was an understanding that each of these people had his own strong personality," Shatner told USA Today. "Like a good marriage, where there's no such thing as perfection, you appreciate the good qualities and ignore that bad qualities."