It was a "revolutionary" creation and essentially one of the first television music videos.

February 26, 2021, 11:02AM By MeTV Staff
On Now
George Jetson rocks out with Jet Screamer on The Jetsons!
Up Next:
Share

Though the original Jetsons series only lasted one season, it wasted no time creating some of the most memorable moments in 1960s animation. Jet Screamer's colorful, surreal performance in the second episode, "A Date with Jet Screamer," is a great example.

The story revolves around Judy entering a song contest to win a date with rock star Jet Screamer, a Ricky Nelson-type teen pop idol who encourages everyone to "turn on the anti-gravity floor and do the solar swivel." George hates the idea so he substitutes Judy's entry with Elroy's nonsensical secret code. Little does George know, pop music doesn't need real words to be catchy! Judy wins the contest and Jet Screamer performs the resulting song, "Eep Opp Ork Ah-Ah." 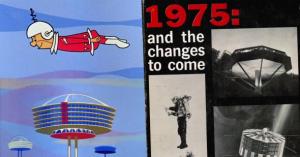 Howard Morris, a year before becoming Ernest T. Bass on The Andy Griffith Show, voiced Jet Screamer. Morris was no stranger to Hanna-Barbera — he voiced more than 100 characters on The Flintstones! He might seem like an odd choice to play a teen heartthrob but Jet Screamer is no ordinary pop singer. The wacky lyrics worked perfectly with Morris' wild inflections. The resulting song is a hilarious, loving and extremely catchy sendup of late-'50s and early-'60s pop music.

Other shows might have staged the performance in a traditional way, or not bothered to use the whole song at all. But not The Jetsons. What starts off as a normal concert, with George on the drums, turns into a vibrant sequence with floating words and abstract musical visualizations.

William Hanna and Joseph Barbera wanted something special for this episode so they brought in Robert "Bobe" Cannon, an Oscar-winning animator who had a knack for the surreal.

Iwao Takamoto (also a legendary figure in animation who worked on Cinderella, Sleeping Beauty and designed both Scooby-Doo and Astro) wrote in his book Iwo Takamoto: My Life with a Thousand Characters that Cannon "was completely fascinated with movement for its own sake, a fascination that spread into an abstract type of movement."

The Jet Screamer sequence in The Jetsons "had that kind of stylized, almost abstract, design and movement that Bobe loved, which was a bit revolutionary for television of the time."

Bobe Cannon worked with layout artist Jerry Eisenberg to blend music and images into what could be seen as a television music video two decades before MTV! 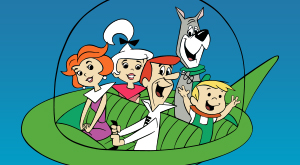 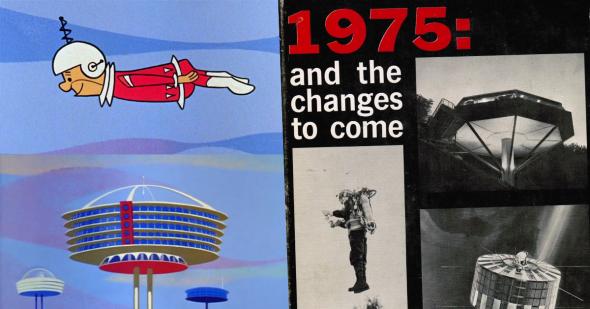 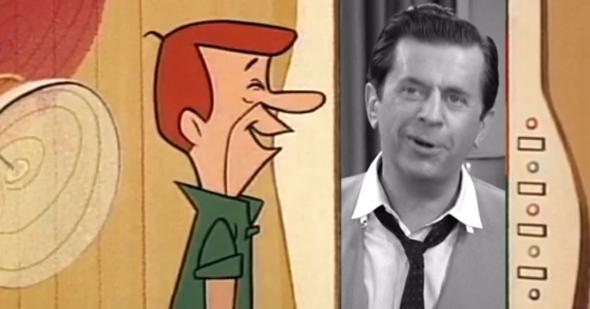 Did you know?
The Dick Van Dyke Show completely changed the sound and personality of George Jetson 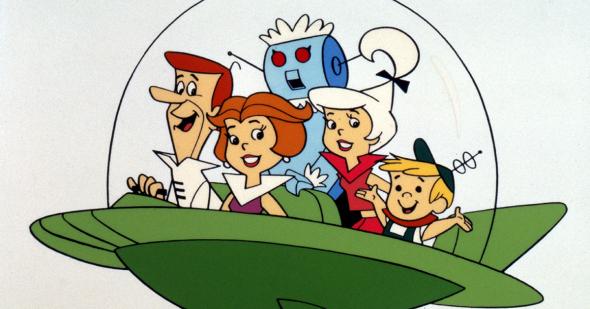 The Jetsons are coming to MeTV this February!
Are you sure you want to delete this comment?
Close

djw1120 21 months ago
I wish I could get "The Jetsons" on my local MeTV station.
You say it was supposed to start on February 21st, but NOT on my MeTV station (WJLP in Middletown, NJ).
Like (2) Reply Delete

LittleMissNoName djw1120 21 months ago
After reading this and other message boards, you are not alone. Other viewers in the New York, Connecticut and New Jersey are stuck watching a Sunday morning political show. Get in contact with your local station and METV.
Like (1) Reply Delete 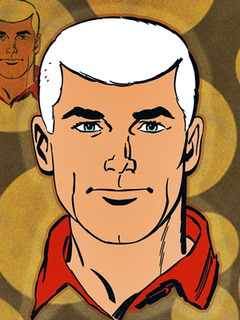 myacronymsforall 21 months ago
I always tell people to watch The Jetsons and see how they got things right in today's world of digital technology.
Like (3) Reply Delete

Shellbriar 21 months ago
Don’t forget The Chipmunks with Witch Doctor Beanie and Cecil with Ragg Mopp!
Like (1) Reply Delete

LittleMissNoName Shellbriar 21 months ago
I wish I kept the VHS of Beanie an Cecil cartoons, because DVDs are selling for over $100 on Amazon.
Like Reply Delete

Or drag a file here to upload
VaughnBaskin 21 months ago
Howard Would also would be known as the voice of Atom Ant, one of H-B's greatest and 1st ever heroes that would stay healthy by exercising.
Like Reply Delete

stephaniestavropoulos 21 months ago
It was two decades later that MTV premiered, but fast forward 4 years after The Jetsons aired, and fans of a certain simian pop group would hit the airwaves. A member of said simian pop group, would, a couple of decades in the future, be given the title of The Founding Father of MTV.
Had it been thought about: "Eep Opp Ork Ahh Ahh" could've been the first video {since it was titled as such before,} to launch MTV, instead of The Ruggles: "Radio Killed The Radio Star."
Like (1) Reply Delete

LittleMissNoName 21 months ago
Janet Waldo (Judy Jetson) mentions on the DVD season commentary, that the special animation for the song was also used as a demo for new investors.
Like (2) Reply Delete

OldTVfanatic 21 months ago
I wonder if Pink Floyd got some of their weird ideas from The Jetsons...
Like (3) Reply Delete

Moody OldTVfanatic 21 months ago
It could be. They did perform "Moonhead" for the BBC during the moon landing:
Like (2) Reply Delete

harlow1313 21 months ago
Sorry. Jet Screamer is strictly from Squaresville. That song makes me space cringe.