Let's go trick or treat in the past with vintage advertisements for Brach's, Baby Ruth, Necco Wafers and more. 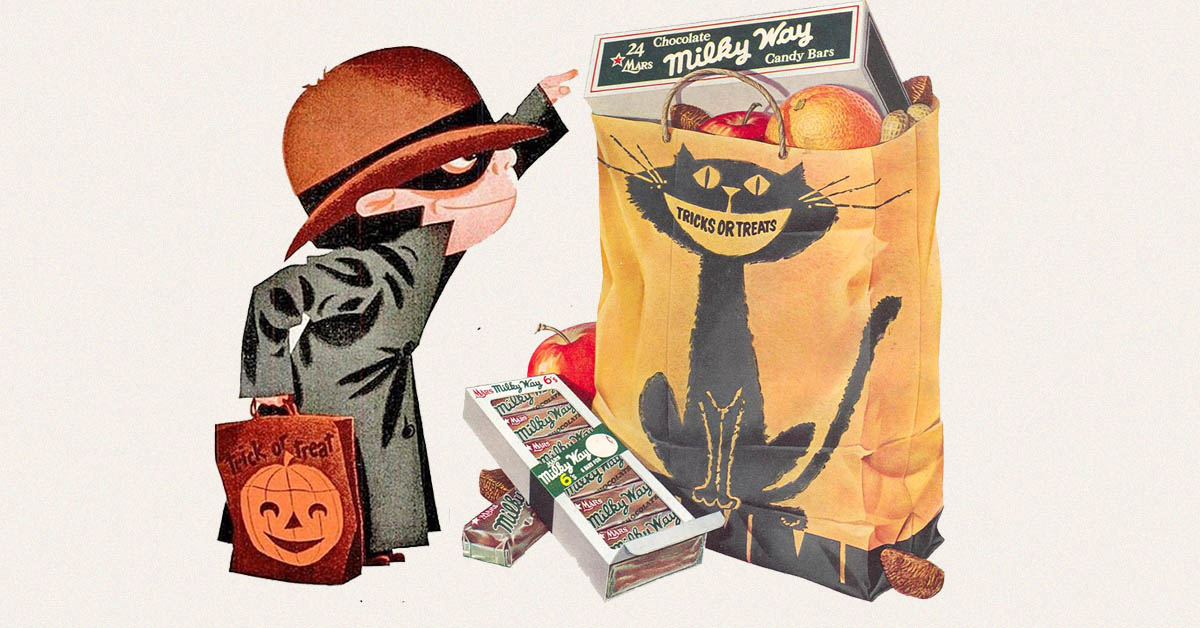 Halloween is a brilliant holiday. You dress up in a costume, you get candy. There are even great TV specials. As a kid, October 31 was always circled on the calendar. Candy companies (and dentists) mark the date as well. Adults fill bags and plastic pumpkins with bite-sized chocolate bars. Milky Way was long been a popular choice for trick-or-treaters. Some other candies from the past have fallen out of favor with young'uns. Once upon a time, children rang the doorbell for Necco Wafers and Coconut Grove bars. Let's flip through the newspapers and magazines of the past for some classic candy advertisements. 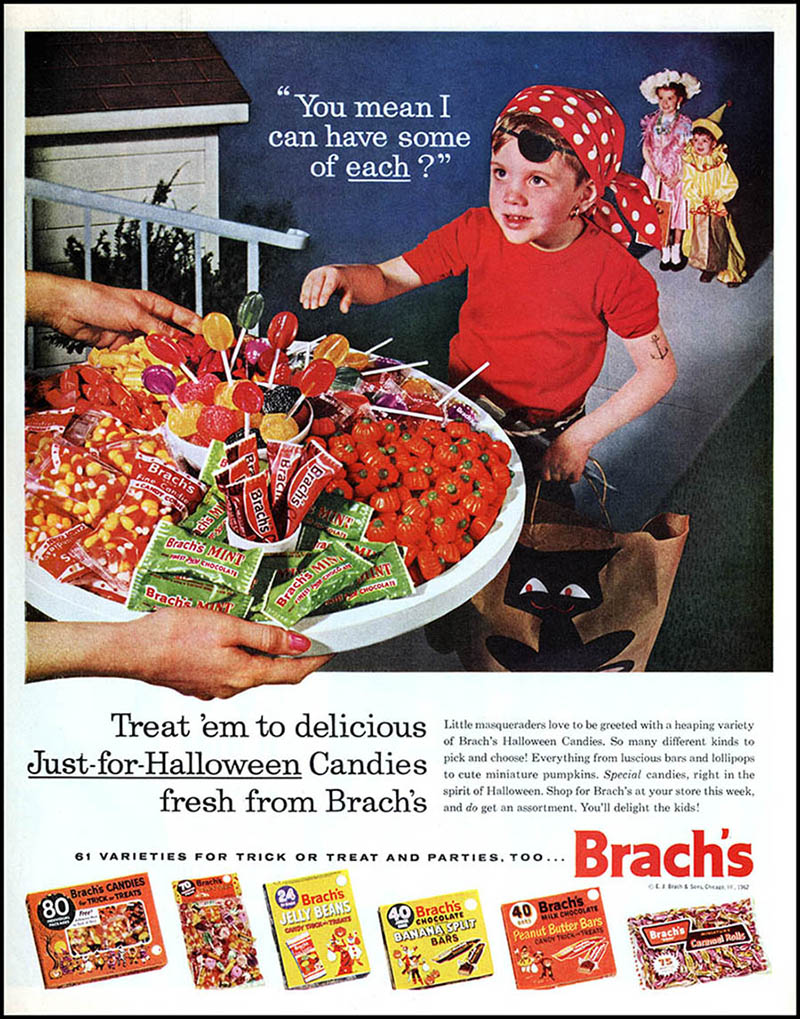 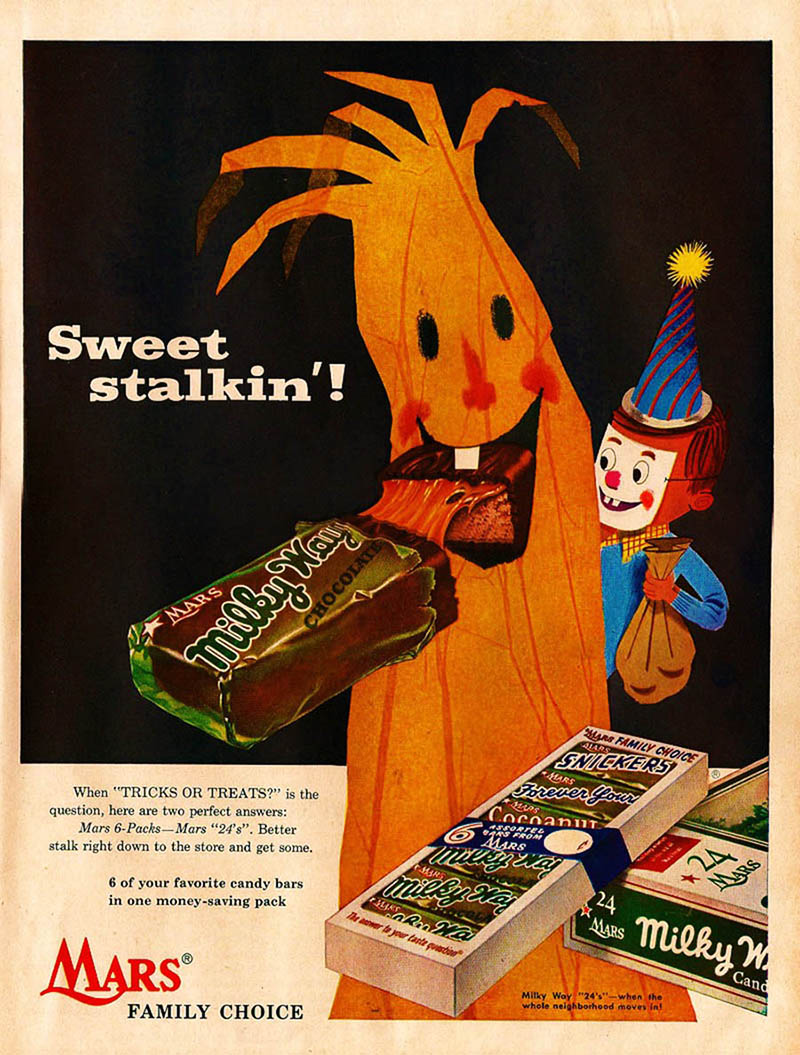 Mars no longer sells the Forever Yours bar. Well, technically they do in a way, as it's a Milky Way Dark. 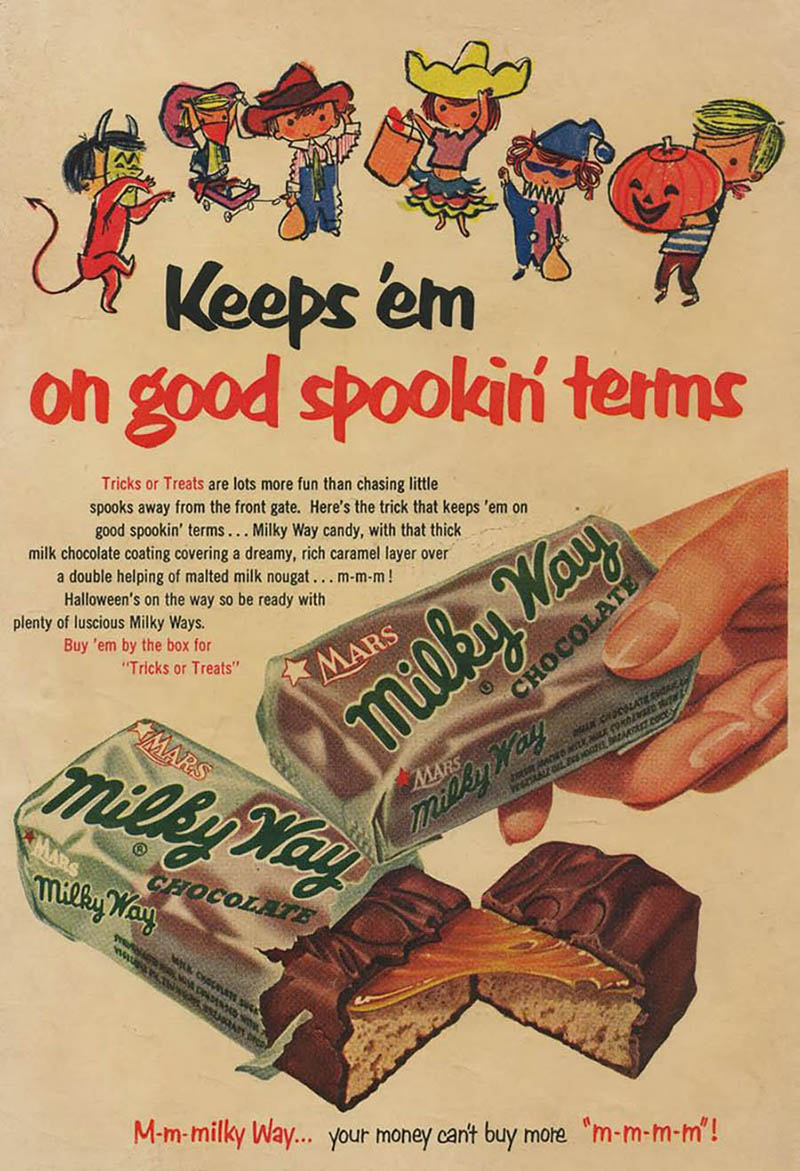 We miss how wide these used to be. 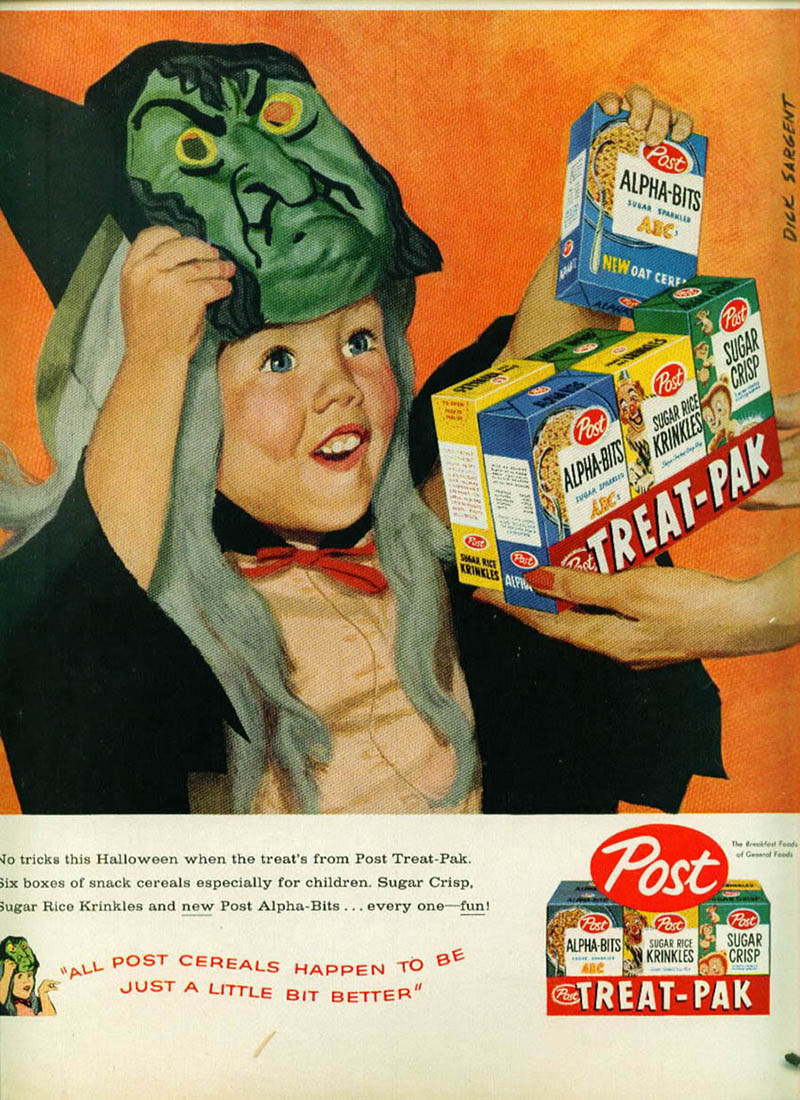 People should give out sugary cereal more often. 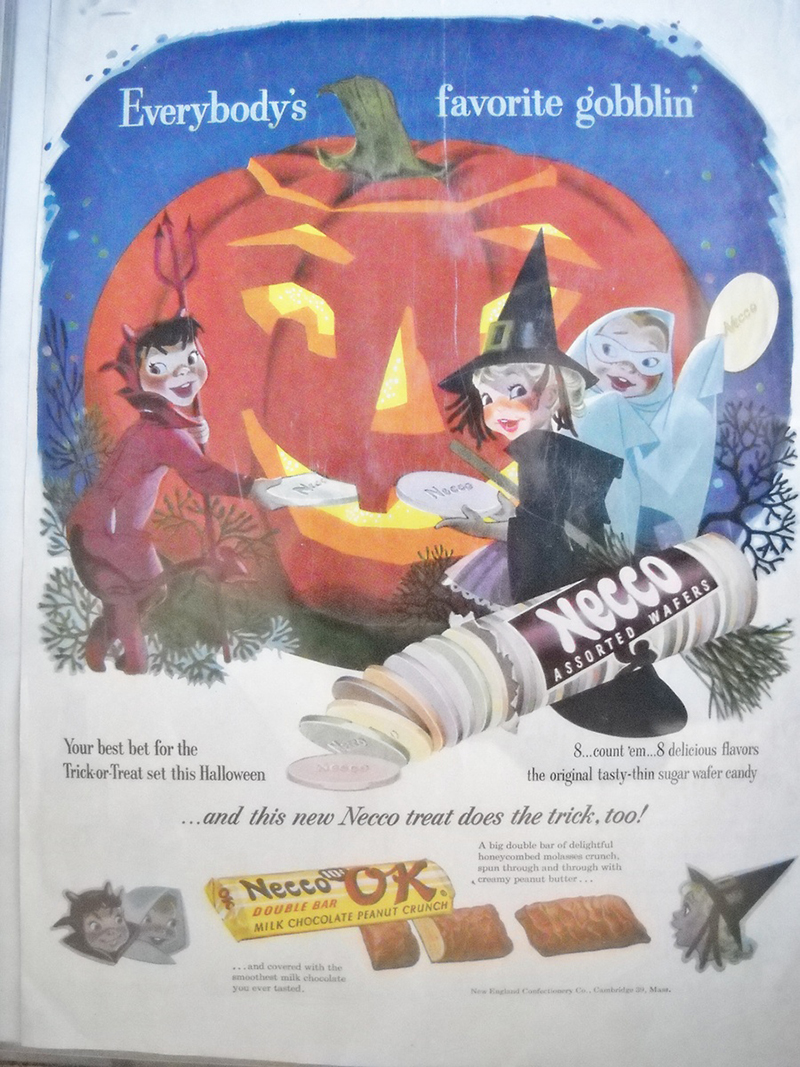 Can you name the eight flavors? 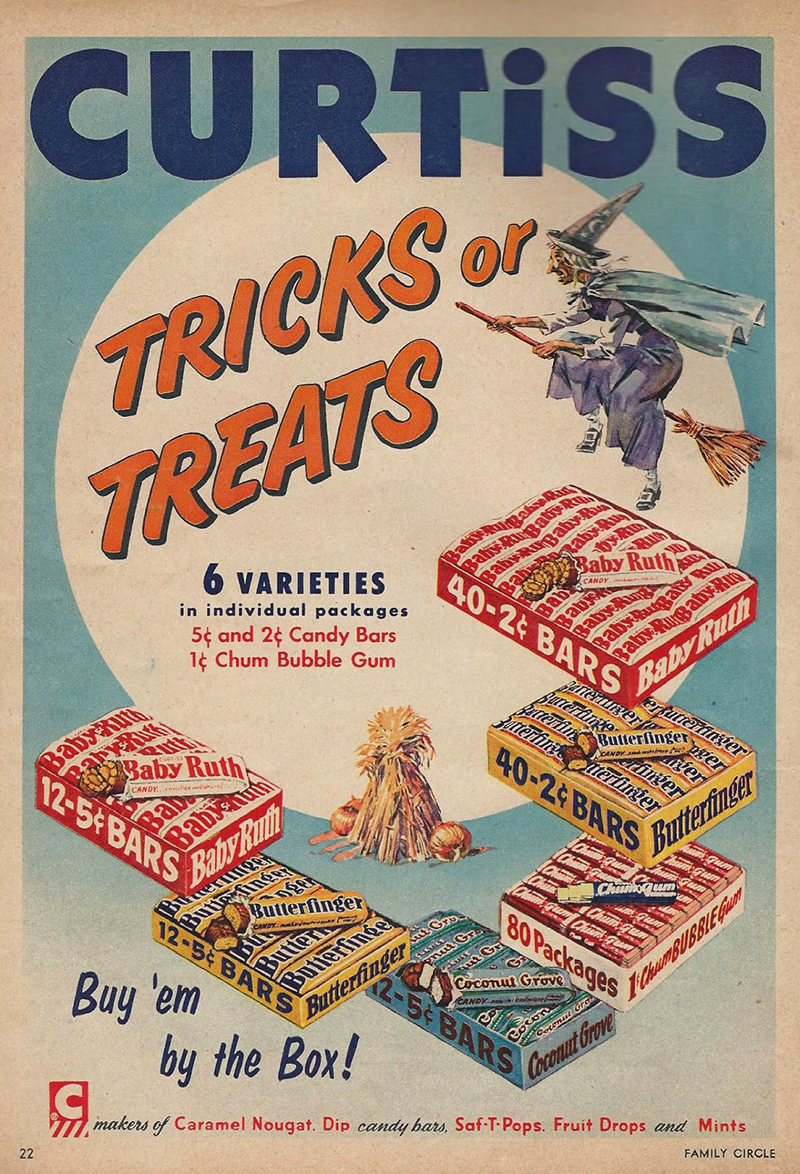 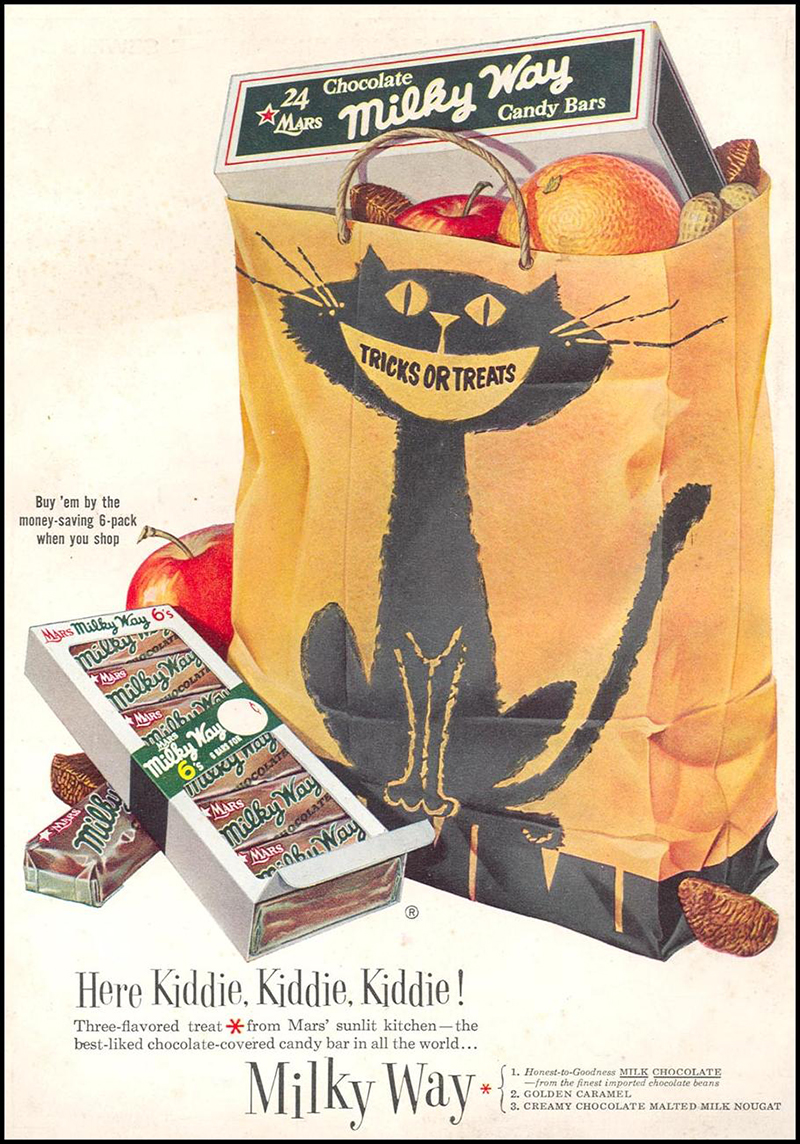 We like the detail of "Mars' sunlit kitchen." Rather poetic for the small print. 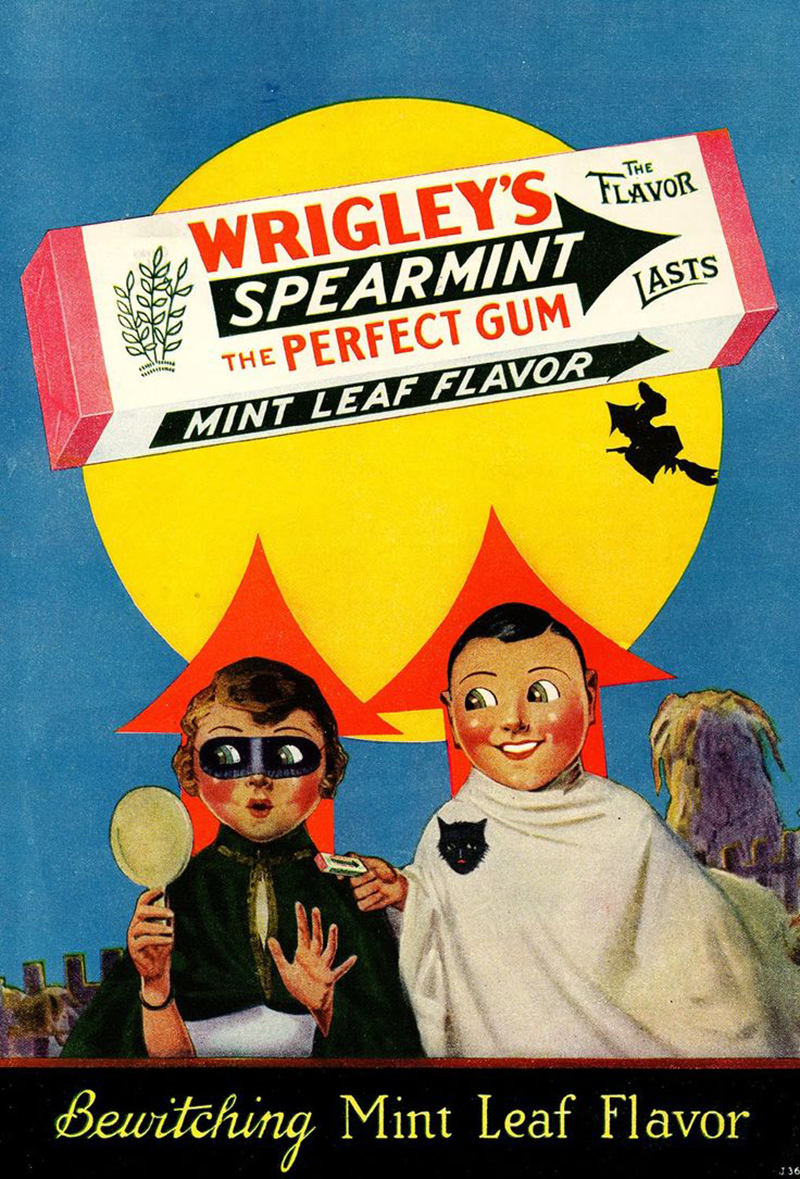 Okay, this one is older, but it's a beautiful piece of art. Plus, it's neat to see what kids of the 1920s were getting for Halloween. 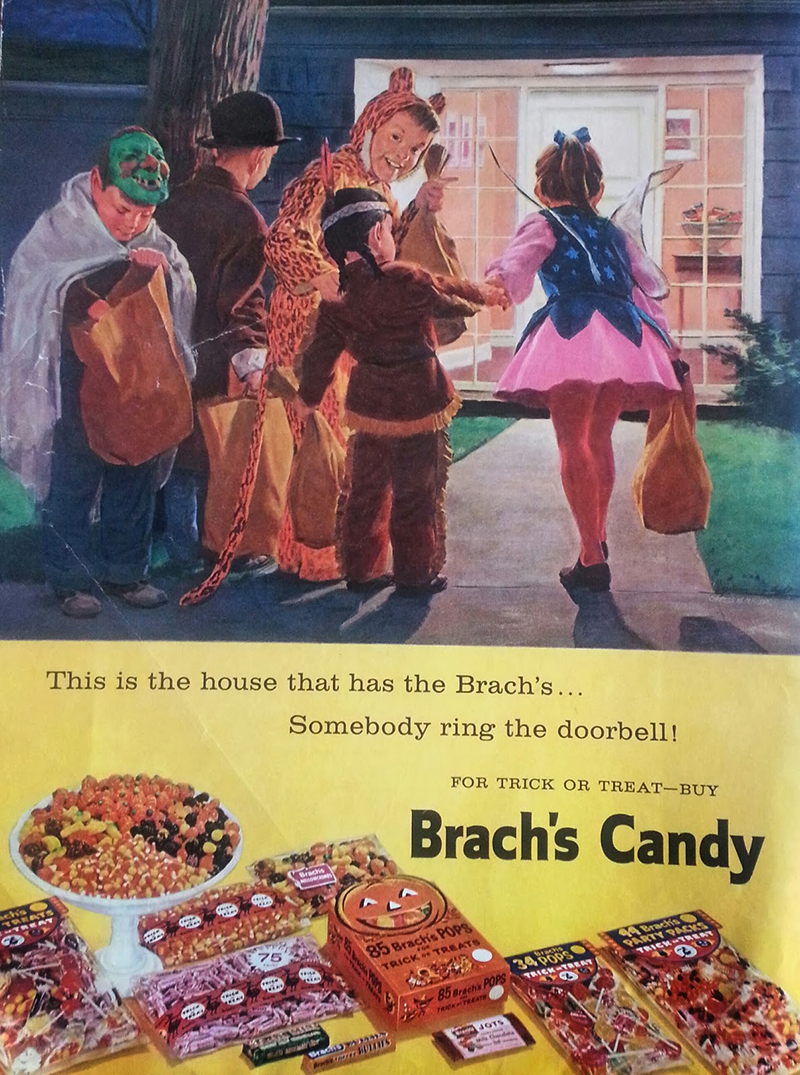 We used to always excitedly hit up the houses that gave out the full candy bars. In 1959, Brach's was exciting — or so they claimed. 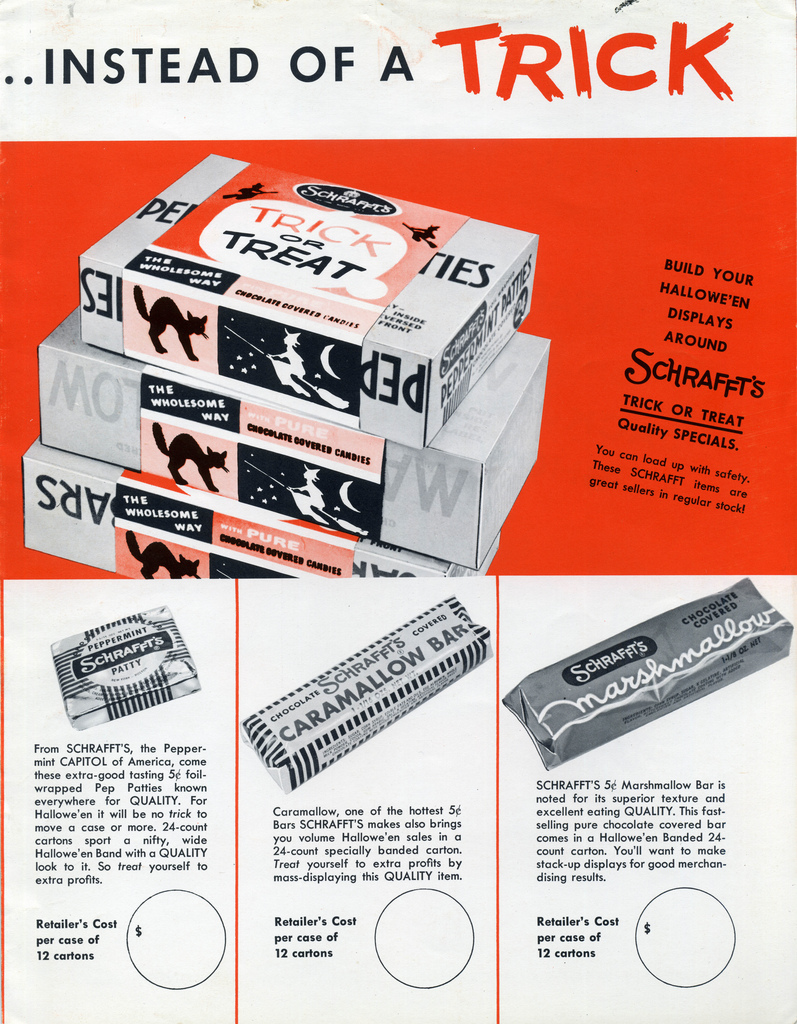 No longer around, Boston-based Schrafft's was a major player in the Northeast Halloween game. They even had Andy Warhol shoot a commercial for them in 1968.

Many of these ads refer to children as "goblins." So that's what they thought of us.

This delightfully impish kid showed up on trick or treat bags, too. 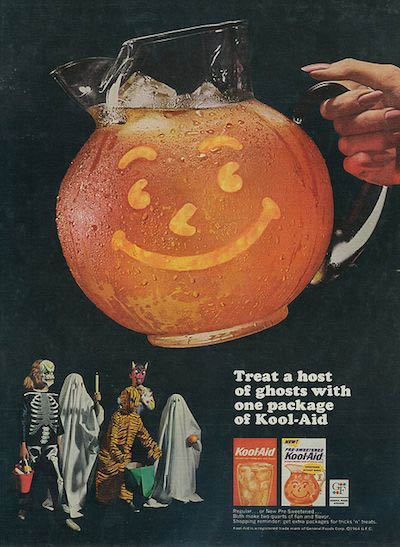 Because you have to wash down all that candy with something.