Where To Watch Shop Store Contact
Home / Stories / The music by the Honeybees from Gilligan's Island turned up twice on Perry Mason
Did you know?

You can hear the instrumental of "You Need Us" in two of Perry's season nine cases. 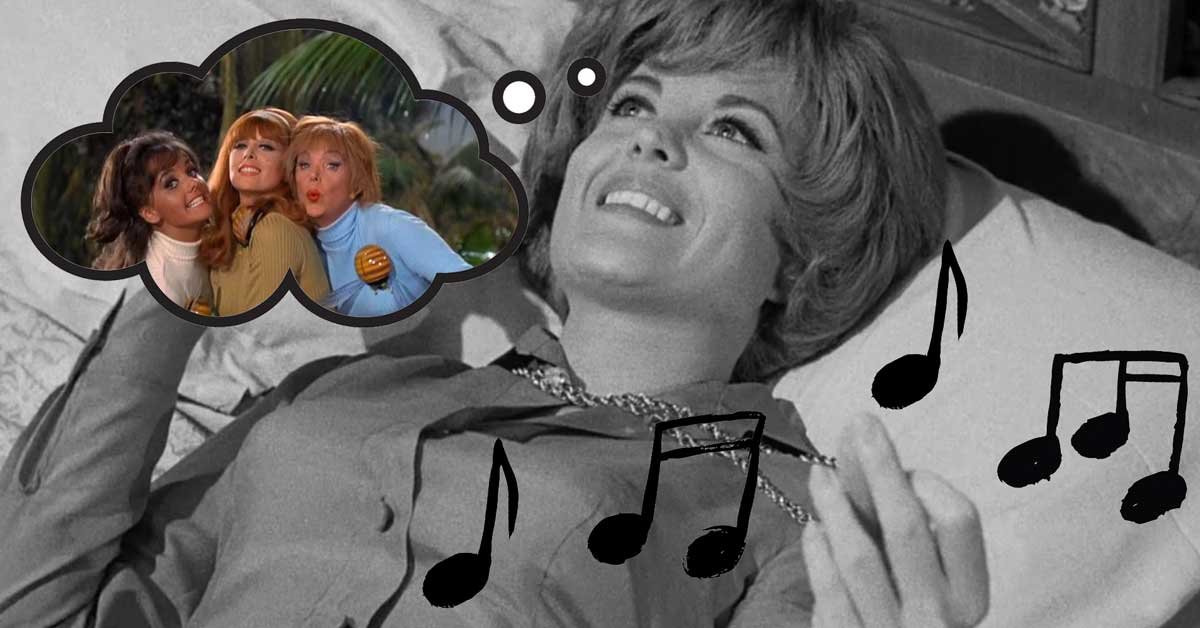 It's one of the most memorable moments of Gilligan's Island. Mary Ann, Ginger and Mrs. Howell form a rock 'n' roll group called the Honeybees. The trio sings a ditty called "You Need Us" for the other castaways and the Mosquitoes, the Beatles-spoof band that has come to the isle by helicopter for some alone time. They shimmy and shake onstage in their corduroys and turtlenecks.

"Like a baby needs a toy, like Hawaiians need their poi," Mary Ann sings. Jackie DeShannon, the popular '60s hitmaker who belted the gem "What the World Needs Now Is Love," provided the vocals for Mary Ann. Tina Louise, a recording artist in her own right, and Natalie Schafer, a Broadway veteran, sang their own bits.

But we are not here to talk about the vocals. We want you to pay attention to the backing track, the snappy little shuffling rhythm with a pinch of surf guitars. It's a catchy tune. The melody certainly stuck in the heads of Perry Mason producers. That same track turned up twice in season nine of the legal mystery series during the 1965-66 season. 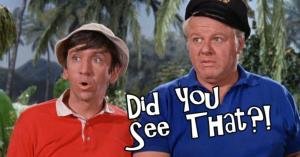 There's a good chance the song was still ringing in the ears of viewers, too. That Gilligan's Island episode, "Don't Bug the Mosquitoes," originally aired on December 9, 1965. Ten days later, Perry Mason served up "The Case of the Golden Girls." (Not those Golden Girls, Eighties kids.) The mystery centered around a young woman named Debbie Conrad (Victoria Vetri) who goes to work as a "Golden Bear" at a gentleman's nightclub. As much as the Mosquitoes were a parody of the Beatles, the Golden Bear Club was an obvious riff on Playboy Club. Only instead of rabbit ears, the waitresses wore fuzzy bear ears.

In the early part of the episodes, a good deal of generic rock 'n' roll can be heard on a car stereo. Guitars twang and horns blare. But the scene that made our ears perk up comes a bit later, when Debbie sneaks out of the dressing room and the club. Yep, you can hear the instrumental of "You Need Us" playing under the din of the cocktail lounge.

Ten episodes later, in "The Case of the Fanciful Frail," a young woman lies on a bed and listens to the radio. She snaps her finger to the beat and relaxes with a cigarette. The music — or, well, "Muzak" — wafting from the speaker is another instrumental take on "You Need Us."

We like to imagine that somehow the Honeybees cut made it back to the mainland. While Perry revealing killers in the courtroom, somewhere across the Pacific, the castaways are stuck on that island. But their music escaped, at least. 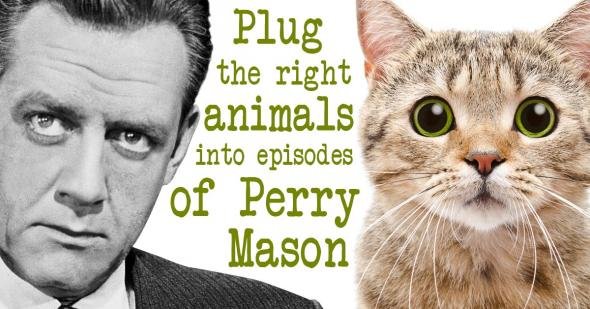 quiz
Can you plug the correct animals into titles of Perry Mason episodes?
Are you sure you want to delete this comment?
Close

Mike 18 months ago
Welcome to the CBS Music Library!
Having been in the recording, radio, and TV industries for years, CBS maintained a extensive collection of musical compositions, which were used on the soundtracks of radio and TV episodes for many years.
This wasn't limited to CBS shows , by the way; the various scores could turn up on any series or even theatrical movie that would pay CBS a license fee tor the use.
On MeTV, you can hear shared music themes on PERRY MASON, TWILIGHT ZONE, RAWHIDE, HAVE GUN, WILL TRAVEL, and even on THE FUGITIVE - an ABC/United Artists series which paid CBS's fee on many occasions.
Here's a fun fact I noticed: a couple of PERRY MASON episodes from the early '60s feature a melody that became a charted hit in 1965!
"A Walk In The Black Forest" by Horst Jankowski, which had been a hit in Germany a year or so before; CBS's music director, Lud Gluskin, picked up the rights in Germany (as he had for quite a few European records over the years), and added it to the CBS Library for scoring use; the hit record happened a year or so later, and Mr. Jankowski had quite a successful recording career afterward.
Like (1) Reply Delete 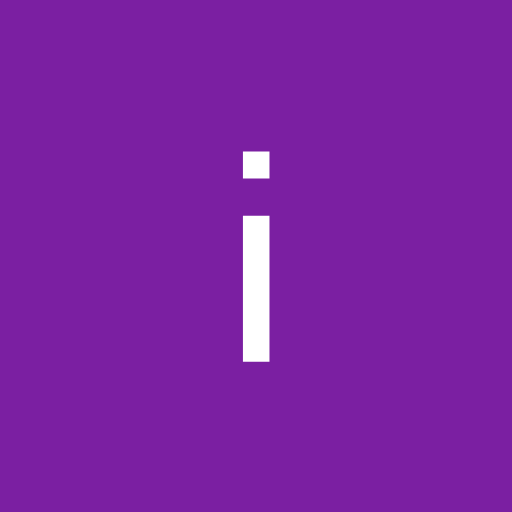 invidinvasion 23 months ago
I heard that tune on Perry Mason and I immediately made the connection! I said to myself "surely that's the tune from G.I. 'You Need Us'. I had just seen the Gilligan episode a couple days earlier on MEtv then heard it the next week on PM and it just subliminally clicked. I actually was singing it as I was watching it and said "Yep! That's recycled!" Then I looked up which version came 1st? Gilligan 1st.
So there, Mom! I do too have a braincell!
Like (2) Reply Delete

Dario 41 months ago
This article failed to mention that the Mosquitoes other song, "He's A Loser," was used in another Season 9 episode(s), but only as an instrumental as well. 🎸🎸🎸🎸🎸 😁😁😁😁😁
Like (1) Reply Delete

DavidOsterman 41 months ago
of course it was reused; CBS probably owned the rights and wouldn't have to pay royalties.

SheriHeffner 43 months ago
Perry Mason also played Don't Bug Me too from The Mosquitoes.
Like (2) Reply Delete

BarbaraPorterHutson 43 months ago
Why wouldn't the music leave the island. God knows everything else did EXCEPT for the castaways.

invidinvasion BarbaraPorterHutson 23 months ago
Exactly! It was probably carried to the mainland via Mosquitoes!
Like (1) Reply Delete

n2play invidinvasion 15 months ago
Yep, they stole their song and may even be them playing it :)
Like Reply Delete