Ann-Margrock would be so happy to see these two back in action! 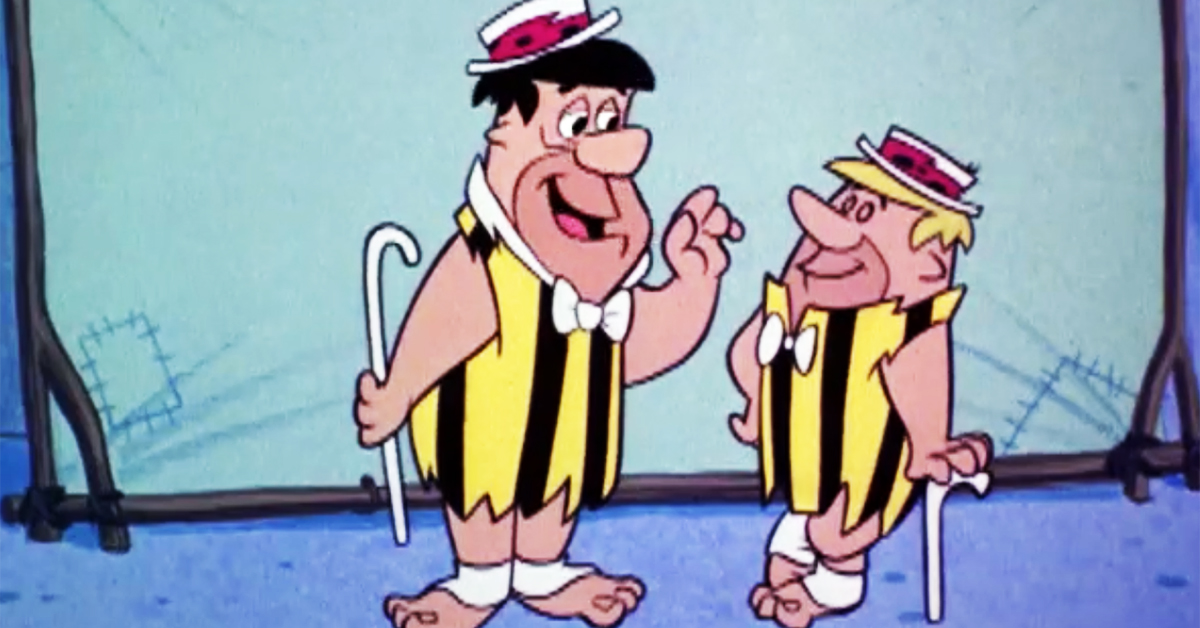 In 1966, Hanna-Barbera decided to dip its toes into the pool of classic literature adaptations. They released unto the public Hanna Barbera's Alice in Wonderland or, What's a Kid Like You Doing in a Place Like This? 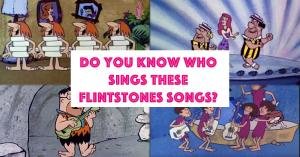 did you knowmusic1960s
Do you know who sings these Flintstones songs?

The movie follows a 1960s Alice who needs to finish her school book report on the Lewis Carroll novel. After she takes a nasty fall playing with her dog, Fluffy, she follows him through her television screen and enters Wonderland.

The TV special boasted a slew of popular voice actors and characters that delighted and surprised audiences, including Sammy Davis Jr. singing the role of the Cheshire Cat (and the title number) and Zsa Zsa Gabor voicing the Queen of Hearts. However, no two characters were as easy to recognize as Fred Flintstone and Barney Rubble.

The iconic best friends appear about midway through the special, playing a two-headed caterpillar. When Alice inquires as to why there are two faces on the single caterpillar body (more like a two-person costume), Fred gives her the obvious answer. 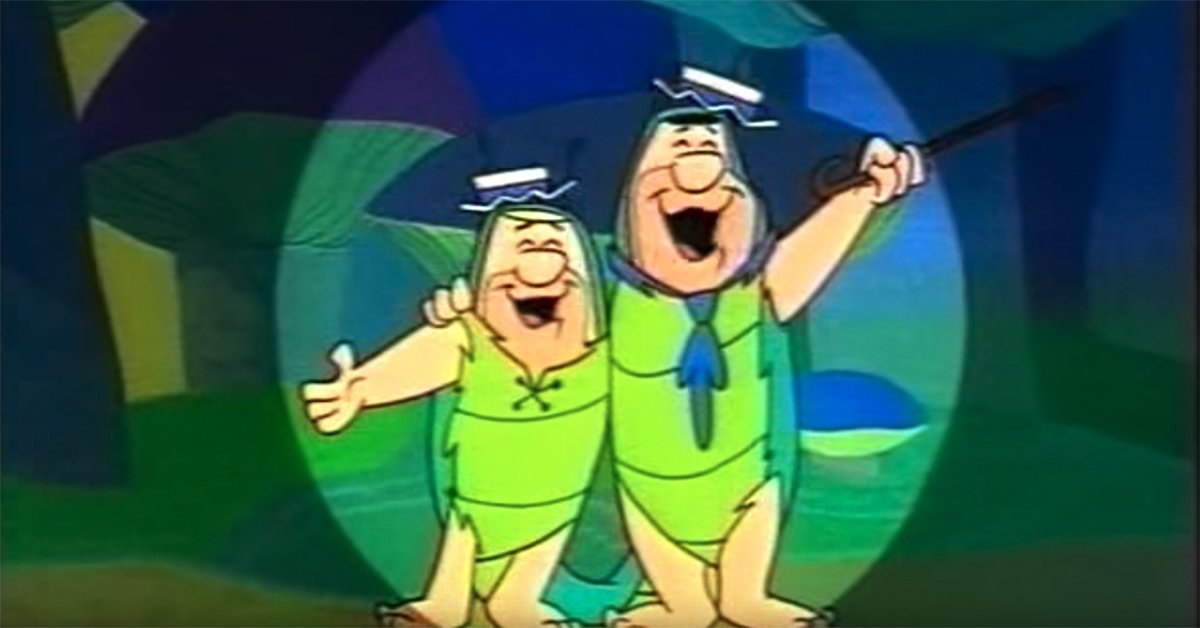 Hanna-BarberaBarney and Fred as a two-headed caterpillar.

"Haven't you ever heard of the expression 'Two heads are better than one'?" he says.

"Well, we're two heads; we can see where you're going and where you've been at the same time!" Barney adds.

The two then break into a rousing number (complete with straw hats and canes) and show off their act, Fred & Barney: Songs and Blarney. Longtime Flintstones fans may remember the buddies sporting a similar getup in the popular episode "Ann-Margrock Presents." But do they help to find Alice's sweet pup Fluffy?

"Sorry, m'dear, but we don't work with animals!"

Classic Fred. No matter what they get themselves into, one thing is for sure; Fred and Barney are definitely best friends, and that, as their song says, "will never change."

This would be the first of two Alice in Wonderland based specials Sammy Davis, Jr would appear in. The second would be Irwin Allen's 1985 two part Alice In Wonderland...which I hope MeTV would show one day next year maybe during The Summer of Me.
Like Reply Delete

RobCertSDSCascap 25 months ago
Before my time, but I do remember seeing a T.V. Special with Fred and Barney
on ice. Can't remember who else was on it.

cperrynaples 25 months ago
How can Fred say he never works with animals? He rode a dinosaur for Mr. Slate and all of Wilma's appliances were talking animals! Shame on you, Fred! No wonder the cat always through you out! BTW, yes I saw the second episode last night which was the first MTF show. For the record, the bird screeched and Fred took Wilma, Dino & the cat to the drive-in! I believe Pebbles, the Rubbles, and finally Bamm Bamm were fourth and fifth season!
Like (1) Reply Delete

cperrynaples cperrynaples 25 months ago
Yes, I mean threw! Once again, Spellcheck failed me! My mind goes way too fast, unlike the rest of me...LOL!!!!
Like (1) Reply Delete

DIGGER1 cperrynaples 25 months ago
What? You didn't think that it was amusing or anything?
Like (2) Reply Delete

Moody cperrynaples 25 months ago
Well I like it. Just trying to have some fun. What's wrong with that?
Like (3) Reply Delete

cperrynaples RobCertSDSCascap 25 months ago
Yep, Dolly Madison was also a sponsor! Remember when Homer Simpson got in trouble with Marge when he confused Dolly Madison with Ashley Madison...LOL!!
Like (1) Reply Delete

moax429 cperrynaples 24 months ago
No to Jack Benny, but yes to Coke sponsoring Peanuts.

I remember hearing on one of the featurettes on the DVD of "A Charlie Brown Christmas," in particular, one of the animators saying after the title displayed onscreen it led to a sequence where Linus ran into a Coke sign after Snoopy hurled both him and Charlie Brown with the blanket. Shame that wasn't restored as a bonus on said DVD.
Like (1) Reply Delete