Where To Watch Shop Store Contact
Home / Stories / For 52 years, "Little Boxes" was the shortest pop song to ever chart. Until this week.
music

For 52 years, "Little Boxes" was the shortest pop song to ever chart. Until this week. 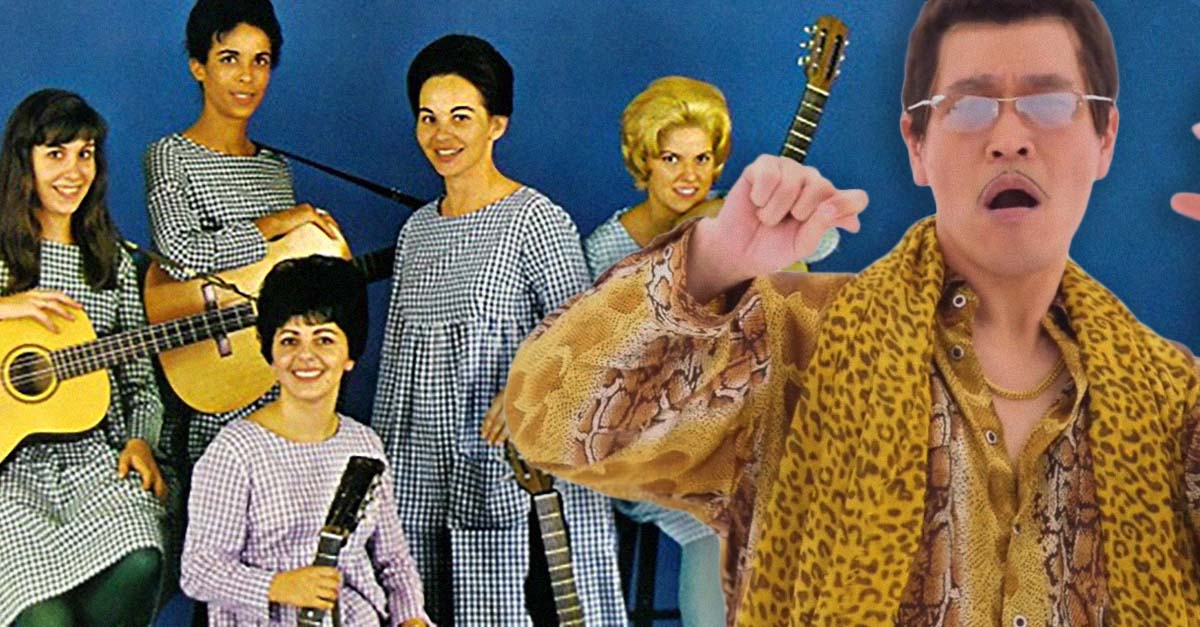 The folk craze of the early 1960s made unlikely success stories of many acts. Earnest, intellectual, nostalgic, quiet and politically charged, the movement has no other equal in the history of the modern pop chart. You could hardly swing an acoustic guitar in New York City without hitting a folkie in a thick wool sweater.

In other words, there were hundreds of minor folk acts hoping to be the next Seeger, Baez, Dylan or Kingston Trio. And most of those singing guitar strummers probably had "Little Boxes" in their repertoire. The song was written by Malvina Reynolds in 1962, and a year later it would become the lone solo Pete Seeger track to break into the Billboard 100. "Little Boxes" was both cute and cutting, a poetic jab at suburbia with its cookie-cutter houses "all made out of ticky-tacky."

Countless acts have covered the ditty, from Donovan to Death Cab for Cutie. Perhaps you know it as the theme song to Showtime's Weeds. In 1964, the Womenfolk, a sextet from Pasedena, California, took the song to No. 83 on the Hot 100. Their version was only 62 seconds long.

That brief run time went down in history as the shortest pop song to ever chart in America. That is, until a few days ago.

In the October 29 issue of Billboard, Piko-Taro took over the record with his 45-second  "PPAP (Pen-Pineapple-Apple-Pen)." You can blame YouTube. The bizarre Japanese novelty garnered 5.6 million streams last week, largely on YouTube. By the controversial rules of Billboard, this is all it takes to make the pop charts these days. The, um… song? …is the work of comedian Daimaou Kosaka. It defies explanation, so we will offer it with no comment.

Welcome to the folk music of the 21st century.