The King of Novelty spoofed everything from 'Batman' and Watergate to E.T. and King Kong. 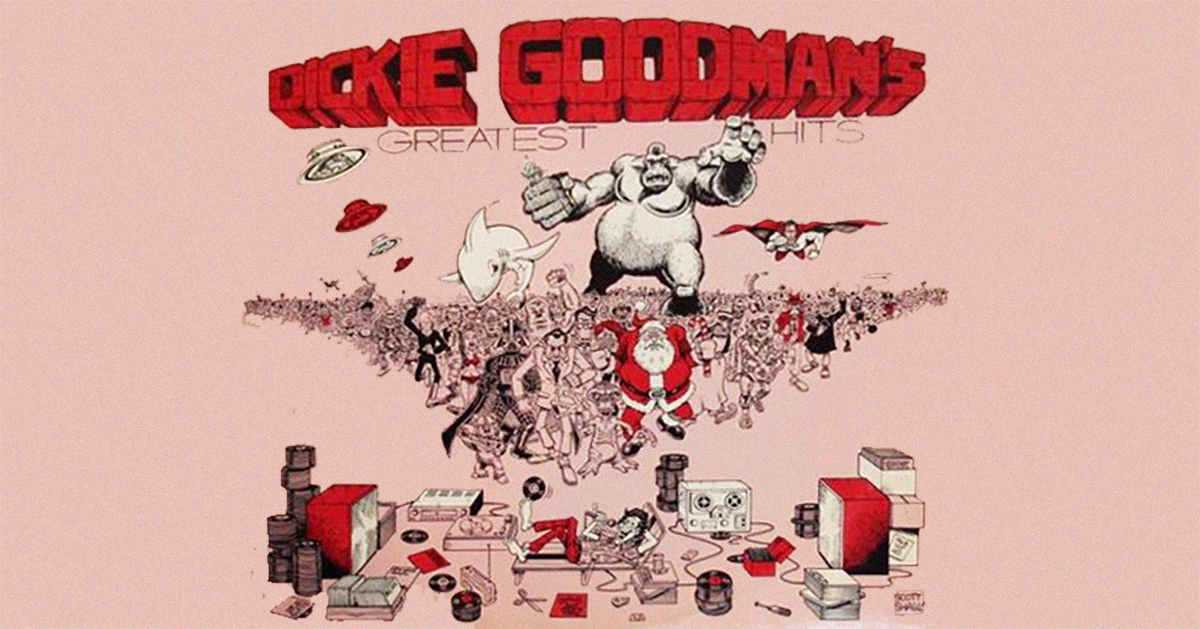 Novelty songs have gone extinct like the disco dodo bird. Sure, there is the occassional flash in the pan like Psy's "Gangnam Style" or Silentó's "Watch Me (Whip/Nae Nae)," but these are better filed under dance crazes. The true novelty song is hardly even a song, something more akin to a comedy routine. It's no wonder actors and DJs — names like Steve Martin, Rick Dees, Cheech and Chong — were more responsible than musicians for novelty hits in the 1970s, the peak era of the novelty song.

Yet few acts had the midas touch for novelty quite like Dickie Goodman. The New York born record producer crafted goofy musical skits and parodies for decades, consistantly landing novelty songs on the Billboard charts. It's no wonder he was dubbed "The King of Novelty." Goodman was a pioneer of sampling, the inventor of the "break-in" song, a series of musical clips interspersed with spoken word.

In total, Goodman charted 17 hits, four of them breaking into the Top 40. That is a level of success only dreamed of by serious acts.

Sixty years ago, his debut single was a smash, climbing to No. 3 in 1956. "The Flying Saucer" was the first fruit from his partnership with songwriter Bill Buchanan. Tapping into the space craze, B-movies and sci-fi paranoia of the era, "The Flying Saucer" featured Goodman as a news reporter, asking questions that were answered by clips from popular tunes like "Heartbreak Hotel" and "Earth Angel." Buchanan and Goodman followed up that surprising chart success with "Buchanan and Goodman on Trial" (No. 2) "Flying Saucer The 2nd" (No. 18) and "Santa and the Satellite (Parts I & II)" (No. 32).

This simple, silly formula would prove to have remarkable legs, as Goodman continued to repeat the trick as a solo act, tapping into the zeitgeist on tracks like "Watergrate," "Energy Crisis '74" and "Mr. Jaws."

Goodman spoofed television of the time, too, mocking everything from Ben Casey to Batman. He had three songs based on The Untouchables alone. Somehow, these all landed on the Billboard Hot 100. Here's a list of his solo hits in order of chart success:

Not too shabby for dropping needles on pop records as punchlines to silly setups.

Perhaps the most unlikely, if not outright bizarre, chart success from Goodman was the Glass Bottle, a phoney studio band whipped up as a subtle propaganda tool for the glass industry to promote the use of glass bottles over the increasingly popular plastic option. Goodman formed and produced the act, which had a Top 40 hit with "I Ain't Got Time Anymore," reaching No. 36 in 1970.

The novelty records kept on coming in the 1980s, as Goodman dropped singles like "Hey, E.T." and "Safe Sex Report." Alas, the anything-goes era of the 1970s was long over. In 1989, the King of Novelty died from a self-inflicted gunshot wound.