"I had to take yoga lessons to do some of that stuff.” 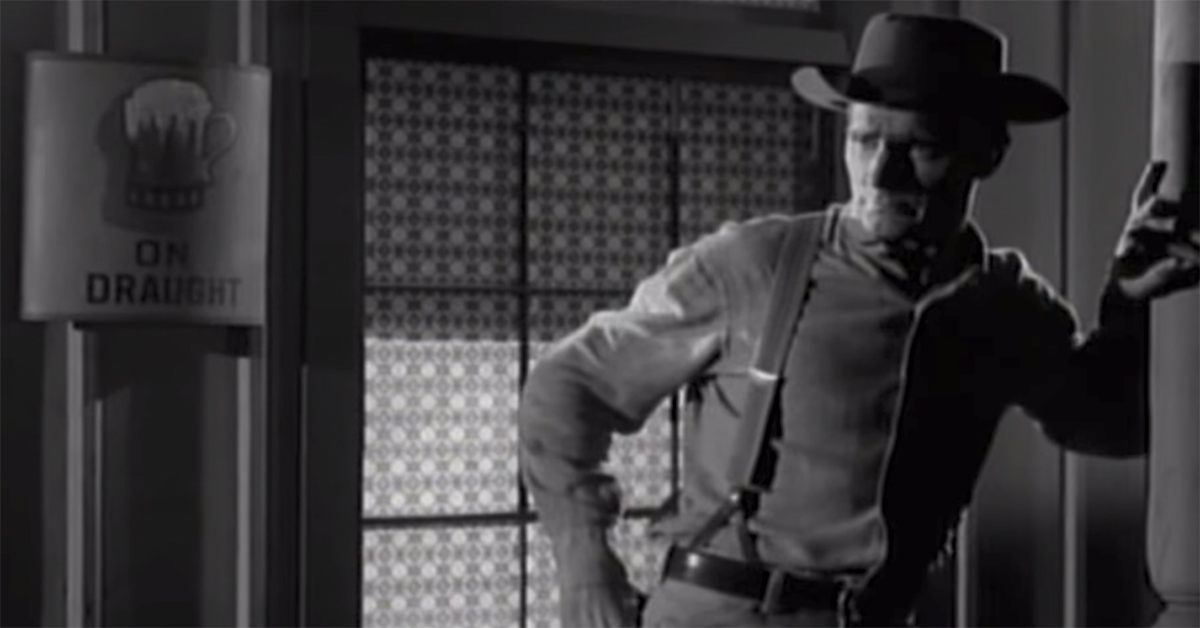 When you think of Chester Goode on Gunsmoke, it's likely you think of him slowly making his way from a barstool to the saloon doors, singing "Run, rabbit, run, the dogs'll catch you" in that thick accent of his. The character was the first bit of comedic relief introduced on Gunsmoke, and it may surprise you to know that Chester was the first character they actually cast when they were first developing the show.

According to Dennis Weaver who famously played the part, they always had the actor in mind to play it, but when he showed up for that initial audition, the actor was profoundly confused after reading the script. "I got the opportunity to read for Gunsmoke," Weaver said, "and when I went up there to read, they handed me the script and said read for Chester. And I went out and looked at the part, and it was so inane, I thought, well, nobody could be this silly. I stuck my head back in the room and said, ‘Are you sure you didn’t want me to read for Matt Dillon?’"

The answer came back no, so Weaver said he went back into the hall and thought about everything he'd learned from his method acting classes to try and correct the character he was reading on the page. When he was ready to go back in, he said he decided, "I’d make him real. I’d bring it from myself. And I went in and I read it as straight as I could read it. And when I finished they had this look of wonderment on their faces and [the producer] said, ‘Well Dennis, I was hoping you’d bring a little humor to this role.'"

Weaver said, "When he said 'humor,' the lightbulb went off in my head.” So he went back to study the lines again, and he remembered this boy from school he used to tease, who Weaver said had a thick Kentucky accent. The actor remembered how his friends would laugh when he'd do the impression, and so he decided to apply that to the role. When he was ready, he went back in to read again.

“Well I went in and I started reading it with that accent and suddenly the character started making sense, and I started kinda getting a smile about it myself," Weaver said. Then later he described the reaction to this first-ever performance of Chester's famous delivery: “They went right on the floor; I could hardly get through it.”

Once Weaver got the role, he was asked to read with all the would-be Matt Dillons and Docs before those roles were cast, too. And seeing Chester stack up against all those different Dillons, once the producer decided on James Arness, he suddenly realized he had a problem. As Weaver tells it, the actor who would play Chester Goode got pulled aside during auditions and asked if he'd mind meeting at a nearby bar to have a "little conversation." This piqued the actor's curiosity. Weaver said, "I was like, ‘What does he want?’"

So once auditions wrapped for the day, Weaver went to find out, and that's when he said the producer told him, "You know, my problem is that you are physically a leading man, and James Arness is physically a leading man, and historically and traditionally, a sidekick has always been too old or too fat or too young or too something to get involved in the physical stuff." The producer was worried the audience wouldn't buy into Chester Goode as Matt Dillon's sidekick, because why wouldn't Chester be fighting and wearing a gun, too? That's why the producer came up with this solution: He asked Weaver to develop a handicap for his character. Something that would explain why he was the sidekick, and not the sheriff.

Weaver was willing to try, saying, "I thought that is really a silly reason for someone developing a handicap, but I was excited about the challenge." The actor went straight home and thought about it a while, thinking, "I’ve got to be able to control this. I’ve got to be able to make it consistent." He'd been taking part in acting workshops where he was challenged to work with what he called "physical controls," like being a character with a really bad headache or, say, a cowboy with a noticeable limp? Weaver said, "So I thought if I just can’t bend my knee and do everything else as good as I can, that might work.” 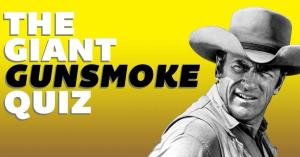 Can you pass the giant Gunsmoke quiz? 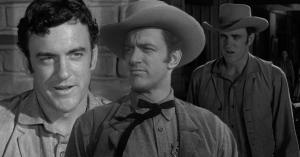 The scene Weaver paints of how he worked out the limp is priceless: "I was hopping around my backyard over benches and boxes, testing it out." When he had the limp all ready, he went back and showed it to the producer, but the producer just shrugged off his effort with a pale, "That's fine!" Fast-forward nine years later of Weaver playing Chester with that limp, and the actor definitely had his regrets.

According to Weaver, looking back, he figured, "It wouldn’t have mattered what I did, it would’ve been fine. If I knew I was going to be doing that for nine years, I might’ve had a different thought about it. Because you ever try and build a campfire with a stiff leg? Or worst of all, you ever try to put your boot on without bending your knee? I had to take yoga lessons to do some of that stuff.”

So next time you see Chester struggling with his limp onscreen, think about the actual pains the actor took to make that character so authentic. 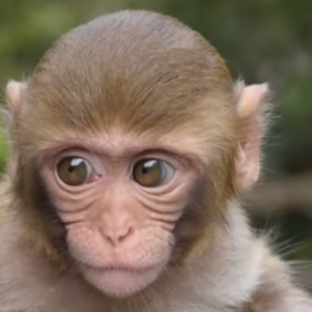 ManchU 29 months ago
Watch some of the
Gunsmoke episodes, when Chester is walking up steps or a steep hill, he might bend the knee a bit. He covers for it by putting a hand on the knee or seems to shorten his strides. I don't blame him. That had to cause pain in his leg and back at times, on long shoots.
Like Reply Delete

JoRiggs 32 months ago
Does anyone know why Chester didn't wear a badge as deputy?
Like Reply Delete

PMJStockon 32 months ago
He did not use anything to help him limp. He said so in several interviews. Dennis Weaver was an athlete and was capable of pulling off many of the physical feats he performed, including Chester's limp.

JeffTanner 48 months ago
I always thought that Chester (Dennis) had a board tied to his leg to make it stiff like that. If you watch it now & pay close attention to his left or right leg, I forget which, it looks like a board is fastened there.
Like Reply Delete

Tampammm JeffTanner 48 months ago
I agree, especially when he rides a horse, as his gimpy leg sticks out very stiffly/awkwardly.
Like Reply Delete