C'mon get happy: now you can own a piece of television history

The groovy title sequence from 'The Partridge Family' is up for auction. 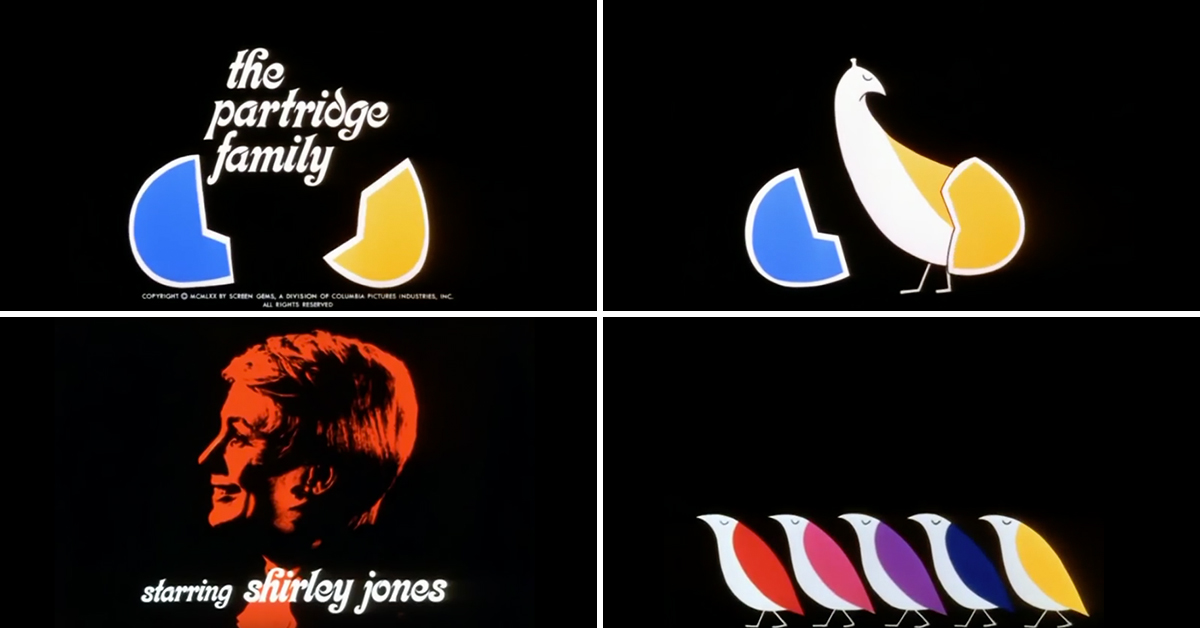 While quality writing and acting can make a show famous, a memorable opening credits sequence can make a show infamous. Who could forget the blue and black tiles on The Brady Bunch, or Mary Richards throwing her hat in the air on The Mary Tyler Moore Show?

Now you can own an iconic piece of television history. For the first time ever, the animated title sequence to The Partridge Family is up for auction.

See Also: Quiz: Can you name these opening credits?

In case you need a refresher, the sequence opens up to a blue and yellow egg hatching out the mother bird. She leads the younger birds along in a line while the credits introduce the cast of the show, including Shirley Jones, David Cassidy and Susan Dey. All of that was set to the jubilant tune "C'mon Get Happy" ("When We're Singin'" was used in the first season, but who remembers that?)

Individual frames from the opening credits range in price. Bidding will start at $40,000 for the image of the whole family of Partridges.

A series of three images featuring the baby birds also starts at $40,000.

Bidding for the other images, including the uncracked egg, will start at $5,000.

Nate Sanders
See Also: 31 things that happen on every episode of 'The Brady Bunch'

According to The Hollywood Reporter, the opening credits were designed by Sandy Dvore and were originally only supposed to appear during the show's pilot episode. When the musical sitcom was picked up, the title sequence stayed put.

The auction will take place online this Thursday in conjunction with Nate D. Sanders Auctions.