Host Tiffany Haddish wore the 'Gone with the Wind' parody. 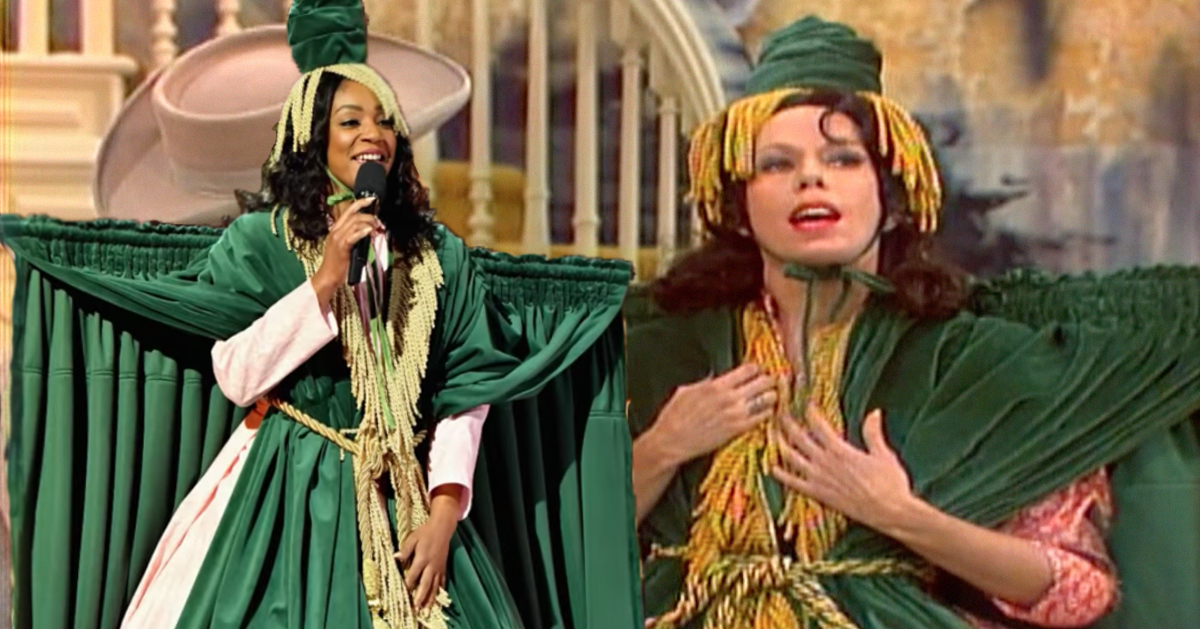 Some things never go out of style. Some jokes never get old. Host Tiffany Haddish proved both to be true this past week at the 2018 MTV Movie Awards. The comedian, who skyrocketed to fame over the past year thanks to scene-stealing roles in hits like Girls Trip, paid homage to the pioneering Carol Burnett by wearing one of her greatest visual gags.

Yes, the curtain dress made a comeback.

The green velvet gown, crafted by The Carol Burnett Show costume designer and fashion legend Bob Mackie, originally appeared in a sketch on November 13, 1976. It was a spoof of Gone with the Wind, dubbed "Went with the Wind," with Burnett in the Scarlett O'Hara role.

Take a look at the 2018 version of the dress below.