A look back at one of television's funniest moments — the curtain dress. 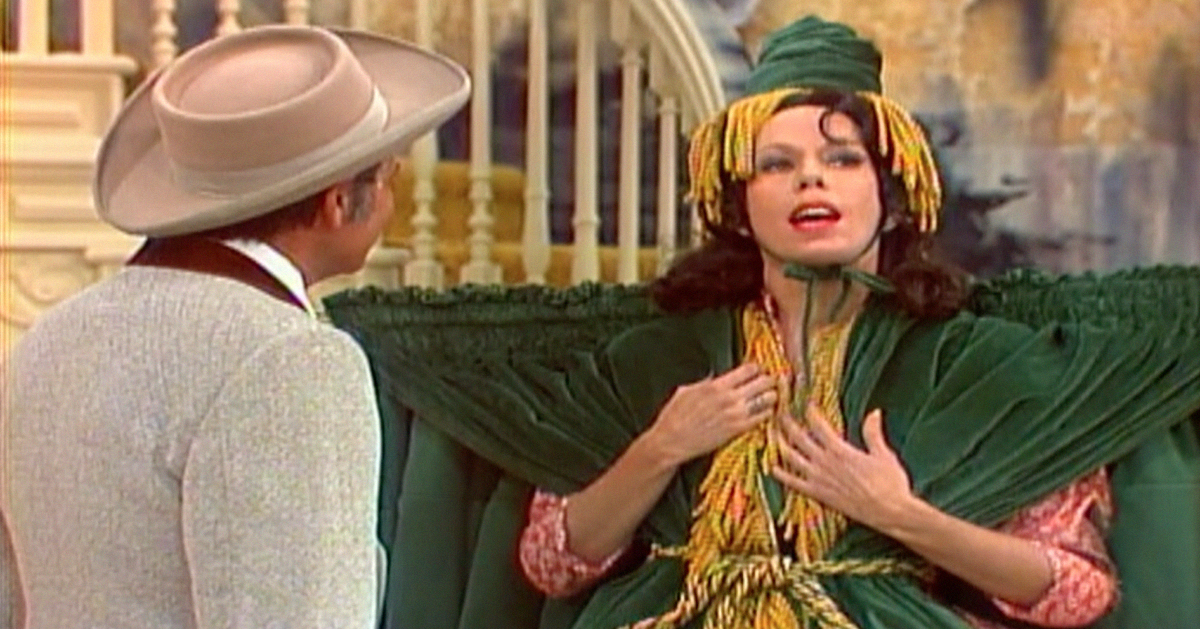 For 11 seasons, The Carol Burnett Show provided hundreds of funny sketches, from 'The Family' to 'Ms. Wiggins.' But one moment in particular rises above them all as perhaps one of the most hilarious in television history.

On November 13, 1976, millions of people tuned into The Carol Burnett Show to watch the crew put on a parody of the classic film Gone with the Wind. Earlier that month, the epic movie had made its network TV debut on NBC, and was watched by 65 percent of television viewers.

The timing for this sketch was perfect.

See Also: Carol Burnett is returning to television with a new sitcom 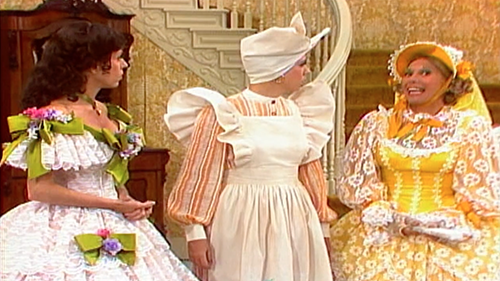 It opens with Burnett portraying Starlet, a southern socialite who is in love with a gentleman named Brashly (Tim Conway). The only problem is Brashly recently married his cousin, Melody (Dinah Shore), who is pregnant with their child.

The sketch continues with the women dealing with the Civil War and trying to find a way to pay back their back taxes. All the while, Vicki Lawrence screams and runs around the set in a panic.

When a millionaire (Harvey Korman) arrives on the plantation, Scarlet needs an outfit, and quick. What happens next is pure comedy gold.

Starlet descends from the top of the stairs wearing the curtains she pulled from the window. When the millionaire compliments her attire, she replies, "I saw it in the window and I just couldn't resist it."

See Also: 9 things you might not know about Carol Burnett

Burnett says the roar of the audience's laughter had to be edited down because it was too long and too loud. Never before had something so simple been so funny, with Burnett later saying it was the most brilliant sight gag ever.

The comic legend also gives credit where credit is due. She says she originally wanted to have the curtains sloppily hanging off her character. But famed costume designer Bob Mackie is the one who suggested it would be funnier to have the curtain rod in place.

The sketch's impact is still felt to this day. TV Guide ranked it as the second funniest moment in television history in 1999.

In addition, the iconic outfit is on display a the Smithsonian Institute — complete with the curtain rod. In 2009, Mattel released a Barbie doll of Burnett dressed as Starlet.

Did you watch this moment live on TV?

gmlaster 37 months ago
This and WKRP in Cincinnati, where they threw the turkeys out of the helicopter thinking they could fly, were my two funniest moments on television.
Like Reply Delete


And that kiddies, was where the 80's got their inspiration for shoulder pads on women business dress.

SteveJohnson 37 months ago
Where's the video clip? Are you kidding me...you do this story and don't have a clip of it??
Like Reply Delete