Bugs Bunny in a live-action movie! What's the first thing that comes to your mind? The 1996 movie Space Jam where he played basketball with Michael Jordan? The 2021 sequel with LeBron James? Maybe even the 2003 Brendan Fraser flick, Looney Tunes: Back In Action?

Well, those aren't the only times the "wascally" wabbit hopped into the third dimension. Technically, he appeared in an animated segment of the 1948 film Two Guys from Texas. But we're talking about Bugs mingling with live-action actors.

That first would be a year later, in the 1949 film My Dream is Yours. This musical starring Doris Day and Jack Carson followed a working gal who got discovered as a big star. But what it might be best remembered for was the extended dream sequence. In an Easter-themed dream, Day and Carson do a dance number with the one and only Bugs Bunny to Hungarian Rhapsody No. 2.

That's right, the first time Bugs hung out with human co-stars was nearly a full half-century before Michael Jordan ever dribbled into the cartoon world. 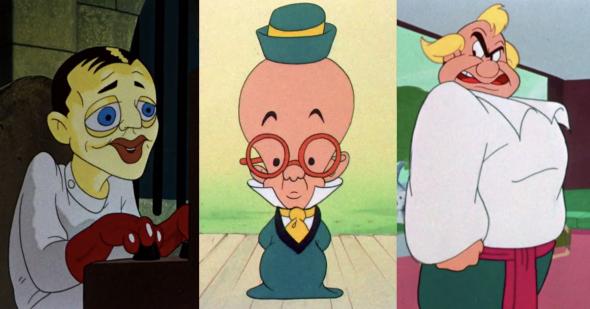 Toon In With Me
Are these cartoon villains facing off against Bugs Bunny or someone else? 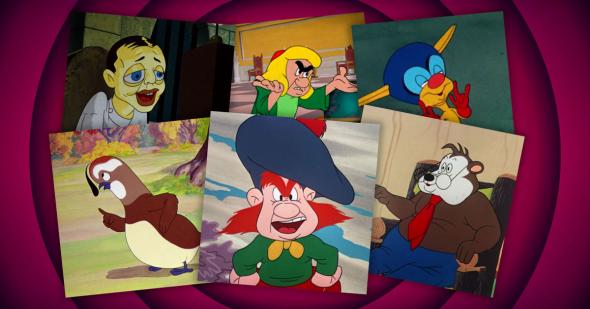 Did you know?
6 hilarious Looney Tunes voices that Mel Blanc only did once 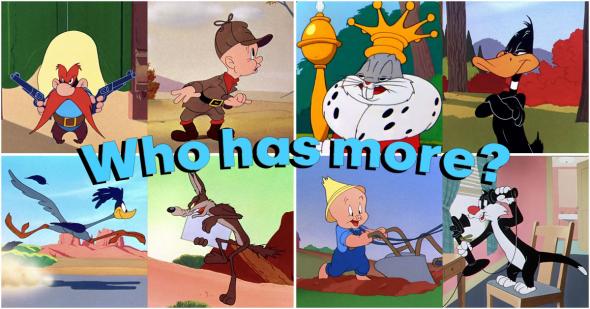 Toon In With Me
Who appeared in more classic Looney Tunes shorts?
Are you sure you want to delete this comment?
Close

gracie200 1 month ago
Well I'm absolutely gonna try to find this movie....it looks like a lot of fun. Never heard of it and I thought I had seen all of Doris Day's movies. I watched the little video they had here for the article and it stopped in the middle of the number.....NOOOOOOOOOO! (I thought I'd seen everything ol' Bugs had done, too. Hmmmm..........but wha-do-I-know? lol
Like Reply Delete

gracie200 DuanneWalton 1 month ago
Duanne Walton that was GREAT!! so cute. you are AWESOME, sir. now i'm gonna find the whole movie for sure. thank you so much for doing that.
Like Reply Delete

Barry22 1 month ago
Supposedly Bugs was very hard to work with.
Like Reply Delete

Andybandit 1 month ago
Wow I didn't realize Bugs Bunny goes back to the 1940s in a movie.
Like Reply Delete

justjeff 1 month ago
I always enjoyed seeing Jack Carson in a movie. Back in my Brooklyn days, the local New York station WOR (now WWOR) had their "Million Dollar Movie", which they ran the same film over and over all week long. One film I'd watched more than once was Carson in "The Good Humor Man".

When my father told me he'd passed away (Carson died in January of 1963 from stomach cancer) I was saddened.

Remember the Twilight Zone episode [shot on video tape] called "The Whole Truth"? Jack is a hustling used car salesman who ends up buying an old buggy that's haunted - and it forces him to tell the truth at all times! Laugh-In's Arte Johnson played his assistant...
Like (3) Reply Delete
Load previous comments

justjeff CaptainDunsel 1 month ago
Is "
writingwithhitchcock" you? You're a screenwriter and guitarist? ... Or did I get my facts mixed up again...???
Like Reply Delete

CaptainDunsel justjeff 1 month ago
No The interviewer was a fellow named Steven deRosa, author of "Writing with Hitchcock". My Dad was the interviewee.
Like Reply Delete

moax429 harlow1313 1 month ago
I always remembered hearing "Hambone" first on "Captain Kangaroo." They used Dick Shawn's 1964 version on 20th Century Records (which *was* released as a single); I believe the puppets "The Frogs" were miming to the song, while some other puppets danced to the instrumental break in the middle.
Like Reply Delete

Maverick66 1 month ago
When I saw actors in bunny costumes, I immediately thought, "You look like a pink nightmare." I was pretty close. (Oh, and name that movie reference = as easy as today's MeTV cartoon sports quiz).
Like Reply Delete

MrsPhilHarris Maverick66 1 month ago
Said The Old Man to Ralphie.
Like (1) Reply Delete

MrsPhilHarris Maverick66 1 month ago
A Christmas Story.
Like Reply Delete