Where To Watch Shop Store Contact
Home / Stories / Buddy Ebsen once battled James Arness in a yacht race across the Pacific Ocean
Did you know?

Place your bets! Who do you think won: Jed Clampett or Marshal Matt Dillon? 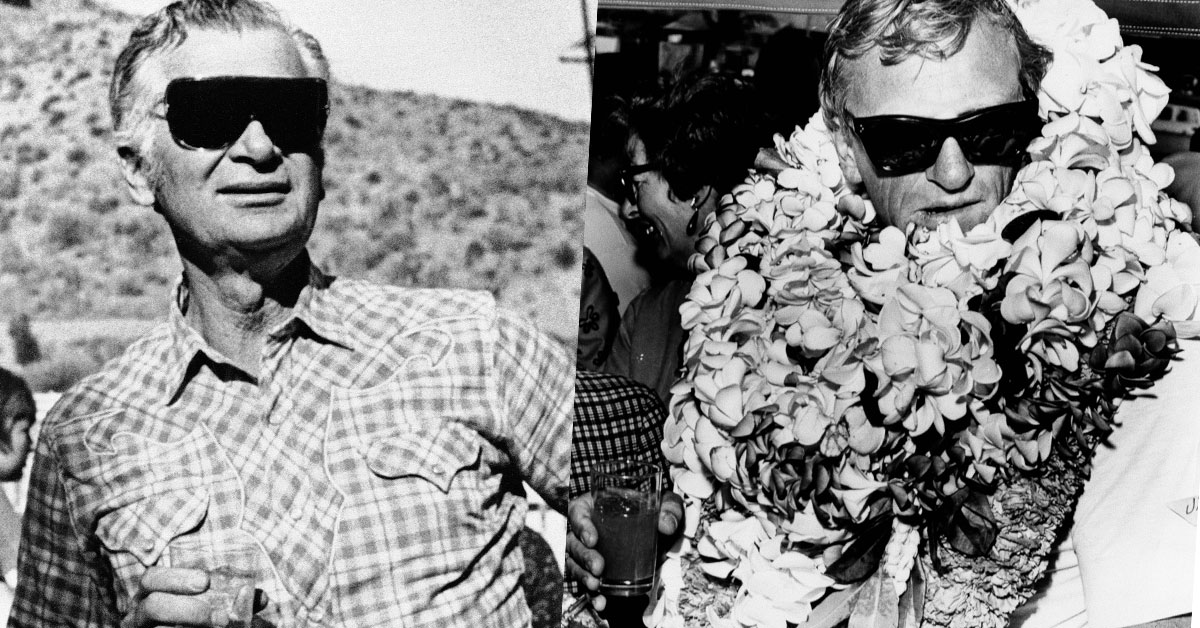 On the 4th of July, 1968, a cluster of sailboats set forth from Point Fermin, the tip of land in San Pedro, due south of Los Angeles. The weather cooperated with perfect conditions. As Californians celebrated with fireworks, these eight boats set their bearings for a destination about 2,500 miles away. The yachts were beginning the third annual Multihull TransPacific Race, beginning in Los Angeles Harbor and finishing in Honolulu. The entire race would take anywhere from 10 days to two weeks on the open Pacific waters.

The biggest boat in the bunch was a 58-footer named Seasmoke. The catamaran stretched nearly 10 feet longer than its competition. The craft belonged to James Arness, the star of Gunsmoke, Marshall Matt Dillon himself. Dodge City may have been landlocked, but Arness was a formidable sailor — and favored to win the race. After all, he had the most impressive boat.

But Arness had some famous competition. Another beloved TV star played the role of the underdog in the 1968 Multihull TransPacific Race. None other than Buddy Ebsen was cutting through the waves aboard his Polynesian Concept.

Jed Clampett may have been the richest feller in the make-believe-land of television, but the actor piloted the smallest boat in the race. His sailboat measured only 35', a full 23 feet shorter than the one belonging to the Western icon. It was cheaper, too. Ebsen's twin-hulled boat carried a price tag of $55,000. Seasmokecost $175,000.

Five days into the race, about halfway through, the superior Seasmoke had built a solid lead. Arness held a 70-mile advantage over the field.

But there were 1,545 miles left before the finish line at Diamond Head. At this point, the manly actor was trailed by a Dr. Martin Crumrine in second place, followed by the Hawaiian crewed Manu Iwa in third, according to an update in The Honolulu Advertiser.

Buddy Ebsen and his relatively modest boat sat in fifth place. But he would claw his way back. He may have been a bronzed 60-year-old actor with money to blow, but the man had served in the United States Coast Guard during World War II. (Arness, on the other hand, served in the Army.)

On Sunday, July 15, true to expectations, Arness and his Seasmoke were the first to cross the finish line at Diamond Head. A luscious, thick lei of flowers was draped over the head of craggy, tanned celebrity, as if he were a prized thoroughbred. Arness double-fisted cocktails in his victory photo, as above on the right.

His celebration was a bit premature.

In the wee hours of Tuesday morning, at 1:30 a.m., Polynesian Concept became the second boat to drift over the finish line. Ebsen's plucky catamaran had passed the rest of the competition, a full six hours ahead of the third boat.

Due to the arcade rules of competitive sailing, which are too complex to delve into here, the Polynesian Concept was declared the winner due to "corrected time."

The Beverly Hillbilly had bested the rugged lawman. Never count out a Coast Guard man. 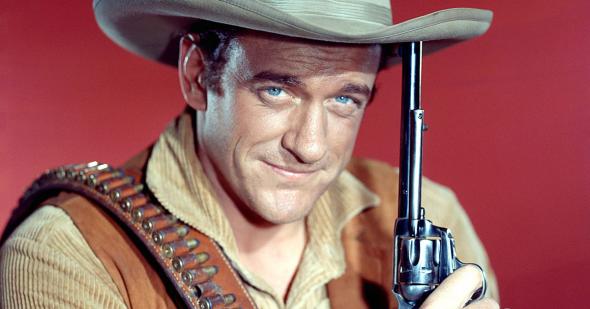 The network wanted to make Gunsmoke 90 minutes long, but James Arness shot that idea down 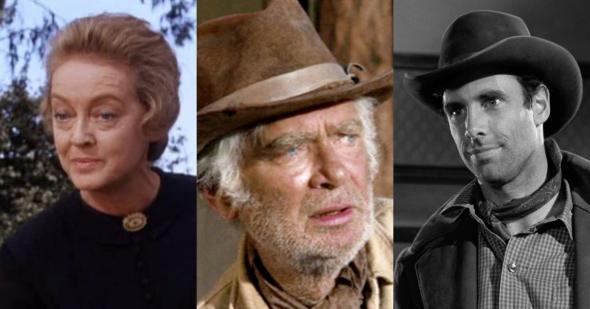 Westerns
Did these Gunsmoke guest stars play heroes or villains? 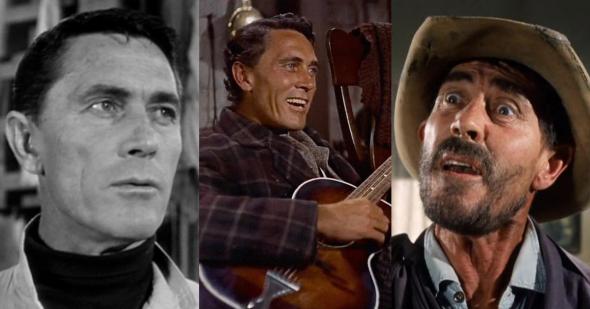 How well do you know the career of Ken Curtis?
Are you sure you want to delete this comment?
Close

TenTanToes 16 months ago
Yes...F5Twister. Makes me cringe at misspellings and whatever the cause of 'arcade' twisted out of 'arcane'. Some of us know better, and it's not our profession. At least not mine. Ouch! Embarrassing.
Like Reply Delete 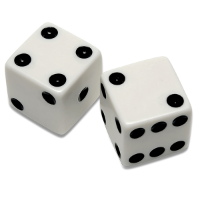 JimmyHicks6 17 months ago
I didn't recognize James Arness in photo double-fisting those cocktails, only because he wasn't wearing a cowboy hat.
Like Reply Delete

Pacificsun 17 months ago
I don't know ... I kind of enjoyed the article, even without all the drilling down and grammar corrections. Even so, the internet is a wonderful thing!


What corrected time means:
"In corrected time, which is determined by the boat’s Transpac rating multiplied by their elapsed time, the contest is incredibly close. At stake is who wins the overall King Kalakaua Trophy, one of the most prestigious in this race, which rewards the team who has sailed the course most efficiently relative to their rating."
Source:
https://www.sailingscuttlebutt.com/2019/07/20/overall-title-uncertain-for-transpac-race/

Like (2) Reply Delete
texasluva Pacificsun 17 months ago
I tried sailing that once in my inner tube. I didn't get past the 10th wave. Turned around and headed for shore . I Yacht I'd try .
Like (3) Reply Delete

F5Twitster 17 months ago
A: "The biggest boat in the bunch was a 58-footer named Seasmoke. The catamaran stretched nearly 10 feet longer than its competition. The craft belonged to James Arness, the star of Gunsmoke, Marshall Matt Dillon himself."

B: "Due to the arcade rules of competitive sailing, which are too complex to delve into here, the Polynesian Concept was declared the winner due to 'corrected time.'"

Andybandit 17 months ago
What a funny guy Buddy Ebsen is on the Beverly Hillbillies. He is good on Barnaby Jones.
Like (3) Reply Delete

TenTanToes Andybandit 16 months ago
He was also a dancer. My dad liked for me to watch all the Shirley Temple movies on TV, older than him, and I am sure Buddy E was in at least one with her.
Like Reply Delete

PSF65 17 months ago
Anyway, two great guys who served with distinction in WWII.
James Arness actually received , I think TWO Purple Hearts
at the battle of Anzio.
Let's continue to enjoy watching them!
Like (5) Reply Delete

TenTanToes PSF65 16 months ago
Mr Arness (brother of Peter Graves, btw) had a leg injury at the Battle of Anzio that bothered him the rest of his life. But also the reason he and brother ended up actors.
Like Reply Delete

Lantern 17 months ago
I think you mean "arcane" rules.
Like (2) Reply Delete

ScoobyDoo169 17 months ago
Even though I'm still confused on how it works, I am glad that Buddy won though. I was fighting for him to win through the article.😂
Like (4) Reply Delete

harlow1313 17 months ago
I feel the writer of this article have should attempted a brief explanation of why the 2nd place finisher was declared winner. Surely this evasion is unsatisfying for a reader.

denny harlow1313 17 months ago
I think they prefer to be called handicapable :)
Like (1) Reply Delete