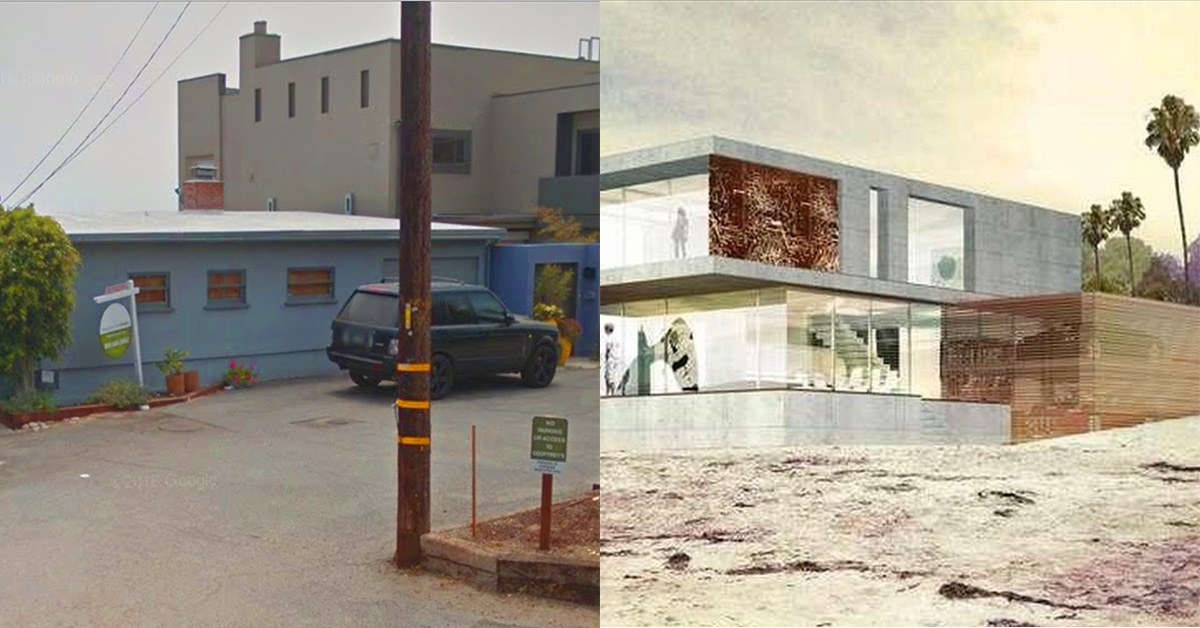 At the age of 11, child actress Eve Plumb purchased a Malibu beach house for $55,350. The 1950s blue cottage sits at the south end of the exclusive Escondido Beach. After nearly half a century of ownership, Plumb sold the flat-roofed bungalow at the end of June for $3.9 million — a little over 10 times its original value, adjusting for inflation.

Additionally, there are plans to build an ultra-modern Pacific Ocean home on the property. According to Zillow, Meis Architects — the firm behind sports arenas such as Staples Center and Safeco Field — has "designed a beachfront masterpiece for an iconic 1970's sitcom star." (Alas, it was not sketched by Mike Brady.) You can see the before and after images above.

The new plans call for "a retractable moon roof, perforated metal panels, and a car stacker for multiple luxury vehicles." Eat your heart out, George Glass!

Check out the listing for more concept sketches.