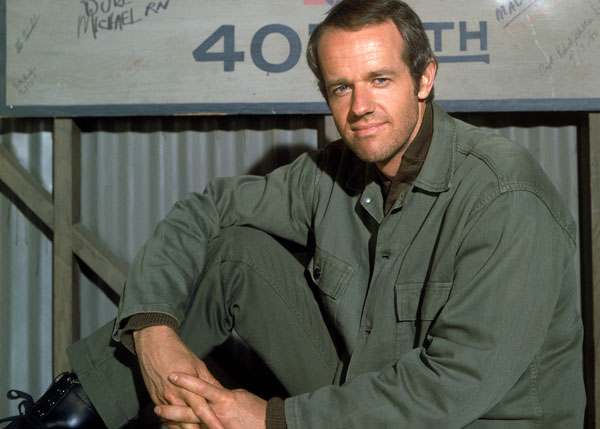 Me-TV sends our birthday greetings to actor Mike Farrell, best known for his role as Captain B.J. Hunnicutt on M*A*S*H. Farrell joined the cast in 1975 (the show debuted in 1972) and stayed in the role until the series ended in 1983. He replaced Wayne Rogers (Captain John “Trapper” McIntyre) as the partner in pranks, intellectual equal, and fellow bucker of the system of Alan Alda’s “Hawkeye” Pierce character. Hunnicutt was perhaps less acerbic than his predecessor, possibly due to his California upbringing, but proved to be a worthy replacement whose progressive attitude synched well with the way M*A*S*H’s story lines evolved over the course of the show’s run.
Farrell was born in St. Paul, Minnesota in 1939, and at the age of 2 moved to Hollywood with his family as his father found work as a studio carpenter. Thus began the younger Farrell’s lifelong fascination with the movies and show business. He served two years in the marines, followed by a turn at UCLA and the study of acting at the noted Jeff Corey Workshop.
He found TV roles as early as 1963 (The Dick Powell Theatre, McHale’s Navy) and went on to appearances in Combat!, Lassie, The Monkees, I Dream of Jeannie, Judd for the Defense, Days of Our Lives, The Bill Cosby Show and more. By 1970, Farrell landed the role of Dr. Sam Marsh in the short-lived (24 episodes in all) medical drama, The Interns. You might even catch him in an episode of Me-TV favorites Cannon and Bonanza, or, if you’re keen-eyed, his un-credited role as a bellhop in The Graduate!
It was M*A*S*H of course that put him on the map, and when the series wrapped in 1983 rolled right into a string of TV movies and series appearances (or, in some cases, voice work, as in the animated Superman TV series which ran from 1996-1999). In 1999, Farrell starred Melina Kanakaredes, Paula Cale and Seth Peterson as Dr. James Hansen in the well-regarded NBC drama Providence. The show ran for five seasons, and Farrell remained fairly active in TV until about 2012. 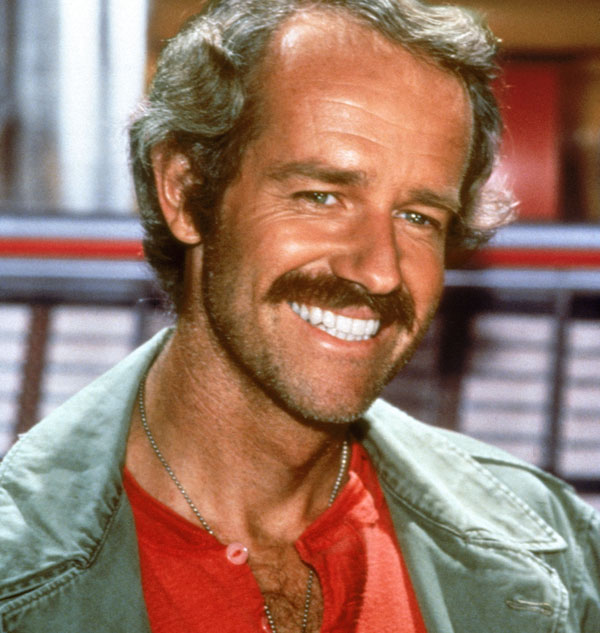 Throughout his life, Mike Farrell has been and outspoken activist for human rights and has for decades travelled and campaigned on behalf of various refugee, death penalty and peace organizations worldwide. He’s a sought after speaker and a prolific issue-oriented writer, whose list of awards is too long to mention. And he’s been married to the lovely Shelley Fabares since 1984! A visit to his website will give you an indication of the extent of Mike Farrell’s commitment to a better world.
Happy Birthday to Mike Farrell from Me-TV!