And there was another connection to The Danny Thomas Show right under your nose. 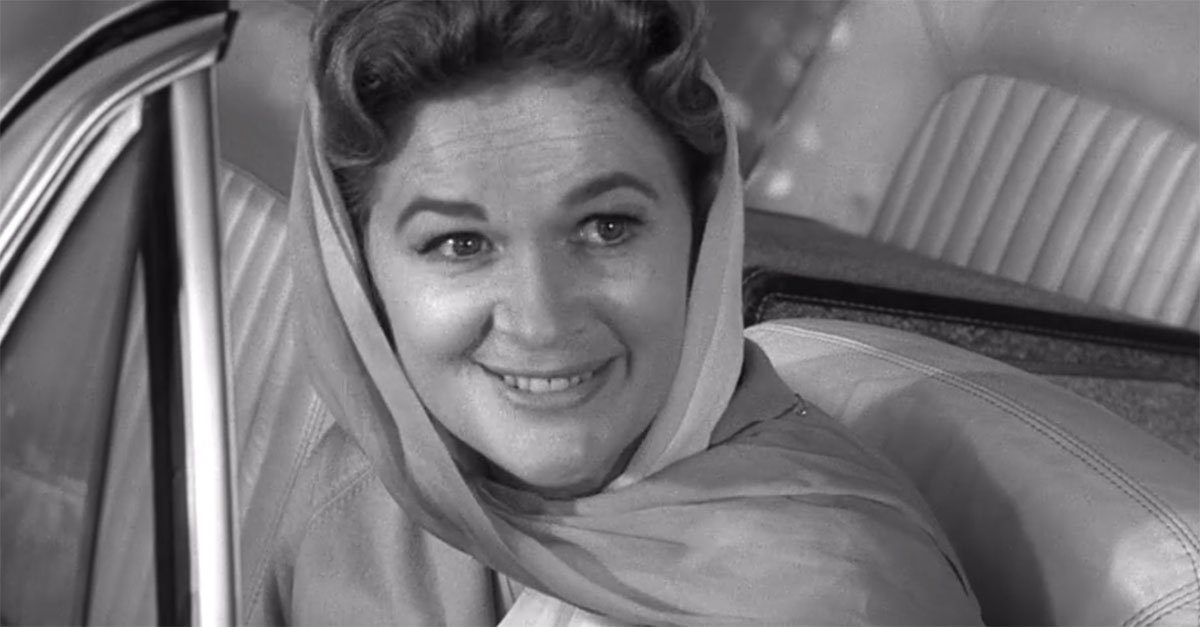 It didn't take long for The Andy Griffith Show to find its legs. In fact, one could argue that it is the rare example of a sitcom that arrived perfectly formed from its premiere, "The New Housekeeper." Television was just better at that back then. So, by the time Sheriff Andy, Opie, Barney and Bee made it to season two, they were humming like a well-oiled comedy machine.

"Andy and the Woman Speeder" arrived early in the second season, just the third episode, and it does feel like a bit of an outlier. Opie and Bee are pretty scarce. Floyd gets a lot of the sidekick action. Barney wears fishing gear through half the episode and sings Frank Sinatra in the final scene. There is a sort of courtroom scene. Andy seems a little sterner. The plot centers around the "Woman Speeder" of the title, a charming traveler named Elizabeth Crowley (Jean Hagen) who ends up in Mayberry's jail.

There might be a good reason why this episode just feels a little different — it essentially recycles the plot to the rather different pilot episode.

If you recall, Sheriff Andy made his debut on The Danny Thomas Show, in a 1960 episode titled "Danny Meets Andy Griffith." In that tale, Danny is passing through Mayberry in his automobile when he lands in jail. Danny is incensed at the fine, which he considers to be small-town extortion. Danny demands to see the Justice of the Peace. Andy obliges — because Andy is also the Justice of the Peace.

This exact set-up and premise plays out in "The Woman Speeder." Elizabeth Crowley gets ticketed when passing through Mayberry. She cries, "Speed trap!" and demands to see the Justice of the Peace. Of course, that is Andy, again.

Andy tosses her in the clink, charging the elegant woman $20 for contempt and $30 for "insulting the dignity of his robe." (Though, he's wearing a flannel shirt, having just come from the fishin' hole.)

It's all an echo of "Danny Meets Andy Griffith." And here's where it gets weirder — Jean Hagen, the "Woman Speeder," played Danny Thomas' wife on Make Room for Daddy, a.k.a. The Danny Thomas Show.

Now, Hagen was not in the episode "Danny Meets Andy Griffith." She had left the series by then. Hagen played Margaret Williams in the first three seasons. She left the show rather acrimoniously, tired of butting heads with her costar. Thomas, in turn, killed off her character — making poor Margaret Williams the first-ever sitcom character killed off on American television.

This is what makes "The Woman Speeder" so funny. The Danny Thomas Show carried on without her — and she ended up basically playing the Danny Thomas role in a remake of "Danny Meets Andy Griffith."

Oddly, Hagen would be the only principal cast member from The Danny Thomas Show to ever appear on The Andy Griffith Show. 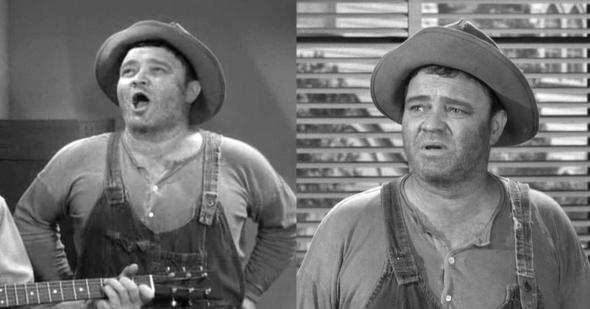 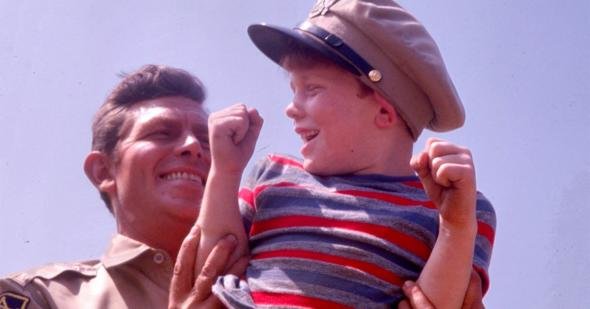 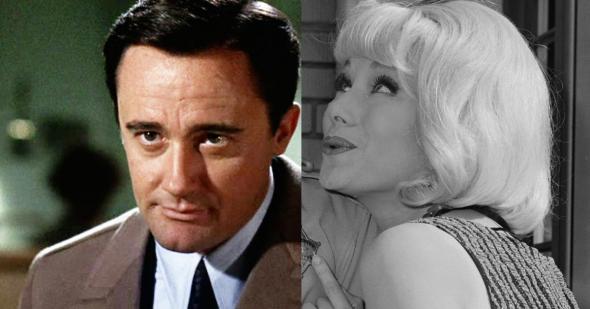 Mayberry
Mayberry's Joyce Jameson was the most ''Fun Girl'' Robert Vaughn ever met
Are you sure you want to delete this comment?
Close

ScottS 2 months ago
Am I the only person who thought the woman speeder was played by Cara Williams? (I'm straightened out now!!!) By the way, I grew up watching September Bride, Pete and Gladys, The Cara Williams Show, Andy Griffith, Danny Thomas, and Make Room For Daddy.
Like Reply Delete

Finlive 17 months ago
I am making a good salary from $1200-$2500/week , which is amazing, under a year back I was jobless in a horrible ADt economy. I thank God every day I was blessed with these instructions and now it’s my duty to and pay it forward and share it with And Everyone, Here For MORE INFO PLEASE Just check this SITE._________wwwcash03.Com

Joe1954 17 months ago
Maybe no one takes the same take of Danny meets Andy Griffith. but Andy essentially played your stereotypical corrupt southern sheriff. The stop sign Danny ran? In the middle of a cornfield, where a road was supposed to but was never built. So, why was the sign even there? And for a cop to be arresting officer and judge? And let's not forget Sheriff Taylor was also the newspaper editor. That practically screams corruption. And the ending where Griffith goes through that bs routine about why Danny should pay the fine (which if I remember correctly, was based on Danny's wealth) and Danny just goes back into the cell and closes the door ignores the fact that the sign had NO BUSINESS being there in the first place! And yes I understand it had to be there for the story. But still, only a corrupt cop would be doing what Sheriff Taylor was doing, which is ironic considering his persona in The Andy Griffith Show.
Like Reply Delete

RedSamRackham Joe1954 13 months ago
* "Haven't you ever heard of suspension of disbelief?" ~ Johnny Depp as Ed Wood ☺
Like Reply Delete

Joe1954 RedSamRackham 12 months ago
You miss the point. But try watching all those Dragnet and Adam 12 reruns, and then tell me that they weren't propaganda. Especially Adam 12!
Like Reply Delete

In the 1920s, Lina Lamont was Monumental Studios' female superstar during the silent days of movies until "talkies" came along... then her high-pitched, New York voice almost spelled certain doom for the studio until Kelly (Don Lockwood) and O'Connor (Cosmo Brown) convince Debbie Reynolds (Kathy Selden) to dub her voice for Lamont.

MadMadMadWorld MrsPhilHarris 17 months ago
I remember the hilarious part of the movie where the director is telling her how and where to talk into the hidden microphone. And, of course, the great songs and dancing. Debbie Reynolds (then only 20, in 1952), said it was one of the hardest things she did in showbiz, learning all those fantastic dance moves. Donald O'Connor's mouthing (lip sync) was also memorable, as was his and Gene Kelly's dancing synchronized (with Debbie) all together. They made it look so easy, and that is why it was so difficult to do, making it look easy proves it!
Like Reply Delete

lynngdance justjeff 17 months ago
Yeah! I love that movie! I’ve seen it at least ten times! 😁
Like Reply Delete

By the way, it was producer Arthur Freed's idea to take his song catalog (he co-wrote all of those songs with Nacio Herb Brown during the 1920s and 1930s) and develop a story around the movie industry adapting to talkies in the 1920s. He had Betty Comdon and Adolph Green write the script and incorporate the various songs at key spots in the film. However, "Make 'em Laugh" was a rewrite of Cole Porter's "Be A Clown" from the Gene Kelly Film "The Pirate".

"Make 'Em Laugh" is a song first featured in the 1952 MGM musical film Singin' in the Rain, energetically performed by Donald O'Connor. Written by Betty Comden and Adolph Green, the screen writers of the movie, the song is closely based on Cole Porter's "Be a Clown" from the 1948 MGM musical film The Pirate, in which it was sung by Gene Kelly and Judy Garland.

O'Connor's performance for "Make 'Em Laugh" is noted for its extreme physical difficulty, featuring dozens of jumps, pratfalls, and two backflips. Hollywood legend states that O'Connor, though only 27 years old at the time but a chain-smoker, was bedridden for several days after filming the sequence. This high degree of difficulty has made the original routine a tour de force in physical comedy.

JHP 17 months ago
Andy tosses her in the clink, charging the elegant woman $20 for contempt and $30 for "insulting the dignity of his robe." (Though, he's wearing a flannel shirt, having just come from the fishin' hole.)

Just hope Andy had his fishin license
Like (3) Reply Delete

RedSamRackham JHP 13 months ago
* On another episode Andy reimbursed a local merchant who got stuck with counterfeit cash with money from his own pocket. Real cops don't do that. ♣
Like (1) Reply Delete

stephaniestavropoulos 17 months ago
What seems like METV doesn't make clear, is that it reads like Danny is the one that wanted Jean to go. It was Jean that wanted to leave, {yes, the story does say they "butted heads,"} but it was Jean who wanted to leave. Danny didn't want her to go, because he felt the show wouldn't survive without her. But he decided to, {as we all know,} soldier on and continue the show. I tried to find out particulars as to what, exactly, they fought about, but haven't found anything. That doesn't mean the information isn't on the world wide web someplace.
Like Reply Delete

Stoney 17 months ago
"She left the show rather acrimoniously, tired of butting heads with her costar. Thomas, in turn, killed off her character — making poor Margaret Williams the first-ever sitcom character killed off on American television."

That must have been a seriously acrimonious exit, for Thomas to go that far to make sure her bridge was burned behind her when she left!
Like Reply Delete

ncadams27 Stoney 17 months ago
I think the likely reason was that when Jean Hagen left they needed someone to play Danny’s wife. They could have hired another actress to play Margaret like they did with their older daughter Terry. But I think they decided a new wife with a younger daughter would solve two problems- how to replace the wife and older daughter who was outgrowing her role. A new baby would take too long to grow up and divorce was taboo. But think of Andy Griffith and My Three Sons - their wives likely died, the only difference being these shows started with them already “dead”. So what happened to Kathy’s previous husband?
Like (1) Reply Delete

MrsPhilHarris ncadams27 17 months ago
I’ve wondered about her first husband too.
Like Reply Delete

ncadams27 MrsPhilHarris 17 months ago
Always glad to hear from you Alice.
Like Reply Delete

Wiseguy Stoney 17 months ago
If their relationship was that acrimonious, I'm sure Thomas could have blocked her appearance on The Andy Griffith Show (which was made in association with Thomas) for whatever reason, real or invented.
Like Reply Delete

BigSkyMax ncadams27 17 months ago
It was either quicksand or amnesia. These were common plot fixers in the 50s and 60s.
Like Reply Delete