Andy Griffith: "We better do something for Jim Nabors!" 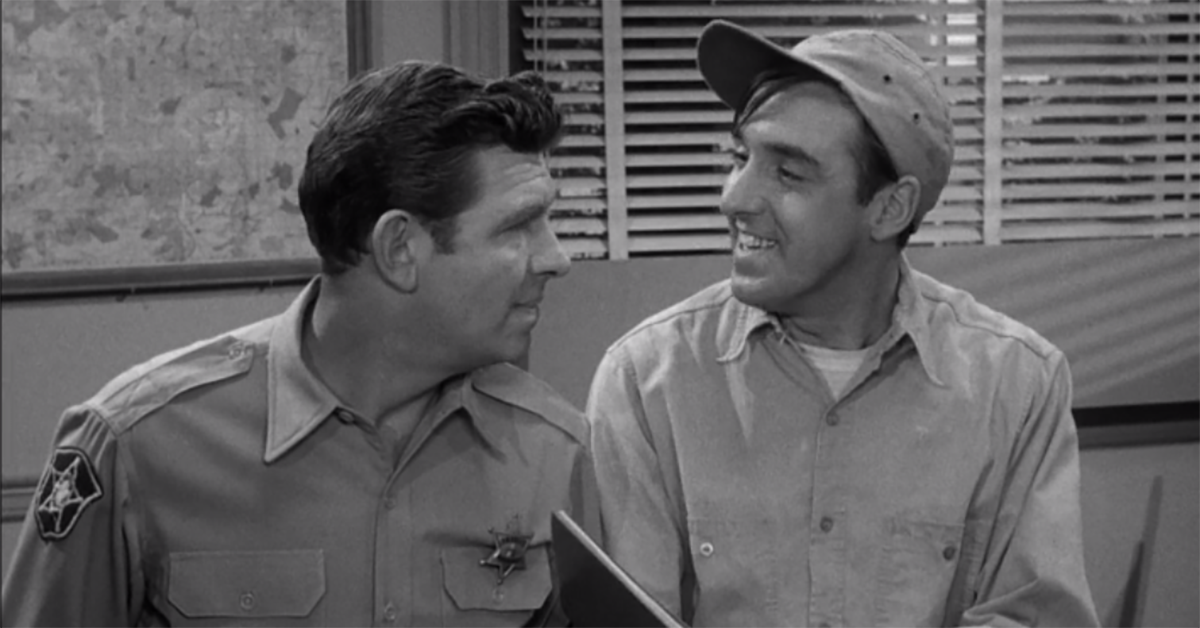 Mayberry is a place full of total characters. Every fan of The Andy Griffith Show knows this. But when Gomer Pyle came to Mayberry, he gave even Barney Fife a run for his money as the maker of Mayberry's absolute funniest faces. Yet for all the expressions the actor Jim Nabors conjured to bring Gomer Pyle to life, it was the actor's singing voice - beautiful and commanding - that Andy Griffith said changed just about everything when it came to Nabors' career. According to Griffith, "He had this extra talent."

It was that little bit extra that gave Griffith a rather big idea. "And I went in Aaron [Ruben]’s office, and I said, ‘Aaron, we better do something for Jim Nabors because he’s about to bust out, and somebody’s going to if we don’t.’" At the time, Ruben was pretty busy as a producer and co-creator of The Andy Griffith Show, but he saw what Andy saw, and according to Griffith, Ruben said, "The only thing I know is to put him in some slick runny outfit that he can goof up."

Inspired by Griffith's TV production No Time for Sergeants, Ruben decided to send Gomer to the Marines. In an interview with the Archive of American Television, Ruben said, "Where do you put a guy like Gomer? I thought that that conflict, the juxtaposition of these two unlike subjects, a guy like Gomer and the Marines, would make for some pretty good comedy."

To make extra sure Ruben was headed in the right direction with Nabors, he even asked an actual Marine if there were any guys like Gomer in his unit. According to Ruben, the Marine laughed in response and invited him back to training. He'd see a few Gomers in the field, the Marine assured him. With that, Ruben said, "Gomer became a generic term.” 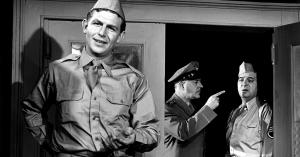 Did you know?
Andy Griffith's first television appearance was basically the template for Gomer Pyle

With his concept in hand, Ruben pitched the idea to CBS, but the president at that time was Jim Aubrey, whose idea of great programming usually centered around attractive leading ladies, and he didn't really see a place on his lineup for another goofball, when he already had Gilligan and Jethro on his block. According to Lee Rich, the guy who was in charge of setting up ad sponsors with shows, Jim Aubrey doomed Gomer right from the start, proclaiming, "This will never get on the air."

Yet it did. Lee Rich is exactly the one to know the reason why Gomer Pyle, U.S.M.C. ended up on TV: "General Foods picked up the phone and called, and the show was on the air."  At the time, General Foods was the big advertiser, so what they said went, and they, too, agreed with Andy: Gomer Pyle is a star.

And audiences absolutely ate him up, just like the cereals and other stuff the giant company sold in their commercials. "They loved him," Ruben recalled of TV audiences, and as the creator of the character, he's just the guy who knows the reason why: "[Gomer Pyle] was not stupid. And he really wasn’t a clumsy goof. He just did things his own country way."

Did you know?Nostalgia1960s
A Carolina accent got Elizabeth MacRae cast as Gomer Pyle's girlfriend

Tim 11 months ago
Such an awful show. Painful to watch!
Like Reply Delete