Clint Howard, Betty Lynn and "the prettiest girl in the first grade" return to Mayberry for the annual festival. 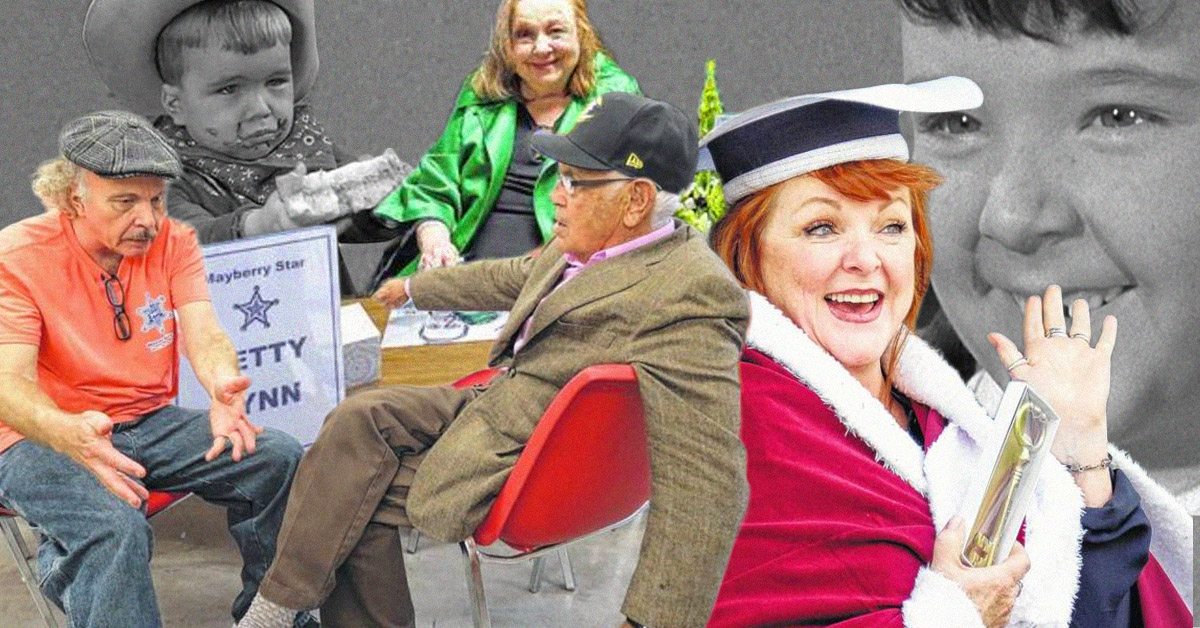 For nearly three decades, the quaint town of Mt. Airy, North Carolina, has celebrated its most famous son — not to mention his friends and family. The annual Mayberry Days Festival recently wrapped up its 28th annual celebration of all things The Andy Griffith Show.

Surviving cast members of the beloved sitcom, as well as its spin-offs Mayberry R.F.D. and Gomer Pyle, U.S.M.C., flock to the all-American hamlet near the Virginia border, the place that served as the inspiration for the fictional city of Mayberry. Mayberry Days deliver everything from parades to feasts to one-woman shows from Don Knotts' daughter.

This year, Clint Howard, the brother of Ron who played little Leon on the series, and Joy Ellison, better known as "the prettiest girl in the first grade," at least according to Opie, were honored guests in Mt. Airy. In addition, festival favorite Betty Lynn, the actress who portrayed Thelma Lou, interacted with fans.

Other special guests included Bettina Linke, the wife of Richard O. Linke, the former manager of Andy Griffith and associate producer of the show. Ronnie Schell, who popped up a couple times on The Andy Griffith Show before landed the supporting role of Duke Slater on Gomer Pyle, was also there. You can see him chatting with Clint Howard in the photo above, in the lower left.

Ellison, a newcomer to the Mayberry Days festivities, was dubbed Miss Mayberry and crowned with an upside-down hat, just as her character was half a century ago in the season one episode "The Beauty Contest."

“I didn’t dream all my life to be an actor. It was a day I didn’t have to go to school,” Ellison recalled to The Mount Airy News.

Any devoted fan of The Andy Griffith Show should make an effort to visit Mayberry Days. If not, you can always revisit Mayberry and your memories on MeTV.