''If you know the design of the house, you can see it. He filmed on our set one day.''

People tend to forget some childhood memories, but one thing Jerry Mathers won't forget is working with Alfred Hitchcock. Hitchcock might've been a big star, one who was driven around in a luxury car, but he treated everyone equally.

In an interview with the Television Academy, Mathers revealed the first time he met the suspense genre icon, at a production before the child star was on Leave It to Beaver.

"I had done my part, and my mom said I came off the stage. I was in another scene a few minutes beyond that one, so instead of taking me back to the dressing room, they stood me backstage and had my mother there so I wouldn't make noise or anything," he began. "I decided that I wanted a drink of water. So, I pulled on my mom's skirt and said, 'I want a drink of water.'"

Mathers' mother told him to be quiet and that he would get water later because the people on set were about to film, and that's when Hitchcock saved the day. "I guess Alfred Hitchcock was standing over there getting ready to do this commercial, and [he gestured for me to come over]. He got me the water very quietly and gave it to me." 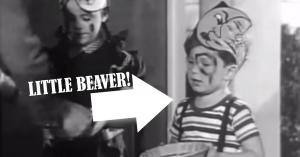 Hitchcock didn't say a word to the young actor while handing him the beverage, but not too long after, maybe a few weeks later, Mathers got called to Paramount where he met the legend again. As Hitchcock ate, he asked the young actor if he remembered him. "I said yes, and he said 'alright.'"

They worked together on a film called Trouble With Harry. He also recalled the filmmaker being the only person to call him Mr. Mathers.

"Many years later, when I was doing Leave It to Beaver, he would always come by, and I would see this big Rolls Royce. All of a sudden, the window would roll down, and I would hear 'Hello, Mr. Mathers,''' the actor said. "And that would blow me away because [to] everyone else I was just Beaver or Jerry. But Alfred Hitchcock always called me Mr. Mathers."

He added, "One of the intros for Alfred Hitchcock Presents was done in the Cleaver living room. They took out all of the furniture, but if you know the design of the house, you can see it. He filmed on our set one day." 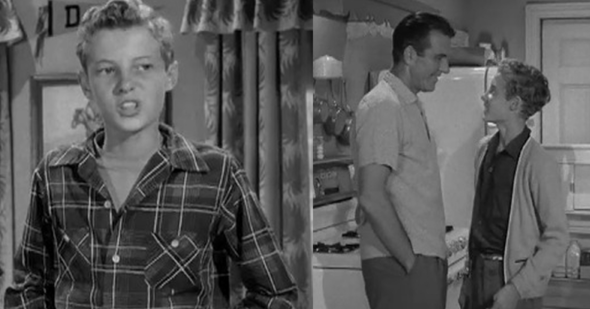 Leave It to BeaverKen Osmond
Ken Osmond might've played Eddie Haskell, but he was more like Ward in real life 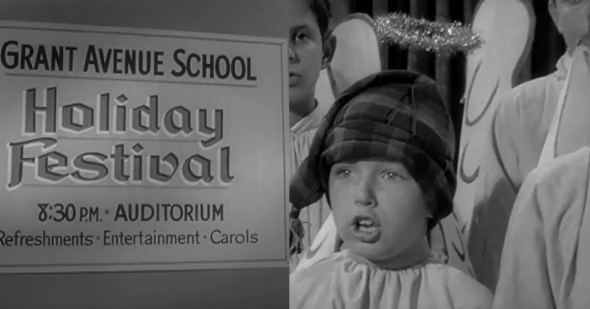 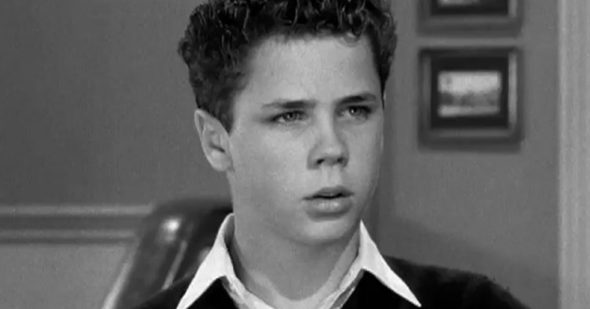 Leave It to BeaverTony Dow
Tony Dow's wife once accidentally called him Wally while dating
Are you sure you want to delete this comment?
Close

HerbF 1 month ago
Both shows were Revue/MCA television - first shot over at what is now Studio City (last days as Republic) and then at Universal Studios - but they only owned the lot, not the Film Production Company - so they had limited standing sets at both lots...so that is why you'd see standing sets for LEAVE IT TO BEAVER and BATCHELOR FATHER pop up on "Hitchcock" (and "Thriller") - especially since the kids could only work a few hours a day.
Like Reply Delete

Catman 1 month ago
Great story. Thanks!
Like Reply Delete

World_Famous_Beaverpeida 1 month ago
I like how in the first two seasons of LITB, that they used the same exterior for a house that Connelly and Mosher used on their previous TV series. I talk about that in my new nearly 500 page book, "The World Famous Beaverpedia."
Like Reply Delete

Runeshaper 1 month ago
That’s so neat!
Like Reply Delete

LoveMETV22 1 month ago
It would have been cool if MeTV posted (a/the) photo, or video-clip of:

" One of the intros for Alfred Hitchcock Presents was done in the Cleaver living room."

I'm sure the intro clip is somewhere. Would have been a nice extra to the article.

ETristanBooth LoveMETV22 1 month ago
The Beaver set was used for the Hitchcock Hour episode "How to Get Rid of Your Wife" with Bob Newhart. You can see it here: https://therokuchannel.roku.com/watch/a906987e66a7555493613ba50e72d8a5
Like (1) Reply Delete

cperrynaples 1 month ago
Hmm..I wonder if seeing Mathers in a skirt inspired Psycho...LOL! Yes, of course I knew it was a novel first! Hitchcock never used original stories because he wanted to see the stories in his mind and plan his camera shots!
Like (1) Reply Delete

MrsPhilHarris cperrynaples 1 month ago
In a skirt? Did I miss something?

Sway MrsPhilHarris 1 month ago
No, you didn't. He was pulled on his mom's skirt not put it on. cperrynaples may have read it wrong.
Like Reply Delete

MrsPhilHarris Sway 1 month ago
Lol I think he did read it wrong.
Like Reply Delete