Where To Watch Shop Store Contact
Home / Stories / According to this Green Acres episode, everyone in Hooterville loved watching Gomer Pyle, U.S.M.C.
Did you know?

According to this Green Acres episode, everyone in Hooterville loved watching Gomer Pyle, U.S.M.C.

Characters from Petticoat Junction said they like Gomer Pyle on Green Acres.

September 28, 2020, 4:03PM By MeTV Staff
On Now
Everyone in Hooterville loves watching Gomer Pyle!
Up Next:
Share

No one could ever accuse the wacky 1960s sitcom Green Acres of being conventional. It loved to break the fourth wall and add meta touches winking at the audience. A running gag made characters in the show aware of the credits at the beginning of certain episodes. The pilot episode was even staged like a mock news program about main character Oliver Wendell Douglas’ life.

In "Parity Begins at Home," Oliver wants to plant wheat on all 160 acres of his newly acquired farm. Unfortunately, the local government committee informs him that he's more than welcome to do so but he can only sell wheat from eight acres — not the full 160.

Furious, Oliver recalls his time as a lawyer and gathers the residents of Hooterville for a protest meeting in Sam Drucker's store. The small crowd includes characters like Newt Kiley and Grandpappy Miller from Petticoat Junction, which took place in the same shared fictional world.

Oliver tries to rally his fellow farmers to his cause but all they want to do is go home and watch Gomer Pyle, U.S.M.C. (which, like Green Acres, aired on CBS at the time).

In the end, the farmers sign a petition and send it to Washington, D.C. The show slips in one last Gomer Pyle reference when it cuts to two men in Washington looking at the petition from Hooterville, a town they think sounds made up. One of them quips, "Newt Kiley? Sounds like a character on Gomer Pyle." 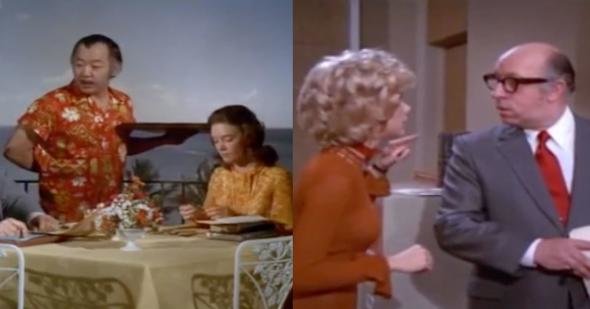 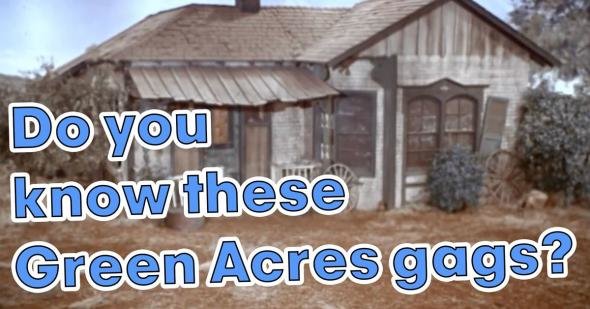 Can you complete these running gags from Green Acres? 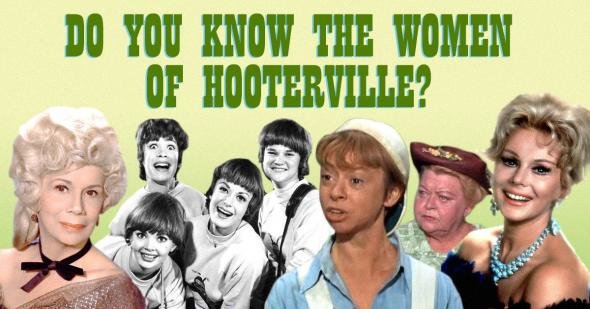 Trivia
How well do you know the women of Hooterville?
Are you sure you want to delete this comment?
Close

stephaniestavropoulos 28 months ago
I would have liked to have seen Mr. Haney try and sell something to Gomer and Vince. He would have {probably} had instant success w/Gomer, but Vince would more likely as not resist Mr. Haney's sales charm, and call Gomer a "knucklehead" for having bought whatever he had. Then, as has happened, SC does give in and fall for what/whomever. But, GP had its own resident con man in Friendly Freddy. If not Vince and Gomer, I would like to have seen Mr. Haney try and sell something to the Marines in general. I can just see him driving onto the Camp Henderson base, and saying to the first pidgeon {that is if he was able to charm his way past the guard at the gate;} that he overhears talking with another Marine and that would listen to him, say what he has said so many times to Oliver: "I have just what you need on my truck." {Or words to that effect.}
Like (2) Reply Delete

MrsPhilHarris 28 months ago
I remember another episode where the farmers were sitting around listening to Oliver pontificate and someone mentioned they were missing Gomer Pyle or Arnold was home watching the show. It was one of the later episodes.
Like (1) Reply Delete

Moriyah 28 months ago
I love that you chose this story! Because I never knew he was mentioned on that show until late last week!
Like Reply Delete
Load previous comments

Pacificsun LoveMETV22 26 days ago
How did you find it?
Like Reply Delete

Moriyah LoveMETV22 26 days ago
Thank you! I enjoy chatting with y'all too! And I hope next year is gonna be good!

Sometimes it's curious how the MeTV Staff use images. Personally I like the Quads! But in this case, was there purpose in putting these two side by side.

So for a sitcom that's going to be using 6 hours of MeTV time, instead of swapping timeslots, there are 5 Viewers commenting on Donna Douglas' story. Granted, the holidays, I get it. But DD has always been a draw. Beauty, brains and critters.

I wonder when/how they'll frame a story around Nancy Kulp. She accomplished way more than I imagined, because I'd never researched, probably until this website. There is a rich background to her celebrity career, and beneath a persona she played consistently. Being curious, Wiki fills in a lot of details.
https://en.wikipedia.org/wiki/Nancy_Kulp

She was another of the classic TV actors we enjoy on MeTV today, who lived through sensitive times regarding public image. There is credit in her desire to be unique and talented.