A miniature "Walk of Fame" is under threat in downtown Denver. 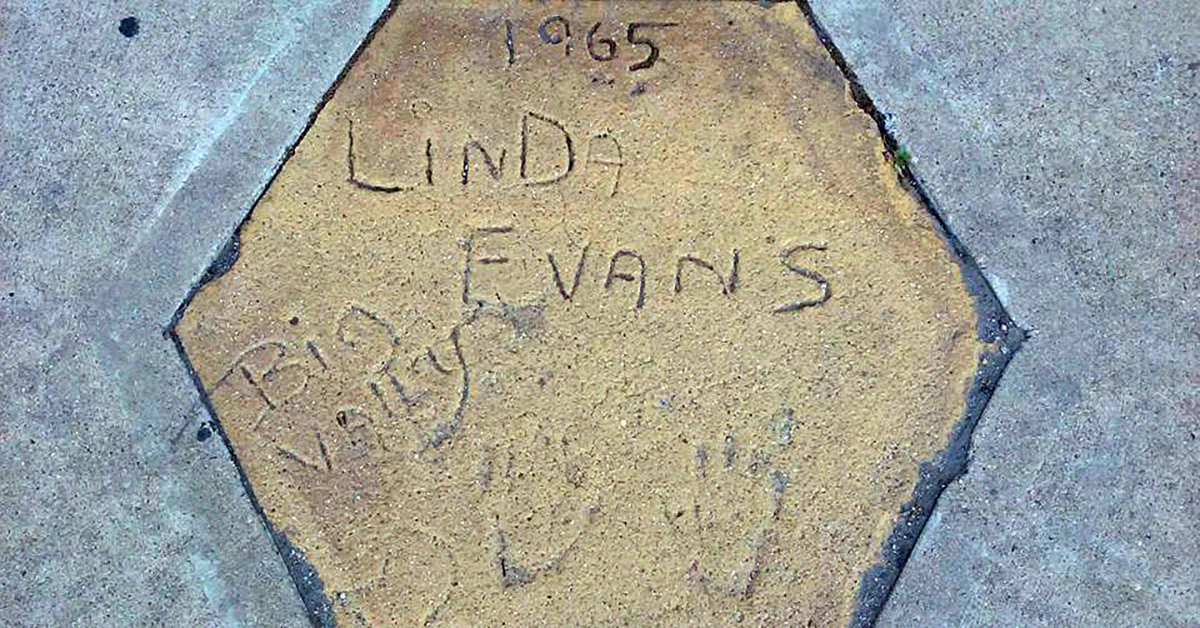 In the 1960s, the local television station in Denver, Colorado, thought it would be fun to create its own Hollywood Walk of Fame a mile high in the Rockies. KBTV was the second television station to sign on in the city, moving its headquarters to a former car dealership at 1089 Bannock Street. The station was an affiliate of both DuMont and ABC in its earliest days. (It now goes by the call letters KUSA.) However, as DuMont was not long for the world, it became an ABC station in the '60s.

During that time, stars from the network would visit the studio on Bannock Street. So, when a celebrity popped in, KBTV would pour a wet slab of colored concrete to make a pressing of the actor's hands, feet and signature. The slabs were placed on the sidewalk around the building, much like the famous Grauman's Chinese Theatre in Los Angeles. However, these were charmingly a little more adolescent looking.

Everyone from Linda Evans of The Big Valley to Bill Bixby of The Courtship of Eddie's Father pressed their flesh into the wet cement. Other celebs on the sidewalk included Chuck Connors and Jackie "Uncle Fester" Coogan.

The imprints in concrete are not long for this world. Sadly, these little slabs of history are likely to be lost to a wrecking ball.

The building's most recent resident was Rocky Mountain PBS. The public broadcasting station is moving into a sleek new building in the Arapahoe Square neighborhood. In 2015, RMPBS applied for a “certificate of non-historic status” with the city of Denver, which would “allow a demolition application to be processed without further review by Landmark Preservation for a period of five years.”

Unfortunately, the celebrity imprints have not been maintained through the years, so several slabs have rotted away with time and the Rocky Mountain elements.

Some, like The Rebel star Nick Adams' imprint, have began to crack with age.

For this writer's part, I have contacted the powers that be to try and save this classic collection. So far, no luck. For some, it is far too late.

So, enjoy this rarely seen part of television's past before it makes way for progress — and a new building to take its place. Check out some of the imprints below.

William Frawley of I Love Lucy and My Three Sons 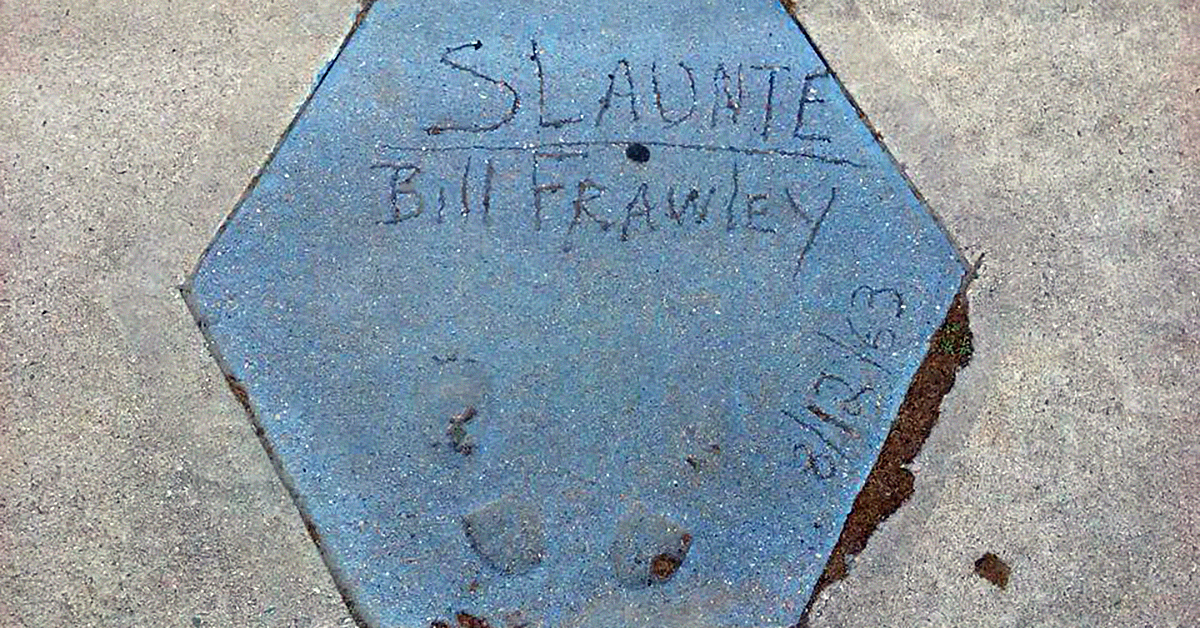 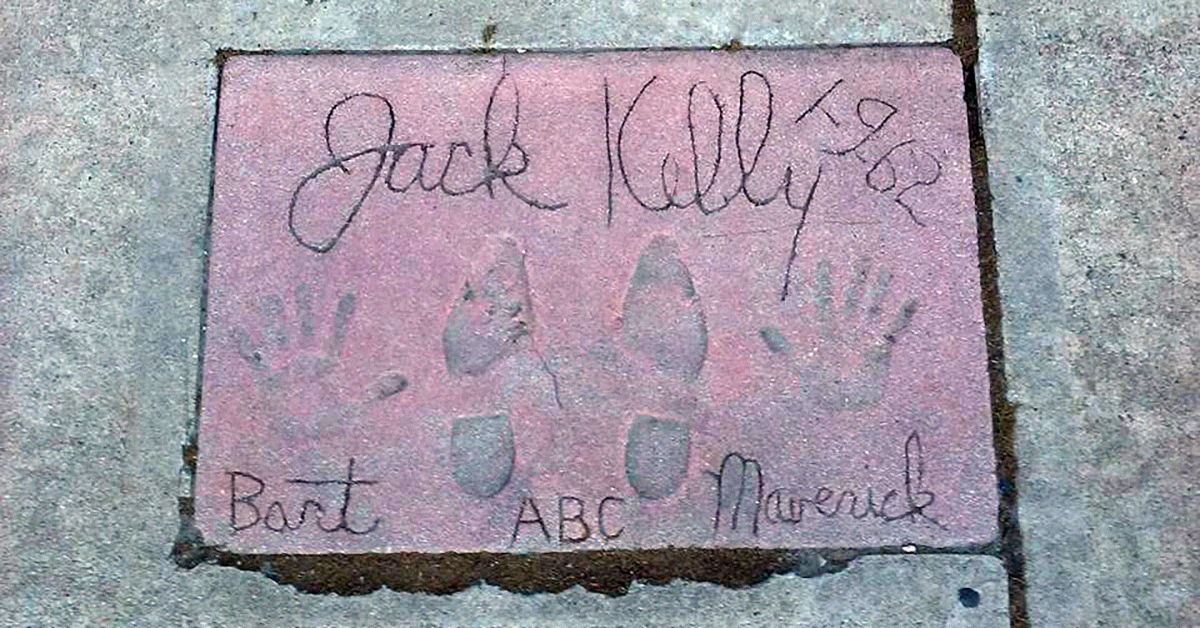 Nick Adams of The Rebel 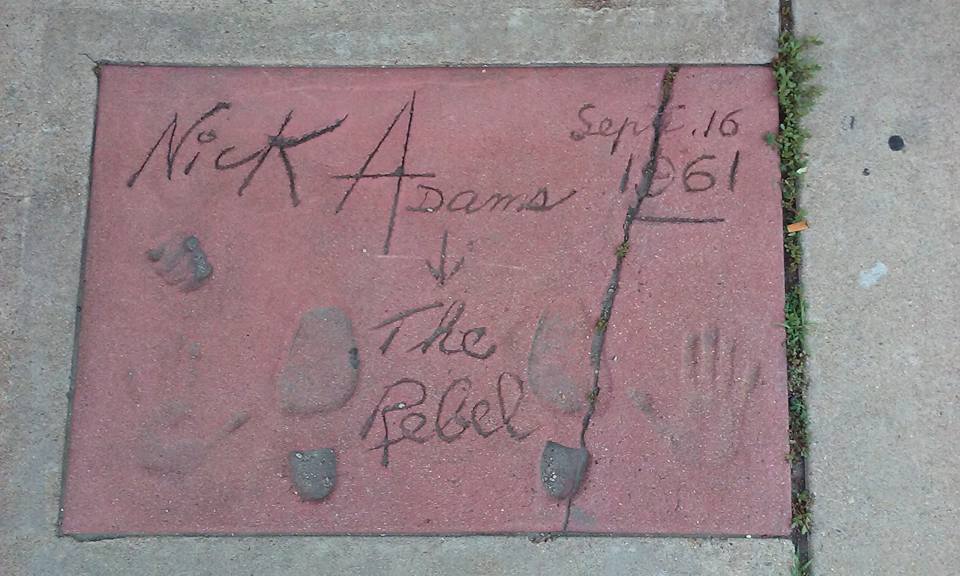 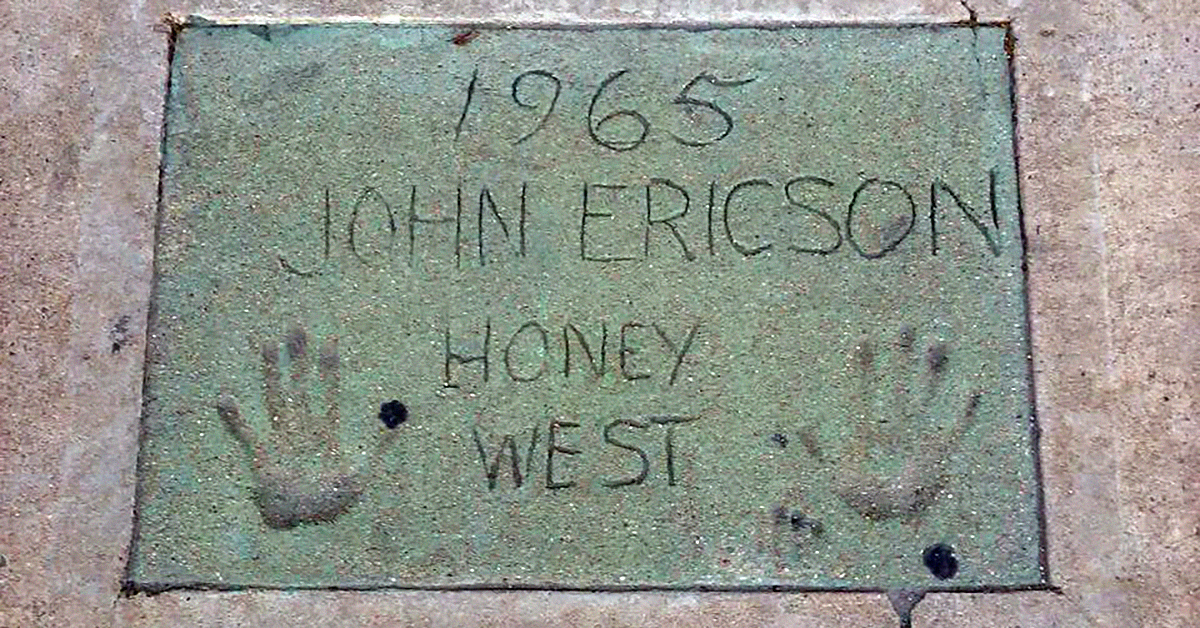 Jackie Coogan of The Addams Family 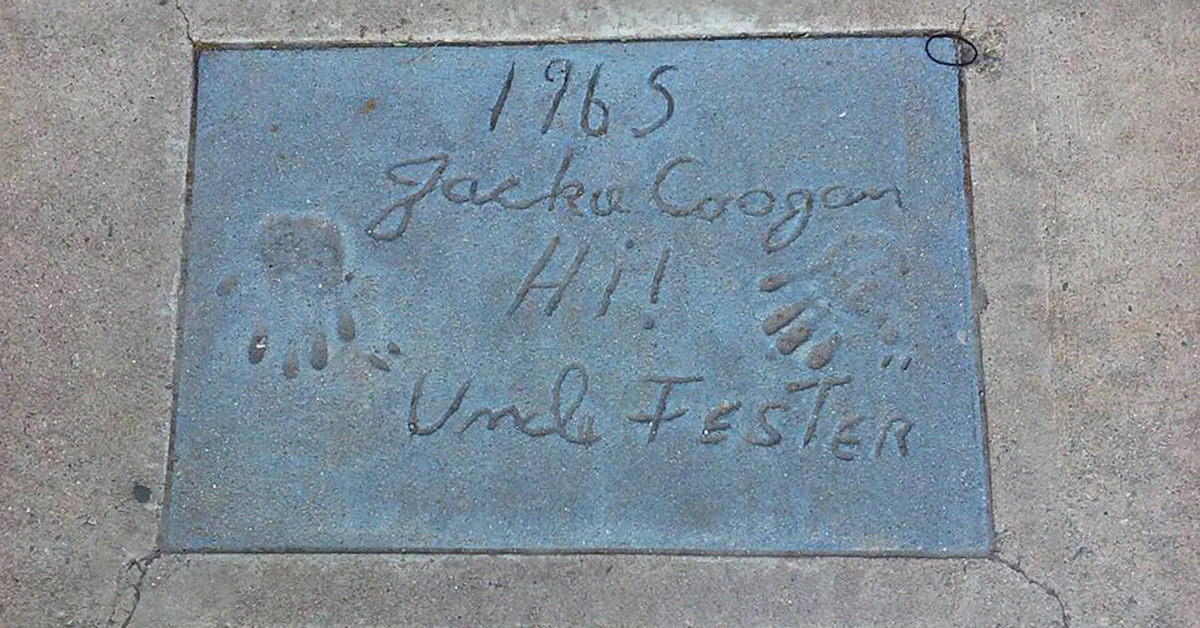 RonaldBax 28 months ago
This story makes me think of something similar at the old Westminster Plaza Shopping Center at 74th and Federal. During the 1980s, long after the shopping center’s 60s and 70s heyday, a Peaches record store moved into one of the center’s spaces. Outside the Peaches store, in the concrete, were the hand- and footprints and signatures of all sorts of 80s pop stars. The only one I remember is Eddie Money, but there were many others. In the late 90s (I think) the shopping center was razed and the entire corner redeveloped. Not a word was ever said about the celebrities in concrete—I don’t think anyone ever thought about it—and all that history was destroyed. Sad, just like this story is sad.
Like Reply Delete