Where To Watch Shop Store Contact
Home / Stories / A house in California is known as The Flintstone House because, well, it is!
news1960s

A house in California is known as The Flintstone House because, well, it is!

Can you imagine Fred pounding down this door? 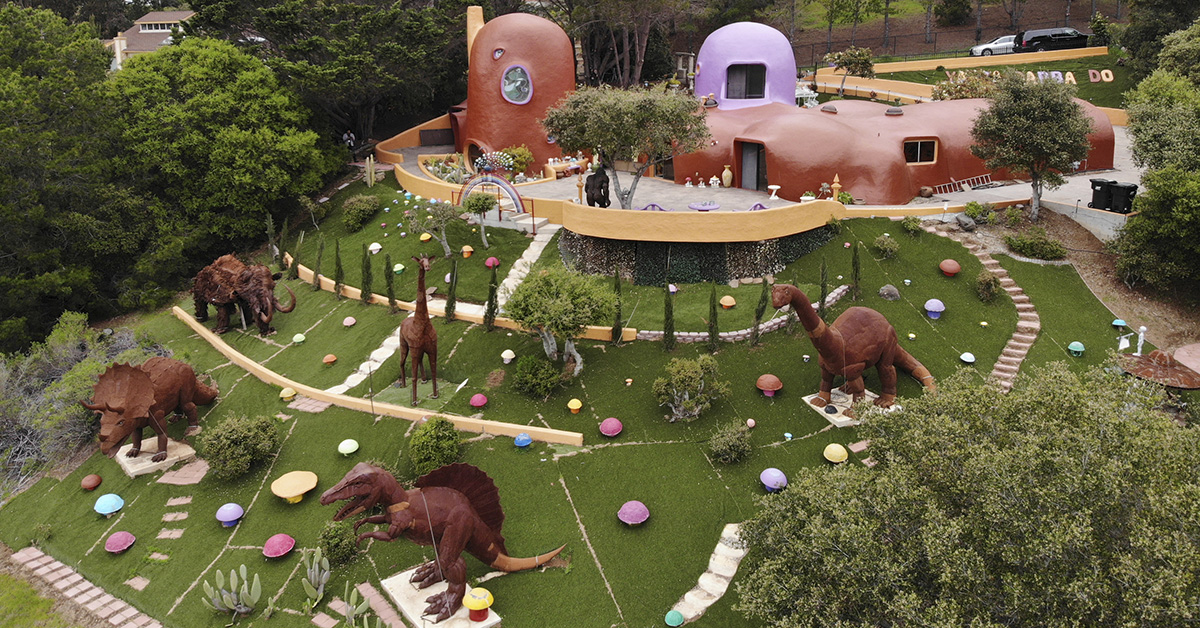 Florence Fang grew up watching all of the classic cartoons: The Jetsons and, of course, The Flintstones. The "modern Stone Age family" held a very special place in Feng's heart, so much so that as an adult, she decided to model her home off of that longtime affection.

Her inspiration sprang from the first encounter that Fred has with Dino. The moment of man meeting beast helped Fang to find the feeling she wanted to exude with her home.

Fast forward, and now these characters live on her front lawn. Fred and Wilma are posed proudly in front of the home, along with their best friends Barney and Betty Rubble, not to mention giant letters reading "Yabba-Dabba-Doo" like a Hollywood sign on the grass. You can even find Dino all over the lot. 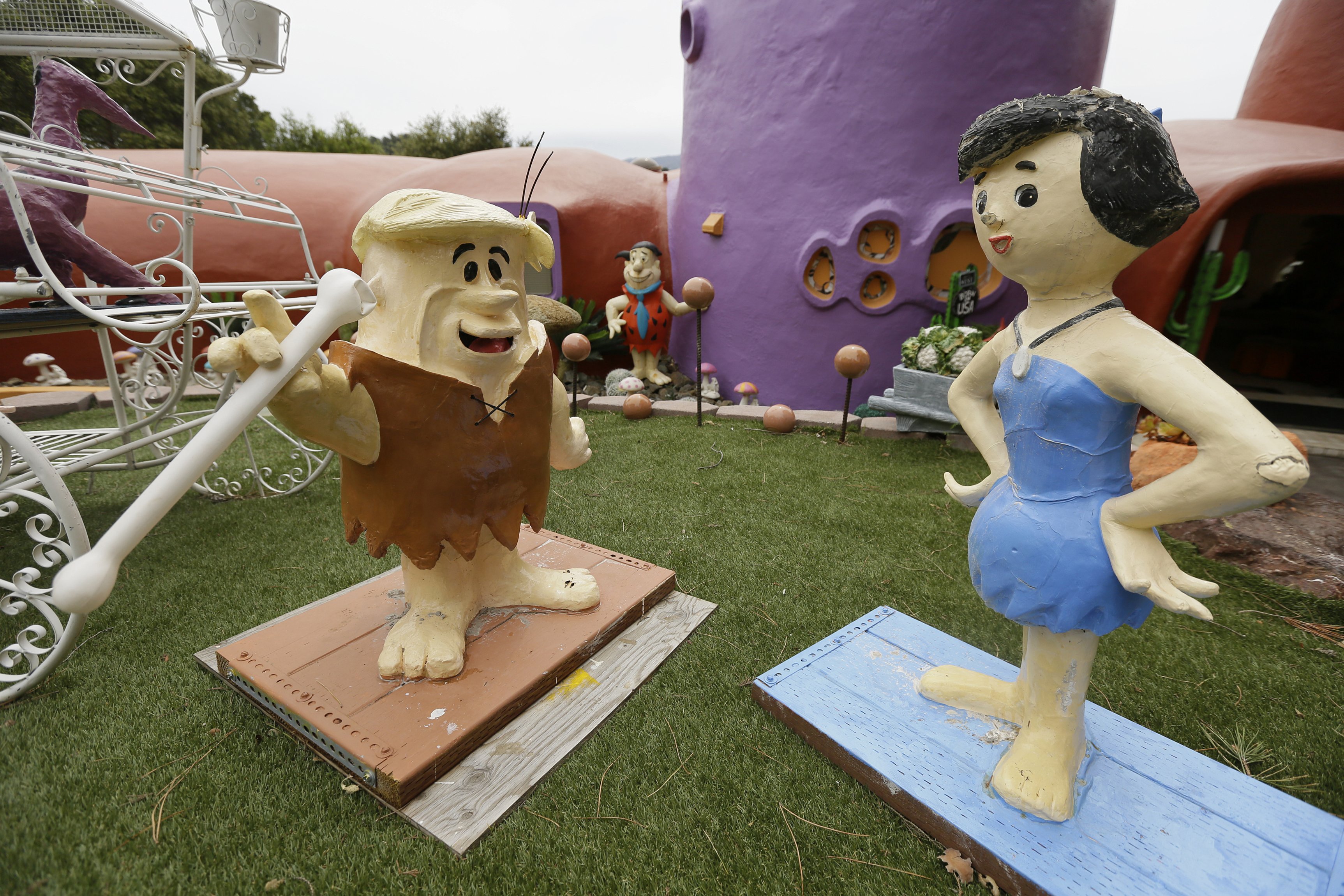 AP Photo / Eric RisbergBarney and Betty Rubble on the lawn of the Flintstone House with Fred in the backgorund.

The cartoon families are not alone. The tiered lawn also features a metal zoo of sorts, filled with 15-foot-tall metal dinosaurs, a plethora of space-themed pieces to honor the Great Gazoo, a bronze statue of Bigfoot, multiple fields of concrete mushrooms, and an even taller Fred statue to keep everyone in line.

“I wanted to decorate with the past and the future combined together in harmony,” Fang explained in an interview with The Guardian. Fang purchased her house in 2017.

Her initial thought was to plant tasteful cherry trees around the property, which is located in Hillsborough, California, just south of San Francisco. After friends warned her that this may not be a good idea — all that fruit would attract wildlife — she realized that the new property was a blank slate (forgive the pun).

The 2,700-square-foot dwelling was originally constructed in 1976 as an experiment with domed buildings. The home boasts three bedrooms and a unique design that you don't see in most houses today.

In a short documentary made in 2018, Fang revealed that the interior structure was made using an industrial-size party favor. 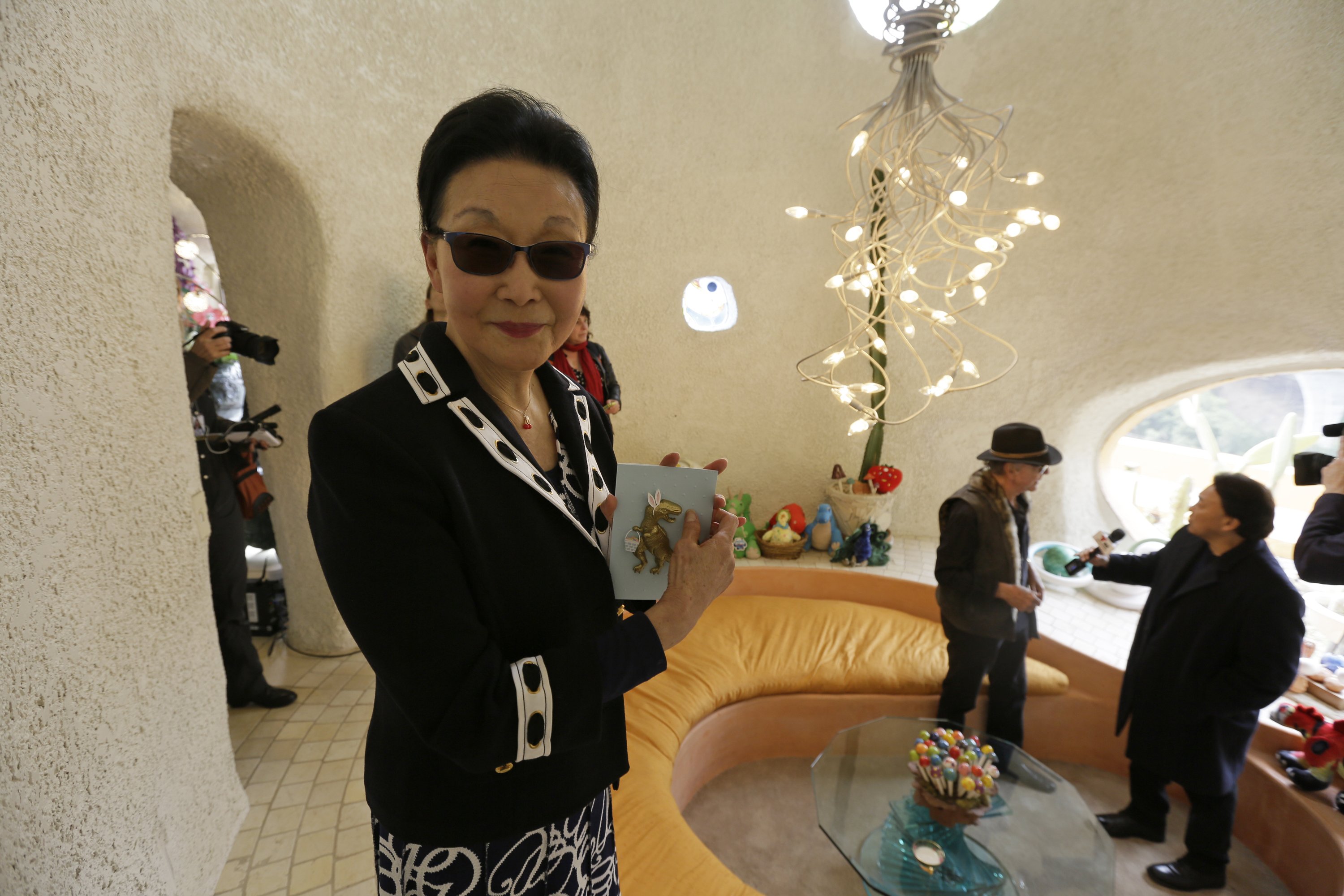 "They built this house by balloon," Fang shared in the short film. The process was something like paper mâché, only with stucco. She indicated that the various sizes of the windows, rooms, and cubbies found in the home were "all the different ballons… Then they used rebar to make the shape, then they sprayed the stucco. Then, they popped the balloons."

So how do you keep the spirit of a house so steeped in a pop culture reference alive and thriving? Fang keeps it simple.

Check out more photos of her house. 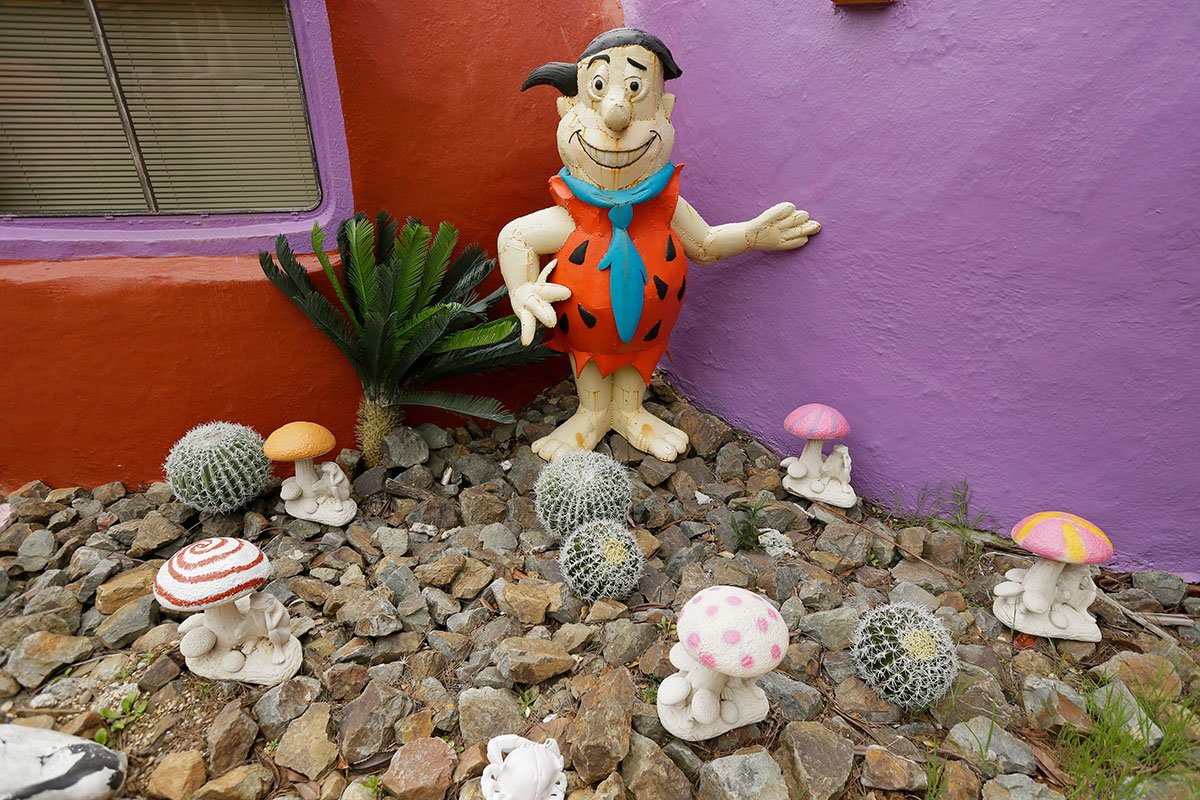 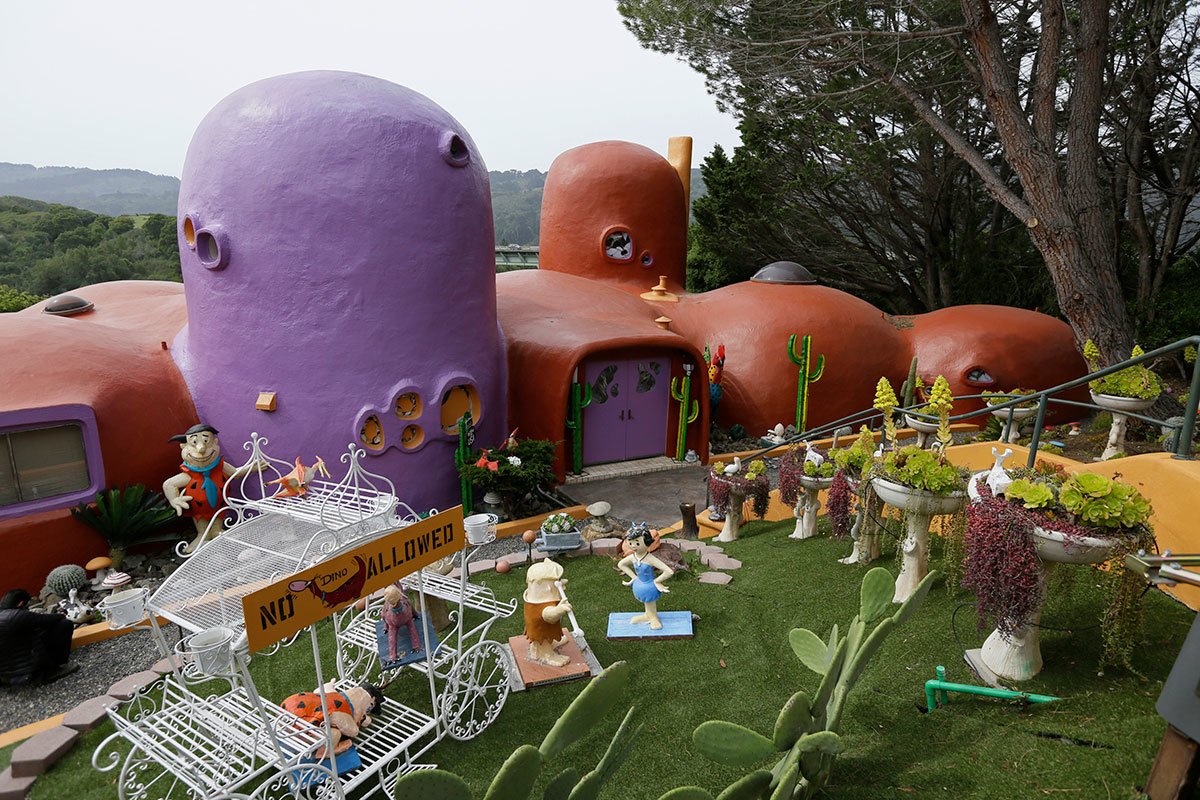 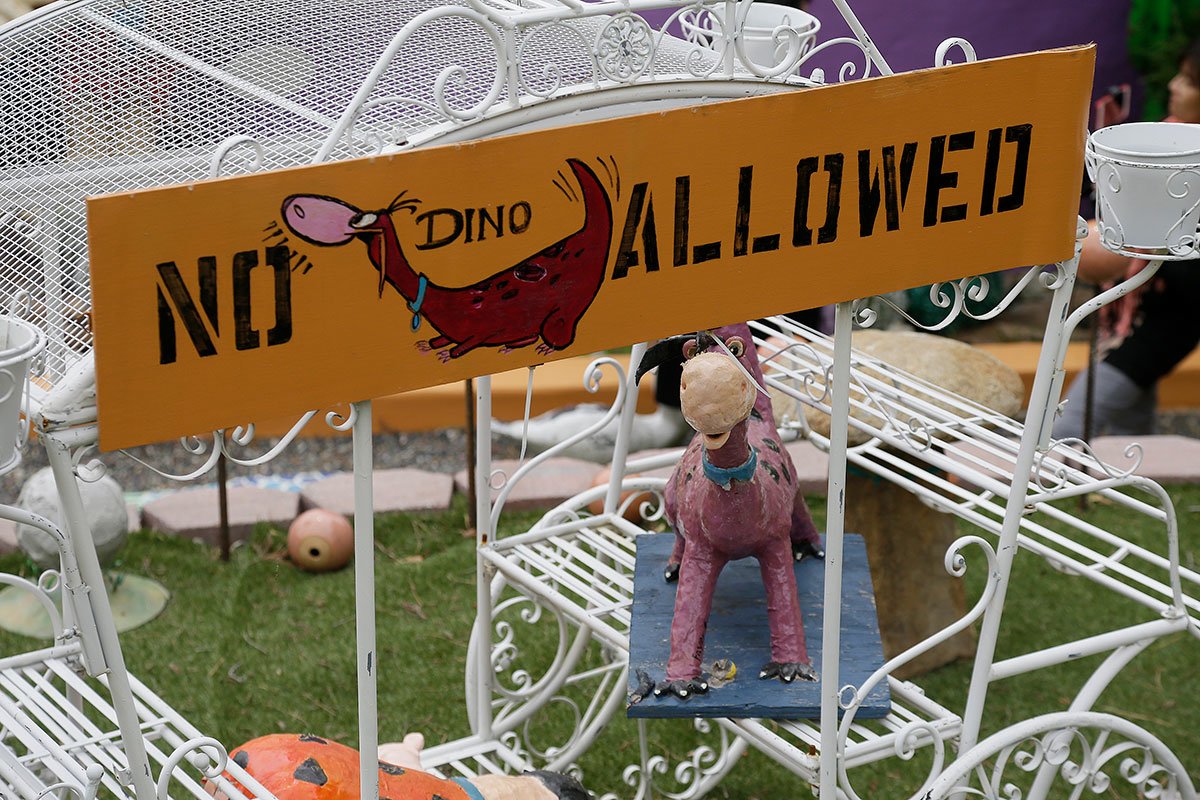 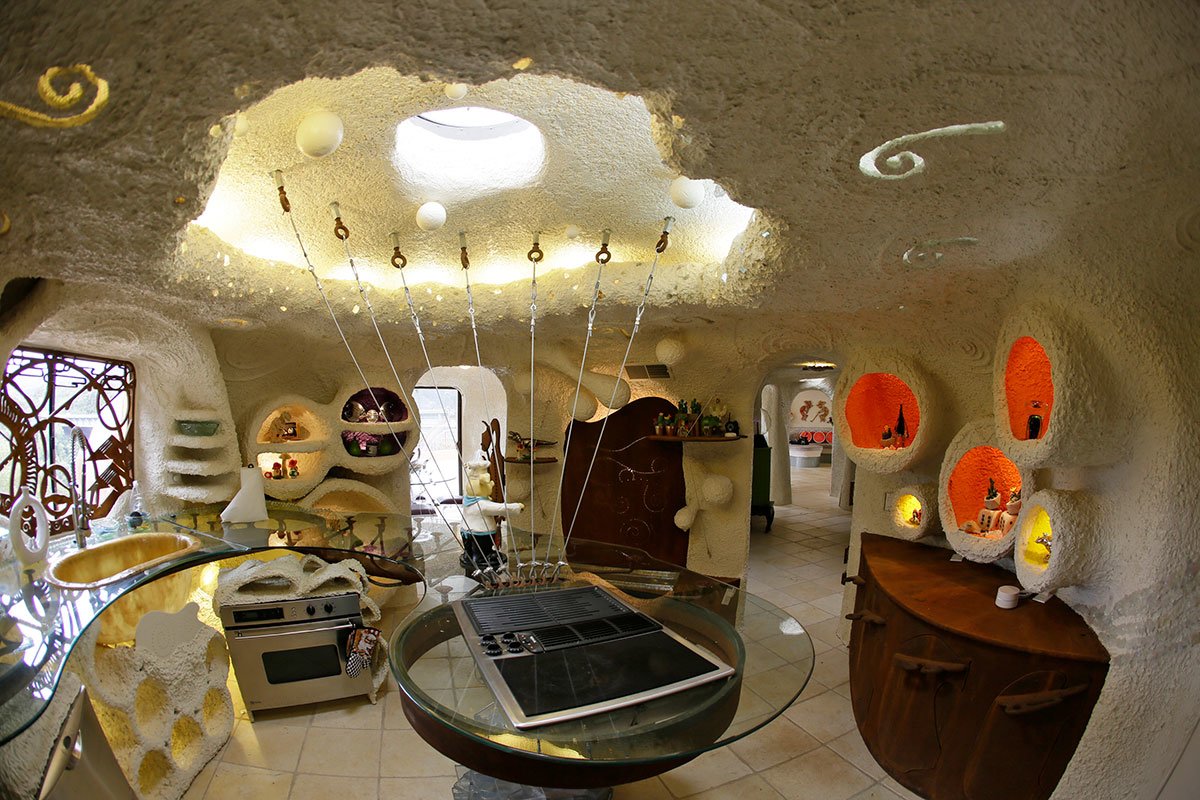 1960snostalgia
Who are you from The Flintstones?
Are you sure you want to delete this comment?
Close

Pacificsun 37 months ago
I lived in that area. And we used to see that house (pre-Flintstone adornment). It was just an unassuming pueblo style clay home. Somewhat of a curiosity, and yet we still took it for granted. It was there for decades! We'd see it from Hwy 280 freeway, off of Crystal Springs reservoir. I can't imagine what those poor neighbors are going through now.
Like (1) Reply Delete

RobCertSDSCascap 37 months ago
I HAVE WAY TOO MUCH MONEY!!!!!!
Like (2) Reply Delete